Without a trace, more than 100 Egyptians disappear from homes, streets: report

At least 163 Egyptians have vanished since April, according to a report released by a Cairo-based rights group 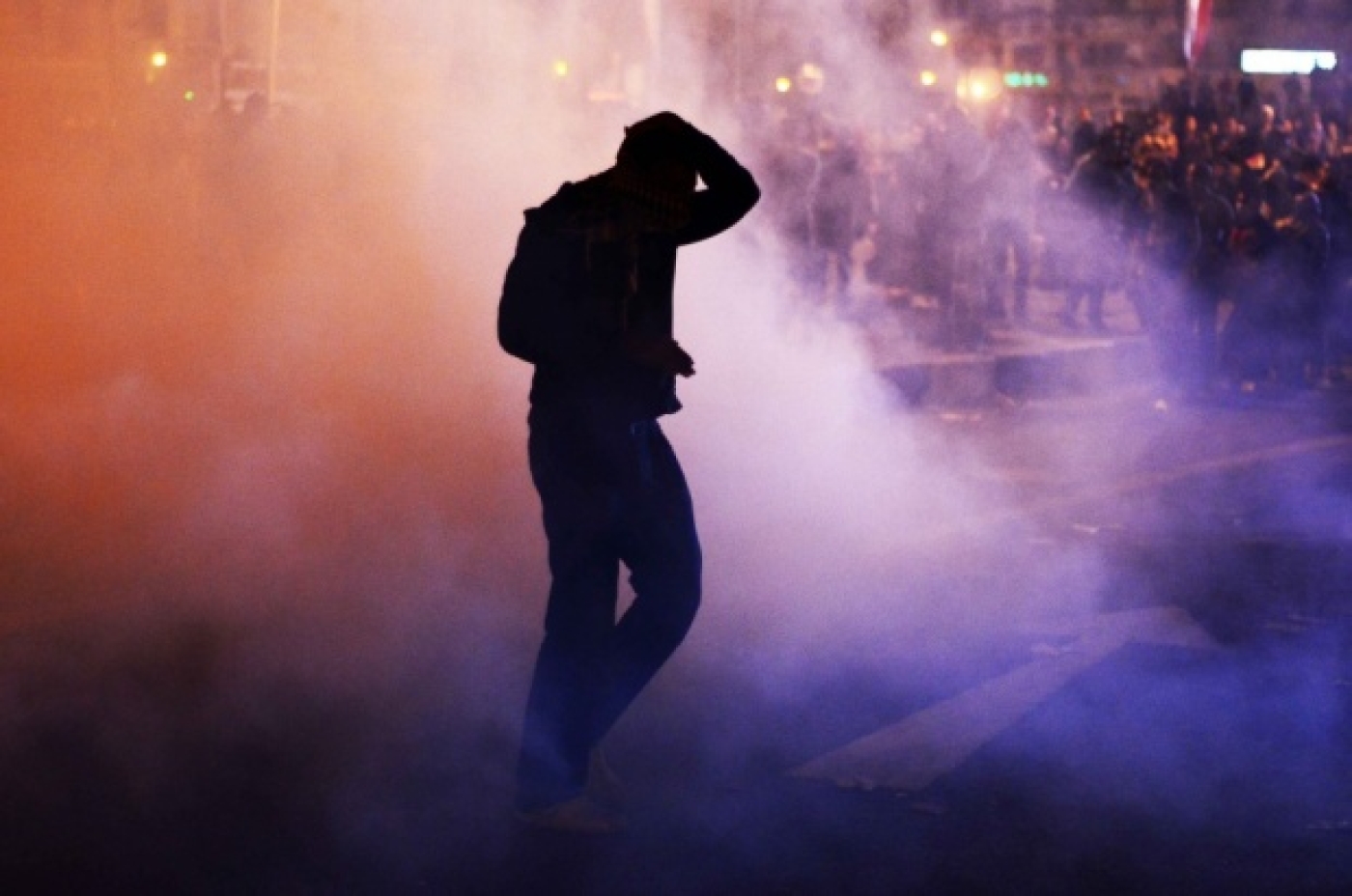 CAIRO - In a climate of police brutality and repression, Egyptian activists and citizens are far from safe when protesting in the streets. But staying home or away from politics is not a safe option either, say activists.

At least 163 people were forcibly “disappeared” between April and 7 June, 2015 across Egypt, according to a report released by Freedom for the Brave, a prisoners’ solidarity group. Only 64 of have returned to their families.

“Some of those who came back talked about detention in state security buildings or being detained in a facility they know nothing about. They are talking about being blindfolded, tortured and questioned without any formal investigation,” said Khaled AbdelHamid, spokesman for Freedom for the Brave.

Two people whose disappearances were documented in Freedom for the Brave's report were later found dead: a man in North Sinai and Islam Ateeto, an engineering student at Ain Shams University in Cairo.

On the morning of 19 May, Ateeto was reportedly attending an exam when an unidentified man in civilian clothes entered the classroom and asked Islam to follow him.

After the exam, Ateeto went missing until the next day, when a statement released by the Ministry of Interior announced that he died in a gunfire exchange with security forces who had found his “hideout” on the desert road. There is no mention of his arrest near the university.

According to the Ministry of the Interior, Ateeto was part of a “death-squad" who killed police officer Wael Tahoon in front of his house in the Cairo neighbourhood of Ain Shams in April. Tahoon’s killers, however, had already been identified and arrested and had confessed to the murder, according to reports.

Eyewitnesses who spoke to Daily News Egypt and security camera footage indicate that Ateeto was arrested near the campus, which contradicts the Ministry of Interior’s version of his death. A forensic report shows that Ateeto was shot five times, but his family members who saw his body say that he also had two broken ribs, a broken left arm, a fractured skull and signs of ropes and torture.

“Islam Ateeto was taken while attending an exam, but there are many other examples of people who have been abducted from their own houses, like Walid Fawzy or Magdy Ashour," said AbdelHamid, referring to one of the main characters in the Oscar-nominated documentary “The Square”.

Freedom for the Brave's findings on disappearances are not isolated. Other human rights groups, including Alkarama and 3adala, have also sounded the alarm in the past month over forced disappearances in the country.

“The al-Sisi government is acting as though to restore stability Egypt needs a dose of repression the likes of which it hasn’t seen for decades, but its treatment is killing the patient,” said Joe Stork, deputy Middle East and North Africa director of Human Rights Watch this week after the group launched a report condemning what it called the country's "flagrant human rights abuses".

Egypt's foreign ministry responded to the report, saying it was politicised and lacked objectivity.

A ministry source recently denied reports of forced disappearances in Egypt's privately owned Al-Shorouk newspaper. "We are in a state of law and we cannot detain citizens in the streets unlawfully," the source said. "Whoever is arrested faces accusations according to judicial orders."

Away from politics, into thin air?

Since Egypt’s uprisings began in January 2011, thousands of people have disappeared around politically related events. Some of them have returned to their families, some later resurfaced in military courts and others, as Middle East Eye has previously reported, have disappeared into thin air.

“There are still hundreds of people who went missing in the past four years and who have not been found until now. But here, we are talking about 163 documented cases only in the past three months,” said AbdelHamid.

Given the stark decrease in street activism and protests since the passage of a protest law in 2013, effectively banning demonstrations, the recent disappearances are particularly worrisome, say activists.

“In the past four years, there were people who disappeared during the revolution, during the Supreme Council of Armed Forces’ rule, under Morsi’s government and after his removal,” said AbdelHamid.

“People were protesting in the streets and disappeared from the streets. But now we are talking about civilians getting kidnapped from their homes. Now we have people who go to their houses, take them and we don’t know where they are,” he said.

Twentysomethings Esraa, Omar and Souhaib were all well aware of the dangers of protesting nowadays in Egypt - and that's why all of them were staying away from politics. But on the evening of 1 June, the trio disappeared while walking on the Nile Corniche after dinner amongst friends.

Esraa al-Taweel, a 23-year-old Egyptian who had spent most of her life in Saudi Arabia, was not interested in political activism, but took part in the January 2011 uprising, documenting it as a photographer.

“She participated in the revolution for the same reason as most Egyptian youth did - to demand freedom and social justice”, said AbdelKhaleq Mohamed, one of her best friends.

Esraa grew closer to AbdelKhaleq when he was released from eight months of detention after he was wrongfully accused of killing a student, most likely killed by the police. “Esraa documented political events because she loves photography and she believes that nice things - as in the case of the revolution - should be recorded,” he said.

On 25 January, 2014, Esraa was taking photos during a protest near the Mostafa Mahmoud Mosque in Cairo when a bullet went through her right leg and ricocheted, hitting her spine. She spent five months in bed recovering and used a wheelchair for nearly another six. A few months ago, she started walking using a crutch.

“Already before her injury, she had stopped participating in demonstrations, especially since many of her close friends and colleagues like Abdullah El-Shamy and Sohaib Saad were arrested," AbdelKhaleq Mohamed said.

Sohaib and Esraa were together the night they both disappeared. He is one of five students standing trial in the high-profile al-Jazeera case, charged with conspiring with the network's journalists, despite having no connection to the Qatar-based channel or to the three reporters indicted in the case.

A judge had released Sohaib on bail on the condition that he present himself in court before the next scheduled session on 4 June. On the morning of 1 June, he appeared in court. By night, he had vanished.

“The night they disappeared, we started to be worried because it was late, but we waited until the next day because we thought that their phones were simply off,” Esraa’s sister Duaa told MEE. “They had simply gone out for dinner.”

By the next afternoon, friends and family started to seriously suspect that the three could have been arrested. “Are you sure that she didn’t run away with her boyfriend? Come back next week,” Duaa said a police officer at the Boulaq al-Daqrour police station told her.

“After two days, Esraa’s phone was briefly on and she rang her sister. When Duaa called back, her phone was off again,” said Sara, one of Esraa and Sohaib’s best friends.

Why, Sara wondered, wouldn’t Esraa call again if she had simply run away on a highly improbable romantic getaway. “A few days later, Omar also called his mum, but when she picked up she heard some noises. and then someone hung up on the other end of the line,” Sara said.

Through a friend of a friend, friends and family were told that Esraa, Omar and Sohaib were held in the “Villa”, a National Security building behind the Maadi police station, Sara said.

“By the time we filed a report to the General Prosecutor and asked to know if they had been arrested, we were told that they were not there,” she said.

Court appearance – or not

Esraa had friends from many different political backgrounds but had never been close to any particular group or party. Omar worked for a military company as an engineer. So family and friends thought that perhaps the two had been arrested because of their friendship with Sohaib.

Maybe the two would resurface at Sohaib’s next court appearance. At least he would, they thought.

But on 4 June, at the first court session after their disappearance, Sohaib was not in court. The prosecutor, noting his absence but seemingly ignoring reports of his forced disappearance and his possible arrest by security officials, demanded Sohaib’s arrest if he did not show up at the next hearing.

On 11 June, Sohaib was still absent, in court and the judge issued an arrest order against him.

“It was our best hope to know something about them in an official way, but it is just crazy that he has an arrest order pending upon him, when he is probably already being held under arrest,” Sara said.

While the three failed to appear in court, there was news: from a cage inside the courtroom during a hearing, defendants told Esraa and Sohaib’s friends that Omar was being held in their block in Cairo’s Tora Prison.

There weren’t any official papers to confirm his detention, but the other prisoners said he was in the infamous al Aqrab - “the Scorpion” - a maximum-security facility buried in the desert two kilometres away from the main buildings of the Tora complex. Built in 1993, the Scorpion was built to host around 100 “forgotten” inmates. It is often compared to Guantanamo Bay for the torture and abuse to which detainees are subjected.

Together with other military prisons like el-Azouli, the Scorpion is also one of the many black sites where people who have gone missing have reportedly been detained without any formal investigation or charges brought against them.

“There is a subtle difference between forced disappearance and kidnapping," said Freedom for the Brave's Khaled AbdelHamid. "Kidnapping is when someone is abducted, he is questioned and held without investigation, but we know where he is."

According to the authorities, those people have never been arrested, but they have disappeared or are simply missing. 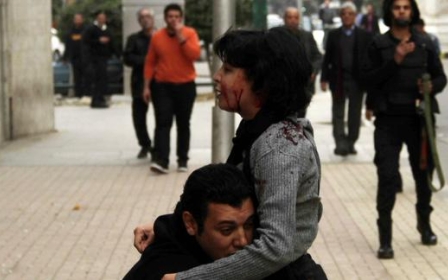 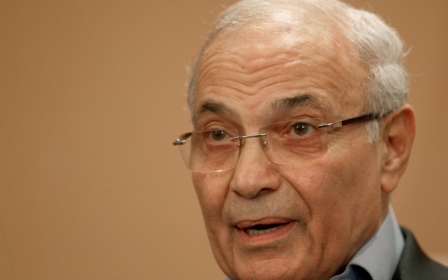 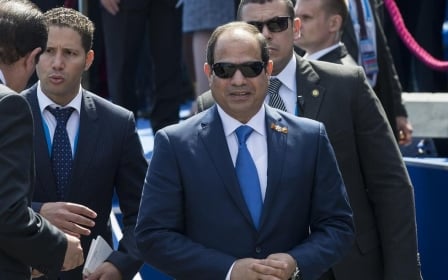