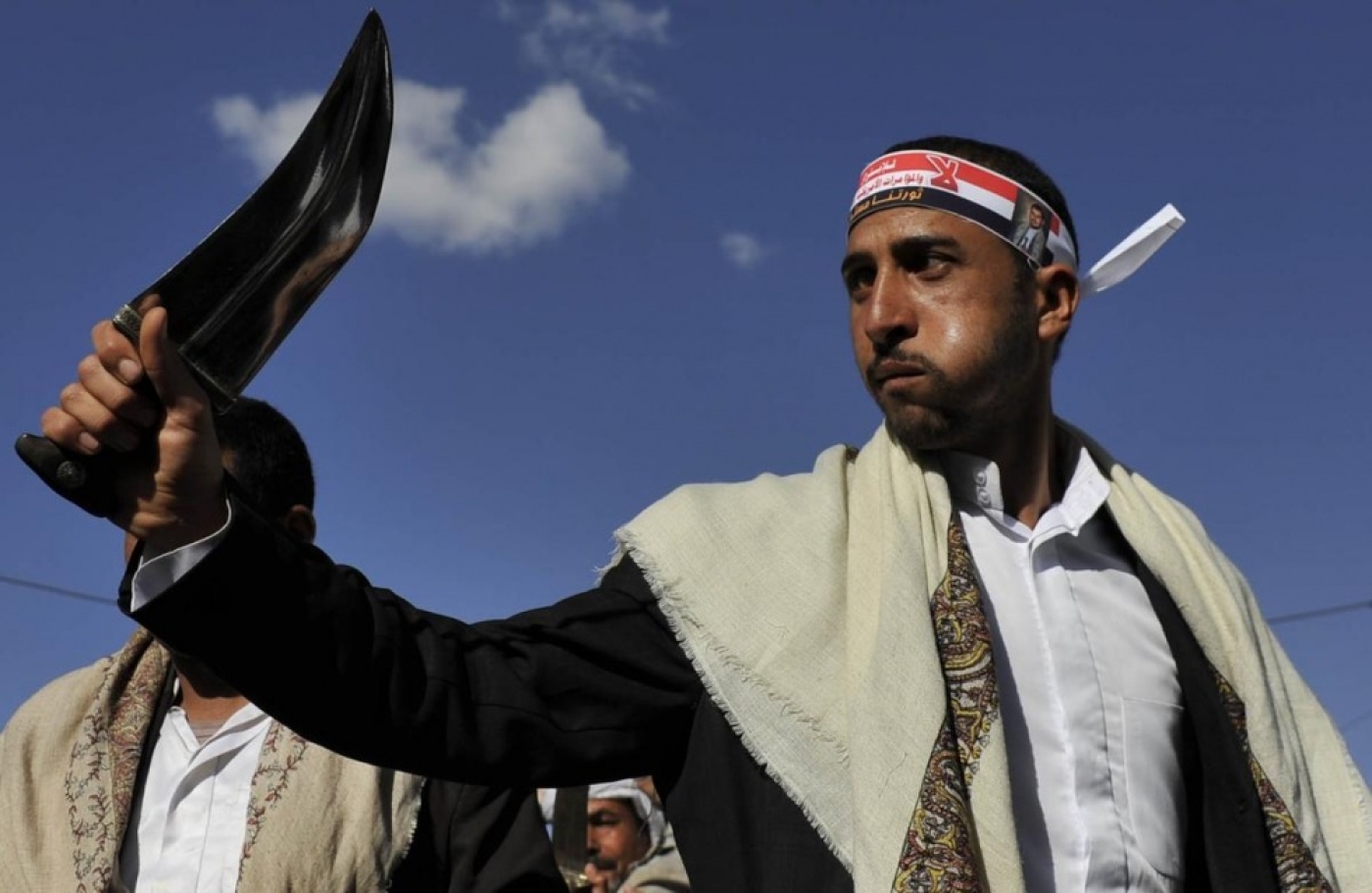 Members of the Ansarullah Movement (Houthis) march and chant slogans during a protest at the Sittin street in Sanaa on 20 February, 2015 (AA)
By
MEE and agencies

"The Houthis believe that nothing good can come of the Security Council," senior Houthi member Mohamed al-Bukhaiti told the Anadolu Agency.

"Council resolutions are never based on ethical or logical considerations," he added.

He said the UNSC should have issued a resolution suspending what he called "aggression" against Yemen.

The UN Security Council on Tuesday adopted a resolution imposing an arms embargo on Yemen's Houthi militia and demanding they pull back from territory they have captured.

Russia abstained from the vote, but did not veto the measure that was backed by the other 14 of the 15 council members.

Al-Bukhaiti, for his part, said the Houthis would not abide by the decision.

Houthis use schools 'as bunkers and weapons depots'

At least 364 civilians have died in the fighting so far, some of which during the airstrikes while others by shelling reportedly carried out by the Houthi militiamen.

The Saudis say that the Houthis are using schools and sports stadiums as bases for operations.

"Houthi militants continue to use schools and sports facilities as bunkers and weapons depots, and they're currently in a defensive position hoping to escape with their equipment for fear that the coalition forces will destroy them," coalition spokesman Ahmed al-Asiri said.

Riyadh says the campaign comes in response to appeals by Yemeni President Abd Rabbuh Mansour Hadi to "save the [Yemeni] people from the Houthi militias."

The Houthi militiamen, for their part, consider the onslaught a "blatant violation of Yemeni territory".

Yemen has remained in turmoil since last September, when the Houthi militia overran capital Sanaa.

Hadi and many Yemenis accuse Iran of supporting the Houthis, a charge that Tehran and the militiamen deny.

Coalition warplanes targeted Houthi positions in Crater, Khor Maksar and other districts of Aden, which has seen heavy clashes between pro- and anti-government fighters.

In Daleh province, north of Aden, Hadi loyalists carried out several attacks that killed 16 Houthi militiamen, according to pro-government sources.

It was not possible to independently verify the toll and the Houthis rarely acknowledge their losses.