China and the Gulf: Why the UAE is deepening ties with Beijing

Camille Lons
Despite uncertainty over China’s long-term regional ambitions, the UAE’s need for investment at a time of decreasing oil prices means it has rolled out the red carpet 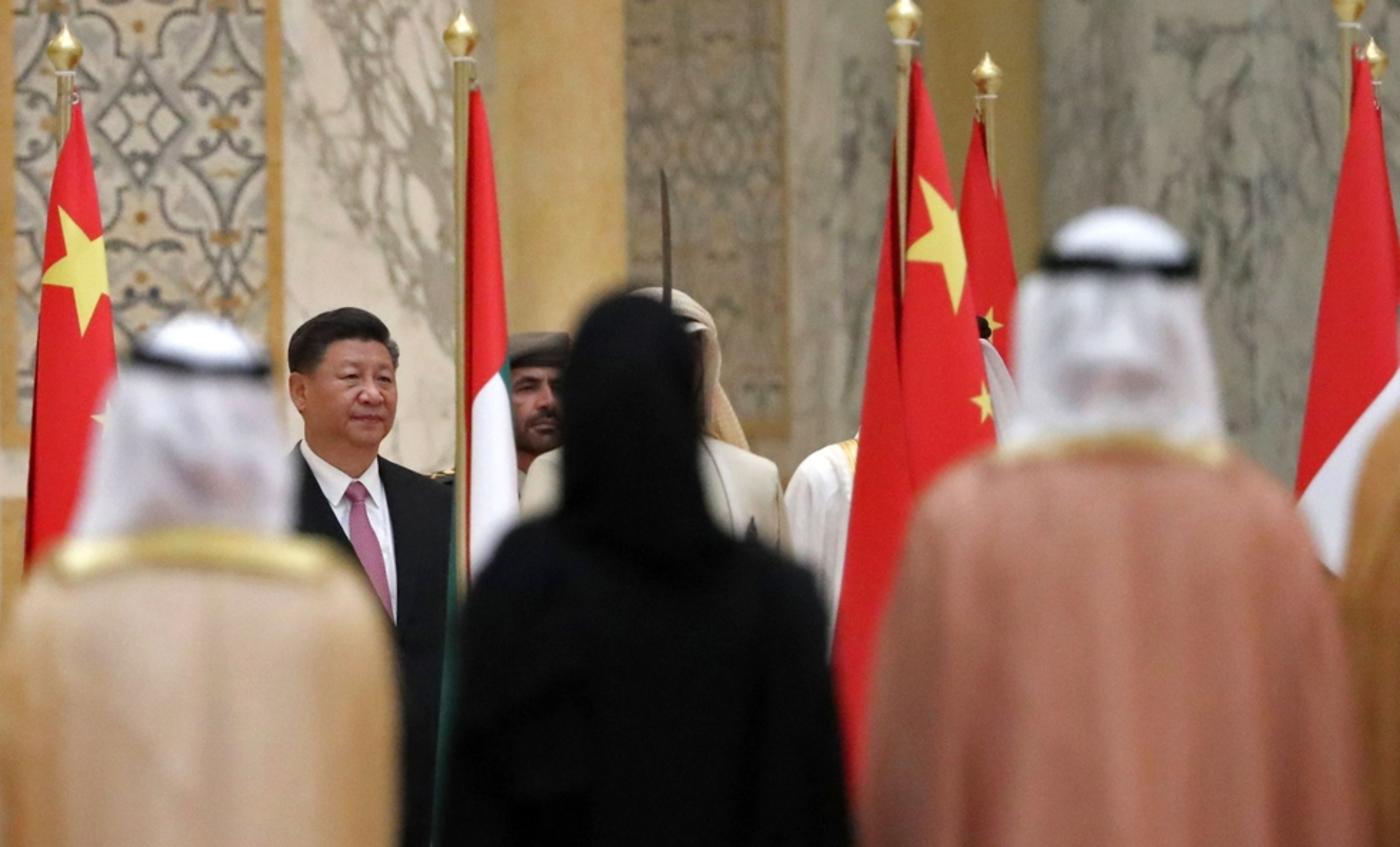 The UAE rolled out the red carpet last week for Chinese President Xi Jinping, marking the first visit of a Chinese leader to the country in three decades.

At a time when China’s increased footprint in the Middle East has come under the spotlight, the two countries announced the signing of 13 agreements in various sectors, including energy cooperation.

“We have many areas of political and economic agreement and a solid base of projects in the energy, technology and infrastructure sectors,” Dubai ruler Sheikh Mohammed bin Rashid Al Maktoum wrote on Twitter on Friday.

“More importantly, [we have] a strong political will to start a greater phase of cooperation and integration.”

Observers remain cautious of Beijing's long-term strategic objectives in the region. Playing on a narrative of neutrality and non-interference in internal affairs, China has benefitted from the regional rivalries tearing up the Gulf to advance its own ambitions.

Over the past few years, Gulf countries have perceived China - the top global oil importer - as an increasingly important player. Beyond energy trade, what has attracted their interest is China’s Belt and Road Initiative (BRI), which aims to create a global network of land, air and maritime trade routes, with China at the centre.

Aware of China's weight in regional trade routes, the UAE has been cautious to make its maritime investments compatible with Chinese ones

The Gulf occupies a key position in Belt and Road at the crossroads of Europe, Africa and Asia, and Chinese state-owned shipping and logistics companies have already started ramping up infrastructure investments in Gulf ports. At a time when Gulf countries are trying to diversify their economies away from oil, Chinese investments and their positioning on global trade routes represent an important opportunity.

The UAE in particular is imposing itself as a key partner for China's regional ambitions. China is already one of the UAE's top trading partners, but the UAE also presents many advantages for the BRI. Dubai has become a major regional trade hub, with Jebel Ali standing as the largest container port in the region.

The UAE has also developed a strong presence in many ports around the Gulf, the western Indian Ocean and the Red Sea. State-owned DP World, a key commercial tool for Emirati maritime diplomacy, has increased its presence in the Horn of Africa, while the Yemen war has allowed the UAE to develop its influence in that country and around the vital Bab el-Mandeb strait, through which an estimated 4.8 million barrels of oil flow daily.

Aware of China’s weight in regional trade routes, the UAE has been cautious to make its maritime investments compatible with Chinese ones - but on several occasions, the two countries have presented competing interests. In Djibouti, China won the rights to develop its military base at the expense of the UAE. Djibouti is believed to have ended its contract with DP World for the management of Doraleh port, in order to offer it to the Chinese.

While China presents itself as neutral vis-a-vis the internal affairs of other states, the UAE’s increasingly aggressive foreign policy - including the Qatar blockade and the rising anti-Iran rhetoric - has raised concerns in China. China has urged its Gulf partners to resolve the Qatar crisis, concerned over the negative impacts on regional freedom of trade.

To avoid dependency on any specific country, China has been cautious to diversify its partnerships and investments in the region, including with Abu Dhabi’s rivals. It has even, at times, played smartly on regional rivalries to advance its own objectives.

China has maintained close bilateral relations with Qatar, with the two countries signing a strategic partnership agreement in 2014. Trade volumes between the two countries have significantly increased over the past year, and China surpassed the US to become the biggest exporter to Qatar in 2018. China has also invested extensively in the infrastructure of Hamad Port, while Qatar has reportedly acquired Chinese-made SY-400 short-range ballistic missiles.

Perhaps most importantly, China could play an important role in Iran, as the US threatens to reinstate full sanctions on oil exports by November. The Islamic Republic occupies a strategic location on the BRI, and after the 2015 nuclear deal, Beijing and Tehran agreed on a plan to increase bilateral trade tenfold in the ensuing decade.

However, the US pullout from the nuclear deal makes the future of China-Iran relations harder to predict.

The open trade war between the US and China, and the withdrawal of European and US potential investments in Iran, could incite China to increase its oil imports and trade relations with Tehran. But Chinese oil infrastructure is of poor quality and Iran was counting on European investments on that front and some big Chinese companies and banks would still be exposed to US sanctions.

For the UAE, developing its partnership with Beijing could be a way to ensure its role in the Belt and Road and to maintain leverage with Iran. The UAE has a limited picture of China’s long-term ambitions in the region, and what this could mean for its own strategic interests - but its need for investments at a time of decreasing oil prices leaves few options on the table.

- Camille Lons is a researcher at the MENA programme of the European Council on Foreign Relations (ECFR). Her research focuses on Gulf political dynamics.

Photo: Chinese President Xi Jinping (C) greets a group of Emirati ministers at the presidential palace in the UAE capital on 20 July 2018 (AFP) Iran Nuclear
Iran should turn to China, Russia, in response to US hostility: Official