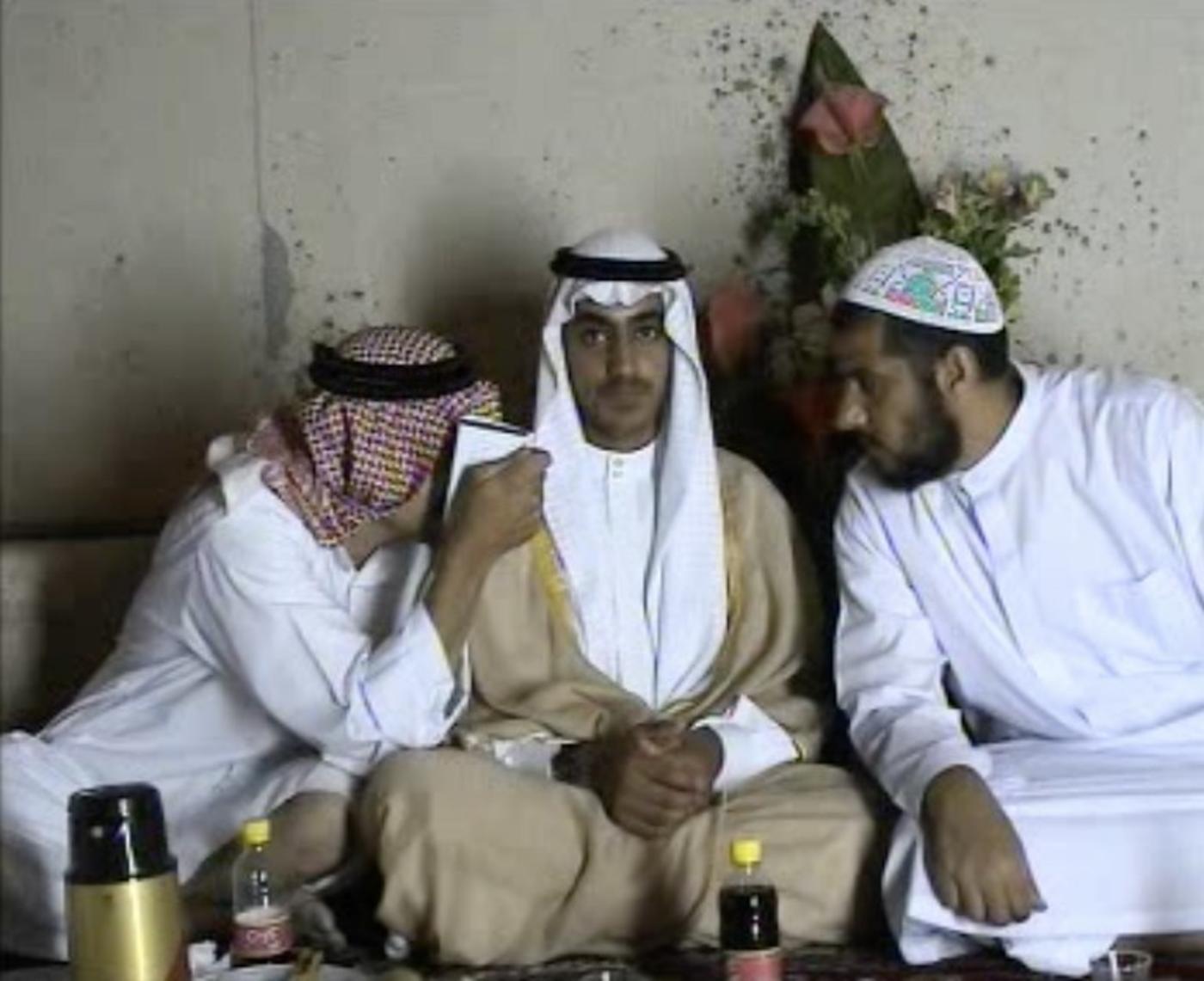 On 1 November, the Central Intelligence Agency (CIA) published nearly 470,000 files – 321 gigabytes – of Osama bin Laden’s digital library, taken from devices found in his compound in Abbottabad, Pakistan. The leader of al-Qaeda was killed in a raid by US Seal Team Six in May 2011, according to United States authorities.

This was the fourth major release of bin Laden documents, which followed the first trove published in May 2015.

The fascinating part of this release story is that the first outlet that published the link between Iran and al Qaeda, based on a 19-page report that was distilled with extraordinary speed from almost half-a-million files, was the Long War Journal (LWJ), the publication of the neoconservative Foundation for the Defense of Democracies (FDD).

The LWJ had prepared a post, ready to go upon release, to provide early context to the huge cache: Iran cooperated with al-Qaeda

"The CIA," according to the journal, "provided FDD's Long War Journal with an advance copy of many of the files.” But why the FDD received the files from the CIA before the public is not clear.

What gives this neoconservative advocacy organisation such a privileged status compared to the hundreds of other organisations with similar expertise that the CIA chooses to make the documents available to it in advance?

That question is at least partially explained by a post that the LWJ made immediately after the files were released. The LWJ had prepared a post, ready to go upon release, to provide early context to the huge cache: Iran cooperated with al-Qaeda and could now be labelled as a “state sponsor of terror” based on al-Qaeda’s internal documents.

The next step? Advocating regime change in Iran similar to that which occurred in Iraq’s case.

The FDD is said to be a Washington, DC based think tank. But in reality, it is a centre dedicated to regime change in Iran and exerts influence over the US government to achieve its goal. In a 19 October gathering at the FDD, the US National Security advisor HR McMaster declared, "I love FDD." The summit’s other guest was CIA Director Mike Pompeo.

Pompeo was greeted by Juan Zarate, chairman and senior counselor of the FDD, who said, "There's no secret here. I’m not an unbiased journalist. I’m a fan of this director. … Frankly, I love the man."

The story is reminiscent of the claim that al-Qaeda members were trained by the secular and nationalist Baathist Iraqi dictator, Saddam Hussein

When Zarate asked Pompeo about the "Iranian-Al Qaeda link," Pompeo replied, "I think it's an open secret, and not classified information, that there have been relationships, there are connections. There have been times the Iranians have worked alongside Al Qaeda. Well actually, the CIA is going to release, here, in the next handful of days, a series of documents related to the Abbottabad raids that may prove interesting to those who are looking to take at this issue take a look at this issue a little bit further."

Describing the 19-page report as "a senior jihadist's assessment of the group's relationship with Iran," the LWJ maintains that “the author [of the report] explains that Iran offered some 'Saudi brothers' in al Qaeda ‘everything they needed,’ including ‘money, arms’ and ‘training in Hezbollah camps in Lebanon, in exchange for striking American interests in Saudi Arabia and the Gulf.'"

Familiarity with the intricacies of the religious differences and hostile relations between extremist Sunnis and Shias in the region makes the story of training al-Qaeda operatives in Hezbollah camps a dubious one.

The story is reminiscent of the claim that al-Qaeda members were trained by the secular and nationalist Baathist Iraqi dictator, Saddam Hussein. That claim, which made little sense from the outset, was debunked officially by the US government after it reviewed 600,000 documents captured by the US military during the 2003 invasion of Iraq.

Worthy of note are the contradictory descriptions presented by the journal regarding Iran-al-Qaeda relations. The journal's analysis at one point reads: "There has been hostility between the two. Al-Qaeda even penned a letter to (Iran's leader) Ayatollah Khamenei demanding the release of family members held in Iranian custody.

Other files show that al-Qaeda kidnapped an Iranian diplomat to exchange for its men and women. Bin Laden himself considered plans to counter Iran’s influence throughout the Middle East, which he viewed as pernicious (emphasis added).”

In May 2015, just before the release of the first batch of documents collected from bin Laden's compound, the investigative reporter Seymour Hersh, in a lengthy report based on a number of American sources, revealed official Pakistani and Saudi aid given to bin Laden while he lived in Abbottabad.

"The Saudis feared if we knew we would pressure the Pakistanis to let bin Laden start talking to us about what the Saudis had been doing with al-Qaida. And they were dropping money – lots of it," said the retired intelligence official knowledgeable about the case and “the various after-action reports."

Both the Saudis and Pakistanis remain unaffected as US allies to this date.

Hersh also referring to an official who had claimed that the raid produced a "treasure trove. … The single largest collection of senior terrorist materials ever,” he quoted the retired intelligence official as saying, “Every single thing they have created turns out not to be true. It's a great hoax – like the Piltdown Man."

'These moves suggest he's reverting to the Bush administration's playbook: emphasise terrorist ties as a rationale for regime change'

Meanwhile, Edward “Ned” Price, a former CIA officer, in a lengthy tweet thread, recently warned the public about the authenticity of the documents establishing cooperation between Iran and al-Qaeda.

The tweets read: “In January, the DNI [Director of National Intelligence], which led the declassification effort, released what it said was the final tranche of Bin Laden files." But things changed when Pompeo came into office as the CIA director working under the DNI. "I'm told he re-launched a review of the files," Price asserted. "Unlike previous releases, today's files are hosted on CIA.gov, not the DNI site. … It seems he's convinced the unreleased files would tie al-Qaida to Iran."

“What's not as transparent are the motives of Pompeo, the administration's leading and most influential Iran hawk. But these moves suggest he’s reverting to the Bush administration's playbook: emphasise terrorist ties as a rationale for regime change.”

Price warned: “It was a key element of the march to war. History doesn’t repeat itself but it does rhyme."

There is no definitive way to prove any ominous intention in the current process. Several factors, however, depict a very concerning picture of the future of the Middle East as a result of a possible military confrontation between the US and Iran: The sudden discovery of this document, the involvement of FDD in this story, the warm relations between the organisation and Iran hawks in the Trump administration, and Trump's unwavering hostile position toward Tehran.

- Shahir Shahidsaless is an Iranian-Canadian political analyst and freelance journalist writing about Iranian domestic and foreign affairs, the Middle East, and the US foreign policy in the region. He is the co-author of Iran and the United States: An Insider’s View on the Failed Past and the Road to Peace. He is a contributor to several websites with focus on the Middle East as well as the Huffington Post. He also regularly writes for BBC Persian. He tweets @SShahisaless.

Photo: An undated file video grab released by the Central Intelligence Agency  on 1 November 2017 and taken by researchers from the Federation for Defense of Democracies' Long War Journal, shows an image from the wedding of killed Al-Qaeda leader Osama Bin Laden's son Hamza (AFP)