Couscous deserves world heritage status as a food of the Maghreb

Smaïl Goumeziane
With the origins and identity of couscous at risk in today’s globalised world, it is high time we recognise the historic, cultural and culinary heritage of North African couscous 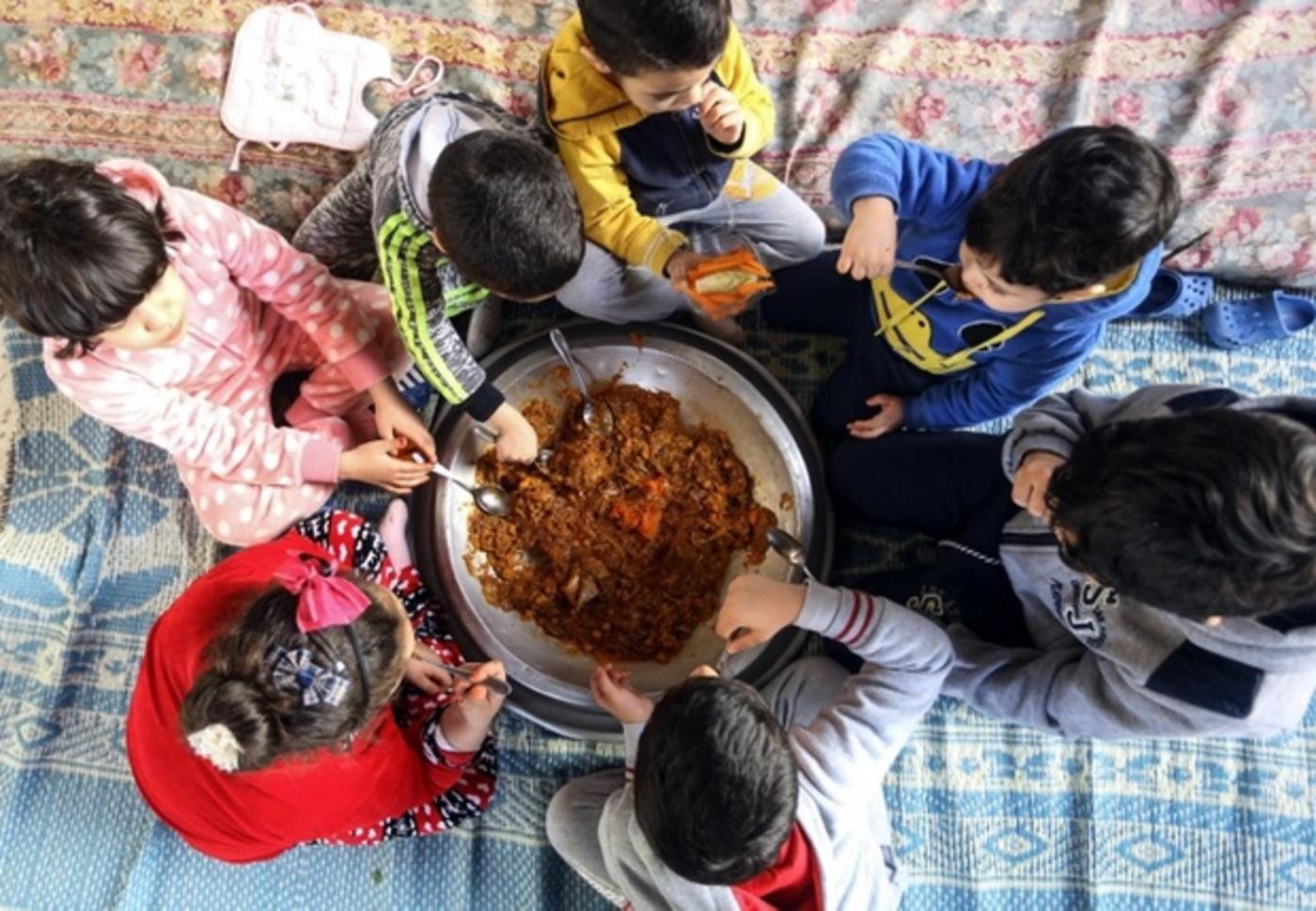 Experts in Algeria are working on a project to include North African couscous on UNESCO's world heritage list. Though in practice the dish is already enjoyed around the world, its origins remain hotly disputed - and unsurprisingly so, given the prevalence of couscous throughout much of the Middle East and North Africa, not to mention the various traditions of preparing, cooking and eating the grain.

Of course, all of this only adds to the couscous confusion, at once diluting and distorting the staple's "transculturality" while endorsing its imitations.

To raise awareness and protect the signature dish of North Africa, what could be better than a UNESCO classification? The fact is, couscous, or seksu in Berber, is not just a simple stew-topped semolina dish, nowadays available around the world.

It is part of a multifaceted, common culture that brings people together throughout the Maghreb.

For many who have had the chance to taste it, it is first and foremost a flavourful dish that can accommodate an incredible number of sauces or stews, and it is found on the menu of any self-respecting international restaurant.

Yet despite the multiplicity of recipes, traditional couscous is still made according to a precise set of rules, which have been tested over the centuries.

For starters, couscous is customarily made from durum wheat semolina, and more rarely from barley semolina. Next, the grains are cooked in a steamer, called a couscousier in French. Lastly, they are coated with butter or cooking oil.

Couscous can be served as either a savoury main course combined with a spicy sauce and a meat, fish or vegetable stew, or a sweet dessert flavoured with honey, spices and dried fruits.

But to be called a true North African couscous, there are four essential conditions: grain semolina, made from coarsely ground grains (durum wheat and barley); couscous granules, made by rolling, shaping and drying semolina; the use of a steamer, or a couscousier, to cook the grains; and the addition of olive oil, argan oil or butter, to coat the grains.

To be called a true North African couscous, there are four essential conditions

These four things aside, however, couscous can be accommodated by an almost endless variety of sauces, spices, vegetables and meats.

Yet couscous is much more than an internationally renowned dish served at the tables of prestigious chefs. It is a centuries-old tradition at the centre of a shared cultural identity throughout all of North Africa.

Born in the Sahara

Historians and archaeologists believe that couscous was first made in the present-day Sahara well before it became a desert.

Excavations in the Tassili n'Ajjer region have revealed a number of wild grain seeds and grain-grinding tools (flat grinding stones, pestles and millstones). Sometime around 18,000 BC, desertification would cause proto-Berber populations to migrate.

Some would settle in the sub-Saharan Sahel, where they would grow millet to produce semolina and couscous. Others would migrate into the northern Maghreb, to the island of Siwa, in Egypt's northeast, and to the Atlantic coast in the northwest.

In the region the Romans called Barbary (and the Berbers Tamazgha, the land of the "Imazighen", or free men), semolina and couscous, made from durum wheat and barley, would become the dietary staple.

Other findings, such as stone and terracotta couscous-making utensils found in tombs dating back to the days of the Berber ruler, King Massinissa, in the third century BC, have confirmed this theory.

At the beginning of the 15th century, Ibn Khaldun, the prominent Arab scholar and philosopher, is quoted as saying "the Maghreb begins where men wear burnous and stops where people do not eat couscous".

The citation is actually taken from Al Mouhadarat, a work by the 17th-century Moroccan historian, Lahsen el-Youssi, in which he defined the Berbers as men with “shaved heads, couscous, and burnous”.

Yet even then, couscous had already migrated beyond its "natural borders", partaking in the Berber-Arab conquests of Andalusia, southern France and Sicily. Mention of "coscosson" is made as early as 1532 in Rabelais's novel Gargantua. Since then, couscous has found its way into countless novels, travel stories and children's stories, and is now the subject of post-doctoral research in the Maghreb and France.

In Sicily, couscous still plays an important part in local culinary tradition. For years, the village of San Vito do Capo has been the host of the "couscous-making world championship", welcoming dozens of chefs from a number of countries. In 2017, a chef from Angola won the competition, dethroning the 2016 winner, a chef from Palestine.

The dish has always been central to life in North Africa, bringing people together in good times and bad. A symbol of hospitality, sharing and conviviality, it is the expression of a shared cultural identity among the region’s tribes and communities and an important part of most celebratory meals, gatherings (weddings, births) and rituals (funerals).

For years, couscous-preparing knowledge was passed from mother to daughter and played an essential role in North Africa's patriarchal society. Indeed, the know-how was an important “intangible” element of a young woman’s dowry.

From the early 20th century on, however, such traditional know-how would start to fade. At the time, couscous production would become increasingly mechanised, thanks in part to innovations made by families like the Italian industrialists, the Ferreros, who had settled in Algeria and set up mills in Blida and Bou Saada.

The story of couscous continued nonetheless. First, thanks to the earliest generation of North African immigrants to Europe (mainly to France and Belgium) during World War I; then, with the return of colonial populations (the “pied-noirs”) to their native countries, following the decolonisation of the Maghreb.

In less than 50 years, couscous would become one of France’s three favourite savoury dishes

In less than 50 years, couscous would become one of France’s three favourite savoury dishes. Today, couscous is produced and eaten around the world, thanks to globalisation.

EBRO foods, based in Spain - the owner of brands such as Danone, Panzani and Ferrero - is the world’s leading producer of couscous, far ahead of Algeria, Tunisia and Morocco. Couscous “made in China” is available, too, and is even being exported to Algeria.

Even worse, an increase in inferior products has been seen over the past few years. Take, for example, the Tel Aviv company that distributes what is branded as "Israeli couscous", a product made from coarse semolina grain and flour, which is toasted and not dried. The grains can be cooked in a few short minutes, without using steam or a steamer, and can be eaten in salads.

Clearly the product is more about selling lies than modernising a staple food. However, it is a telling example, all the same: couscous could lose its traditions and cultural identity for good.

So as you can well imagine, it is indeed time for the historic, cultural and culinary tradition to be given world heritage status as a common and multifaceted cultural expression - and wishing every success to the campaign for granting it UNESCO protection.

-Smaïl Goumeziane holds a doctorate in economics and a degree in sociology. The former secretary general of the Ministry for Light Industries, the managing director of two national food groups specialised in the production, distribution and import of grain products (pasta, semolina and couscous), the secretary general of the Ministry for Heavy Industry from 1988 to 1989, and was Minister of Commerce from 1989 to 1991. He was a professor of development economics and international relations at the University Paris Dauphine from 1994 to 2006. From 2006 to 2016, he was an associate professor at the Institute of Higher Management (ISM) of Dakar-Sénégal. He is the author of several books.

The opinions expressed in this article are the author’s and do not necessarily reflect the editorial policy of Middle East Eye. 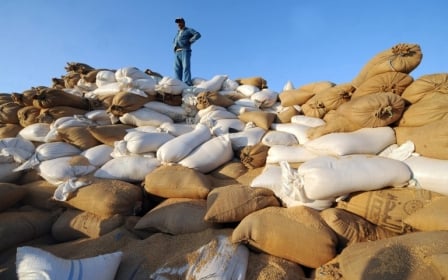 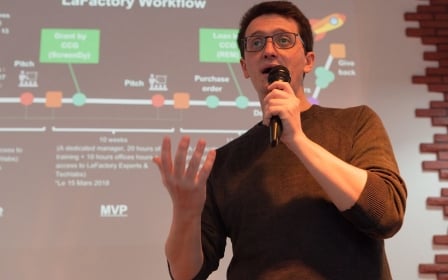