Couscous, capitalism and neocolonialism in Tunisia 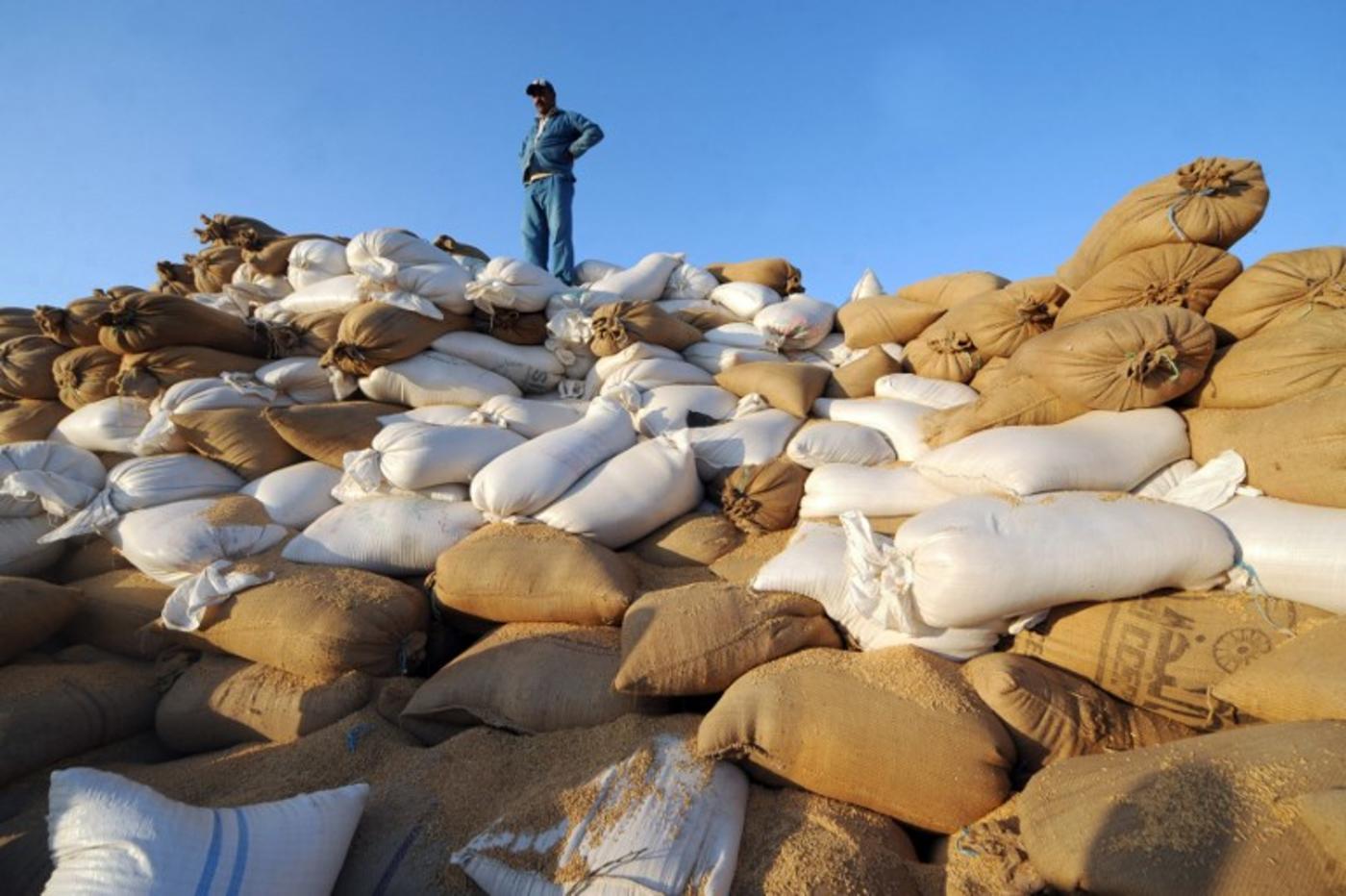 On the ferry from Europe to Tunisia in May, I met a middle-aged Tunisian man on his way home for a visit from the northern Italian city of Ancona, where he had worked in a plastic factory for the past 15 years.

'You’ll see, in ten years we’ll import sandwiches from Italy. To make a sandwich, we’ll have to go get the flour from Italy.'

The man confessed that he had often questioned his decision to abandon his village near the Tunisian-Algerian border to seek work in Italy, where - contrary to popular belief, he declared - there was little proper food to be found.

In his village, he said, his family grew everything they needed. He launched into an enthusiastic run-down of the bread-making process.

Unfortunately for my little-while friend and other global inhabitants, however, the current international economic order does not look kindly on hints of self-sufficiency or agricultural independence.

In a brand-new documentary Couscous: Seeds of Dignity by Tunisian geographer and academic Habib Ayeb, one Tunisian farmer incidentally laments: “You’ll see, in ten years we’ll import sandwiches from Italy. To make a sandwich, we’ll have to go get the flour from Italy.”

The film, which is so beautifully shot that one feels continuously tempted to photograph the screen, deals with issues relating to food sovereignty in Tunisia from the ground up - from the point of view of the small farmer, whose expertise and physical bond with the land have been rejected and violated at every turn by corporate-capitalist agricultural policies designed to wrest as gigantic a profit as possible from the human need to consume food.

Herbicides as a food group

Couscous begins with some sobering statistics, such as that, while the vast majority of Tunisian farmers own less than 10 hectares of land, three percent of farmers own 36 percent of the total agricultural area and one percent owns 22.

The potentially existential dangers of the big business approach to farming are understood all too well by the interviewees in the film, who with eloquence, humour and dignified rage reveal the details of a panorama in which, for example, lucrative for-export crops are cultivated at the obvious expense of the local population.

In the case of wheat, watermelon and other Tunisian crops, the farmers describe how local seed varieties were overtaken by imported varieties that proved far less resilient to climate disruptions as well as inferior in numerous other ways.

Complaints include subpar harvests, less flavour and nutritional value, a proliferation of seeds with nonrenewable traits - meaning, for instance, that watermelon seeds can’t be replanted and instead have to be continually repurchased from the supplier - and a toxic reliance on pesticides and chemicals, also imported from abroad.

Of course, the masters of Western agribusiness are so well-versed in the art of propaganda that anyone perusing literature circulated by, say, US biotech corporation Monsanto is liable to come away thinking herbicides are a veritable food group.

One particularly animated character in the film - named, as irony would have it, Eisenhower - rails against “the West’s strategy” to dominate markets and keep Tunisia “ever under their heel”.

What is the basis of colonialism if not the destruction of indigenous tradition for the purpose of further enriching the rich?

Asserting that he has never used any of “the chemical products that we import [that] have killed the soil,” Eisenhower speculates that the West in fact “wants to kill our agriculture".

Another interviewee casts Tunisian agricultural dependency as a sort of remote “colonisation” in which acting colonial agents - seed manufacturers and so forth - require no physical occupation of the country in order to extract profit.

Indeed, what is the basis of colonialism if not the destruction of indigenous tradition for the purpose of further enriching the rich?

Fortunately for the neocolonialists, there are plenty of international entities eager to do their bidding - in Tunisia and beyond - in the interest of maintaining global power structures and hierarchies.

For a taste of just how disastrously power can align against the poor peasant, consider Indian physicist and environmentalist Vandana Shiva’s reports on how “the World Bank’s structural adjustment policies forced India to open up its seed sector to global corporations like Cargill, Monsanto and Syngenta” in 1998.

This, effectively, was the neoliberal green light for an assault on the natural landscape and on farmers themselves, many of whom were driven into insuperable debt. As Shiva notes, a suicide epidemic ensued.

Back in Tunisia, meanwhile, economic oppression has also prompted suicide - most notably in the case of Mohamed Bouazizi, the street vendor whose self-immolation in 2010 set off the Tunisian revolution.

According to farmers in Couscous, the post-revolutionary administration has been decidedly inattentive to their needs, instead favouring large producers and other agricultural profiteers.

Case in point: a 2016 dispatch at the Open Society Foundations website discusses how Tunisian small farmers relying on springs and wells have “been undermined by investors who are able to drill more wells for their large-scale irrigation schemes”, while the Tunisian "government exempts large farmers from water and irrigation taxes” but forces small farmers to pay them.

Lest anyone despair, however, the American outfit euphemistically known as USAID is ever on hand to endow self-interested machinations in the developing world with a facade of assistance, progress and sustainability.

This momentous occasion is predictably attributed to none other than USAID itself. In the aftermath of the revolution, the report states, the organisation “began working with local [Tunisian] partners on a broad range of economic development programs to address some of the underlying causes of the revolution: high unemployment, lack of opportunities, and barriers to economic growth.”

But a gourmet export market does not an antidote to socioeconomic inequality make. This is particularly glaringly obvious when - as Ayeb recently pointed out to me - olive oil is prohibitively expensive for many Tunisian families despite being a staple of the national diet and despite the saturation of much of the country with olive trees.

A litre of olive oil can cost 10 dinars (approximately $4) in southern Tunisia - the equivalent of a “‘good’ daily salary” for a Tunisian agricultural worker, said Ayeb.

Near the end of Ayeb’s documentary, a researcher at the National Gene Bank of Tunisia offers his own interpretation of food sovereignty as comprising the right of the farmer to decide what to grow and how to grow it. He remarks: “I don’t want my children, my grandchildren and future generations to be dependent on Western or other countries who decide what they eat.”

In the end, it’s tough to sow dignity in hostile terrain - and those who keep trying deserve all the more respect for their efforts.

Photo: Tunisian farmers collect bags of wheat on 10 July 2010 in the vicinity of the commune of Kalaat el-Andalous in the Ariana Governorate of northern Tunisia. Tunisia's government reported a major shortage of the dietary staple in the harvest of 2010 (AFP) 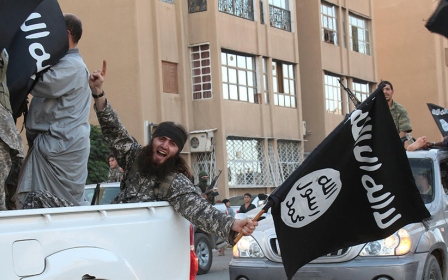