Gaza does not have a humanitarian crisis. It has a colonial problem

Gregory Shupak
What is happening to Gaza is a political calamity that requires a political solution: Palestinian liberation 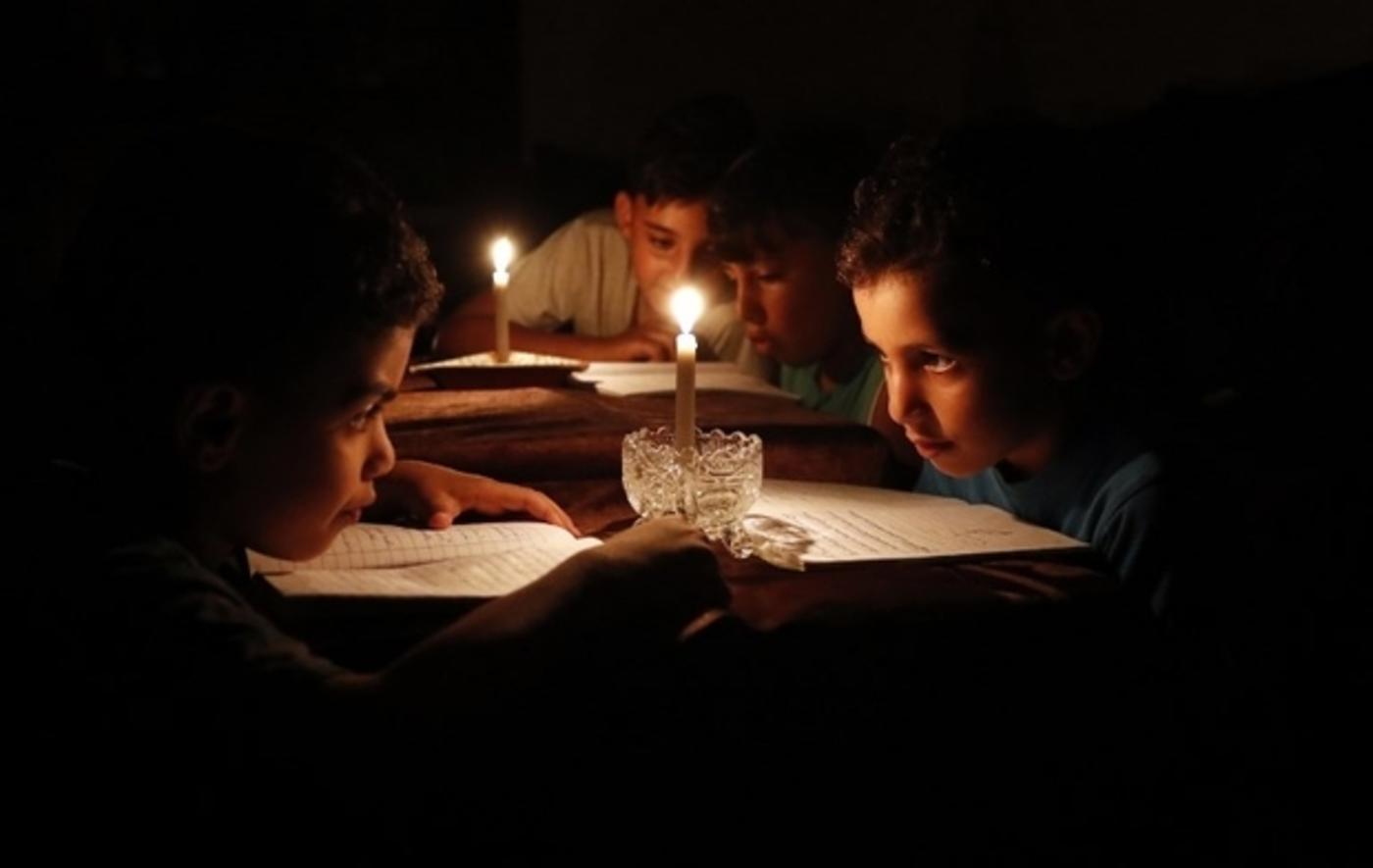 The conditions in Gaza are frequently described in the neutral language of humanitarianism and poverty. A 6 February document released by the UN's Office for the Coordination of Humanitarian Affairs notes that: "Emergency fuel for critical facilities in Gaza will become exhausted within the next ten days" and that "at risk are emergency and diagnostic services, like MRIs, CT and x-rays, intensive care units and operating theatres in 13 public hospitals; some 55 sewage pools; 48 desalination plants; and solid waste collection capacity."

The statement describes this situation as "a humanitarian catastrophe driven by the energy crisis" without providing any information about the causes of or responsibility for that crisis.

A Unicef report on poverty in Gaza notes that "economic conditions" have deteriorated in the Strip and that "40 percent of Palestinian families in the Gaza Strip live under the poverty line, and 70 percent rely on some form of external aid". At no point does this article mention Israel or the United States or their partners.

The World Bank's October 2017 Palestine’s Economic Outlook notes that unemployment in Gaza is at 44 percent and more than 60 percent for people aged 15-29. This document also declines to mention Israel or any of its allies and only makes a vague reference to "ongoing constraints to economic competitiveness" without giving any sense of what those constraints are, who has put them in place, or why.

It is misleading to characterise the enormous challenges Gaza residents face solely or mainly in the de-politicised language of humanitarianism and poverty.

Israel is occupying Gaza and, under international law, occupying powers are responsible for the welfare of the population in the territory being occupied

Presenting the issues people in Gaza are dealing with in such a manner suggests that these have arisen naturally thereby obscuring that they are the result of deliberate US-Israeli-PA-Egyptian policies.

Israel controls land access to Gaza, its airspace, and its sea, and it has besieged the Strip since 2006. Israel is occupying Gaza and, under international law, occupying powers are responsible for the welfare of the population in the territory being occupied.

That Israel manages Gaza's economy highlights the ways in which it is responsible for poverty and unemployment in the Strip and their ripple effects. Israel decides which goods are worth manufacturing in Gaza and selling outside of it, "impacting the profitability and feasibility of different branches of industry," in the words of the human rights group Gisha.

The organisation points out that Israel's control over the only land crossing through which goods come in and out of Gaza allow it to limit what comes in and out so that it "influences almost every aspect of Gaza's economy and the job market". Since Israel is "the near sole source of all products and goods coming into Gaza", it also "holds critical influence over the cost of living in the Strip".

Meanwhile, Israeli restrictions on exports from Gaza leave the territory "isolated and with no real opportunity for economic development". Israel has carried out three major military assaults on Gaza in less than 10 years, killing thousands of Palestinians.

Israeli restrictions on Palestinians' ability to import building materials have stalled reconstruction efforts, leaving tens of thousands homeless and infrastructure in dire condition. All of these measures are part of more than 50 years of Israel de-developing the Strip.

Moreover, as the human rights organisation Al-Haq points out, Israel has created a "buffer zone" around Gaza that has reduced the land available for agriculture and Israel has also forcibly restricted Palestinian access to the sea to the extent that: "Approximately 17 percent of land in Gaza has been designated an access-restricted area, leaving over half of the agricultural land and 85 percent of the maritime space in Gaza inaccessible. Given that fishing and agriculture are the main pillars of the Palestinian economy, the closure has devastated life in the Gaza Strip."

When Israel decides that Palestinian fisherman are too far from shore, the Israeli navy frequently attacks them with stun grenades, destroys their boats, arrests them, or fires on them, killing five fishermen between June 2007 and July 2013, and at least one more in March 2015 and another in June 2017.

Israel does not act alone. the United States continues to provide the essential means for Israel to besiege Gaza - and to carry out all of the other crimes against Palestinians and neighbouring countries it carries out - in the form of military aid and political cover.

The Egyptian government, a recipient of lavish US military aid and an opponent of the Hamas government that's in power in Gaza, has with a few brief exceptions enforced the blockade at its crossing into Gaza. Last summer the Palestinian Authority, which in many respects has been functioning as a US-Israeli proxy, reduced the salaries paid to its civil servants in Gaza and successfully pushed for Israel to cut the Strip's electricity in order to weaken its Hamas rivals.

There is little reason to believe that Israel and the US will make life better for Gaza residents anytime soon.

Gisha notes that: "Throughout 2017, new or intensified measures further restricted travel to and from Gaza" and that these were introduced with "no justification provided as to their purpose and, it appears, no consideration of the impact they would have on Gaza's civilian population, which is already under great duress."

The Egyptian government, a recipient of lavish US military aid and an opponent of the Hamas government that's in power in Gaza, has with a few brief exceptions enforced the blockade at its crossing into Gaza

As Palestinian-American journalist Ali Abunimah reports, in January the US decided to withhold more than half of its monthly $125m contribution to the UN Relief and Works Agency (UNRWA), undermining the organisation's ability to provide "basic health, education and emergency humanitarian services to five million Palestinian refugees" and causing "the worst financial crisis in UNRWA's history," according to its spokesperson.

Describing the difficulties Gaza residents are facing primarily in terms of humanitarianism and poverty suggests that these problems can and should be solved by international aid and NGOs rather than by a political solution to the question of Palestine that leads to Palestinian freedom.

Tariq Da'na documents that Palestinians have been pressed into a situation of institutionalised dependence upon a global "aid industry" because aid comes with conditions attached.

These, he writes, have dramatically narrowed Palestinian political space by requiring adherence to the "peace process", a misnomer for Palestinian-Israeli relations since the 1993 Oslo Accords during which Israel has more than doubled its number of illegal settlers on the West Bank, including East Jerusalem, reduced Gaza to its present state, killed thousands of Palestinians, and Palestinian self-determination has come no closer to fruition.

As Max Ajl points out, however much the staff of international NGOs in Gaza might sympathise with the Palestinians, such institutions' mandate "does not extend to dealing with the root cause of the siege" and their task "is at best to keep the situation frozen in time ... to keep the Palestinians of the Strip alive".

What is happening to Gaza is a political calamity that requires a political solution: Palestinian liberation.

- Greg Shupak writes fiction and political analysis and teaches Media Studies at the University of Guelph-Humber. His book, The Wrong Story:  Palestine, Israel, and the Media, can be ordered from OR Books.

Photo: Palestinian children at home reading books by candle light due to electricity shortages in Gaza City on 13 June 2017 (AFP) 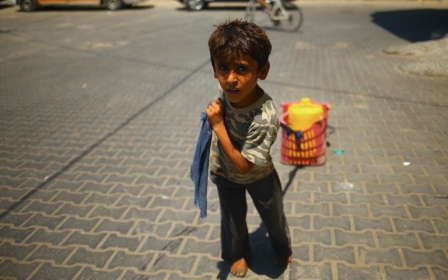 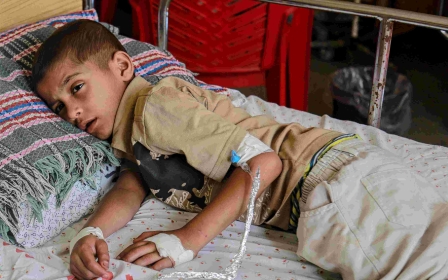