The Gaza protests show that non-violent resistance will triumph

Mustafa Barghouti
Israel has been exposed as an oppressive, ruthless state that violates international law by using lethal, high-velocity bullets against peaceful protesters 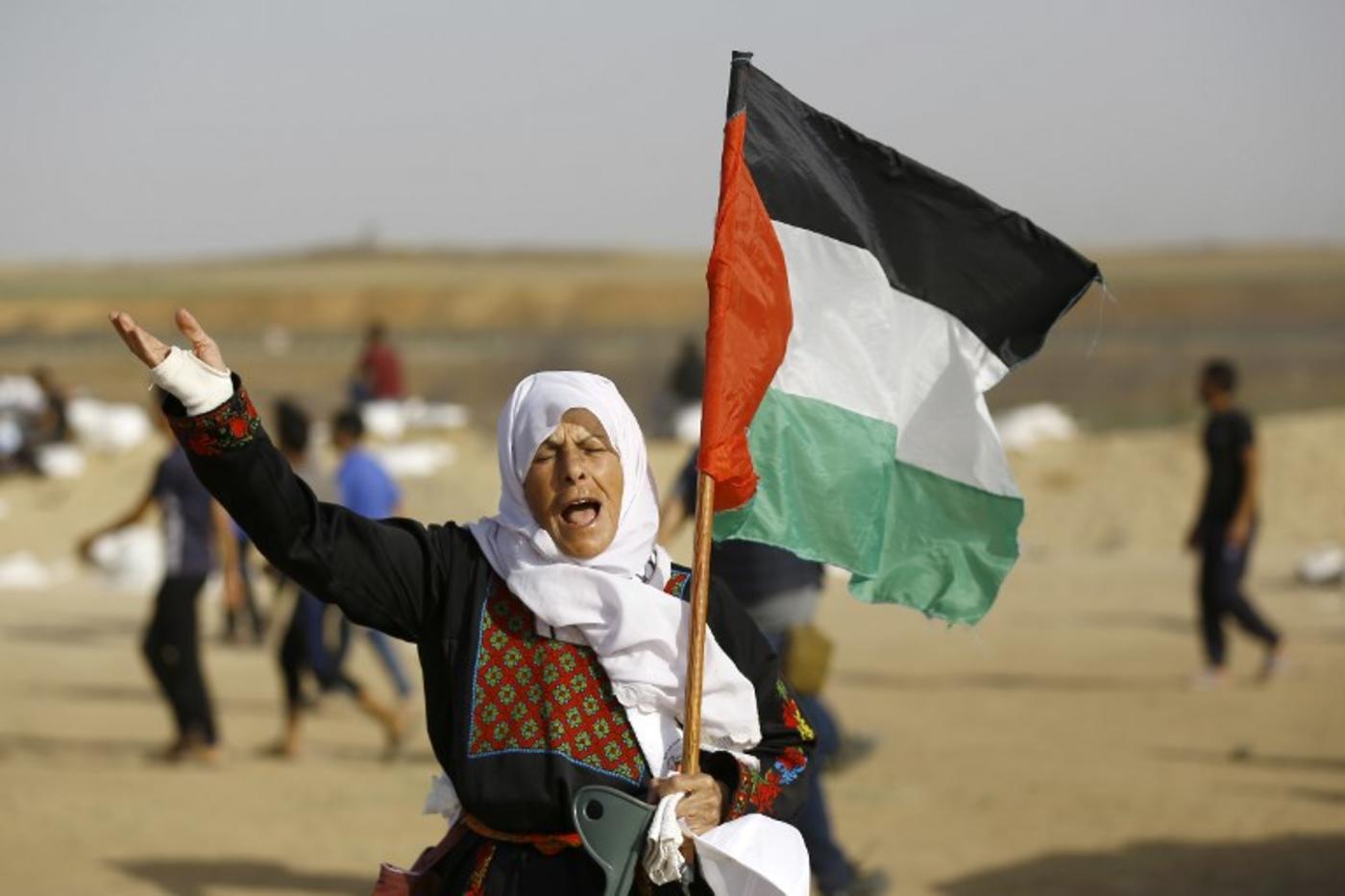 Non-violent popular resistance is not new to the Palestinian people. It was practised in the famous six-month civil disobedience strike of 1936 and reached an impressive level during the First Intifada, forcing the Israeli government to negotiate with Palestinians, although the results were lost due to the Oslo Accords.

The new and more developed stage of popular non-violent resistance began in 2002, after the Israeli army re-invaded the West Bank and started building the apartheid wall.

As a response, we organised peaceful demonstrations in every village the wall touched. From Budrus to Jayyous, Bilin to Qalqilya, we initiated a spark of non-violent resistance that started to attract the attention of young Palestinians everywhere.

Changing the balance of power

During the past 16 years, the idea of non-violent resistance as the most effective form of struggle became part of a larger strategy by the Palestinian National Initiative. The strategy focuses on changing the balance of power with the Israeli occupation through non-violent resistance, in parallel with the boycott, divestment and sanctions (BDS) campaign and regaining internal Palestinian unity.

We moved from peaceful demonstrations, which were always met with severe violence from Israeli troops, to sending small ships to break the siege on Gaza. These ships challenged the powerful Israeli navy in an unwarlike manner, and managed to reach Gaza four times before the Israeli government decided to destroy or arrest those on board.

We started with tens of people who refused to go through the Israeli barriers and decided to pray in every space around the mosque. Soon there were hundreds, then thousands

We then moved to creating Palestinian resistance villages, which were symbolically on land threatened by Israeli settlers. In Bab al-Shams, Ahfad Younes, al-Manateer and Ein Hijleh, the brave, non-violent Palestinian protesters confronted heavily armed Israeli soldiers until they were arrested or deported. These symbolic villages exposed the illegal settlement policies like never before.

We started with tens of people who refused to go through the Israeli barriers and decided to pray in every space around the mosque. Soon there were hundreds, then thousands, and later tens of thousands of Palestinian Muslims and Christians who jointly used prayer as a form of resistance.

Realising that the area around the Aqsa compound in Jerusalem had become a new Tahrir Square, Netanyahu reversed his actions and surrendered to the popular resistance.

Over the past 10 years, we have had intensive dialogue with all the Palestinian parties, including Hamas, about the effectiveness of non-violent resistance. There were times when our struggle was described as too soft by some. But the impact of the demonstrations in the West Bank, which managed to move the wall back in many places - along with the success of the Gaza flotillas, the rise of the BDS movement and the triumph of peaceful resistance in Jerusalem - have had a great influence on various groups, including Hamas and Islamic Jihad.

The Great March of Return in Gaza, as well as the demonstrations in the West Bank and Jerusalem against Trump's decision to move the American embassy and marking the 70th anniversary of the Nakba, were a turning point in the Palestinian struggle.

Demanding the right of return

The world was surprised to see hundreds of thousands of men, women, young and old people marching peacefully in Gaza, demanding their right of return and the removal of the horrible, inhuman siege that Israel has imposed on Gaza for more than a decade.

For years, I have been meeting with foreign ministers, prime ministers and heads of state, as well as many foreign journalists, and most ask the same question: Why don't Palestinians use the example of Gandhi and Martin Luther King, and march in the tens of thousands against Israeli occupation.

Today, all Palestinian parties accept and promote popular non-violent resistance as the best and most effective form of struggle. During the past eight weeks, we have paid a heavy price, losing 110 innocent Palestinians who were killed by the Israeli army, in addition to 12,000 injured. Those who were killed and injured were civilians, including children, women, journalists and medical personnel.

The end of occupation?

Among the injured, at least 2,000 were hit with lethal explosive ammunition. Many lost their legs or arms, including a cyclist preparing to participate in a global competition. He cannot cycle any more because his leg was amputated.

Israel was exposed as an oppressive, ruthless state that violates international law by using lethal, high-velocity bullets against peaceful protesters, but it has not yet been punished, thanks to the unjust protection it receives from the administration of US President Donald Trump.

We know we still have a long way to go, but maybe, thanks to our revived strategy of non-violent resistance, we are living in the beginning of the end of the occupation and the system of apartheid that Israel created.

Photo: A Palestinian woman holds the national flag during a protest along the Gaza border on 18 May 2018 (AFP) 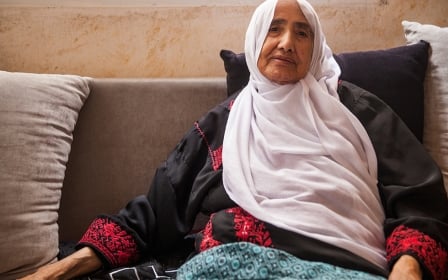 Nakba
‘This is our land’: US embassy move riles ‘Nakba’ refugees from West Jerusalem 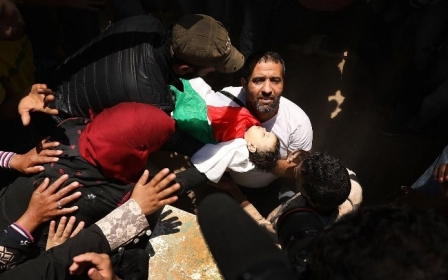