Ahmed Soliman
With their close links, the standoff in the Gulf is spilling over into the Horn of Africa and will be a big diplomatic test for countries already under strain 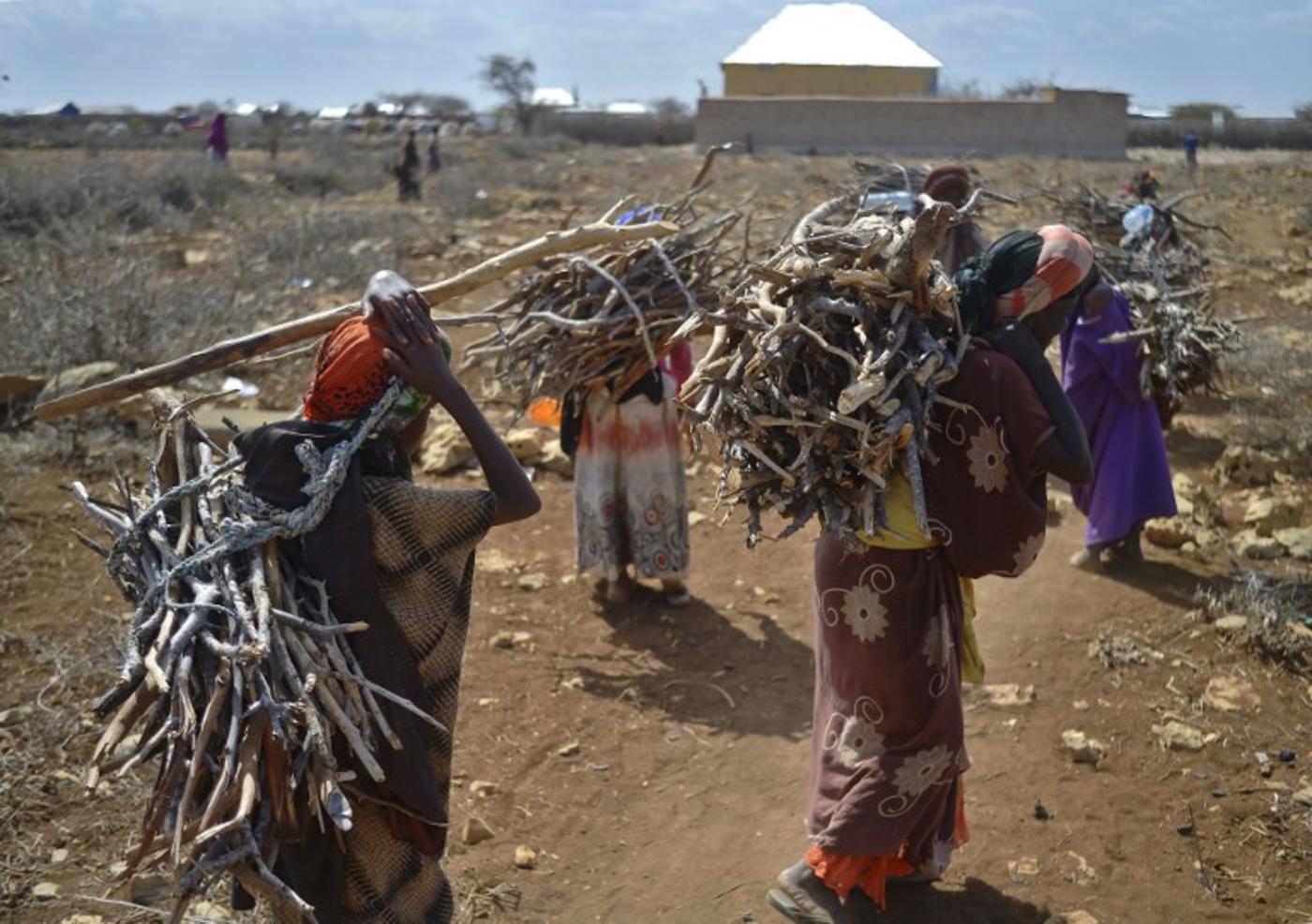 The Horn of Africa and the Gulf share close geographical, historical, cultural and political links.

Increasing layers of engagement and the formalisation of security, governance, trade and development ties between the two regions, particularly visible in the last two years since the war in Yemen began, mean that the longer the Gulf dispute goes on, the greater the ramifications will be for countries in the Horn of Africa.

Saudi Arabia and the UAE have formed a strong alliance over issues of mutual importance. While Riyadh’s primary concern is opposing Iranian influence in the region, most visible through the Saudi-led coalition’s actions in Yemen, Abu Dhabi has worked to counteract political Islam, which it believes threatens security in the Gulf and for its Middle East allies. Both priorities are being pursued through the narrative of counterterrorism.

Over the last two decades, Qatar has carved out a significant regional and international role by positioning itself as an active moderator and mediator – building relations with states whose governments are often negatively portrayed, while supporting Islamist groups such as the Muslim Brotherhood as well as the Arab spring. Turkey, a key ally which has defended Doha, is very influential in the Horn of Africa and is setting up military bases in both Qatar and Somalia.

These opposing objectives have been playing out through Saudi, Emirati and Qatari engagements in the Horn of Africa.

The Saudi and Emirati monarchies are attempting to bring gas-rich Qatar’s unilateral foreign policy objectives into line with their own and strengthen the Sunni-Arab alliance. They have accused Qatari leaders of supporting terrorism and backing Iranian interests in the Middle East, claims Qatar strongly denies. The dispute is ultimately one of differing political ideologies and visions of how the Middle East and Muslim world should be governed – and is already spilling over into the Horn of Africa.

How countries in the Horn of Africa respond now will have consequences for future relations with the Gulf, depending on how long it takes to resolve the crisis and the outcome.

The governments of Somalia and Sudan, both Arab League and Organisation of Islamic Cooperation (OIC) members, as well as Ethiopia, have offered to support mediation efforts between the Gulf countries, hoping to maintain relations on all sides.

Those governments which are trying to remain neutral – Sudan, Somalia and Ethiopia - will want a quick resolution so that there is minimal damage done to their relations with either Saudi-UAE or Qatar

The Eritrean government’s statements have remained cautious, even though the country allows the UAE access to a base at Assab for its military operations in Yemen. Djibouti and the self-declared Republic of Somaliland have affirmed support for the Saudi-UAE stance, downgrading ties with Qatar based on strategic and economic calculations around investments in ports and military bases.

Those governments which are trying to remain neutral – Sudan, Somalia and Ethiopia - will want a quick resolution so that there is minimal damage done to their relations with either Saudi-UAE or Qatar.

Those who have backed the Saudi-UAE position – Djibouti and Somaliland – will hope that any associated investments pay dividends in the medium-to-long-term to offset the harm done to relations with Qatar.

Impact of the Saudi-led war in Yemen

Since 2015, the Saudi-led military coalition in Yemen has been overtly supported by the coastal governments of the region including Djibouti, Eritrea, Somalia, Somaliland and Sudan.

Sudan has provided hundreds of troops to the military alliance, with several losses confirmed. The Sudanese government broke off relations with Iran in 2014 as part of its improving relationship with Saudi Arabia, which includes economic assistance.

But Sudan has also received financial support from Qatar, a vital economic lifeline following sanctions and the loss of oil revenues that followed South Sudan’s independence in 2011. The desire to maintain both relationships explains Sudan’s neutrality and President Omar al-Bashir’s 20 June meeting with King Salman in Mecca to discuss resolving the crisis.

Eritrea also has conflicting interests. The UAE and Saudi Arabia have been using the port of Assab as a base for their operations in Yemen, upgrading the airport and expanding the seaport to accommodate their aircraft, ships and troops. Cooperation in the coalition has also bolstered the Eritrean government in its wider international relations.

Yet the current Gulf crisis has also had a direct impact on the border dispute between Djibouti and Eritrea.

Qatari mediation since 2010 and the presence of peacekeeping troops on the border had been partially successful in reducing tensions, with Eritrea releasing four Djiboutian prisoners in March 2016.

But pressures have increased. On 14 June, Qatar withdrew its troops, in part as a result of Djibouti’s downgrading of relations Doha the week before. Saudi and UAE deployments in Djibouti and Eritrea will also not have reassured Doha.

Competition for influence in Somalia

In Somalia, there is growing competition between Muslim countries for political influence. Turkey has been one of the most prominent diplomatic, development, trade and security actors in the country since 2011, opening its largest overseas embassy and military base in Mogadishu. Qatar has given development and budgetary support to the Federal Government of Somalia since 2012, which it recently reaffirmed.

The UAE has likewise increased its activity in Somalia to protect its broader geostrategic interests, which includes security in the Gulf of Aden and counter-terrorism efforts.

This competition extended to Somalia’s 2017 elections, with the UAE, Qatar and Turkey supporting rival presidential candidates

In April, the UAE pledged $130m in humanitarian aid to Somalia to tackle drought. It also established a military training centre for Somali commandos in 2015 and has supported regional forces, contributing towards building Somali National Army capacity to fight the insurgent group al-Shabaab.

This competition extended to Somalia’s 2017 elections, with the UAE, Qatar and Turkey supporting rival presidential candidates. Political Islam is at the root of political state-building projects in Somalia, where many politicians and technocrats are Islamist. 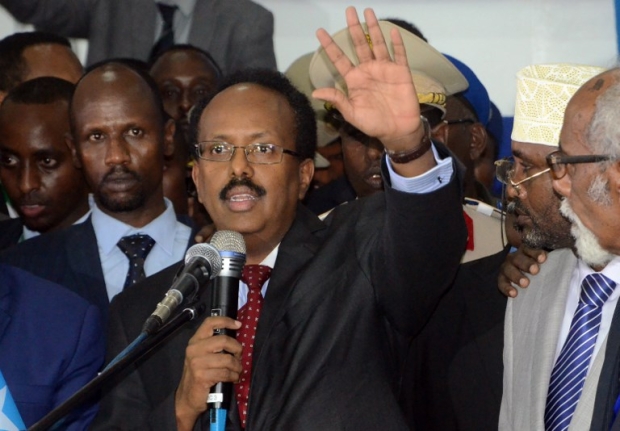 The UAE courted several candidates seen as non-Islamist, including former prime minister Omar Abdirashid Sharmarke. Turkey and Qatar were linked to former president Hassan Sheikh Mohamud’s Damul Jadid group, an offshoot of the al-Islah branch of the Muslim Brotherhood, and Somalia’s new president, Mohamed Abdullahi Mohamed “Farmaajo”, is reported to have had financial backing from Qatar during the elections. Although not an Islamist politician, his chief of staff, Fahad Yasin, has been a conduit of support from Qatar to Somalia.

Somalia on the fence

The new government nonetheless wants to remain neutral in the current dispute. The president’s first foreign visit was to Saudi Arabia in February, followed swiftly by visits to the UAE, Turkey and Qatar. Somalia has allowed Qatar Airways to use its airspace following the flight ban by fellow Gulf countries.

However, staying nonaligned may be difficult for the federal government of Somalia, particularly in the context of burgeoning relations between Gulf states and Somalia’s autonomous and semi-autonomous regions, a point of extreme sensitivity while Somalia’s federal and resource-sharing structures remain unclear.

The UAE has agreed to multi-million dollar port investment deals with the self-declared Republic of Somaliland and Puntland, the federal member state in the north. Somaliland also agreed the 25-year lease of a military base in Berbera to the UAE in return for infrastructure development and job creation. These investments could set back already strained relations between Somalia and Somaliland and delay much needed political negotiation and accommodation between the two governments.

Relations with the Gulf are increasingly important to countries in the Horn of Africa, with ties being formalised through investments and deeper political engagements. The development of ports and connective infrastructure has the potential to be transformative and boost regional integration.

However, intra-Gulf disputes are also having an increasing impact on relations in the Horn of Africa, with the potential to disrupt regional stability.

Balancing these dynamics will be a big diplomatic test for states in the region that are already facing a complex array of developmental, political and conflict challenges.

Photo: Women carry firewood in March 2017 as they walk back to a makeshift camp on the outskirts of Baidoa, in the southwestern Bay region of Somalia, where thousands of internally displaced people arrive daily after they fleeing the parched countryside. (AFP)