How the UAE weaponised western fears of Islam to crush dissent Emirati stand in the courtyard of the Sheikh Zayed Grand Mosque in Abu Dhabi on 4 February, 2019 (AFP)

The recent spike in terrorist attacks perpetrated by religious extremists in France and Austria has led to an increased receptiveness of European audiences to the Islamist bogeyman.

Under the banner of defending civil liberties, illiberal liberals have declared a war on "Islamism"– a term that originally referred to non-violent Islamic activism and has now been deliberately conflated into a derogative label of "Islamic fundamentalism" and "terrorism".

French President Emmanuel Macron has been widely criticised for his divisive language over Islamism, borrowing orientalist narratives trying to subordinate Islam to a false sense of French civil superiority, the masterminds who conceived the Islamist bogeyman are not western but Arab authoritarians.

At the forefront of the crusade against "Islamism" are the United Arab Emirates, an absolutist tribal monarchy where civil liberties are absent and where Islamic scholarship has been subordinated to religiously justify the oppression of civil society, freedom of speech and any form of political activism.

The Emirati Fatwa Council has developed into a powerful tool of state control domestically and strategic communication internationally. Led by Sufi scholar Sheikh Abdallah bin Bayyah, the Fatwa Council has become a political means for the regime in Abu Dhabi to reshape Islamic discourse based on an empty narrative of "tolerance" that only applies to those who submit to quietist political obedience to the regime.

Thereby, while the pursuit of genuine tolerance would be commendable to fight extremism in all its shapes and forms, the Emirati concept remains hollow as it does not allow for any open-minded, theological discourse on the role of Islam in 21st century socio-politics.

The recent statement by the UAE’s Fatwa Council that declares the Muslim Brotherhood a "terrorist organisation" draws upon a highly political concept that is preeminent in the scholarship of bin Bayyah and his followers: wali al-amr – the idea that obedience to the political ruler is absolute.

Bin Bayyah’s interpretation of this obedience is in itself extreme, placing ordinary citizens under a form of tutelage of an omnipotent ruling elite, be they tyrants or benevolent autocrats. As such this interpretation of the wali al-amr has become the theological foundation for the UAE’s counterrevolutionary campaign across the Arab world since the Arab Spring.

What a sham this "fatwa council" of #UAE is.

Even more ridiculous is the very basis of calling them terrorist:

"It is not permissible to pledge allegiance to anyone other than the ruler."https://t.co/VOh8Vzb0jO

It vilifies political activism outside state control, it undermines civil society in any form and outlaws dissent and revolution. In the Emirates, it has arguably even created a theological void that allows for the deification of crown prince and de facto ruler Mohammad bin Zayed (MbZ).

"Islamism" that traditionally encompassed democratically oriented Islamic movements – such as the Muslim Brotherhood – has become the antithesis of the Emirati interpretation of the wali al-amr.

The Brotherhood’s stance against political oppression, social injustice and authoritarianism in many ways made it the nemesis of the region’s authoritarians. And seeing members and affiliates of this movement riding the wave of revolution in the region in 2011, often with western endorsement, exacerbated regime security paranoia not least in Riyadh and Abu Dhabi. 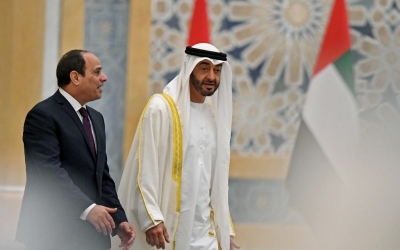 What the UAE’s state-run Fatwa Council has been able to do is merge the seemingly theological debate about Islamic values and virtues with the "tolerance" narrative that the UAE projects overseas and increasingly falls on fertile ground in Europe and the United States, where audiences have been subjected to the Islamist bogeyman for two decades.

Abu Dhabi has managed to capitalise on orientalist fears in the West to stigmatise "Islamism" as a catch-all phrase, encompassing any form of extremist ideology coming out of Islam. Thereby, "the" Muslim Brotherhood has become the broad-brush scarecrow of choice to describe liberal activists on one end and Islamic State group death squads on the other end of a scientifically debunked myth of a continuum.

Saying that a democratically motivated activist who happens to be a sympathiser of the Muslim Brotherhood finds himself on a conveyer belt to Salafi-jihadism is like stating that liberalism in Europe led to Nazism – both are "Western" ideologies emerging out of the Enlightenment and uphold secular values.

Merging the narratives about "Islamism" with "terrorism" has been part of the UAE’s strategic communication vis-à-vis Europe and the United States, which exploits western fears and paranoia post-9/11 to not only justify political authoritarianism in the Emirates but to justify violent authoritarianism in Libya, Egypt and Yemen.

The UAE’s counterrevolutionary grand strategy has been sold to the West in whole or in part as a campaign to fight "terrorism" – a narrative that helped Macron justify his support for the UAE’s henchman Khalifa Haftar in Libya.

It serves as justification for Sisi’s violent repression of dissent and opposition in Egypt. And it provides a justification for the torture camps set up in Yemen by the UAE’s local proxy, the Southern Transitional Council (STC).

Hence, just as many of the Islamophobic narratives coming out of the debate about civil liberties and Islam in Europe are illiberal, the "tolerance" the UAE propagates at home and across the region proves intolerant towards civil society, theological and political pluralism.

Yet there is a growing danger that under the false pretext of tolerance, not only authoritarian become stronger but extremist ideologies flourish in the shadow of disenfranchisement, alienation and exclusion. 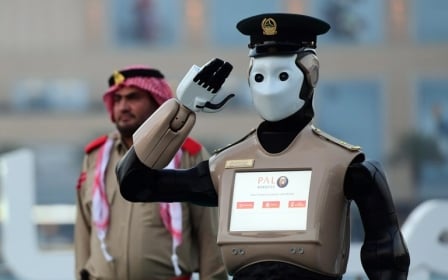