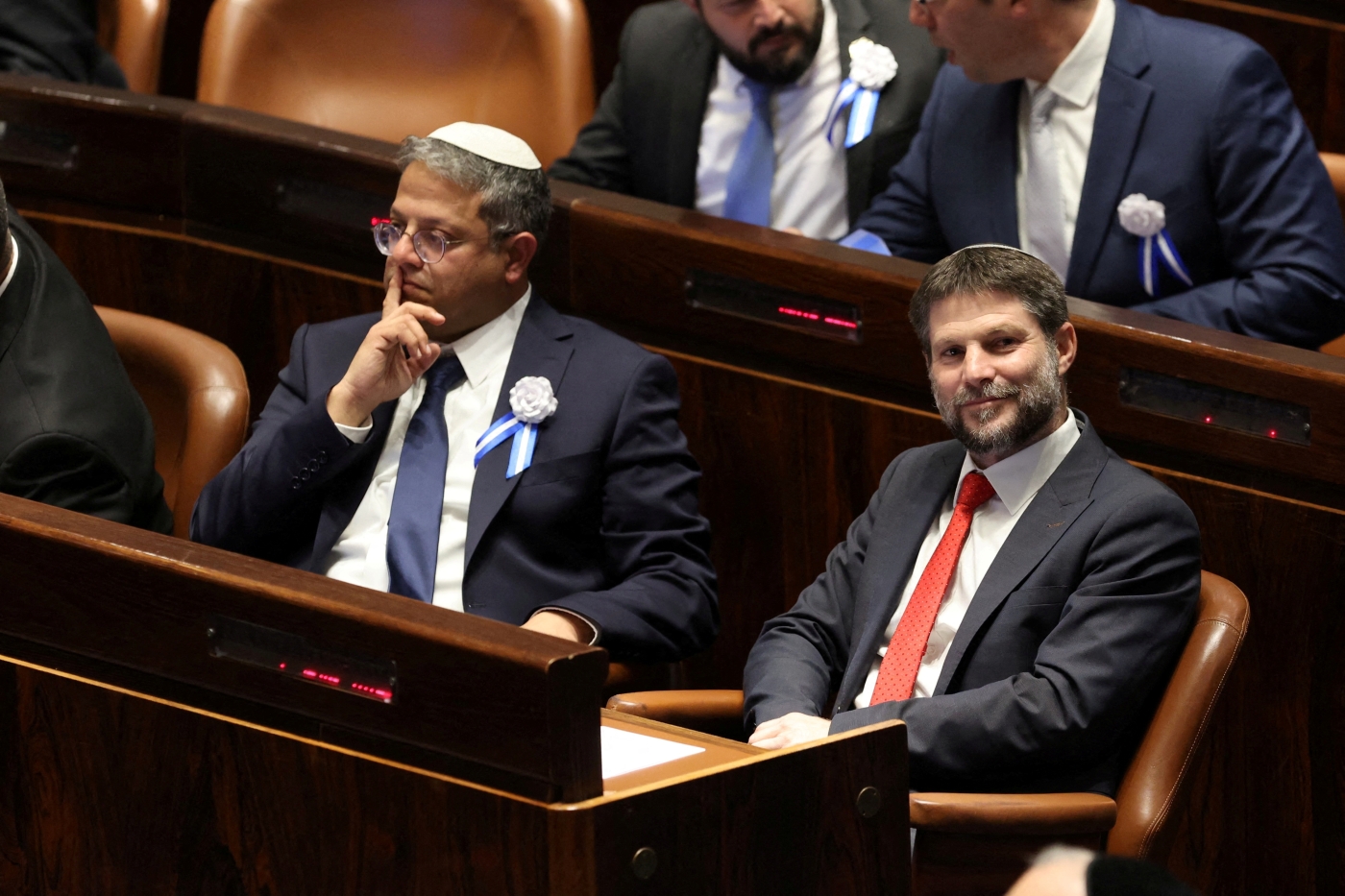 Last month, the Anti-Defamation League, one of the most vociferous pro-Israel organisations in the United States, issued a report reiterating the relatively novel definition of Zionism as "the movement for self-determination and statehood of the Jewish people in their ancestral homeland, the land of Israel".

Claiming that “anti-Zionism rejects Israel as a legitimate member of the community of nations and denies the right for Jews to self-determination and to establish a state in the land of Israel,” the ADL report concludes that “Anti-Zionism is antisemitic, in intent or effect”.

Not to be outdone, the director of the Touro Institute on Human Rights and the Holocaust, Professor Anne Bayefsky, went even further last week in her condemnation of the recent report issued by the UN Independent International Commission of Inquiry on the Occupied Palestinian Territories and Israel.

Likening the UN to the Spanish Inquisition, Bayefsky insisted that “the inquisitors…decided that the murder of six million Jews who didn’t have self-determination and the protection of a Jewish state were irrelevant” to the UN inquiry into Israeli violations of Palestinian human rights.

It seems that not granting Jewish colonists in Palestine "Jewish self-determination" sooner was the primary cause of the Holocaust.

Indeed, as Bayefsky’s logic seems to suggest, the Holocaust may explain, if not justify, the ongoing Israeli violation of Palestinian human rights. Presumably, this is why she faults the UN Commission of Inquiry for ignoring it in its report.

Bayefsky concludes that "This UN 'inquiry'…[and] its creators, enablers and mandate-holders are bent on the demonisation and delegitimisation of Israel and the self-determination of the Jewish people – the face of modern antisemitism."

But it is not only Israel, and its Israeli and US lobbying organisations, that deploy the term "self-determination"; so do pro-Israeli American academics like Michael Walzer, who claims outlandishly, not to mention anachronistically, that the outcome of the Zionist establishment of the Jewish settler-colony means that "today, Jewish self-determination, impossible for almost two-thousand years, is an everyday fact."

The Europe-based International Holocaust Remembrance Alliance, whose definition of antisemitism has been adopted by the US and the European Union, also insists that "Denying the Jewish people their right to self-determination, e.g., by claiming that the existence of a State of Israel is a racist endeavour" is a form of antisemitism.

Israel’s increased invocation of the so-called right of "Jewish self-determination" as having always been foundational to the Zionist movement and to Jewish settler-colonialism in Palestine, and as the basis for denying Palestinian self-determination, is, however, belied by the historical record, which evinces no evidence of its use in the past. 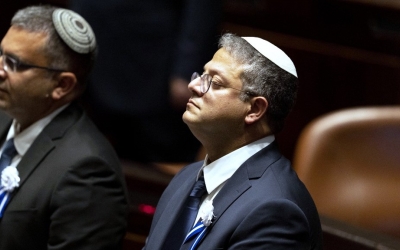 How then did the concept of "Jewish self-determination" as the principal argument deployed in recent years by Israel, its laws, and its US allies and academic marketers develop and come to supersede the indigenous Palestinians’ right to self-determination?

Since the inception of their war against the Palestinian people, Zionist ideologues did not argue for Jewish self-determination but rather sought to delegitimise the indigenous Palestinians’ right to it. In the tradition of all colonial powers which denied that the colonised were a nation, the Zionists began by denying the nationness of the Palestinians.

At the Paris Peace Conference at the end of World War I, the Zionist Organisation (ZO) did not invoke any "Jewish" right to self-determination, even though self-determination was all the rage at the conference, with colonised peoples from around the world affirming this right to liberate themselves from the colonial yoke.

The ZO instead argued that Palestine "is the historic home of the Jews…and through the ages they have never ceased to cherish the longing and the hope of a return".

The assumptions on which the ZO constructed its argument included the fantastical antisemitic claims that Jews have across history formed one race and shared one blood, rendering them one people and one nationality, and that they were not Europeans, but foreigners descended from the ancient Palestinian Hebrews.

In contradistinction to Zionists, the Palestinians have always invoked their right to the land as the basis of their anti-colonial claim against Zionism. This was the case since the inception of the Zionist threat, especially after the Balfour Declaration when Palestinians invoked their right to self-determination in appeals to the Paris Conference.

It is most important to note in this regard that, unlike the more recent and increased use by Zionists of the notion of Jewish self-determination, neither Herzl’s writings, the 1897 first Zionist Congress, the Balfour Declaration of 1917, nor the 1922 Palestine Mandate employed the language of "rights", let alone the right of self-determination.

In contrast to its marked absence in Zionist and pro-Zionist documents, the right to self-determination has been a key demand of Palestinians and their international supporters - a fact known and cited by the Zionists. In 1924, David Ben Gurion explicitly referred to it:

The Arab community in the country has the right of self-determination, of self-rule…The national autonomy which we demand for ourselves we demand for the Arabs as well. But we do not admit their right to rule over the country to the extent that the country is not built up by them and still awaits those who will work it. They do not have any right or claim to prohibit or control the construction of the country, the restoration of its ruins, the productivisation of its resources, the expansion of its cultivated area, the development of its culture, the growth of its labouring community.

In March 1930, Chaim Weizmann, the head of the Zionist Organisation, voiced his opposition to Palestinian self-determination, affirming that the "rights that the Jewish people has been adjudged in Palestine [by the British Mandate] do not depend on the consent, and cannot be subject to the will, of the majority of its present inhabitants".

Weizmann was clear that when the British promised the Zionists a national home in Palestine "the agreement of the Palestinian Arabs was not asked". The reason why Palestinian consent was of no import, he added, was on account of the "unique" nature of the Jewish "connection" to Palestine.

He further claimed that the Palestinians themselves could not "be considered as owning the country in the sense in which the inhabitants of Iraq or of Egypt possess their respective countries". To grant them self-determination or self-government or a "Legislative Assembly…would be to assign the country to its present inhabitants," and to cancel “in an underhand manner” the Balfour Declaration’s commitment to a Jewish national home in Palestine.

After the establishment of Israel as a settler-colony in an age of anti-colonialism, Zionist apologists began to increasingly argue that Zionism was in fact the "national liberation movement" of the Jewish people - a new propaganda line popularised by the anti-Palestinian Tunisian Zionist Albert Memmi in the mid-1960s.

More recently, they moved to invoke the right of “Jewish self-determination” to assert their colonial claims to the land of the Palestinians.

This is important since the ADL declaration insists that it is not the right of Jewish self-determination that anti-Zionists deny, but rather its exercise in the land of the Palestinians, which the ADL calls “the land of Israel”, and not even the “State of Israel”.

It is also important for Walzer’s claim asserting that the Jews, as heirs to the ancient Hebrews, had been denied Jewish self-determination for a whopping 2000 years.

This was expressed in September 1972 by Israel’s foreign minister, the South African Abba Eban (born Aubrey Solomon), who declared that "Israeli self-determination should take moral and historical precedence over Palestinian self-determination, though it does not rule it out entirely".

Eban’s recognition harks back to the assertions and statements by Ben Gurion and Weizmann since the 1920s, which placed the Jewish right of conquest of Palestine as superior to the Palestinians’ right to self-determination.

In recent decades, the Israeli government has been obsessing about the dwindling numbers of Israeli Jews and rising numbers of Palestinians. Its strategy to alter these demographics has proven a complete failure. It is in light of these realities that Zionist and Israeli propagandists began to speak increasingly of "Jewish self-determination".

If for Zionist leaders, the Jewish right of conquest and colonisation of Palestine took precedence over Palestinian self-determination between the 1920s and the 1970s, which is why the Zionists would never allow the Palestinians to exercise it, today the Palestinians, as the Knesset declared in 2018, have no such right at all.

Nothing stipulated in the 2018 Basic Law, however, is novel ideologically or in terms of any of the policies Israel and the Zionist movement pursued since the 1920s. The law’s reference to the “land of Israel” rather than to the State of Israel, as the "homeland of the Jewish people", with which the recent ADL reaffirmation is identical, anticipates and signals the Israeli Jewish colonial minority’s eternal control over the whole of historic Palestine.

The ADL, US academic marketers of Israel, and Israeli officials trot out the so-called right of Jewish self-determination as superior to Palestinian self-determination in order to safeguard the Zionist colonial project and Jewish supremacy in Israel.

The hypocrisy, however, lies with American and European Jewish and Christian liberals, never mind their Israeli Jewish counterparts, who feign shock over the nation-state law and last week’s elections, which brought Benjamin Netanyahu and his Zionist religious allies back to power, and whom western liberals consider somehow more Jewish supremacist than Ben Gurion, Weizmann, Eban, or any of Israel’s other leaders.

Dahlia Scheindlin, a US political scientist, published a column in The New York Times last week heralding the collapse of Israeli "democracy". She is most worried about Israel’s recent illiberalism, which, according to her, started in 2009 when Benjamin Netanyahu came to power: "The apex of this illiberal legislative frenzy was the 'Nation State' law of 2018, a new Basic Law elevating Jews to a higher status than all other citizens."

But Jews already had a higher status enshrined by Israel’s declaration of itself as a "Jewish State" in 1948, and legally beginning with the Law of Return (1950), the Absentee Property Law (1950), the State Property Law (1951), the Citizenship Law (1952), the Israel Land Administration Law (1960), the Planning and Building Law (1965), among others, not to mention the appeal to the priority of Jewish colonial rights over Palestinian indigenous rights as articulated by Ben Gurion, Weizmann, and Eban.

The invocation of "Jewish self-determination" in the land of the Palestinians since the 1970s has been the major camouflage used to embellish the reigning regime of Jewish supremacy in Israel. However, neither the 2018 nation-state law nor the new Jewish supremacist government of Israel signals a change, major or minor, in the actual status of Jews or Palestinians in Israel and its occupied territories. 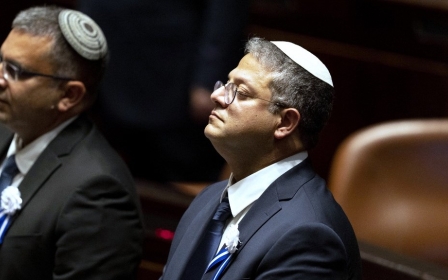 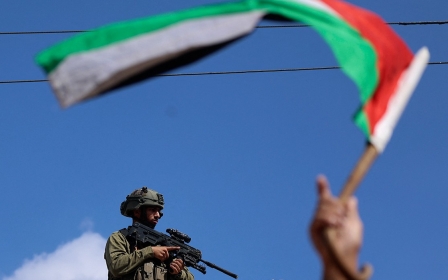 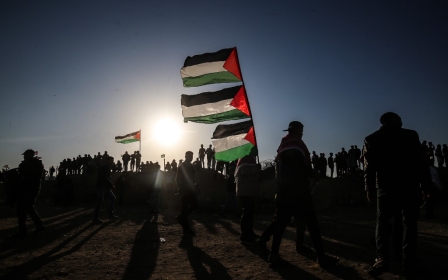