With Mike Pompeo, Trump is heading into dangerous waters 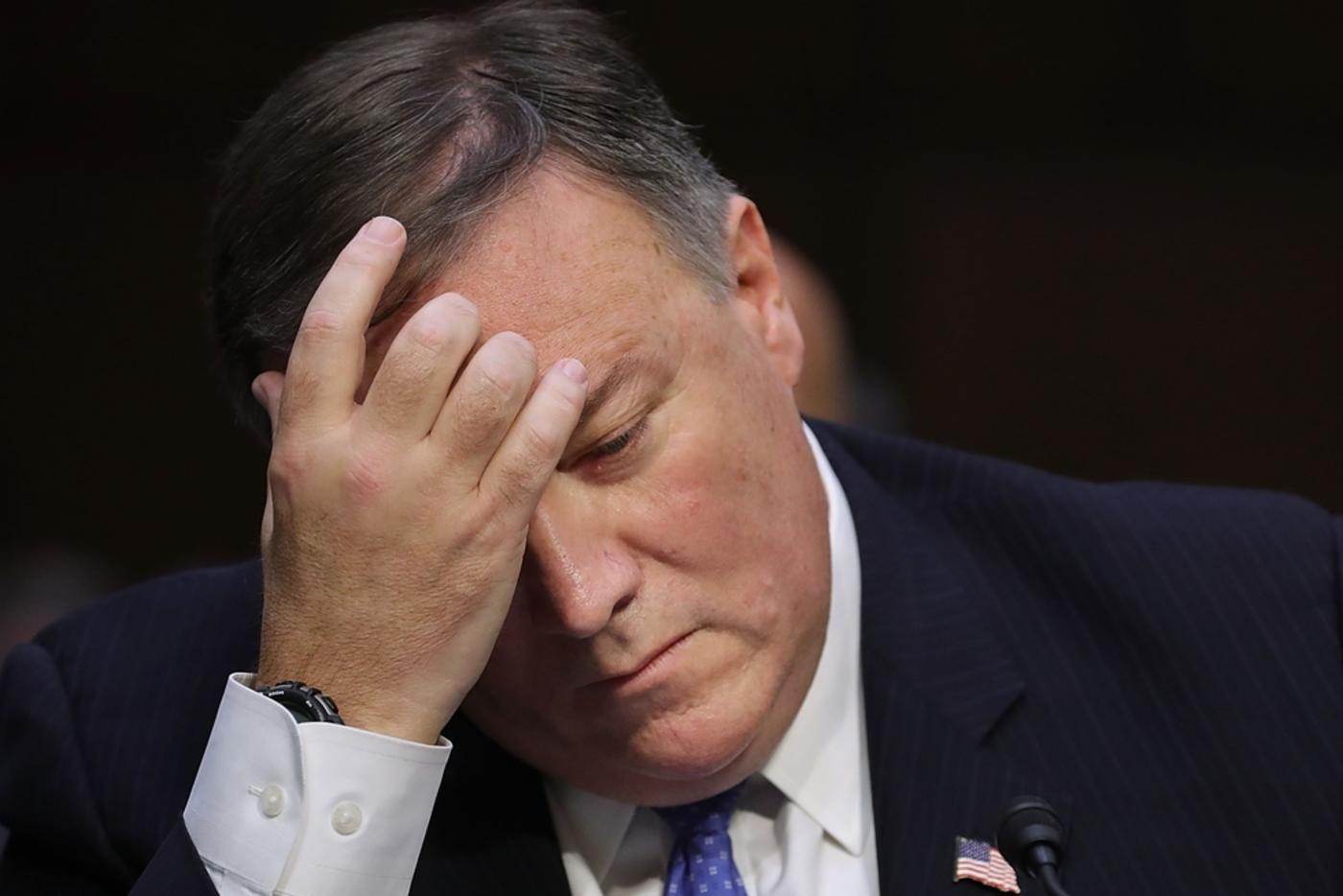 On Tuesday, US President Donald Trump fired Secretary of State Rex Tillerson and appointed the hawkish CIA chief, Mike Pompeo, to replace him.

Tillerson, who'd come to government service as the CEO of Exxon-Mobil, one of the largest energy companies in the world, often butted heads with Trump's free-wheeling, chaotic style of decision-making regarding foreign policy.

Tillerson had also been severely criticised by both veteran US diplomats and members of Congress over his plans to vastly downsize the State Department and his inability to fill critical ambassadorial posts.

Pompeo served four terms in the House of Representatives representing Kansas, and is a member of the Trump inner circle. He is known to cater to Trump's peculiar briefing style in which he dispenses with written material and receives his daily briefing in oral form with plenty of Powerpoint slides.

Pompeo holds extreme views on critical national security issues like Iran. While Tillerson spoke approvingly of the P5+1 nuclear deal, Pompeo attacked it mercilessly and derided the clerical regime. He tweeted: "I look forward to rolling back this disastrous deal with the world's largest state sponsor of terrorism."

He is known for taking positions which adhere slavishly to those of Israeli Prime Minister Benjamin Netanyahu. In further comments about the nuclear deal, Pompeo said: "[It] won't stop Iran from getting a nuclear bomb and places Israel at more risk. [The] theory that post-sanctions Iran will moderate is a joke – they want to annihilate Israel, now buying Russian missiles."

Not only might the nuclear agreement with Iran be cancelled, but the US may support actual military action either against Iran directly or against its forces fighting in Syria

No Iranian leader has ever explicitly called for the "annihilation" of Israel. When Iran's leaders have offered seemingly bellicose statements about Israel, it is always in response to direct threats by Israeli leaders against Iran. Further, the nuclear deal was never meant to stop Iran from ever obtaining a nuclear weapon. It was meant to delay that process for a decade or more, which it has done.

Pompeo also raised a criticism of the Iran deal which had been dismissed out of hand by the Obama administration as unreasonably draconian: "Ceasing to call for the destruction of Israel should have been a condition of the Iran Deal – along with release of innocent American hostages."

This represents the Israeli "kitchen-sink" approach to torpedoing negotiations: you throw every possible demand into the kitchen sink knowing your interlocutor will object. Then you walk away blaming him for the impasse. That offers you the opportunity to adopt a more aggressive approach against him.

Pompeo's nomination is opposed by the leading national Muslim-American group, the Council on American-Islamic Relations (CAIR), which noted his harshly Islamophobic views. He received a major award from ACT for America, an organisation designated by the Southern Poverty Legal Center as a hate group.

CAIR released this statement: "Those, like Mr Pompeo, who have expressed Islamophobic views and have been associated with an anti-Muslim hate group…should have no role in our nation’s government, let alone at the highest levels of policy-making," said CAIR national executive director Nihad Awad. "These appointments have the potential to harm our nation's image and our relations with key players in the international community."

Returning to the nuclear deal, Trump himself has not cancelled it. But with Pompeo's promotion, the world can expect an elevation in the hostile rhetoric from the White House, and now State Department, against Iran.

With the accession of figures like Pompeo and Bolton to positions of power in the Trump administration, we face a nightmarish Dr. Strangelove scenario.

Not only might the nuclear agreement be cancelled, but the US may support actual military action either against Iran directly or against its forces fighting in Syria. It’s conceivable that the US might intervene more forcefully in Syria, as has Russia.

Interestingly, Netanyahu visited the White House last week and had talks with Trump. Presumably, Syria and Iran were high on their agenda. An Israeli journalist writing in Maariv discussed the threat represented by several major corruption scandals besetting Netanyahu.

He alluded to the possibility of a military confrontation with Iran regarding Syria, which could be a prelude to new elections.

Separately, a confidential Israeli source told me that the nation's security cabinet met last weekend to deliberate on a "major military operation" in Syria, presumably to confront the forces of Iran and its regional ally, Hezbollah. It's reasonable to assume that Netanyahu, at the least, sought Trump's approval for the attack; and at the most sought American participation in it.

All of this means a more hawkish, muscular American foreign policy in which force is used more readily and more aggressively. Tillerson's dismissal may also lead to the sacking of other figures in the Trump national security team who haven't adapted to the Trump "style".

Among them could be National Security Advisor HR McMaster, who lately has been regularly reported as on his way out. Though McMaster has been known too as a hawk on Iran and North Korea, he has been pragmatic and buttoned-down in his approach to national security. This has conflicted with Trump's fly-by-the-seat-of-his pants approach.

The addition of another hawk such as John Bolton into the mix (he has been touted as a replacement for chief of staff John Kelly or McMaster, should he be fired) could send US foreign and national security careening into uncharted waters. Bolton is known for his strident anti-Muslim views.

Bolton was particularly popular among a small but influential group of hardline anti-Islam activists, the "counter-jihad" movement, who believed the US government was being infiltrated by Islamists and that Islamic law was quietly taking over the US legal system.

He has been allied with arch-Islamophobe, Pam Geller, and wrote a forward to her book espousing her crackpot views. He was one of the Bush administration officials who trumpeted the false claim that Iraq's Saddam Hussein had nuclear weapons.

What is US' endgame in Syria
Samer Abboud
Read More »

He also shares Pompeo and Trump's harsh views on Iran. In a 2015 New York Times op-ed he advocated a military attack by Israel and/or the US on Iran's nuclear facilities: "Time is terribly short, but a strike can still succeed. Such action should be combined with vigorous American support for Iran’s opposition, aimed at regime change in Tehran."

Clearly, Bolton does not believe in diplomacy. Rather, he prefers war and the aggressive projection of American power as the best means of securing American interests in the world.

With the accession of figures like Pompeo and Bolton to positions of power in the Trump administration, we face a nightmarish Dr Strangelove scenario. As you may recall, that film ends with an air force officer gleefully riding a nuclear bomb as it drops on its Russian target. 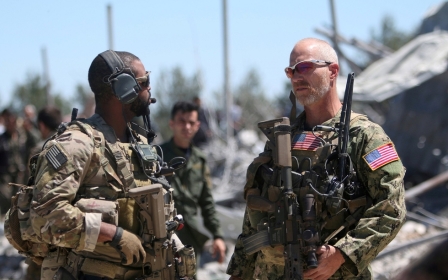 Syria War
What is the US endgame in Syria?
Samer Abboud 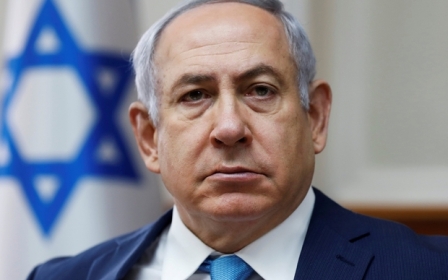