The missing element from GCC normalisation with Israel: The Palestinians

Ben White
The lack of a unified, representative Palestinian leadership, pursuing a path of strategic resistance to Israeli occupation, is part of what makes such increasingly public steps toward normalisation possible 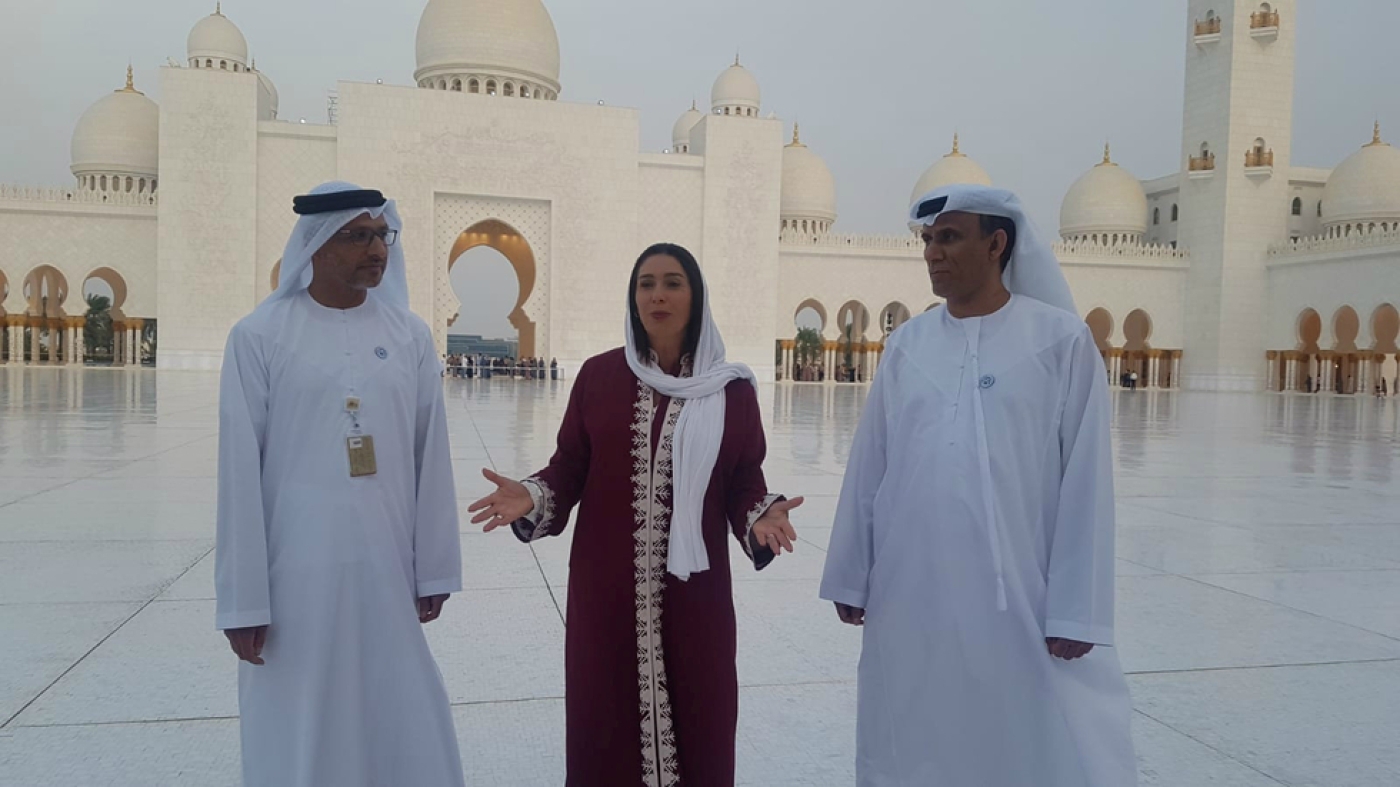 Late October and early November saw a number of well-publicised visits by Israeli ministers to Gulf states, including a surprising trip by Prime Minister Benjamin Netanyahu to Oman, where he was hosted in Muscat by Sultan Qaboos bin Said.

These visits – to countries with whom Israel does not have official ties – have prompted a rush of speculation about to what extent Israel’s relations with certain regional actors are being normalised, irrespective of the lack of progress towards realising the Palestinian people’s basic rights.

Netanyahu, for his part, is clearly encouraging such an interpretation: the Likud leader claimed his visit to Oman came “against the background of diplomatic efforts that I have been promoting in recent years vis-a-vis the Arab countries”. He added: "There will be more."

So, what is going on? As the Wall Street Journal put it, Netanyahu views Gulf states “as crucial potential allies in a Middle East that is realigned around opposition to Iran and is less concerned about Israel’s occupation of Palestinian land without a signed peace deal”.

From Israel’s point of view then, Netanyahu’s visit to Oman helped advance a number of related goals, including, as summarised by Ronen Bergman, “the hope…that other countries would take courage from this visit and also expose their own covert ties with Israel”.

For the Trump administration, the confrontation with Iran dominates the US approach to the region, including the promotion of an anti-Iran alliance between Israel on the one hand, and Saudi Arabia, the UAE, and other Gulf states, on the other.

Part of that strategy, however, also depends on making progress – or being seen to have made some progress – on the Palestinian question: the hope, therefore, is that Gulf states, like Saudi and the UAE, can pressure the Palestinians to accept a bad deal.

Jason Greenblatt – who, along with Jared Kushner, has been charged with producing a "peace plan" for Israel and the Palestinians –

hailed the recent “statements and/or gestures” from “our regional partners” Oman, Bahrain and the UAE, “signalling warmer ties with Israel”. "A more stable region leads to a stronger and more prosperous region. It is good for all,” Greenblatt added.

In the region, meanwhile, the Gulf states themselves have their own interests at play. For Oman, Netanyahu’s visit was about positioning itself as an important player in the region, one who maintains open lines of communication with a diversity of actors – a valuable “go-between”.

For Saudi Arabia and the UAE, closer – and more public – relations with Israel serve a number of purposes, including the anti-Iran alliance, ingratiation with the Trump administration, the use of Israeli technology in the suppression of internal dissent

For Saudi Arabia and the UAE, closer – and more public – relations with Israel serve a number of purposes, including the anti-Iran alliance, ingratiation with the Trump administration, the use of Israeli technology in the suppression of internal dissent, and economic cooperation more generally.

“Israel is a big economy compared to their size,” bin Salman told The Atlantic in April, “and it’s a growing economy, and of course, there are a lot of interests we share with Israel, and if there is peace, there would be a lot of interest between Israel and the Gulf Cooperation Council countries and countries like Egypt and Jordan”.

How far can these developments go – and what might stop them?

It is important not to exaggerate the scale of recent events. As one commentator noted in Israeli paper Haaretz, “some of what is being touted as progress with the Arab states has little to do with the Arabs themselves”, with Katz, Kara, and Regev’s trips all occurring in the context of conferences or events organised by international “multilateral institutions, not their host governments”.

Meanwhile, in the wake of the killing of Saudi journalist Jamal Khashoggi, it has been suggested that the Saudi crown prince – his credibility seriously damaged – may no longer be able to deliver the goods.

That was certainly the message of a 5 November report published by The Washington Post, where a number of US and Israeli officials “expressed concern” that the crown prince may now “have less leeway to pursue the gradual warming of relations between Israel and its Arab neighbours”.

A foreign diplomat told the paper that while Mohammed bin Salman was supposed to be a key figure in the Trump administration’s regional approach – no less than “the pivot point for a new, transactional Arab relationship with Israel that would undergird the Trump peace programme” – he “is not going to do the heavy lifting expected before now, and they [US officials] are deciding what to do next”.

However, in Netanyahu’s forthright defence of Saudi Arabia’s "stability" – and by linking the importance of that stability to a tempered response to the killing of Khashoggi – there was a sign that Israel’s premier saw “an opportunity to score points with bin Salman in case he stays in power”, a public display of support that could have “significant potential gains down the line”.

In the aforementioned Post report, an Israeli official credited Riyadh with “already playing a main role by allowing or encouraging small diplomatic steps over the past month”, including by sending “signals to Oman, the United Arab Emirates and Bahrain condoning diplomatic overtures to Israel”. Israel, and Washington, will not want to lose this role so soon.

But there are two further potential constraining factors: Arab public opinion, and events in Palestine itself.

As the 2017-2018 regional survey conducted by the Arab Centre for Research and Policy Studies demonstrated, there is overwhelming popular opposition across the Middle East to diplomatic ties with Israel: 87 percent of the Arabs polled “would disapprove of recognition of Israel by their home countries”, with just 8 percent “accepting formal diplomatic recognition”.

While a convergence of US, Israeli and regional interests is the key to understanding why there is a drive towards normalisation, there is a missing factor in analysing how such an initiative is possible. Such developments can only take place in the context of the crisis afflicting the Palestinian political scene, a crisis that has helped create the space regionally for normalisation.

Sounds counterintuitive? After all, the office of Mahmoud Abbas, PLO officials, Hamas and others have expressed open dismay regarding Israel’s burgeoning regional ties. But the fact remains that the lack of a unified, representative leadership, pursuing a path of strategic resistance to Israeli occupation, is part of what makes such increasingly public steps toward normalisation possible.

We only need to look back to the 1990s to see how steps taken by Palestinians, and events in Palestine, can directly impact on Israel’s ability to pursue regional normalisation. It was the Oslo Accords which ushered in a period where Israeli officials made numerous visits to countries lacking formal relations with Israel – and it was the Second Intifada which saw such relations regress.

Thus, the question of Israel’s regional normalisation is inextricably related to events on the ground in Palestine and to the initiatives of Palestinians – both leaders and on-the-ground activists – an unknown quantity that the Americans, Israelis, Saudis and others, will be praying does not undermine even the limited gains towards normalisation thus far. 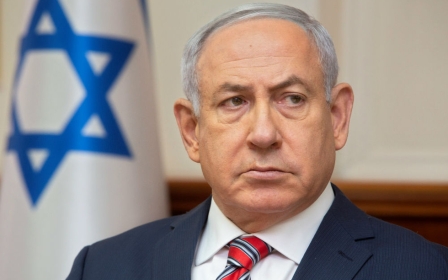 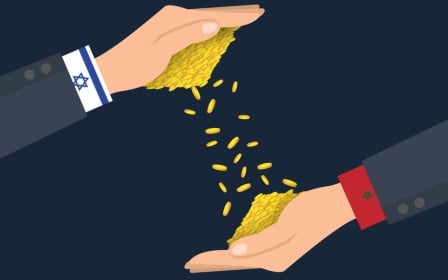 Business
The open secret of Israeli-Moroccan business is growing