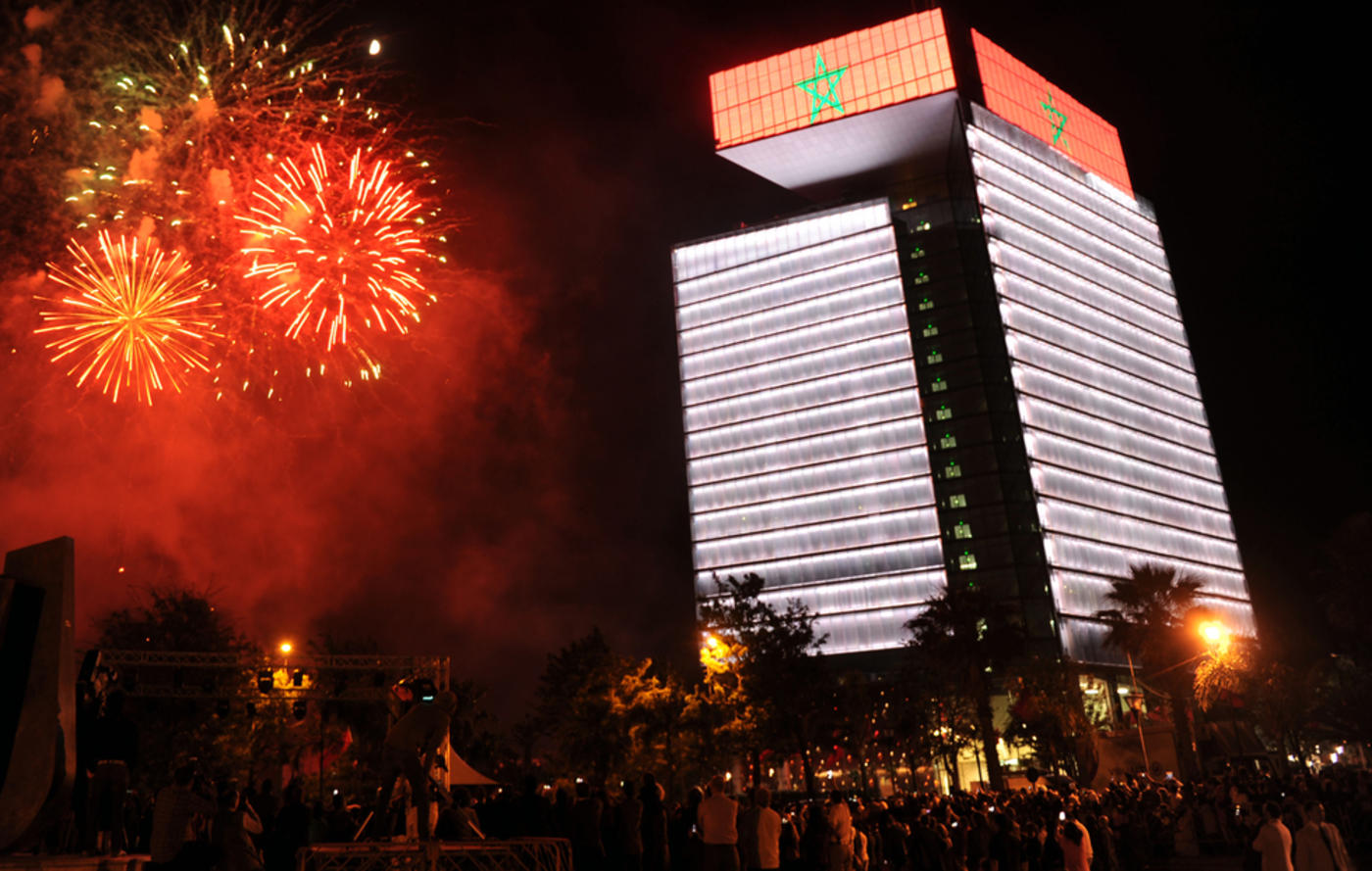 Few months away from Morocco’s 2016 legislative elections, the Islamist-led government has not been able to reform some crucial sectors such as health, education and pensions despite carrying out radical reforms in the last four years such as the fuel price liberalisation, the overhaul of the compensation fund and social benefits to the unemployed.

The compensation fund subsidises oil products and some basic necessities such as sugar and flour in order to protect Moroccans’ buying power and the national economy from price volatility in the international market. The necessity of reforming this fund was urgent as the subsidies budget reached 6.1% of the country’s GDP in 2011, almost equalling the investment budget (6.2% of the GDP) for the same year.

The reform of the compensation fund was certainly one of the Islamist-led government’s most striking reforms that will go down in history because none of the previous governments dared approach it due to its delicacy. The impact of this reform on the Moroccan economy has been irreversible. Politically speaking, the reform of the compensation fund was a dangerous political card to play with in the current economic climate.

The government then embarked on a gradual lifting of subsidies, including petroleum products despite the opposition’s criticism. The savings were reallocated in social aid to the most underprivileged layers of society and on the reduction of public deficit, helping the government relieve the state budget. Wealthy populations and companies are now forced to pay the right price for the subsidised products which previously saved them millions of dirhams.

The de-compensation measures undertaken by the government have led to a significant reduction of the subsidies’ weight on the state budget, bringing it back to its level before 2007.

The decision is part of a price liberalization policy demanded by the International Monetary Fund, which has already been applied to products such as milk, butter and diesel.

The government took a daring decision a year ago to liberalise fuel prices to alleviate a huge burden on the country’s public finances after decades of price subsidies.

Since 1 December, fuel companies set their own prices but within a limit set by the government. This ceiling also changes in accordance with market changes and exchange rates. This price liberalisation is the last step in a solution to a problem that has suffocated the Moroccan economy.

The liberalisation of the fuel market is a step towards the reform of the compensation fund as more money can be used to achieve more social equity. It will alleviate the fiscal burden of government subsidies and direct this manna towards social sectors including health and education.

The government’s de-compensation of hydrocarbons will backfire should oil prices significantly rise as witnessed between 2008 and mid 2014.

Since January 2015, the Moroccan government has been giving jobseekers a long awaited unemployment benefit. The unemployed must fulfill many criteria in order to receive a monthly benefit which represents 70% of the monthly salary received during the 36 months preceding the loss of employment: they must prove 780 days of contribution in the three years preceding the loss of employment (including 260 days in the last year and have lost his employment involuntarily).

However, the law specifies that the ceiling should not exceed the minimum wage. Clearly, the compensation must not exceed 2600 dirhams ($262). Furthermore, over 580,000 unemployed will not benefit from the allocation because they never contributed to the social security. This figure could be much higher since the investigation carried out by the High Commission for Planning notes that only 27.8% of the unemployed found themselves in this situation following the dismissal by their employer or termination of the company’s activity. The first requirement to qualify for unemployment benefit is precisely to have lost their job involuntarily, which makes the percentage of benefit claimants quite small.

The Medical Assistance Plan to Destitute Populations (RAMED) has now reached more than its target. The number of people registered in RAMED reached more than 9 million people or more than 3.4 million homes at the end of November 2015, covering 113% of the target population three years after its generalization.

However, the coverage rate remains relatively poor because it exceed 100% rate in ten regions while it remains low in the other two.

Rural areas represent 48% of the registered persons and the distribution of beneficiaries by category reveals a pre-eminence of people in poverty with a rate of 86%, according to the latest report released by the National Health Insurance Agency (ANAM).

In October 2014, the government adopted a draft decree laying down the eligibility conditions for widowed women with children to get a monthly allowance.

This draft decree provides for aids to 300,000 widows varying from 350 dirhams to 1050 dirhams ($35 to $106) per month for those with up to three children without the possibility of combining this support with any other aid of whatever nature.

However, the orphans cared for by their mothers must be schooled until the age of 21. As for children with special needs, there is no age ceiling for their allowance.

The allowance is not enough to support widowed women coming from relatively poor background, forcing orphans to abandon education in order to make ends meet.

What needs to be reformed?

Important reforms are still waiting to be carried out especially in health, education and pensions. The opposition criticised the coalition government for its "slowness" in responding to its citizens' concerns amid a soaring cost of living and stagnating wages.

In late 2013, King Mohammed VI strongly criticized the government for not doing enough on education, holding it responsible for the decline of this vital sector.

The education sector is in a desperate need of a major overhaul as public schools are losing more ground to the private education due to the declining standards.

More Moroccans are putting their children in private schools because they lost confidence in the public system which has been crippled by overcrowded classrooms and below-par teaching and infrastructure.

Education minister Rachid Belmokhtar said in early 2015 that the priority would be to ensure the mastering of basic skills through the introduction of a new curriculum for the first four years of primary school, totally focused on reading, writing, arithmetic and enlightenment.

This educational revolution will prioritise teacher training and coaching. School principals will also be trained in order to achieve more professionalism in institutions.

Failures and deficiencies exist at the level of governance, human resources, integrity and the role of IT in the education system. Morocco has witnessed a string of educational reforms for decades without building a quintessential model that could strengthen this sector.

In a heated debate on Moroccan TV channel 2M last November, the opposition chided the government for failing to reform the education and healthcare systems.

“Has Moroccans’ life changed since you ascended to power? At the hospital, is the care for citizens better? When that same citizen sends his children to public school, is he satisfied?” Asked Mohamed Sajid, Secretary General of the Constitutional Union.

The healthcare system is still a dire need of reform despite the noticeable progress regarding the expansion of health coverage and a decline in infant and child mortality. There remains a disparity in health status from one region to another and a lack of healthcare quality besides the problems between the health ministry and the medical residents and interns regarding the pay and other working conditions.

Health minister El Houssaine Louardi pledged to devote the year 2016 to human resources and the review of employees’ salaries. He said that the efforts will be focused on training and ongoing education as well as social actions such as the acquisition of housing and the improvement of working conditions.

The health ministry has managed to develop a new restructuring program of regional and provincial hospitals which will take effect from 2016 as part of its reforms with an annual budget of one billion dirhams (almost $101 million) over five years.

The pension fund is one of the most difficult files that the government has inherited from its predecessor. Prime Minister Abdelilah Benkirane proposed last month to the parliament a pension reform bill that will gradually increase the age of retirement despite the unions’ strong opposition.

Benkirane said that the reform cannot wait, given the critical situation of the country’s pension fund whose deficit reached 3 billion in 2015 and expected to go up two-fold in 2016.

The draft bill, which was adopted by the government January 7, caused uproar among the country’s labour unions who staged protests January 12 outside the Moroccan parliament.

The PM warned that the minimum level of financial reserves required by law will be exhausted and the available financial reserves will not be able to cover more than two years of pensioners’ rights unless a serious action is taken on reforming pensions.

Benkirane explained that the main causes that led to the current situation of pension funds are: the imbalance of the applied tariffication, knowing that the pension system pays DH2 against DH1 of deducted contributions, the increase of the allocation period pension from 17.8 years in 1980 to 21 years now against a decline in the duration of contributions due to a higher age of recruitment, which increased from 24 to 27 during the same period.

The demographic factor is also among these causes. The PM explained that there were four contributors for one pensioner in 2007, while in 2016 there are only two contributors.

Should the parliament approve the reform bill before the legislative elections in September, the government will solve one of the most unpopular issues that could decide its faith in the future.

The questions that should be raised for the next few months: Will the Islamist-led government bravely tackle the complicated reforms that need to be carried out to the detriment of its popularity? Will the opposition parties help the government achieve them or will they be tempted to put the baton in the wheel to score political gains ahead of the upcoming elections?

Moroccans’ participation level in the 2016 legislative elections will certainly be the answer to the government’s achievements throughout its rule, especially when Moroccans welcomed the New Year with price hikes in electricity, train tickets and sugar.

Migration
Who is to blame for the 'deadliest ever' incident on Morocco-Spain border?
Inside Morocco
Four Moroccan women accuse French tycoon Jacques Bouthier of sexual harassment
Inside Morocco
Morocco: The regime's hidden war against Islamist movement
Ali Lmrabet 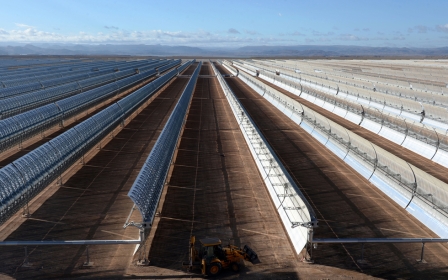 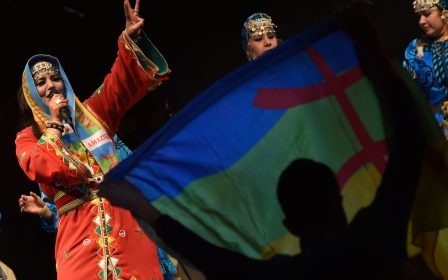