Palestinian reconciliation: Why is it likely to succeed now?

Azzam Tamimi
A weakened Hamas, Gaza public opinion in favour of any deal and a chronic security problem in Egypt’s Sinai are why Palestinian reconciliation efforts will succeed this time 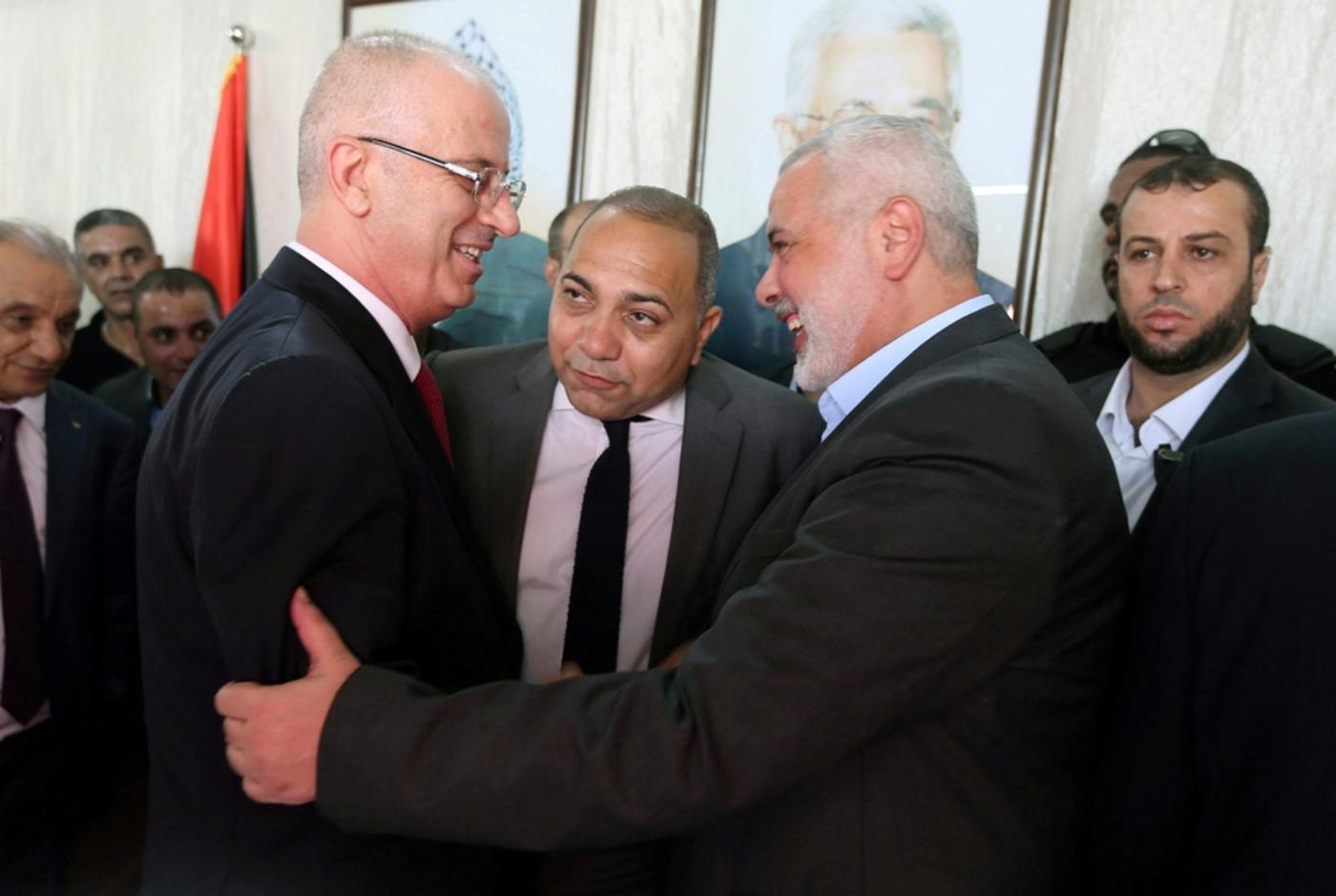 For a change, all parties concerned seem to be eager to see Palestinian reconciliation succeed. Each player has its own reasons, of course. Yet, it would not have been possible to come this far so quickly had it not been for the deepening humanitarian crisis inside the Gaza Strip and the growing predicament Hamas, which controls Gaza, finds itself in as a result.

There is no doubt that the siege imposed on Gaza by Israel and Egypt has achieved its objectives. Life has become so unbearable that public opinion within the Strip is overwhelmingly in favour of any deal that is said to promise easing the pressure. This has prompted Hamas to express readiness to make concessions that had until recently been inconceivable.

The full extent of these concessions is unclear and the deal under discussion is shrouded in ambiguity.

What is known thus far is that Hamas has agreed to disband its own administrative committee in charge of the Gaza Strip in a prelude to handing over control to the Ramallah-based Palestinian Authority (PNA), whose Prime Minister Rami al-Hamdallah arrived in the Strip on Sunday. As part of the new arrangement, Hamas is expected to relinquish control over the crossings with Egypt and Israel.

While some Hamas leaders have maintained that the movement's military force is not for negotiation, Fatah spokespersons insist that reinstating the PNA in Gaza would have to mean an end to all military manifestations outside the control of the PNA. It is inconceivable that the Americans and the Israelis, who are said to be in favour of the current reconciliation effort, will settle for anything less than dismantling Al-Qassam, Hamas' military wing. This is believed also to be the position of the government in Cairo.

The other important factor that brought about a shift in Hamas' position was the election of a new leadership. Over the past decade, Hamas developed a complex organisational structure that consisted of three regional administrations – one for Gaza, a second for the West Bank and a third for the diaspora – and an overarching one.

In February 2017, a new leadership for the Gaza region was elected, with Yahya al-Sinwar, a freed war prisoner, as its head. A few months later, Ismail Haniyyah was elected as the new head of the overarching leadership. Both men are based in Gaza.

In the past, decision-making within Hamas was a laborious process. The head of the political bureau had to consult with the leadership of every region as well as with his comrades in the overarching structure. When former Hamas leader Khaled Meshaal once violated this norm by individually consenting to a proposed arrangement with PNA President Mahmoud Abbas without consultation, he was severely criticised, particularly by Hamas figures inside Gaza.

Now the exact opposite is happening. Hamas leaders in Gaza are accused of not being bothered to consult with anyone. It is no longer secret that tension has been building within the movement since Sinwar decided, singularly, to meet and negotiate with his former schoolmate Mohammed Dahlan, a close associate of Abu Dhabi’s Crown Prince Mohammed Bin Zayid and an arch enemy of Hamas.

But to his credit, Sinwar seems to be consistent with the public mood within Gaza. People are not only exhausted because of the siege and want to see it end but are also tired of remaining prisoners of old rivalries. Dahlan was Fatah's main security man when war erupted between Fatah and Hamas in the Strip in June 2007, resulting in the death of dozens on both sides and with the eventual takeover by Hamas in Gaza and by Fatah in the West Bank.

Hamas may, under the new terms, revert gradually to a modified version of what it used to be before December 1987, a socio-religious movement

Today, the new leaders of Hamas want to turn over this dark page in the history of the strip. Hamas' Cairo meetings with Dahlan, who now commands the loyalty of nearly half of Fatah's members of the Palestinian Legislative Council and is a serious rival of Abbas, paved the way for what is known as community reconciliation.

With funding from the United Arab Emirates and cooperation from Egypt, Dahlan set up a fund to compensate families who are willing to be part of a programme aimed at healing old wounds. According to Reuters, each family stands to receive the sum of $50,000 in exchange for publicly renouncing demands to avenge the deaths of family members.

Finally, Hamas has been considerably weakened in recent years. Since 2008, it has been the target of three major Israeli military campaigns and numerous smaller attacks and incursions. Yet, the most devastating development has been the success of the UAE and Saudi Arabia in aborting the Arab Spring.

The 2013 military coup in Egypt was a particularly catastrophic blow to Hamas. Since then, the movement has been left deserted and under siege. Disagreement with Iran over Syria earlier cost it hundreds of millions of dollars in Iranian sponsorship of its Gaza administration not to speak of the lost military and logistical support both Iran and Syria used to provide.

End of an era

Palestinian reconciliation is likely to succeed this time because all parties concerned desire to see it succeed. Egypt has a chronic security problem in Sinai and has now concluded that Gaza can be part of the solution rather than the problem. The Arab counterrevolution states, particularly the UAE and Saudi Arabia, believe that reconciliation would pave the way for official diplomatic and trade relations with Israel.

It is no secret that these Arabs are dying to go public with their Israeli ties but are barred by the lack of progress in the peace process. They believe that once Fatah and Hamas are reconciled, the PNA and Israel can resume final-status talks, and once the Palestinian Israeli conflict is fully resolved they will be able to justify ending their own public hostility toward Israel.

If so, and if ever allowed, Hamas may, under the new terms, revert gradually to being a modified version of what it used to be before December 1987, a socio-religious movement. But will it ever be allowed? With the military in charge in Egypt it is highly doubtful. 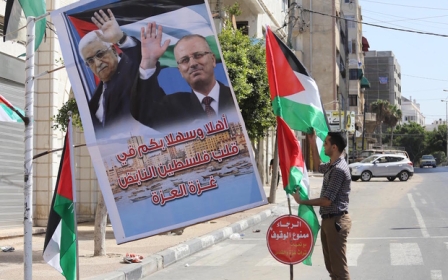 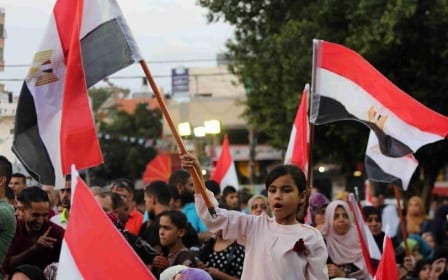 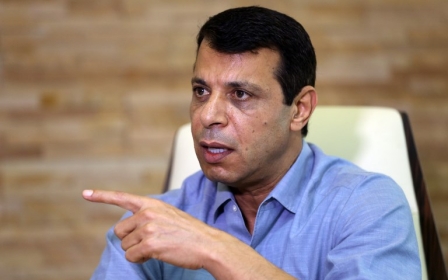