Kareem Chehayeb
Before Omran, there was Alan and Hamza. Expressing outrage over Syrian children that symbolise the 'horrors of war' simply is not enough 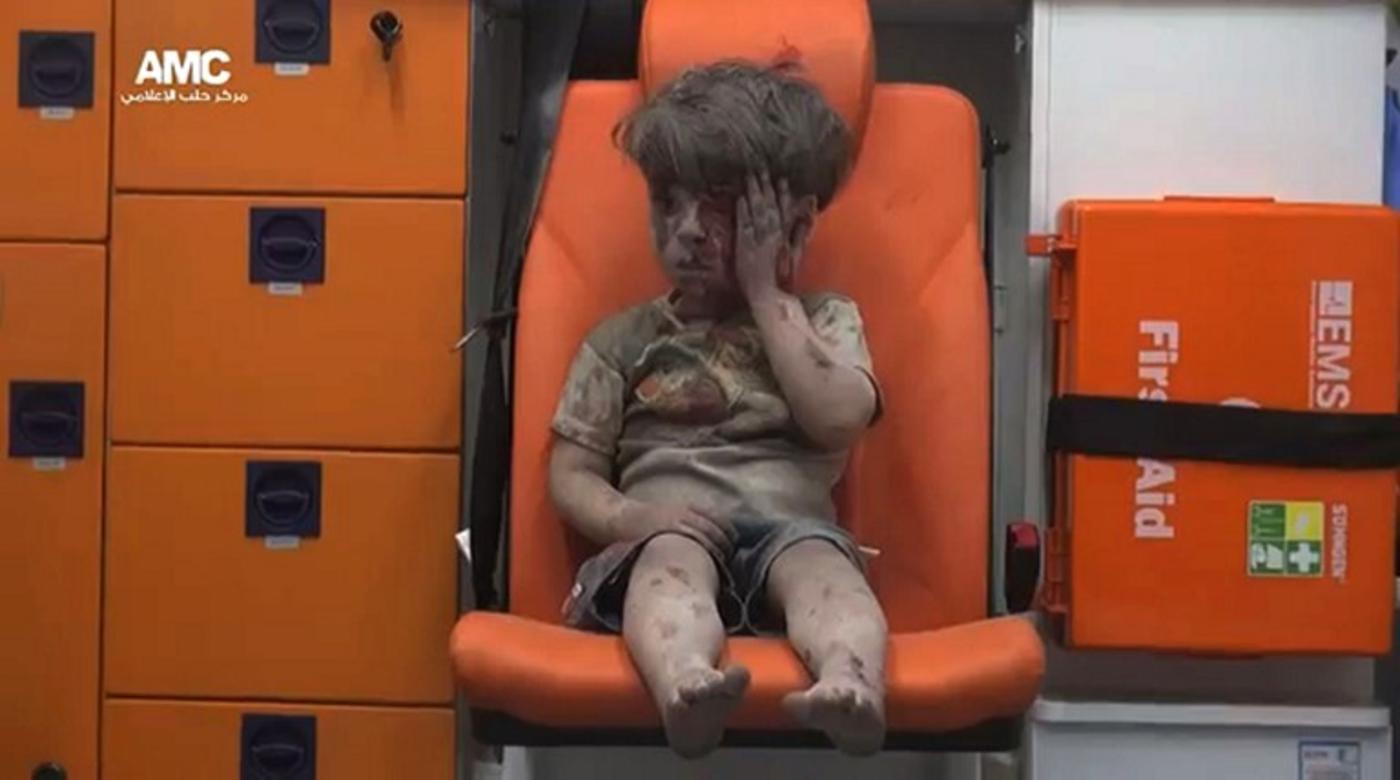 Bewildered and traumatised, Omran Daqneesh sat in an ambulance wiping dust and blood off his face, waiting to be treated.

He was saved on Wednesday night by Syrian Civil Defence volunteers - also known as the The White Helmets - after surviving an air strike in the opposition-held neighbourhood of Katarji in Aleppo. Daqneesh is five-years-old, and so far he has not lived a second of his life away from war.

The video of Omran Daqneesh went viral, just like the video of three-year-old Alan Kurdi, whose lifeless body was found washed ashore in near Bodrum, Turkey, as he and his family fled Syria to find refuge in Canada.

Just like the image before that of 13-year-old Hamza al-Khatib, who was picked up by Syrian security forces near Daraa in April 2011. A month later, his swollen body – with gunshot wounds, burn marks consistent with electric shock devices and a severed penis – was released to his family.

While both Alan and Hamza’s deaths – and their images - led to international outrage and horror, they have proved to be flashes in the pan.

With many men, women, and children like Alan washed ashore a year later and hundreds of thousands more killed in the country since the UN stopped counting, all we have seen is the EU-Turkey Deal and an anti-refugee policy that returns asylum seekers searching for security in Europe back to Turkey.

Alan Kurdi became the poster child of the refugee crisis. Hamza al-Khatib was called a symbol of the Syrian opposition.

Now governments and international organisations are quickly turning Omran Daqneesh into a symbol of the horrors of war, a rhetorical tool without any initiative to change circumstances for thousands of suffering people.

Omran Daqneesh, like Alan Kurdi and Hamza al-Khatib before him, should be a reminder of the global neglect for justice for Syrians five years on.

The compassion that the international media appears to be showing for Omran is not something to be criticised.

The narrative on these tragedies that excludes the political context exploits the victims because only a sliver of the story is told.

This does not include the twisted and opportunistic coverage of some media outlets who selectively condemn atrocities depending on the culprit.

Russia Today (RT), for example, remains sceptical about the whole situation surrounding the air strikes that injured Omran and his family.

RT presenter, Oksana Boyko, went so far as to tweet that sharing the picture of Omran aids “cut-throats’ army”.

CNN’s Kate Baldouan was moved to tears at what she saw.

“The little boy is in total shock. He’s stunned. Inside his home one moment, and in the next, lost in the flurry and fury of war and chaos.”

“At least three people were killed by this bomb in this neighbourhood. This Omran. He is alive. We wanted you to know," she said.

But unfortunately, her report did not dig deeper into what has been happening in Aleppo for so long. There was no mention of the Syrian government’s siege of opposition-held areas of Aleppo, cutting off about 250,000 people from their right to accessing basic means of survival.

There was no mention of the countless air strikes by the Syrian and Russian armies over Aleppo, including the air strikes that nearly murdered Omran Daqneesh and the rest of his family.

And there was also no mention of the current siege on parts of regime-held Aleppo.

Understanding the context of the humanitarian crisis is necessary. If we do not talk about the culprits behind the crimes - be it the Syrian regime and its allies, the Islamic State, Jabhet Fateh al-Sham or the multitude of factions - then there will never be justice.

Time and time again, the global media has failed to put the suffering of Syrian people into context.

We have seen minimal action from the world’s most powerful countries, nor have we seen much intent from them either.

Take the EU, for instance, now dubbed “Fortress Europe,” over its brutal efforts to barricade refugees from escaping the violence in Syria.

Countries like France have not hesitated to launch air strikes in Syria and Iraq. And yes, the French president has promised to accept 30,000 Syrian refugees by 2017, while many other EU countries have lagged behind.

Often forgotten are the 4.5 million internally displaced Syrians. While the US and Russia have both been spending millions of dollars a day, and recent reports have suggested the two countries might carry out joint air strikes against IS and Jabhet Fateh al-Sham, they have showed no interest to step up their efforts when it comes to protecting civilians, whether they are those in the crossfire or trying to escape it.

This only scratches the surface of how terrible things have been these past five years. If these countries, and others, can invest so heavily in the war in Syria, then surely they can provide safe, humanitarian resettlement for Syrian refugees. There are no valid excuses.

This does not simply mean that we need to pressure these countries to open their borders for refugees fleeing conflict, but we also need to start discussing and taking action without excluding the political context of the catastrophes.

Expressing outrage alone over individuals like Omran, Alan and Hamza who symbolise the “horrors of war” simply does not cut it. Changing our Facebook profile photos to those of war victims and saying "Je Suis" whenever a new attack has happened, is not enough on its own.

There are countries, militias, organisations, and individuals fuelling this war. If we do not acknowledge their responsibility and the complicated nature of this war, we cannot begin to pressure our leaders to bring it to an end and ensure that hundreds of thousands Syrians have not died in vain.

- Kareem Chehayeb is a Lebanese writer and musician based in Beirut. He is the co-founder of Beirut Syndrome, a grassroots media platform. You can follow him on Twitter @chehayebk 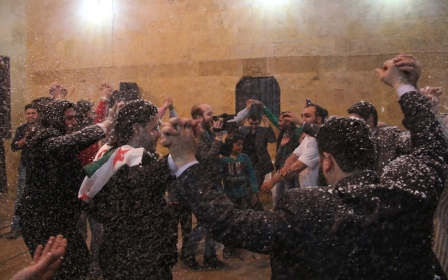