Adlene Mohammedi
Since the Arab Spring a decade ago, Saudi Arabia and the UAE have endorsed a counter-revolutionary posture almost everywhere and pursued adventurism - with poor results 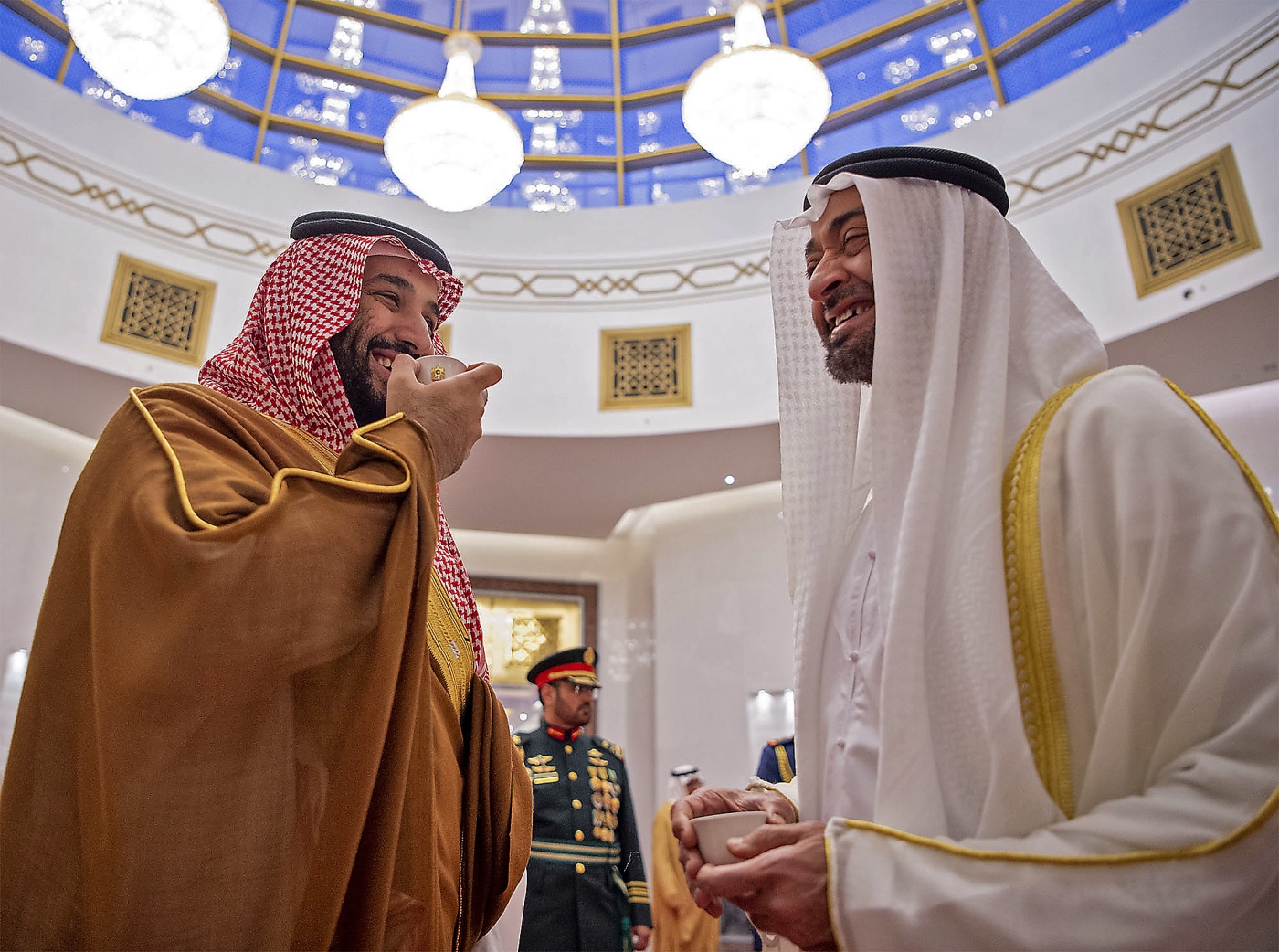 As early as the Tunisian and Egyptian uprisings, three distinct Middle Eastern geopolitical axes became clear: an openly counter-revolutionary axis led by Saudi Arabia and the UAE; an Islamo-reformist (pro-revolutionary and in favour of the Muslim Brotherhood and its offshoots) axis led by Turkey and Qatar; and an “axis of resistance” (resisting the US and Israel), embodied by Iran, Syria and Hezbollah.

Like Russia, the counter-revolutionary axis viewed the Arab uprisings as a threat, particularly represented by political Islam, while the Islamo-reformist axis supported this phenomenon and fought for the triumph of political Islam in the Arab world. Iranians, for their part, expressly welcomed the Arab Spring, as it shook up the privileged partners of Riyadh.

The Libyan and Syrian armed conflicts give nuance to these positions. While the “axis of resistance” favoured the status quo, the Riyadh-Abu Dhabi axis aligned with the Ankara-Doha axis in favour of the overthrow of Muammar Gaddafi in Libya and - in vain - Bashar al-Assad in Syria. In the latter case, Saudi Arabia’s main intention was to curb Iranian influence in the region.

Indeed, these axes are founded on political and strategic biases and not on religious considerations. It is not the opposition between Sunni and Shia that determines the geopolitical divisions of the Middle East.

The Riyadh-Abu Dhabi axis is not defined by a desire to defend Sunnism, but by its proximity to Washington, its inclination to normalise ties with Israel, its hostility towards Iran (which concerns Riyadh more than Abu Dhabi) and its great distrust towards the Muslim Brotherhood (which concerns Abu Dhabi more than Riyadh).

In July 2013, Saudi Arabia and the UAE achieved a major victory in Egypt with the coup against President Mohamed Morsi of the Muslim Brotherhood. The coming to power of President Abdel Fattah al-Sisi, the architect of the counter-revolution in Egypt, and the repression he led against the Muslim Brotherhood, were widely supported by Riyadh and Abu Dhabi.

In Syria, Russian military intervention saved the loyalist camp and made attempts to overthrow Assad almost futile. Saudi Arabia’s defeat in Syria seemed to become final in April 2018, when its proteges in Jaysh al-Islam (the Army of Islam) capitulated after the Eastern Ghouta battle.

Saudi Arabia’s support for a Salafist group also shows Riyadh’s ambiguity with regards to Islamism. The Muslim Brotherhood is hated for its transnational and reformist character, but some national Salafist groups are approved in Egypt and Syria. 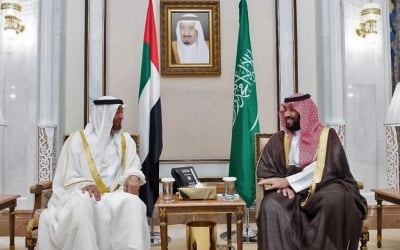 Eight months after the defeat of rebel groups in Eastern Ghouta, the UAE reopened its embassy in Damascus and fully assumed - unlike its Saudi ally, still hesitant and unwilling to give ground to Iran - its preference for authoritarianism and stability.

Today, the Riyadh-Abu Dhabi axis is experiencing difficulties in Libya. The UAE, Egypt and, to a lesser extent, Saudi Arabia support Khalifa Haftar, an actor who challenges the internationally recognised legal power of Fayez al-Sarraj’s Government of National Accord, while it’s supposed to embody authority and stability. This has multiplied setbacks in the Tripoli area, where Turkey is determined to support Sarraj.

Despite a real convergence between Riyadh and Abu Dhabi - noticeable in 2011 when protests started in Bahrain, in 2013 in Egypt and even in 2017 with the boycott of Qatar - and a strong personal relationship between their crown princes, Mohammed bin Salman and Mohammed bin Zayed, the two states are far from being on the same page.

In recent years, the UAE seems to have decided to redefine its priorities, which are sometimes contradictory: to defend stability and authoritarianism against attempts at democratisation and against political Islam. In the background is a subtle rapprochement with Iran. The UAE also aims to develop a maritime network, even if that means strengthening separatism in Yemen and Somaliland.

In Yemen, the grand coalition led by the Saudi monarchy against the Houthi rebellion has shrunk away. Militarily and politically, after more than five years of war, the Houthis - who control Sanaa and much of Yemen’s territory and population - are in a position of strength. There is no longer any doubt of a defeat for Saudi Arabia and the loyalist camp of President Abd Rabbuh Mansour Hadi.

While playing the anti-terrorist card and blaming the loyalist government - and, indirectly, the Saudis - for accommodating the Muslim Brotherhood-affiliated al-Islah (Reform) party, the Emirates have supported Yemen’s southern separatists, who control Aden. In April, the separatists went so far as to proclaim the autonomy of the southern provinces.

In short, Saudi Arabia no longer has control over Yemen: the north and the south are respectively mainly held by the Houthis and the separatists.

This “emancipation” of Abu Dhabi in its alliance with Riyadh has a notable geopolitical consequence: the standoff between the UAE and Turkey seriously competes with the cold war between Saudi Arabia and Iran.

Ultimately, the results of the Saudi-Emirati alliance in the Arab world are not very bright. The coup against Morsi in Egypt is the only “victory” that can be conceded to this alliance. From an ideological point of view, Arab populations are no longer satisfied with the rhetoric of authoritarianism against instability, which the Algerians and Lebanese recently proved.

Above all, the results of Saudi foreign policy are catastrophic: Saudi Arabia left Iraq, got defeated in Syria, retreated in Lebanon, experienced a debacle in Yemen and totally miscalculated its strategy in Libya. Saudi Crown Prince Mohammed Bin Salman would have been a much better festival organiser than a strategist.

Adlene Mohammedi
Adlene Mohammedi holds a PhD in political geography and is specialist in Arab politics in Russia. He runs Araprism, a website and an association dedicated to the Arab world 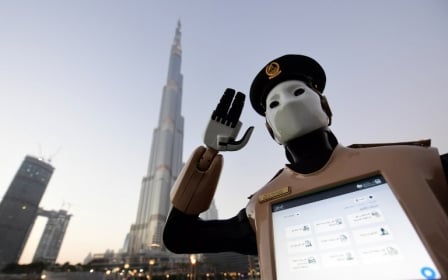 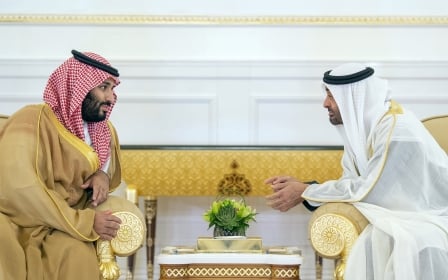 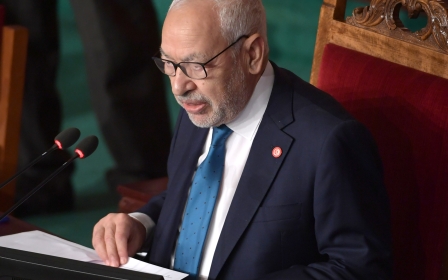