From Saudi royal court to exile: Why MBS wants to silence Jamal Khashoggi

David Hearst
The crown prince and his circle could not stomach that journalist Khashoggi was honest, spoke his mind and could not be bought 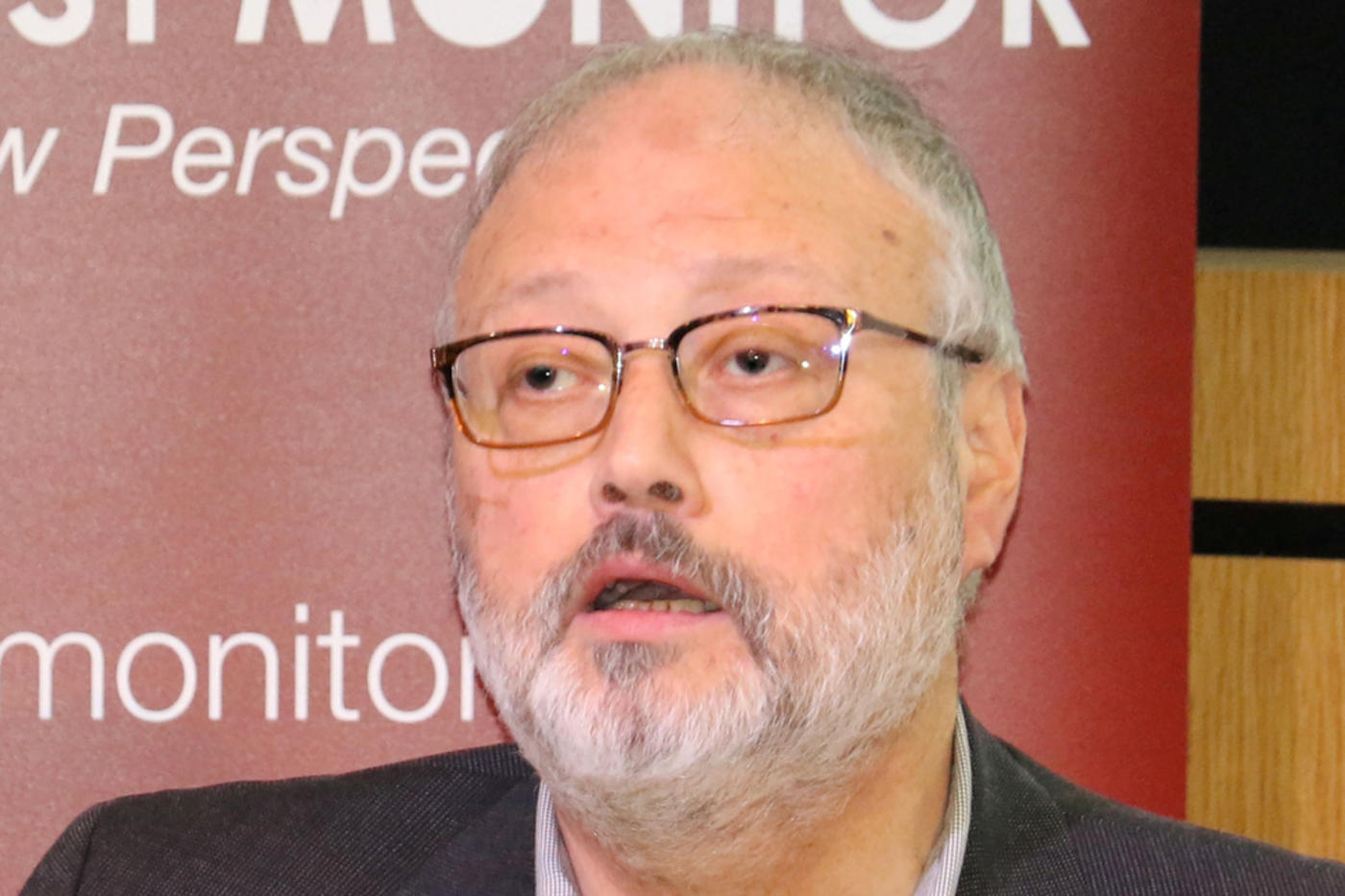 Jamal Khashoggi is a friend of mine, so what I am about to write lacks objectivity.

In the many conversations we have had together, and for a long time after he fell out with the new regime in Riyadh under Crown Prince Mohammed bin Salman, Khashoggi actively eschewed the label "Saudi dissident". He regarded himself as a loyalist, a son of the establishment, a journalist and foreign policy veteran who not so long ago was inside the benighted circle of the royal court. On occasions, he travelled with them.

I can cite many examples of Khashoggi parting company with Western liberal critics of the kingdom. He supported - initially, at least - the Saudi-led war on Yemen. In common with many Sunni Arab analysts, he thought that Iran had overextended its reach into the Sunni Arab world and that it was time for Saudi Arabia to push back.

He defended capital punishment. He supported a crackdown on corruption - if he could be convinced that it was genuine. He supported, too, attempts to diversify and privatise an oil-dependent economy.

But Khashoggi adhered to one principle that the small circle around Mohammed bin Salman could not stomach, a quality that earned him their undying enmity. Khashoggi was honest. He could not be bought. He spoke his mind and was clear about what he was saying.

He thought that there was only one path on which the kingdom should be headed in the 21st Century - that is of a slowly opening democracy headed by a gradually retreating constitutional monarchy.

He feared the crown prince would eventually bankrupt the country as a result of his vanity projects to raise new gleaming cities in the sand - cities that would remain empty. He recognised that MBS was popular with the youth, but calculated that popularity would last up to the point where they had to open their wallets. The Saudi journalist paid heed to reports of capital flight.

Khashoggi's criticism of his own country was nuanced and for that reason alone I would consider him a real reformer and true democrat. That he should - by now - have been detained for over 24 hours in the Saudi consulate in Istanbul speaks volumes about the character and intentions of those running the show in Riyadh.

It dispels the well-funded PR myth that has ensnared journalists like Thomas Friedman of the New York Times and Jamal's colleague on the Washington Post, David Ignatius, who have praised Mohammed bin Salman as a reformer. Ignatius wrote that the Saudi crown prince was giving his country "shock therapy". I did not think his paper supported the practise of lobotomy.

Mohammed bin Salman is shocking all right, but he is no therapist. He is vindictive. He bears grudges. He is supremely wilful. He has absolutely no respect for another country's sovereignty, territory, courts or media. He is reckless. That he should have staged this stunt in Istanbul, on Turkish soil, is a measure of how reckless the Saudi crown prince and the narrow circle around him are.

That Mohammed bin Salman should have staged this stunt in Istanbul, on Turkish soil, is a measure of how reckless the Saudi crown prince and the narrow circle around him are

Relations between Saudi Arabia and Turkey have steadily deteriorated since the coup attempt against the Turkish President Recep Tayyip Erdogan two years ago. It was clear which side the Saudi state-run media was on during the night of the coup. They ran wall-to-wall coverage, with all commentators saying either that Erdogan was dead or that he had fled the country.

That Erdogan had survived that night was truly bad news for Riyadh.

It took 16 hours for the Saudi state news service to realise that the coup had not succeeded and issue a statement expressing "the kingdom's welcome that things are returned to normal led by his Excellency President Tayyip Erdogan and his elected government and in line with the constitutional legitimacy and the will of the Turkish people".

Those memories are still raw, especially in the Turkish presidency. That Mohammed bin Salman should risk sending Saudi relations with Turkey to a new low by seizing a high-profile journalist on Erdogan's home turf, is another indication of how unstable the next ruler of the kingdom is.

As Riyadh knows only too well, it got very little for the $300m it paid, much of it in cash, to Iraqi politicians of different confessions who were contesting the recent election. It also knows that Turkey and Iran are in high-level talks - as is the Hashd el Shabi (also known as the Popular Mobilisation Units) and Sunni groups in Iraq - about a new security accommodation in areas that are traditionally Sunni.

This is the first time in many years that Iraq's Shia factions are genuinely divided and that a political deal that does not run so fully along sectarian lines is achievable. This is a delicate time for Saudi-Turkish relations. It is not in Riyadh's interest to upset the apple cart as publicly and clumsily as it appears to have done at the Saudi consulate in Istanbul.

Turkish intelligence are convinced that Khashoggi remains inside the building and have surrounded it. Saudi officials have strongly denied any involvement in his disappearance and say that he left the consulate soon after arriving.

It is essential that Turkey secures Khashoggi's safe release for reasons that go beyond the man himself, and a threadbare bilateral relationship.

Apart from being home to millions of Syrian refugees, Turkey houses thousands of political exiles from all over the Arab world.

Istanbul is home to virtually the entire gamut of the Egyptian opposition, secular and Islamist. It is where British-born militants are kept in prison. There is a lot going on in Istanbul, and more than one Western government would prefer to keep it that way.

If Turkey allowed abductions by foreign governments to take place on its soil, its own internal security would rapidly deteriorate. It would also lose the substantial leverage it has in the Middle East by providing safe haven for a number of Sunni opposition groups.

How much pressure the US Secretary of State Mike Pompeo is willing to apply with his counterpart, the Saudi Foreign Minister Adel Al-Jubeir, over Khashoggi (who has residency in the US and is a Washington Post columnist) is as yet unclear. The White House is no lover of the Washington Post or press freedom.

US President Donald Trump regularly insults and humiliates King Salman of Saudi Arabia to force him to pay even more for his own security than he already has done.

The regime in Saudi Arabia swallows these insults from Trump, while going to the opposite extreme with what it considers lesser nations like Canada, because it knows it has no other option.

Khashoggi was the first to warn Saudis of the dangers of getting into bed with Trump. In fact, this was the reason he fell out with the Saudi regime in the first place, and this was long before the Arab Islamic American summit held in Riyadh last May and the announcement of lucrative arms deals. It is indeed too late for Riyadh to heed the journalist's words, and so they have gone to desperate lengths to silence him.

For more than one reason, they should not be allowed to succeed. 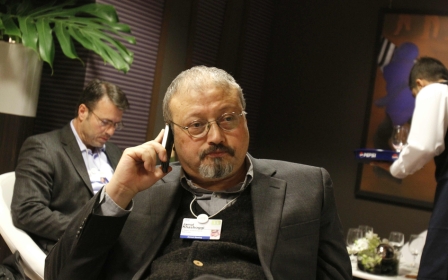 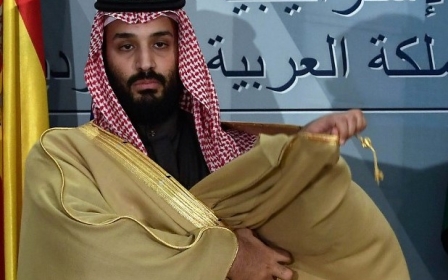 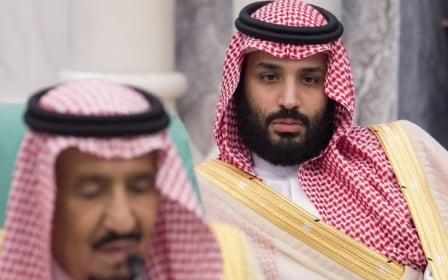