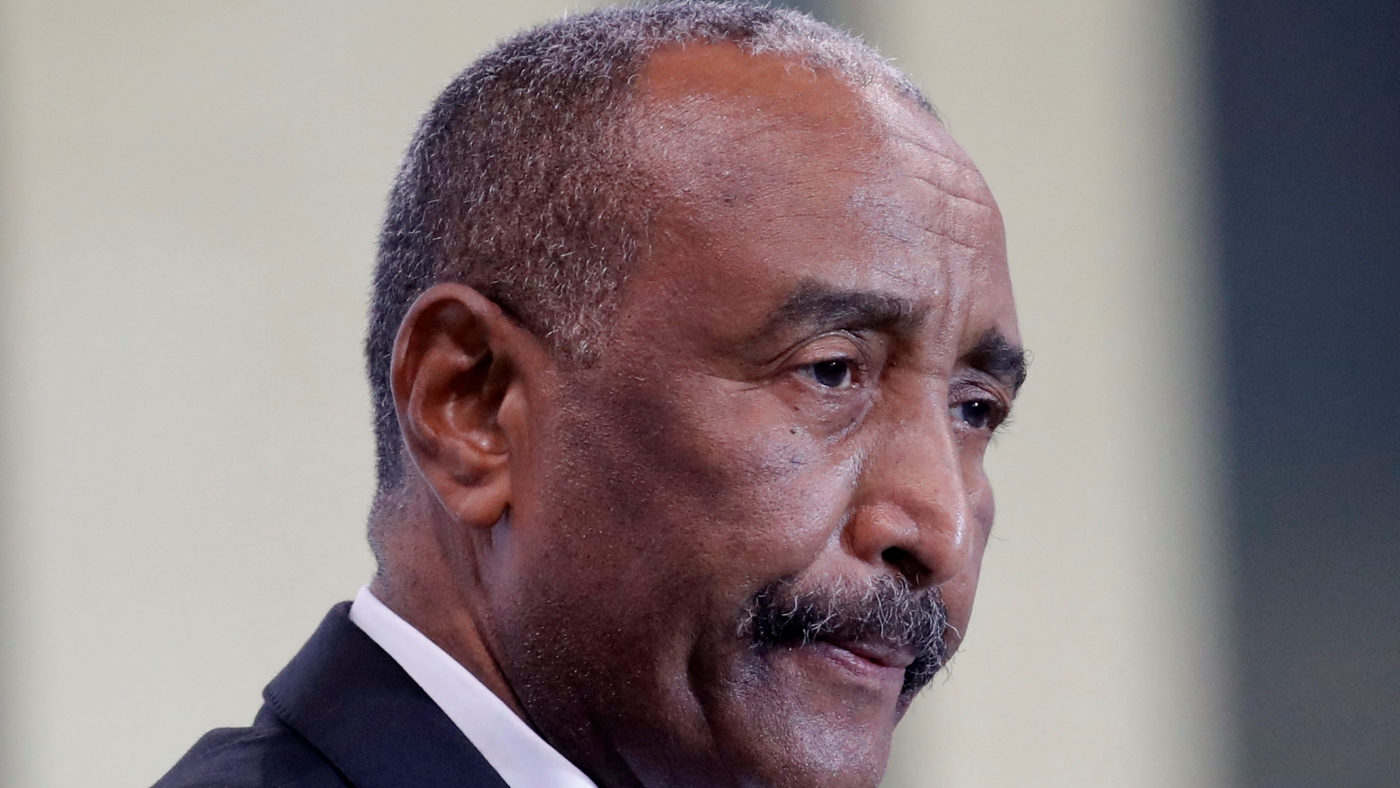 On Monday, Sudan’s military leaders launched a coup against Sudanese democracy. The coup represents a cynical power grab by a cadre of military officers desperate to preserve the army’s economic privileges and fearful of the accountability that genuine civilian governance will bring.

The trigger for the army’s coup attempt was the arrival of the deadline for the military to hand over the chairmanship of the interim Sovereignty Council to the civilians, as agreed in the Constitutional Declaration signed by the Forces of Freedom and Change (FFC) coalition.and the Transitional Military Council (TMC) in August 2019.

Abdel-Fattah al-Burhan, the former head of the Transitional Military Council, has dissolved the Sovereignty Council he was chairing along with the cabinet, dismissed regional governors and arrested senior civilian politicians, including the Prime Minister Abdalla Hamdok who was reportedly detained after refusing to read out a statement delivered to him.

How will the military actually rule in the wake of their attempted coup against the civilian democrats?

Formally, the military has announced that it will stick with the constitutional declaration, except that they will be suspending specific articles. These include articles 11, 12, 15, and 16 relating to the role of the TMC and FFC in composing the Sovereignty Council and cabinet and the powers of those institutions, as well as 24 (3) which stipulates that the FFC will nominate 67 percent of the seats in the yet to be formed Transitional Legislative Assembly.

Al-Burhan also suspended article 71, which confirms the TMC-FFC declaration as the source of the charter’s legitimacy, and 72, which confirmed that the establishment of the Sovereignty Council would bring an end to the original Transitional Military Council.

In effect, therefore, al-Burhan is trying to write the FFC out of the interim government and appears once more intent on taking on the role of former President Siwar al-Dahab who led the removal of Jafa’ar Nimeiri in the 1985 transition, guiding the interim period as head of a Transitional Military Council that subordinates the major civilian actors.

The difference from 1985 is that back then Siwar al-Dahab had the tacit backing of the more conservative political parties, including the Democratic Unionist Party, the Umma Party and the Islamist National Islamic Front, all of which saw the TMC as a means to displace the radical urban left.

Today, al-Burhan’s principal backers are specific Darfur rebel factions who signed the Juba Peace Agreement of 2020, particularly Minni Minnawi’s faction of the Sudan Liberation Army. The majority of the civilian parties, notably including the Umma Party, have denounced the coup and many of the other rebels are against it.

It is unclear how al-Burhan intends to manage the transition as envisaged by the Constitutional Declaration without their support.

Back to one party system

Al-Burhan will struggle to establish another one party system, as unlike Nimeiri in 1969 or Omar al-Bashir in 1989, he has no major ideological movement backing him. It will not be a straightforward task to return to the Islamists for ideological legitimacy, since al-Burhan was initially favoured by the Egypt-Saudi-UAE axis precisely because of his ability to distance himself from the Islamist Movement.

Unlike Jafaar Nimeiri in 1969 or Omar al-Bashir in 1989, Abdel-Fattah al-Burhan has no major ideological movement backing him

Insofar as he draws on the fulul, or remnants of the old regime, he will be seeking to draw not so much on the die-hard Islamists but the class of historic opportunists who joined al-Bashir’s system and Nimeiri’s before that due to a mix of power-seeking, corruption and contempt for democratic governance, more than ideology per se.

The 2020 Juba Peace Agreement (JPA) appeared at first as a major achievement of the transition. The interim government had achieved what neither of its predecessors in 1964 and 1985 had done, by reaching a peace deal with the rebel groups operating in the marginalised regions.

When Nimeiri signed the Addis Ababa peace deal that brought an end to Sudan’s first civil war in 1972, he did it so that the regional rebels would bolster him against his opponents in the riverain centre, after violent crackdowns on the Umma Party and the Communists. Like Nimeiri in 1972, al-Burhan has sought to use a peace deal with rebel movements operating in the marginalised regions to undermine civilian opponents in central Sudan.

The Juba Peace Agreement, by incorporating the rebels into the transitional governing systems and committing them to integration into the military, actually bolstered the army’s role in the interim institutions, as al-Burhan and particularly Mohamed Hamdan Daglo (Hemeti) exploited the rebels' resentment of the Khartoum-dominated civilian parties.

One of the principal actors here has been Minni Minnawi, governor of Darfur and leader of the Sudan Liberation Movement (SLM), historically one of the most opportunistic of all the rebel leaders. In the days leading up to the coup, Minnawi had joined a military-backed sit-in outside the Republican Palace calling for the dissolution of the interim government.

The risk is that the military fall back on the only form of legitimacy they have left: raw force

Amongst other things, Minnawi was defending his decision as post-peace agreement governor of Darfur to dissolve the al-Fashir branch of the Empowerment Removal Committee, tasked with dismantling the previous regime’s institutions.

As in previous transitions, attempts by the civilian democrats to dismantle authoritarian institutions ran into crisis in marginalised regions such as the West and East, where Bashir's National Congress Party (NCP) had tried to stave off dissent by bringing selected regional leaders into its own apparatus.

In the East, this has led to protests by NCP-era Beja Nazirs, the local tribal council in East Sudan, who are attempting to cripple Sudan’s economy by blocking the road to Port Sudan. When al-Burhan dissolved the transitional government, he also suspended the work of the Empowerment Removal Committee, at the same time as arresting the head of the committee, Wajdi Saleh.

Al-Burhan may be hoping to borrow from Abdel-Fattah Sisi’s playbook for crushing democracy, hoping to run an emasculated one-party system while the security and military apparatus inherited from the old regime rules de facto.

The power of the street

Sudan’s democrats, however, definitely have other ideas. Parliamentary politics are more entrenched in Sudan than in Egypt, and there have already been three civilian uprisings, in 1964, 1985 and 2018-2019, which have sought a return to democratic, parliamentary governance.

While Sudan’s three historic parliamentary systems only lasted between three and five years each, the military coups that ousted them failed to extinguish the commitment to political pluralism in Sudan, and particularly during the al-Bashir era, Sudan’s exiled political forces strove hard to reach consensus on how to make the next democratic system stronger. 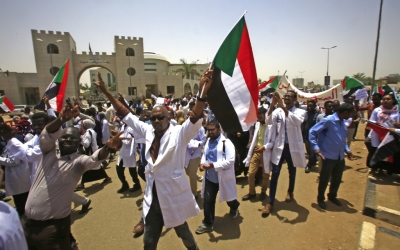 Are Sudan's democratic forces ready for the battle ahead?
Read More »

That consensus withered somewhat during the years of post-revolutionary political rivalry within the Forces of Freedom and Change, but the threat of a return to outright military governance has renewed it.

Al-Burhan may well have also underestimated the power of the street – while the Transitional Military Council of 1985 was able to shut down efforts to challenge it relatively quickly, the popular mobilisation today has been far more sustained.

Even if al-Burhan has overplayed his hand, however, it will be difficult for him to retreat, having now forfeited the limited popular legitimacy he obtained from his pseudo-championing of the revolution by arresting his civilian counterparts. The risk is that the military fall back on the only form of legitimacy they have left: raw force.

Seven deaths of protestors shot by the security forces have already been reported. Sudan’s transition has reached its most dangerous moment. International governments must do far more than express "concern" at the military’s unabashed power grab – and genuine pressure must also be exercised on the regional governments that are backing the interim military, and whose tacit support enabled the last major massacre of protestors in Sudan. 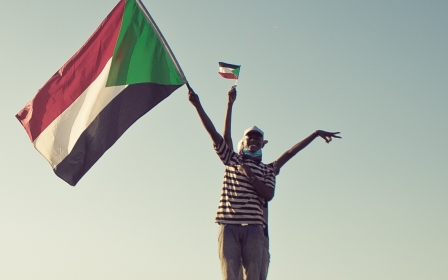 Sudan Protests
Sudan protests: Everything you need to know 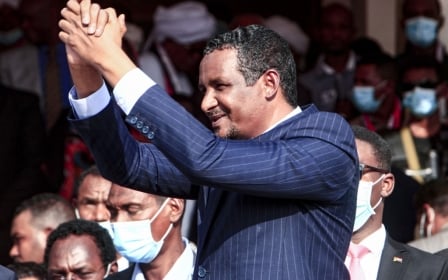