Sudan protests: Will the army side with the people against the regime? 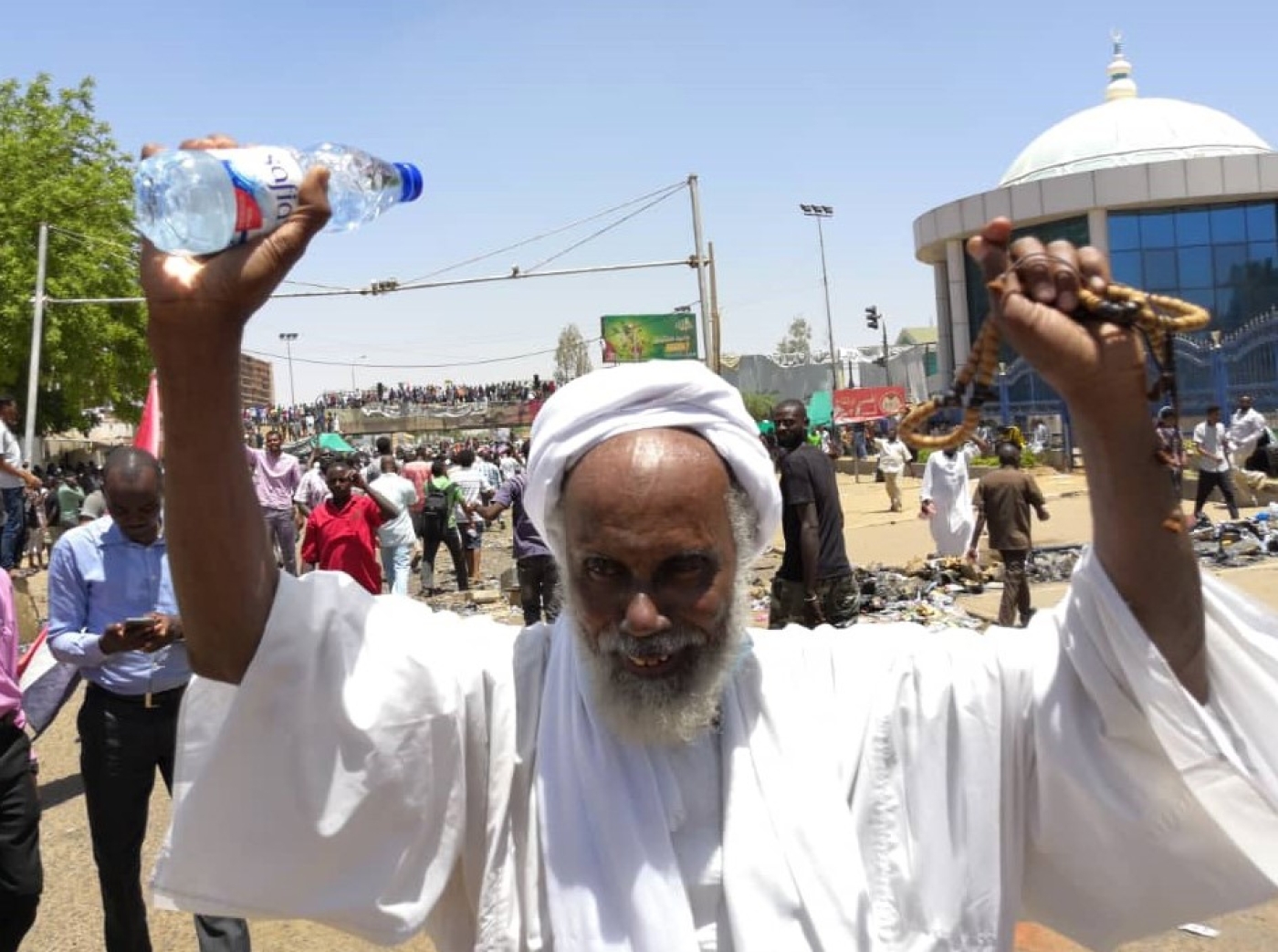 For over two days now, thousands of protestors have been staging a sit-in within the headquarters of Sudan’s armed forces in central Khartoum, demanding that the military intervene in support of the four-month-long popular uprising.

The occupation of the army headquarters coincided with the largest anti-regime rally to date on 6 April, as thousands took to the streets to chant the uprising’s main slogan, "just go" (tasgut bas).

The 6 April marks the symbolic date on which, during the country’s last popular uprising in 1985, the military leadership declared that it would "side with the people". So far, the sit-in appears to have been conducted with the support of a significant portion of the officers as well as the rank and file.

Indeed, early on the morning of 8 April soldiers clashed outside the military headquarters with security agents and regime-backed militias who were trying to clear out the protestors, leading to the death of two members of the armed forces.

The last two uprisings that overthrew authoritarian regimes in 1964 and 1985 provide important precedents for the soldiers' support of the protesters.

In both cases there was close co-ordination between the professional groups leading the popular mobilisation and the dissidents in the military.

The actions of those professional bodies in many ways prefigure those of today’s Sudan Professional Association, which over the weekend emulated its predecessors in declaring a general strike throughout Sudan and which has been actively calling for the army to support the uprising.

In 1964, members of the Free Officer Organisation, with strong ties to the leftist and Arab socialist groups of the day, refused commands to fire on protestors. In 1985 an unconnected organisation of the same name played a similar role in ensuring that the army did not target the popular demonstrations.

Both organisations were formed by discontented radicals in the junior ranks, although they had important contacts further up the chain of command.

However, in neither instance did the radical young Free Officers actually lead the transition to democracy.

In 1964, it was the middle and senior echelons that persuaded the president and commander in chief, Ibrahim Abboud, to dissolve his army-led government, whereas in 1985 the commander in chief Abdulrahman Siwar al-Dahab unseated the military president, Jafaar Nimeiri, and established a Transitional Military Council.

During the 2018-2019 uprising, which has already lasted far longer than either of its predecessors, there has been little sign that the pattern of pressure by the junior ranks causing an intervention by senior officers will repeat itself.

The military commander-in-chief, Kamal Abd al-Maarouf al-Mahi, and the rest of the high command may have failed to prevent their officers supporting the protests at army headquarters but they have certainly not shown any inclination to join them.

The army command’s refusal to challenge the regime may well be due to the ruthless purging and manipulation of the military leadership by Omar al-Bashir, who, after his Islamist backed coup of 1989, replaced most the senior officers with allies dedicated to the ideology of the National Islamic Front.

However, today the Islamists are divided and have lost much of the hubris that brought about the disastrous "Civilizational Project" of the 1990s.

What is keeping the military leadership on the side of the regime and the security organisations aligned to it is less ideological commitment so much as fear of recrimination for their role in the regime’s multiple war crimes, as well as their interest in preserving a government that continues to allocate the vast majority of its budget to the defence sector.

In 1985, the rivalry between the army and Nimeiri’s State Security Organization (SSO) went as far up as the deputy commander in chief. Within two days of the army leadership’s decision to "side with the people" on 6 April, it was able to swiftly and bloodlessly occupy the SSO headquarters and dismantle the organisation.

It also dissolved the ruling party and prevented Nimeiri from returning to Sudan. The result was a relatively smooth transition to multi-party democracy one year later, although by seizing control of the uprising, the military leadership was also able to suppress a number of its more radical aspirations.

On 8 April 34 years later, it is the lower echelons of the military that are confronting the regime’s parallel security force in the streets, and it does not appear that the results will necessarily be as decisive or as immediate.

These events follow the ultimatum issued to the army leadership on 6 April by an organisation referring to itself as "The Honourable of the Armed Forces" which declared that if the high command did not align itself with the popular uprising in 24 hours, officers, NCOs and troops would take to the streets in their official military clothing in support of the revolution.

There are precedents for political formations in the military rebelling against the high command. However, these occurred during the coups of 1969 and 1989 when ideological cells within the military - the original Free Officer Organisation, in the first instance – overthrew the very democracies the first two popular uprisings of 1964 and 1985 had brought about.

A different transition of power

If a revolt against the military leadership were to break out now with popular mobilisation at its peak, a very different transition of power might result, and potentially a much more intense conflict with the other security forces. Sudan protests: Only the military can ensure a peaceful transition
Read More »

The uprising of the young army officers reflects the generational cleavages of the uprising as a whole, during which youthful voices have called for a more radical transition from the existing social order.

From the perspective of Sudan’s democrats, the risk is that either the current leadership or a new force within the military may, in the name of  "siding with the people", hijack the transition so as to preserve the privileges that have accrued to the army over 30 years of authoritarian rule.

The actions of the Egyptian military subsequent to the Arab Spring serve as a warning here. Hopefully the example set by the last two uprisings in 1964 and 1985 will mitigate against such a possibility. 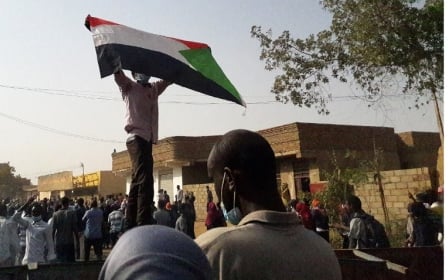 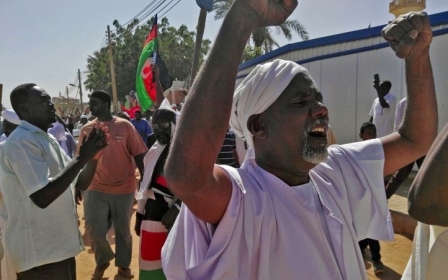