The threat of regime change 2.0 to GCC unity

Andreas Krieg
Four months into the Gulf crisis, the social and political rift is likely to set the Gulf integration process back years, sewing disunity, division and discord across a people naturally bonded by religious, ethnic and tribal ties 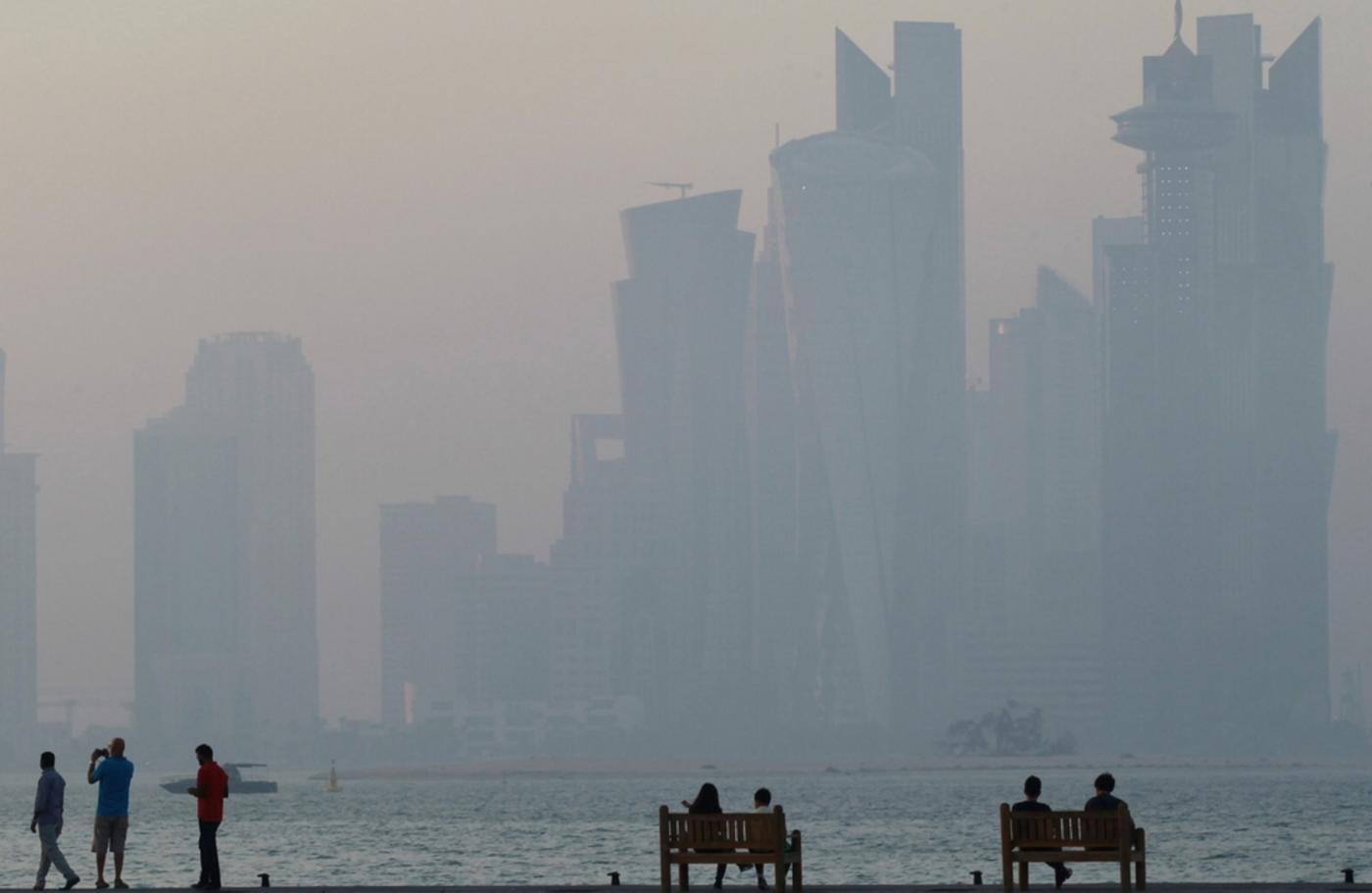 Amid the diplomatic stalemate around the Gulf Crisis, the feud over interests, worldviews and relationships has evolved into a clash over narratives in the global public sphere.

Instead of working on a potential way out of the worst crisis in the history of the Gulf Cooperation Council (GCC), the self-proclaimed "anti-terror Quartet" develops ever more ways and means to destabilise Qatar by spreading "alternative facts".

From the beginning this crisis has been an attack on the public perception of Qatar, in the Arab world and in the West alike. Built around the two bogeymen that fuel paranoias in both the Gulf and in neoconservative circles in America, namely Iran and "jihadi terrorism", the narratives advanced by Qatar's Gulf neighbours and Egypt quickly lost traction.

The attempt particularly by Saudi Arabia and the United Arab Emirates (UAE) to build and exploit a momentum of regional and global opposition to Qatar in an effort to bring about regime change in Doha, were founded on a strategic miscalculation.

The quartet expected the Trump administration to unanimously support this campaign accusing Qatar of maintaining intimate relations with both Tehran and "jihadists". Yet, although Trump made some incoherent remarks about Qatar, both US State Department and the Defence Department quickly came out to contradict the allegations against the emirate.

The Saudis have long played the dangerous game of thrones, pitting one tribal leader against the other in a policy of divide and rule

Two months into the crisis, it appeared as if the quartet had lost the battle of public opinion in the West. While Western leaders started to call on the blockading countries to lift the sanctions, Qatar's emir Tamim bin Hamad al-Thani was greeted with unprecedented levels of domestic support. At that point, if ever, it should have been clear to any strategist in Riyadh or Abu Dhabi that regime change was no longer an option.

The apparent dissident had lived quietly in London and Saudi Arabia as a businessman without ever voicing any political ambitions. Despite being the brother of a late Qatari emir deposed in 1972, Abdullah neither has a public profile nor any public support base in Qatar. Considering his extensive business interests in the kingdom, it seems likely that he had been instrumentalised involuntarily to become the face of this new campaign.

When two of his sons came out publicly pledging allegiance to Qatar’s emir, the UAE and Egypt began activating Khalid al-Hail, a Qatari businessman living in London. In 2014 he founded Qatar’s opposition movement, a two-man organisation with a dubious political agenda.

Hail’s obvious lack of tribal wasta, credibility and legitimacy both in exile and back home, made him an unsuitable candidate for regime change. A few days after Heel’s London Conference in September 2017, which almost generated a higher turnout on the panels than in the audience, Saudi and Emirati media outlets started to promote a third candidate: Sultan bin Suhaim al-Thani.

The quartet's agenda of regime change 2.0 keeps polarising the Gulf's public sphere, giving rise to a form of nationalism that undermines the tribal bonds that connect khalijis across borders

Sultan, the eighth child of Qatar’s first foreign minister, had recently moved to Paris. Like Abdullah, Sultan has commercial interests in Saudi Arabia making him receptive to the kingdom's communication strategy.

Based on my field research in Qatar, none of the candidates have any power base in Qatar and across the Gulf, nor any legitimate claim to rule the emirate.

The majority of Qataris know that the country owes its hyper-development and tremendous wealth to the decisions and policies of Hamad bin Khalifa, the Father-Emir, and his branch of the al-Thani tribe - a tribe of more than 3,500 members.

Consequently, unlike in Saudi Arabia, Bahrain or Egypt, socio-political dissidence is absent in Qatar.

While the Saudis have long played the dangerous game of thrones, pitting one tribal leader against the other in a policy of divide and rule in Qatar, the times when the kingdom's soft-power sufficed to bring down regimes in the region are over.

Despite the quartet having crowned obedient puppets into pseudo-governmental figureheads – e.g. Abd Rabbuh Mansour Hadi in Yemen or General Khalifa Haftar in Libya – these efforts are not likely to work in a country with such homogenous and inclusive socio-political relations as Qatar.

Instead, the quartet’s fiddling with Qatar’s tribal fabric will jam a wedge not only between the Gulf’s ruling families but more importantly between the khaliji people.

The obvious interference by Saudi Arabia and the UAE into the tribal affairs of Qatar has made the people of the Gulf protagonists and subjects of conflict for the first time.

Members of transnational tribes are forced to take sides, often against their cousins, uncles or fathers on the other side of the borders – borders that will be consolidated in the minds of the people over time.

A Qatari exile, a spin war, and a 'cack-handed' push for a coup
Read More »

The quartet's agenda of regime change 2.0 keeps polarising the Gulf's public sphere, giving rise to a form of nationalism that undermines the tribal bonds that connect khalijis across borders.

Ultimately, the weakening of the tribal fundament that grounds the Gulf as a pole of stability in an unstable region will not destabilise Qatar alone. It will spread disunity, division and discord across a people naturally bonded by religious, ethnic, linguistic and tribal ties.

Needless to say, this social and political rift sets the Gulf integration process back by years. The overt support by Riyadh and Abu Dhabi for regime change in one of the smaller GCC member states undermines the trust particularly of Kuwait and Oman in the organisation.

The silence of the GCC Secretariat has been deafening, recalling profound fears in Doha, Kuwait City and Muscat that the GCC has long been a means to advance Saudi interests. In many ways, the rise of nationalism across the Gulf might be a response to the inability of the GCC to function in light of a crisis of regional security and stability.

- Andreas Krieg is an assistant professor at the Defence Studies Department of King's College London and a strategic risk consultant working for governmental and commercial clients in the Middle East. He recently published a book called 'Socio-political order and security in the Arab World'. 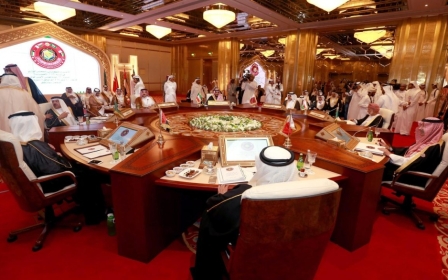 Media
Arabic press review: Is the GCC on the verge of collapsing? 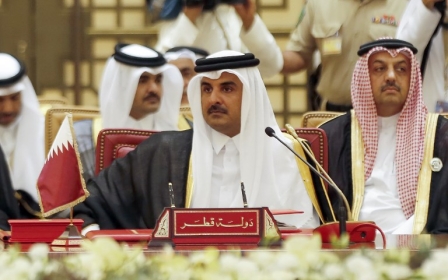 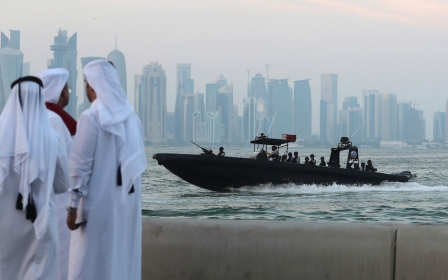