The UAE's endgame in Syria might be simpler than you think

Christopher Phillips
Detente with Damascus could give MBZ a new regional asset, positioning Abu Dhabi as a third external force in Syria, behind Moscow and Tehran 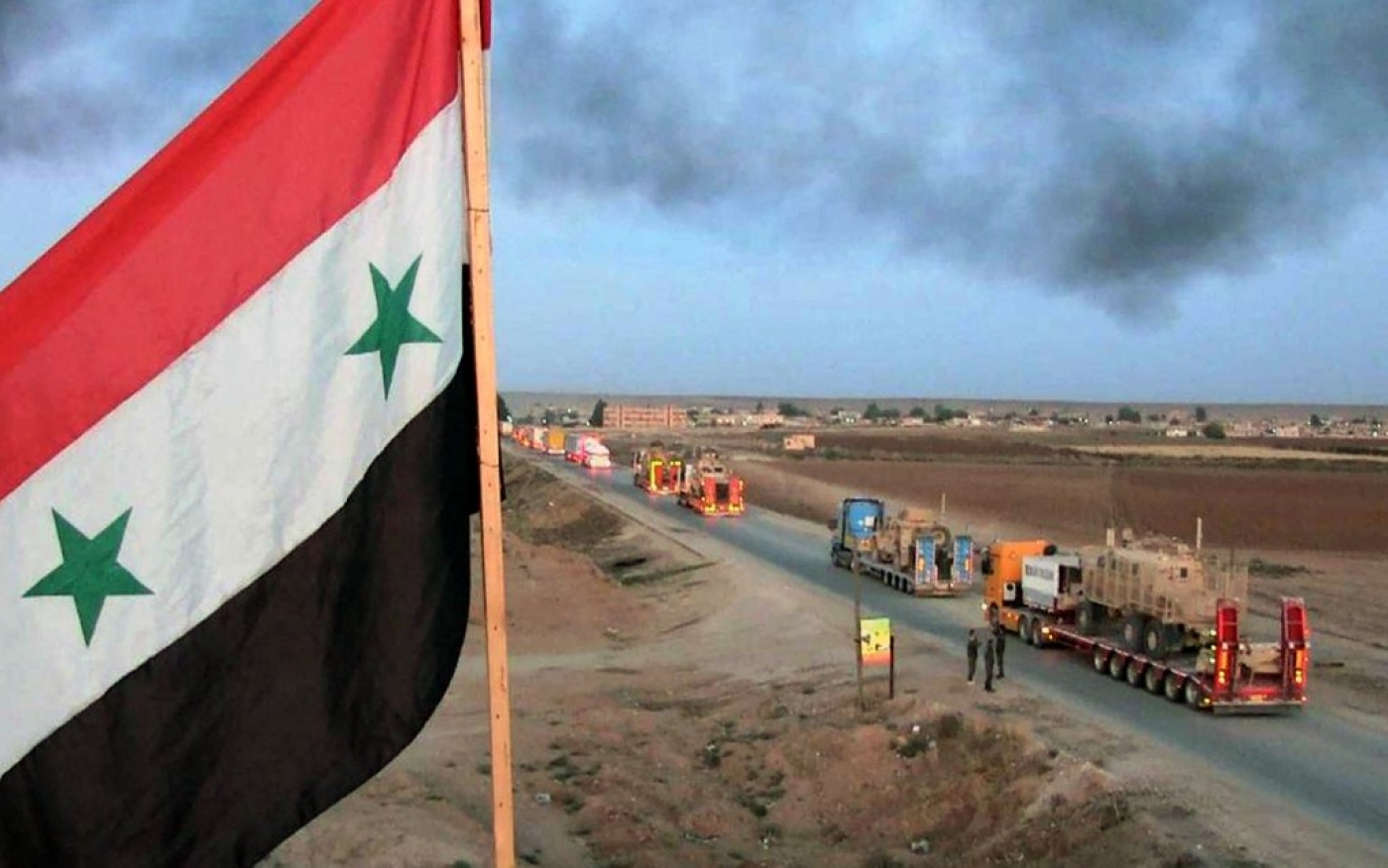 The UAE is pushing hard for Syria’s return to the Arab fold. After joining the majority of Arab states in boycotting Damascus during the Syrian war and voting to suspend Syria from the Arab League, Abu Dhabi is now leading efforts to reverse that decision. Its Syrian embassy has been reopened, it has offered investment in Syria’s shattered economy, and this month, it sent Foreign Minister Sheikh Abdullah bin Zayed to Damascus to meet President Bashar al-Assad - the highest-level contact between the two states in a decade.

The UAE has recently become an unofficial cheerleader for Syria, but what is the UAE’s angle? Why has it shifted from isolating Syria to urging reconciliation, despite Assad’s recalcitrant behaviour? Various reasons have been offered: to lure Assad away from Iran, to outflank Turkey, to take advantage of economic opportunities, or to pave the way for UAE-brokered Syria-Israel peace talks. Yet, a closer examination of these explanations suggests none has much chance of success.

To become a significant player in its own right ... the UAE has set about acquiring stakes and diplomatic assets across the region

It should be noted that the UAE was never the most vocal critic of the Syrian regime. While it joined the anti-Assad chorus in 2011 and sent aid to the rebels, its involvement in the war was nothing like its commitment to other conflicts, such as those in Libya and Yemen, or the involvement in Syria of Saudi Arabia, Qatar and Turkey. In fact, Dubai remained a safe haven for many pro-Assad figures and their wealth throughout the war, including Assad’s mother and sister, who both relocated there. The road to reconciliation was thus shorter for Abu Dhabi than for Riyadh, Doha or Ankara.

But this doesn’t explain the UAE’s sudden cheerleading for Assad. Some have argued the motivations are economic, with reconstructing Syria’s war-torn economy presenting an investment opportunity. Yet this seems a stretch. Even if UAE investors were able to navigate the US Caesar sanctions, Syria remains an unstable, corrupt and unappealing market. Even Assad’s longstanding friends in Iran, Russia and China are reluctant to invest. Some investment might follow detente with Assad, but this is not driving it.

A more popular explanation is that the Emirati leader, Crown Prince Mohammed bin Zayed (known as MBZ), hopes reconciliation can persuade Assad to cut or limit his ties to Iran. With Assad desperate for funds, might he be willing to lessen his ties to Tehran in exchange for Emirati money? This is not likely. While Assad might pay lip service to reducing Iran’s visible presence in Syria, especially given Tehran is unpopular among his own loyalists, any serious break with Iran is unthinkable. Tehran, alongside Moscow, has saved his regime. It is not something he will readily forget or sacrifice on the altar of economic recovery.

Equally unrealistic is the idea that Assad might reconcile with Israel. Some have posited that the UAE’s newfound enthusiasm for Damascus is linked to the Abraham Accords. With Israel and the UAE enjoying diplomatic relations and fast-growing economic ties, might MBZ be positioning himself as mediator between the long-warring neighbours?

Again, this misjudges Assad’s position. The “resistance axis” against Israel and the West remains an important pillar of what little domestic legitimacy he has left, and this will be no more quickly abandoned than the occupied Golan Heights that Israel would surely refuse to give back in any such peace. Add to that Assad’s ties to Iran, which Israel (and any UAE-led peace process) would want to end.

Moreover, Israel does not seem to expect or want the UAE to broker a peace deal. It is happy for a weak Assad to remain in Damascus, as Syria’s pariah status lessens any international pressure on handing back the Golan Heights. The UAE’s economic and diplomatic support might shore up Assad, but it would not likely lead to a full recovery of either Syria’s military or reputation, which is fine by Israel.

A final explanation for the detente is MBZ’s regional rivalry with Turkey and the Muslim Brotherhood, which Ankara frequently supports. The UAE backed anti-Brotherhood elements in Egypt and Libya against those supported by Turkey, and Syria could present a new front for MBZ in this fight. The Assad regime has fought the Brotherhood for decades, while Turkey continues to back anti-Assad rebels in northern Syria - so it is easy for Damascus to present itself as a willing ally in MBZ’s regional struggle.

But this is an afterthought, not a driver of reconciliation. Syria’s Muslim Brotherhood, which played a significant role in the rebellion, is already defeated and is unlikely to be revived, irrespective of the UAE. Meanwhile, Turkey is less of a rival to MBZ than it once was, with serious efforts being made by both sides to patch up their differences. There seems to be no lessening of the UAE’s move to reengage Syria, despite its warming to Turkey, suggesting that outflanking Ankara is not MBZ’s goal. Why the UAE aims to leverage Assad
Read More »

So, is the UAE being naive in its engagement with Assad, given that the above shopping list of hoped-for outcomes have a minimal chance of success? Or is Abu Dhabi more cynical? Does it know these outcomes are unlikely, but is happy for the suggestions to be made to justify its engagement with a brutal regime? If so, what does it get in return?

The answer might be simpler than the grand designs being suggested. In recent years, the UAE has become hyper-active in regional affairs, getting involved in theatres a long way from Abu Dhabi’s traditional sphere of influence - whether in Libya, Egypt, Yemen or the Eastern Mediterranean. This comes down to MBZ’s energetic zeal, along with changing regional circumstances. The UAE’s traditional ally, the US, has stepped back, and regional actors such as Saudi Arabia, Iran and Turkey - plus a resurgent Russia and a rising China - have stepped up.

To become a significant player in its own right, and not simply a junior partner to Riyadh, the UAE has set about acquiring stakes and diplomatic assets across the region, backing proxies and governments. This gives Abu Dhabi a greater say and influence than it once had.

Read through this lens, detente with Damascus is an end in itself, without an ulterior motive. If the UAE can bring Assad back in from the cold, earning a degree of gratitude and some minor influence, that would give MBZ a new asset: positioning Abu Dhabi as a third external force in Syria, behind Moscow and Tehran. This could give it an edge over rivals Turkey and Saudi Arabia, and is consistent with its gradual and incremental regional diplomacy of recent years. 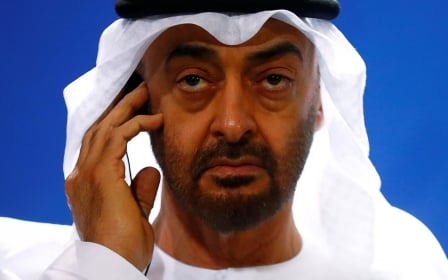 Syria War
How do you solve a problem like Assad?
Christopher Phillips