Moazzam Begg
CAGE used to get called extremist by British parliamentarians. Now, they’re hurling the term at each other 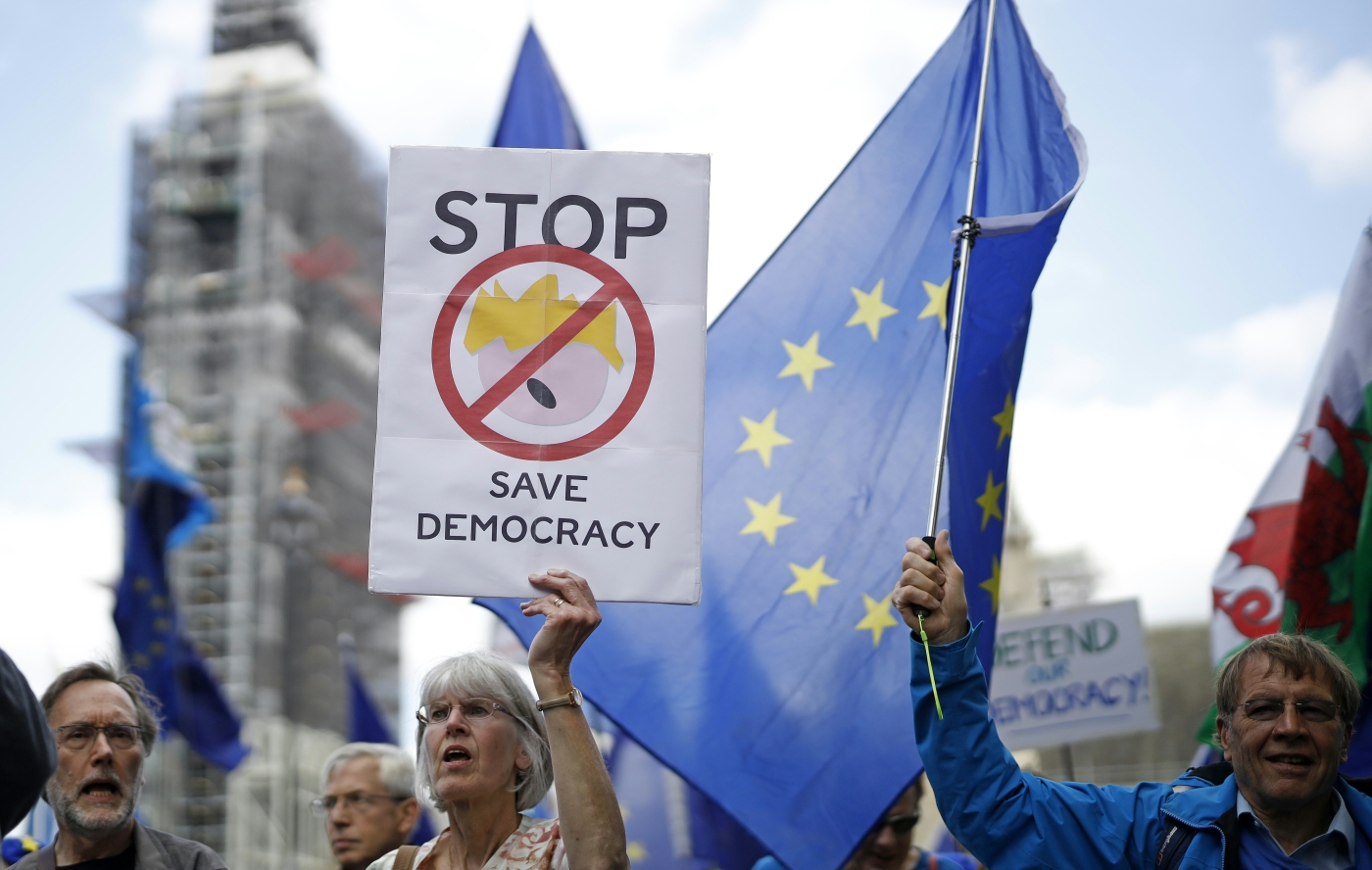 When I came up with the portmanteau "Brextremist" - for British politicians who hold extreme views on exiting the European Union - I thought it was original. I was wrong. The term was first coined by Chuka Umunna MP in 2017.

In 2015, CAGE submitted a report to the Commons select committee on the inquiry into extremism. CAGE director Dr Adnan Siddiqui gave evidence in-person to the committee in the hope of fostering understanding and a way forward. Instead of listening to that evidence, however, the committee sought to interrogate him and accuse CAGE of being "apologists for extremism".

Despite the 'extremism' of the left or the liberals, both have been outdone by Tory extremists

Umunna was part of that committee. He didn’t know it then, but he was going to join a party of "extremists" himself one day.

That same year, Umunna, a "moderate" and member of Labour Friends of Israel, resigned from his post in the shadow cabinet following Jeremy Corbyn’s new leadership of Labour. Earlier this year, Umunna resigned from the Labour Party in protest over Corbyn's views on Brexit and allegations of antisemitism within the party.

Umunna then joined the cross-party pro-Europe Independent Group, later rebranded to Change UK, but his participation was short-lived. Umunna resigned again and, seeking to put an end to Brexit, joined the party he’d once accused of "enabling Tory austerity" - the Liberal Democrats.

Few could ever have imagined the Lib Dems described as “extremists” but that’s what happened last month.

The Guardian described Jo Swinson’s "remain extremism" as an opportunity for Labour because she’d pledged to remain in the EU in spite of the Brexit vote in 2016. Both Swinson and the Guardian did not respect the democratic decision of the British people. They failed the government’s “British values” test that argues failure to respect democracy is a sign of extremism.

Today, this renders Umunna, once Labour shadow business secretary, an extremist. Maybe even a Brextremist.

Jeremy Corbyn has been called an extremist more than any politician I can think of. Former prime minister David Cameron called the Labour leader a “threat to national security” and a “terrorist sympathiser” because of past connections to political leaderships of Palestinian groups like Hamas and the IRA, as well as expressions of support for states such as Cuba and Venezuela.

Recently, during a debate about the rule of law and Brexit, a Labour backbencher declared: "They [Corbyn’s shadow cabinet] have poisoned what was once a great party with extremism.” In truth, despite the "extremism" of the left or the liberals, both have been outdone by Tory extremists.

One of the reasons behind this decision was because Johnson’s actions had the “effect of preventing the ability of Parliament to carry out its constitutional functions”. In other words, stopping democratically elected public servants from performing their duties.

Johnson “profoundly disagreed” with the decision. He was unperturbed because he’s always had the full backing of  US President Donald Trump. In fact, members of his own party have accused the prime minister of acting like Trump. Responding to the ruling, leader of the Commons and key Brexiteer Jacob Rees-Mogg labelled the ruling a "constitutional coup".

Hammond was among 21 Tory backbenchers who thwarted Johnson’s plan to leave the EU without a deal. In retaliation they were effectively expelled from the party. Some became independents while others joined that bastion of extremism, the Lib Dems. Writing for the Times, Hammond bemoaned: “I no longer recognise this party of radicals,” and tweeted: “Conservative Party has been taken over by unelected advisors, entryists and usurpers who are trying to turn it from a broad church into an extreme right-wing faction."

He wasn’t apologising this time. Respect for democracy or the rule of law is in short supply while extremism is abundant.

Former international development secretary Rory Stewart, another Tory MP sacked alongside Hammond, just launched his bid to become mayor of London. Now running as an independent, he lamented “London is in danger...from extremism taking over our country. This was the most moderate country on earth. One of the most settled places on earth, that treated people with civility and dignity.”

No more it would seem.

Three years ago, the government wanted to legislate the meaning of extremism. The target was primarily Muslims who would fall foul of this definition and some from the far right. Interestingly, the latter’s views are in ascendancy precisely because of the government’s language against Muslims, immigrants and its handling of Brexit.

However, the government failed because it was unable to define extremism. Instead, it created the Commission for Countering Extremism (CCE) headed by Sara Khan. Writing for the Telegraph, Khan recently conceded that the government had failed to tackle extremism because of its inability to define the term and its broad application.

Instead of trying to tackle violent extremism, she now offers a new vision with a new adjective for an old problem. “Hateful” extremism has to be challenged according to her new report.

Despite addressing Islamic, far right, far left, domestic and international extremism, this "independent" arm of the Home Office does not address extremism where it matters most: in the highest corridors of power.

In truth, the language of the most prominent Brexiteers has given rise to the far right and mainstreamed their views. Det Supt Will Chatterton, head of terrorism investigations in the North West, told the BBC there was a “rise in extremism” following the EU referendum. He cited "open hostility" towards politicians, including the murder of MP Jo Cox and the plot to murder Rosie Cooper MP by far right extremists. The far right regularly hails Johnson’s Brexit exploits, as they did when he derided Labour MPs for citing death threats and the memory of Jo Cox.

People may only remember his buffoonish comments that likened Muslim women who wear the niqab to “bank robbers” and “letterboxes” but we would do well to recall the kind of language Boris Johnson has used in the past to describe Muslims in Britain.

He said "their faith must be compatible with British values and with loyalty to Britain. That means disposing of the first taboo, and accepting that the problem is Islam. Islam is the problem."

Extremism has a meaning within Islam and it has been addressed in verses of the Quran, Prophetic traditions and scholarly writings. Muslims are told repeatedly to tread the middle path and avoid excesses and extremes.

Extremism, however, has no tangible, applicable meaning in Britain today. It's in the eye of the beholder.

One Muslim who wore the extremism badge that was placed on him with a sense of honour was Malcolm X. His words at the Oxford Union 55 years ago perhaps sum it up best. Brexit
If Boris Johnson can’t deliver Brexit, his own side will turn on him
Peter Oborne