An unstable Iran would actually be very bad for the US

Shahir Shahidsaless
If Iran becomes a failed state, the entire region from Afghanistan to Lebanon will become perilously unstable 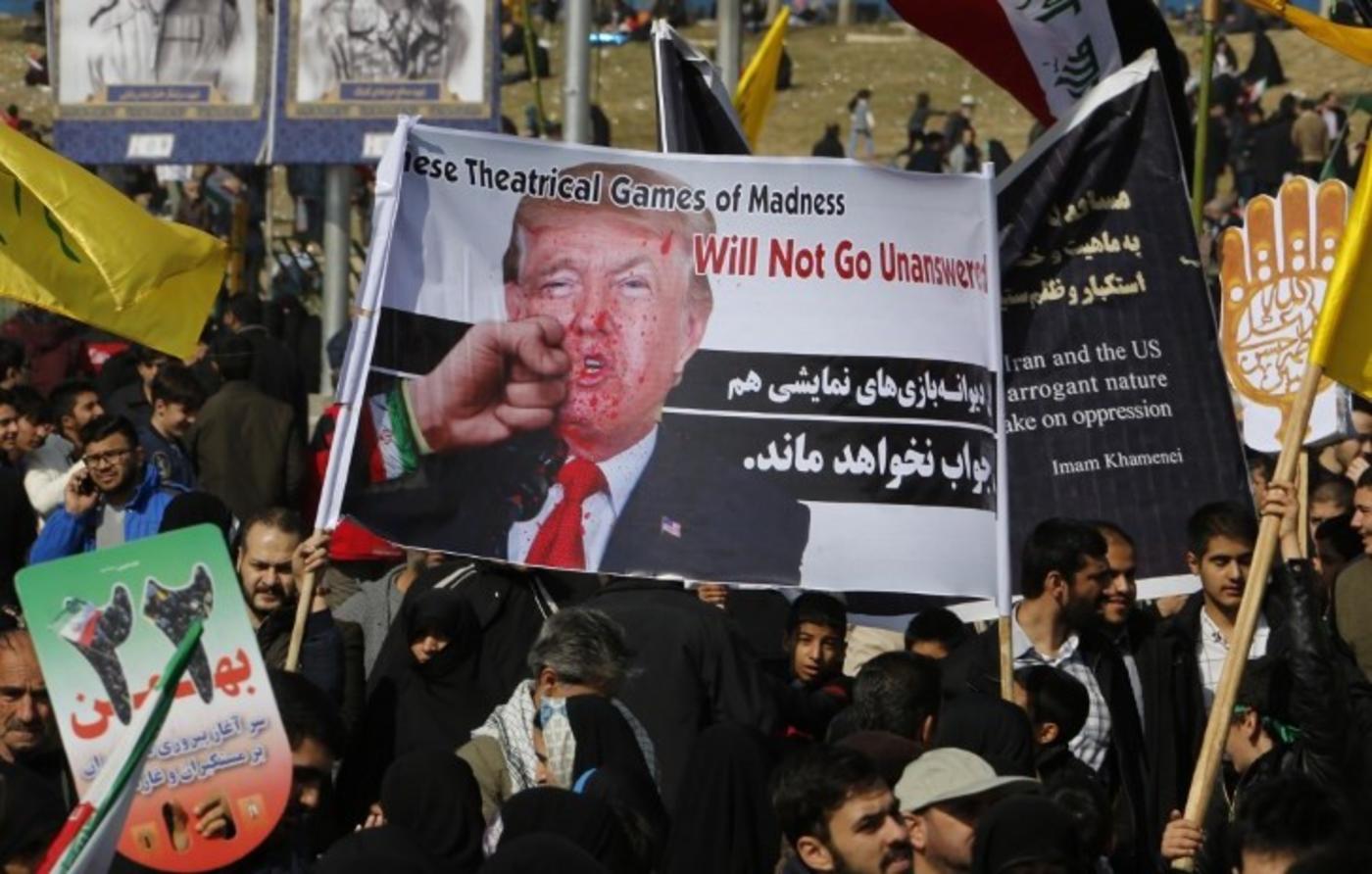 On 6 August, US President Donald Trump issued an executive order restoring the first phase of nuclear-related sanctions on Iran. Under the renewed sanctions, the US government would prohibit Iran from acquiring United States bank notes. American companies and individuals could not trade in gold, other precious metals, graphite, aluminum, steel, or coal with Iran.

The United States will also block Iran from any international activity with respect to its automotive sector, the second largest economic sector in Iran after oil and gas. The second wave of sanctions will take effect on 5 November and will target Iran's biggest source of income, oil exports, and its banking system.

As US sanctions take their toll on Iran's economy and the rial, the country's national currency is in free fall and protests broke out in several cities last week. "[The US] sanctions could result in the loss of one million jobs in Iran," said Iranian Minister for Labour Ali Rabiei on 31 July. He was ousted from his post on 8 August after failing to win a vote of confidence in parliament.

The working class struggles for survival. While 33 percent of Iran's population lives below the poverty line, research commissioned by Iran's parliament shows that each 10 percent increase in the value of foreign currencies and the accompanying depreciation of the rial, boosts inflation by two percent in Iran.

In the last four months, the value of the dollar has increased by 200 percent. If the Iranian parliament research is correct and if all other factors are constant, this would put inflation at 40 percent over those four months.

In the absence of the will to fight corruption and inequality by all Iranian presidents since Ayatollah Ali Khamenei was appointed Iran's supreme leader in 1989, the gap between the poor and the affluent has widened

According to some reports, property prices rose by 42 percent in turbulent Tehran this spring, compared to the same period last year. In this context, angry protests, continuing since last December, are understandable. Iran’s corrupt system adds to the economic miseries of the country. Wealth accumulation is accelerating through patronage, nepotism and cronyism, "rent seeking activities", bribery, and misuses of the public sector.

In the absence of the will to fight corruption and inequality by all Iranian presidents since Ayatollah Ali Khamenei was appointed the country's supreme leader in 1989, the gap between the poor and the affluent has widened. Specifically, the increase of oil revenue in the 2000s, and then the increase of Iranian oil exports in a rentier economy under President Hassan Rouhani after the culmination of the nuclear deal in 2015, took corruption to staggering new heights.

A matter of life and death

It is against this backdrop that, for the first time since 1995, the poor and the lower middle class hold sometimes violent street protests dominated by economic demands. In 1995, there were riots when Iran’s inflation rate hit 50 percent during the presidency of the late Hashemi Rafsanjani, due to his economic liberalisation policies.

Thousands living in the poor neighborhood of Islamshahr, on the outskirts of Tehran, poured into the streets. The rioters moved towards the capital but met Revolutionary Guards forces and were dispersed.

In the mass upheavals of 1999 and 2009, led by middle and upper-middle class urbanites, the protesters' demands were all of a civil nature. The cries were for social liberties, freedom of expression, and an end to the imposition of strict Islamic codes.

No economic demand was raised. The demands were not a matter of life and death. To the hungry, now, they are. This is what makes the movement of the hungry vital, dangerous, and potentially capable of shaking Iran’s society and politics.

European governments have been working relentlessly to keep the Iran nuclear deal afloat and to offset the impact of US sanctions on Iran. They activated and updated the 1996 Blocking Statute, which bans and protects EU companies from complying with Washington’s sanctions. There are three serious problems on the horizon, though.

First, banks in general are not prepared to work with Iran because they do not want to risk being locked out of the US capital markets and end up losing the ability to deal in US dollars. Even the EU plan urging its financial arm to help keep money flowing to Tehran is proving a failed effort. Werner Hoyer, the president of the European Investment Bank says: “There is no European bank which is presently able to do business in and with Iran."

Since banks refuse to work with Iran, transferring foreign currency into the country would become extremely difficult.

Second, the shortage of foreign currency (mainly the dollar) in the market is exacerbated by the wealthy and the middle-class hoarding dollars to maintain the value of their assets in anticipation of a further plunge in the rial.

Third, Iran's oil exports would definitely be affected as we near 5 November, when the second phase of sanctions go into effect. This means less revenue in foreign currency, the rising price of buying foreign currency, and further depreciation of the rial. The combination of these factors would most likely lead to waves of inflation and consequently a widening and intensification of the protests in Iran.

Lack of a viable alternative

Will the system fall? Most likely not, due to the lack of any alternative to seize and hold on to power. However, it is possible that the riots will intensify and the country will descend into chaos. This is the Trump administration’s goal, if it cannot achieve regime change. However, the US may not want the dire consequences of destabilising Iran.

If Iran becomes a failed state, a chain of failed states from Afghanistan to Lebanon will be created, destabilising the entire region. What force will keep this region - now including Iran - from becoming the home for international and regional terrorist organisations?

Iran would become another refuge for organised crime, especially a major route for drug trafficking between Afghanistan and the West, as well as a center for the production of drugs. Chaos and civil war would spill over into Iran’s neighbours, including Iraq, and would disrupt them.

Once Iran and Iraq get strangled in domestic unrest and their oil exports are disrupted, the price of oil would skyrocket unpredictably for a lengthy period.

He determined from his research that each of these events was followed by a deep and long recession in the United States. Hamilton also concluded that “at their peak disruptions, these events took out 4-7 percent of net world production and were associated with oil price increases of 25-70 percent.”

The US government is acting like a thoughtless boy poking a hornets' nest with a stick. When the hornets start coming out, it is not going to be fun for anyone.

Photo: Iranians take part in a rally marking the anniversary of the 1979 Islamic revolution, on 11 February, 2018 in the capital Tehran (AFP). 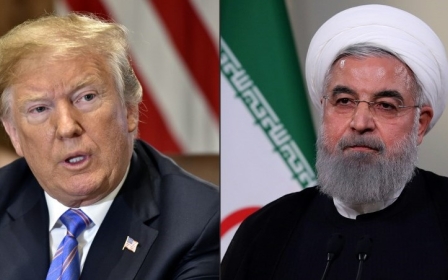 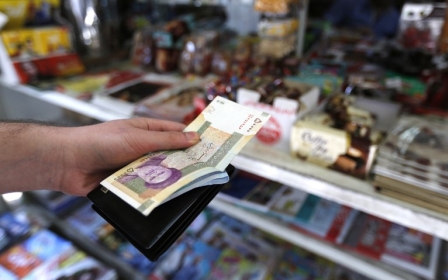 Iran nuclear
'The poor will suffer most': Anxiety spreads in Iran over renewed US sanctions 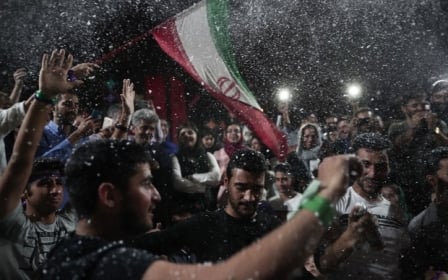