Will the US Supreme Court make it illegal to boycott Israel?

Azadeh Shahshahani
, Assal Rad
Individuals and companies supporting the Palestinian BDS movement in the US may soon face the top court's approval of opposition to those efforts 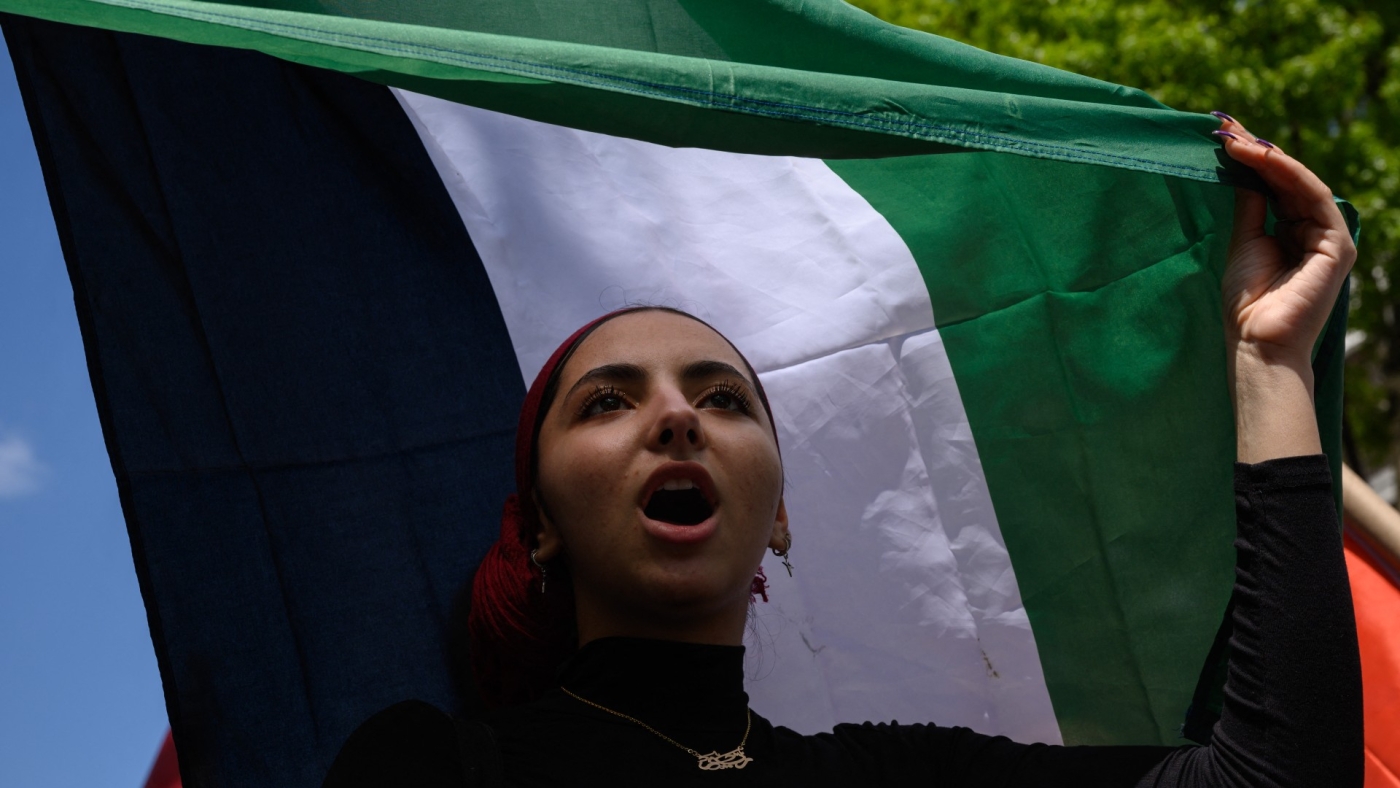 The right to boycott is likely heading to the US Supreme Court after a court of appeals upheld an Arkansas law restricting contractors from boycotting Israel.

Unlike broad-based sanctions imposed by powerful states, boycott movements are rooted in the resistance of people against the injustices of those in power

With major implications for freedom of speech in the US, it is worth re-examining the historical use of boycott as a tool of resistance by anti-imperialist and anti-colonialist grassroots movements for justice, and the case of the Boycott, Divestment, and Sanctions (BDS) movement called for by Palestinians.

Unlike broad-based sanctions that are imposed by powerful states, often unilaterally and as a means of punishment, boycott movements are rooted in the resistance of people against the injustices of those in power, as a tool of accountability for human rights abuses.

The term "boycott" was first coined in 1880, after Irish tenants refused to pay unaffordable rental increases forced on them by an English land agent, Charles Cunningham Boycott. However, the practice of using such nonviolent means to effect change was used before this - such as the 1791 Sugar Boycott in Britain against slavery - and has been used many times thereafter.

In 1891, Iranians participated in the Tobacco Protests, refusing to use tobacco products as a collective response to a widely unpopular move by Nasir al-Din Shah to grant a concession to Britain over Iran's tobacco industry.

A tool of resistance

In the US, boycotts became an essential tool during the 1950s in the Civil Rights Movement, used by Black communities as one strategy to fight back against white supremacy in the United States. The Montgomery Bus Boycott continued for 13 months as Black people refused to ride city buses until the Supreme Court decision to end bus segregation.

In the 1980s, the anti-apartheid movement in South Africa gained international support after decades of calling for boycotts in order to end apartheid. The movement's credibility came not only from the merits of its demand for equality, but also because it was part of an indigenous movement supported by South Africans themselves.

The tide against apartheid South Africa changed once the movement gained the support of state actors to exact consequences on the South African government in tandem with the international grassroots boycott movement.

Boycott is a form of political resistance wielded by people against their oppressors.

The BDS movement is a grassroots Palestinian effort to mobilise the international community in solidarity with the Palestinian freedom struggle. One reason for the appeal to international solidarity is the fact that nearly all Palestinian tactics of resistance have been criminalised and precluded by Israel, with US support and complicity. One example of this criminalisation is Israel's designation of six Palestinian human rights organisations as "terrorists".

Palestinians face ethnic cleansing and a racist system intent on their erasure. As recent reports from the world's leading human rights organisations, including Amnesty International and Human Rights Watch as well as the well-respected Israeli human rights group B'Tselem, have demonstrated, Israel's actions constitute apartheid and crimes against humanity.

With no state, and subject to a brutal military occupation, with the state of Israel controlling the lives of millions of Palestinians in the West Bank and Gaza and subjecting Palestinian citizens of Israel to egregious discrimination in many areas of their lives, Palestinians have taken their cue from the anti-apartheid movement in South Africa to right these wrongs. 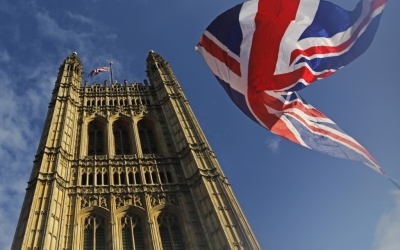 BDS is a refusal to accept Israel's settler colonialism, apartheid, and occupation of Palestine. Boycott is the withdrawal of support for the apartheid regime as well as the Israeli sporting, cultural, and academic institutions, and all companies complicit in violations of Palestinian human rights.

Divestment is the withdrawal of investments from Israel and all companies that economically sustain Israeli apartheid.

Sanctions pressure other governments to fulfil their legal obligations to end apartheid, such as by banning businesses with illegal Israeli settlements and ending military trade and free-trade agreements.

The first is an end to Israeli occupation of all Arab lands and dismantling the illegal apartheid wall that isolates Gaza as the largest open-air prison in the world.

Second, full equality for Palestinian citizens of Israel must be granted. Though they comprise 20 percent of Israel's population, they are subjected to dehumanising and repressive laws, racist violence, and the ongoing threat of land confiscation. The legal system targets Palestinian citizens of Israel solely for their ethnicity, restricting and controlling access to housing, employment, education, healthcare, and other fundamental rights.

Unlike country-wide unilateral sanctions often employed by the United States that harm civilians, BDS calls for targeted campaigns against companies such as Puma, G4S, and HP. These forms of economic sanctions pressure Israel to comply with international law by reducing the financial resources available and undermining the institutions of apartheid. 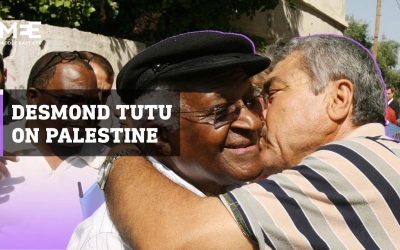 Tutu also condemned the US for its attempts to crush the BDS movement, and expressed his moral obligation to speak out: "My conscience compels me to stand with the Palestinians as they seek to use the same tactics of non-violence to further their efforts to end the oppression associated with the Israeli Occupation."

One of the BDS movement's global campaigns, Apartheid Free Zones, demonstrates the international support for the BDS movement. Dozens of local governments have passed BDS resolutions. Leaders from across the Global South have joined together to launch the Global South Response Initiative, standing together to oppose Israel's apartheid and annexation plan and demand a UN investigation of Israeli apartheid.

As of 5 July, 33 states in the US have enacted some form of legislation targeting boycotts of Israel. What's more, 245 bills have been introduced thus far at either the state or the federal level to curtail advocacy for Palestinian rights.

As is the case for much policymaking nationwide, the main sponsors of anti-BDS legislation have frequently partnered with the infamous American Legislative Exchange Council ("ALEC"), a corporate lobbying group, to draft and codify these bills into law.

Oftentimes, these laws are blocked by the courts, but the BDS case now heading to the Supreme Court may severely limit pending and future challenges to any such laws.

Despite the clear violation to free speech these laws pose, the Eighth Circuit upheld a workaround of classifying these laws as purely commercial conduct with no political implications to protect.

This reasoning is alarming for two reasons: first, it opens the gates for anti-boycott legislation focused on virtually any issue. The Foundation for Middle East Peace has compiled a list of various anti-boycott bills, most prominently ones prohibiting boycotts of the firearms and the oil and gas industries. 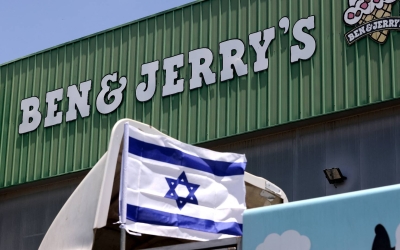 Notably, these bills are predicated on the view that boycotting these industries amounts to discriminatory treatment, and some even require businesses to demonstrate that their failure to contract with these industries is based on a non-political justification lest they be presumed to be in violation of the law.

Second, it provides cover to the violence that these laws and pro-Israel groups inflict upon communities of colour and all those in solidarity with the Palestinian cause.

Most directly, it denies public employment to workers who refuse to vow not to boycott Israel, as was the case with speech pathologist Bahia Amawi, whose contract with the state of Texas required her to betray her beliefs until it was ultimately prohibited by a court.

But it doesn't end there. Anti-BDS laws may deprive incarcerated persons of legal representation unless their publicly afforded attorneys make a similar pledge.

Student organisations seeking to support Palestinian rights may also see their funds taken away and their schools penalized, and recipients of disaster relief may have their aid conditioned upon their promise not to boycott Israel. Even the Movement for Black Lives has suffered interferences from Israeli government actors seeking to undermine their solidarity with the Palestinian cause.

Anti-BDS legislation aims to disrupt cross-movement solidarity, obfuscates political action by arbitrarily divorcing it from supposedly pure commercial conduct, and, at its core, strengthens the corporatocracy by shielding it from public accountability through commercial means and by upholding the colonialist tactics at play in the Israeli apartheid system.

BDS takes the moral, ethical, and political position that apartheid, settler colonialism and military occupation are inexcusable and must be resisted. Likewise, the movement against apartheid South Africa sought to "isolate South Africa and highlight its brutalisation and oppression of its own people, and its aggression against neighbouring states". Similar tactics against Israel could likewise help realise the end of the apartheid system.

BDS and other historical boycott movements have been initiated by indigenous grassroots movements that have aimed their efforts at specific targets in their pursuit of the very justice and equality that world leaders and international bodies claim to espouse.

If these leaders refuse to apply the same moral and legal standards to Israel, then their declarations of human rights and international law will continue to ring hollow.

Azadeh Shahshahani is the Director of Legal & Advocacy with Project South. She received her JD from the University of Michigan Law School. She also has a Master’s in Modern Middle Eastern and North African Studies from the University of Michigan. She has worked for a number of years in the US South to protect and defend immigrants and Muslim, Middle Eastern, and South Asian communities. She previously served as president of the National Lawyers Guild and as National Security/Immigrants’ Rights Project Director with the ACLU of Georgia. She also serves on the Advisory Council of the American Association of Jurists and on the Board of Directors of Defending Rights and Dissent.
Dr. Assal Rad is the Research Director at the National Iranian American Council, where she works on research and writing related to Iran policy issues and U.S.-Iran relations. Her writing can be seen in Newsweek, The National Interest, The Independent, Foreign Policy and more. She has appeared as a commentator on BBC World, Al Jazeera, NPR, and others. She completed a PhD in Middle Eastern History from the University of California, Irvine in 2018 and has a forthcoming book titled, The State of Resistance: Politics, Culture, and Identity in Modern Iran (Cambridge University Press, 2022). 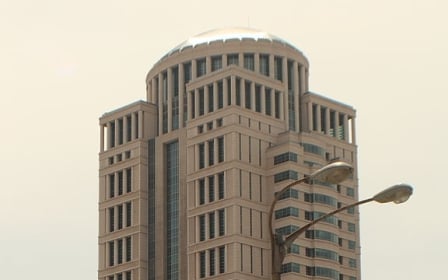 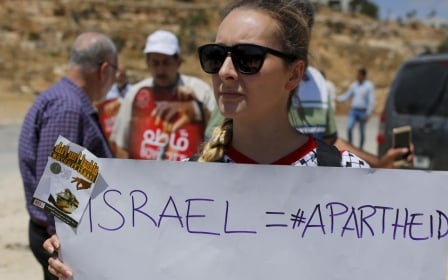 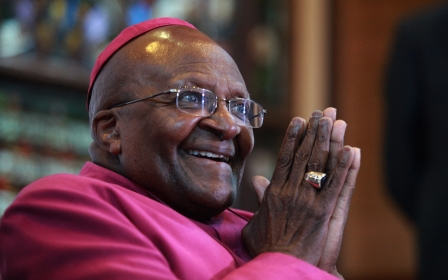