Who is really to blame for the failure of the Syrian revolution? 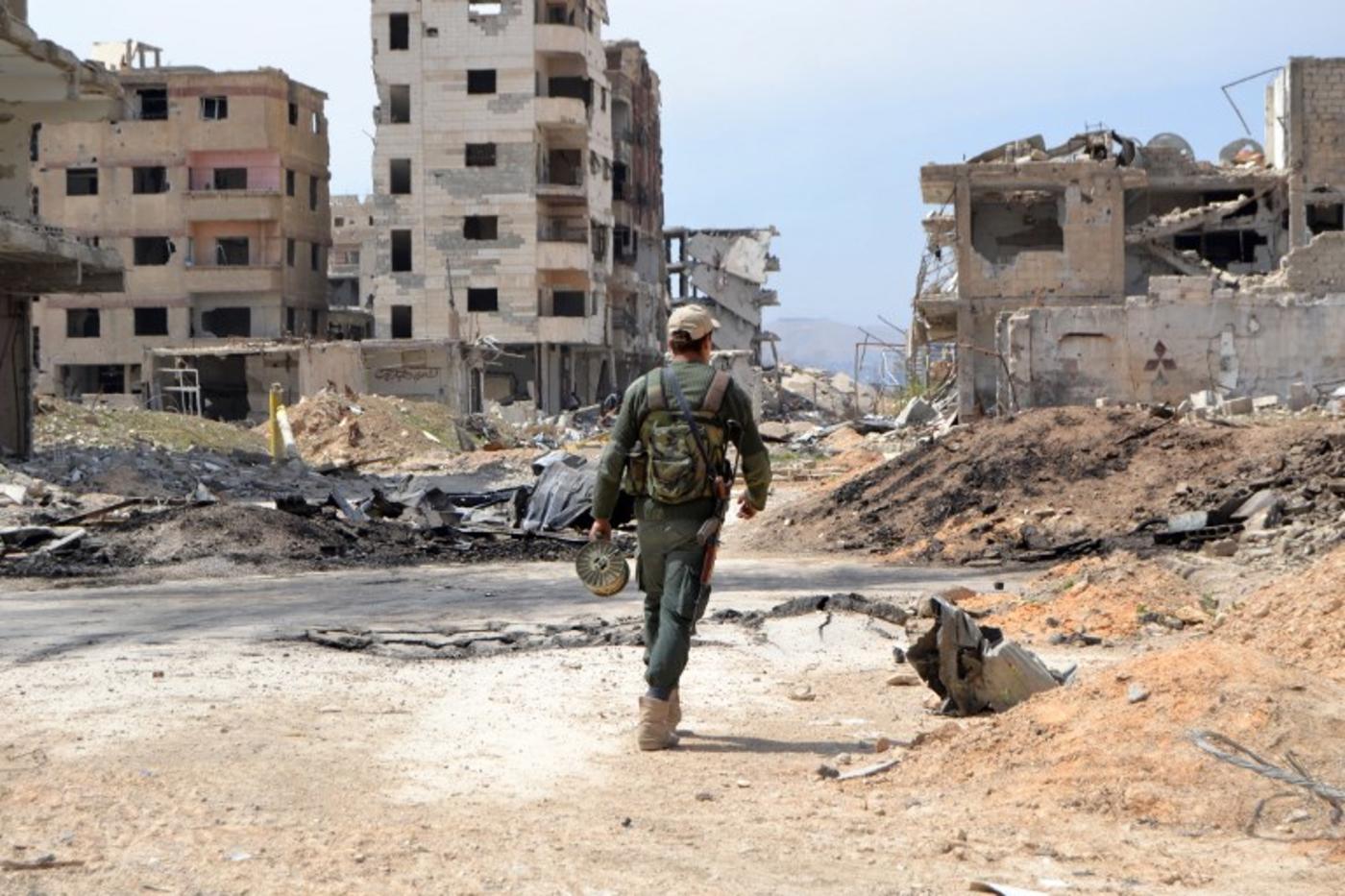 Launched with the call for reform, the Syrian revolution soon progressed into demanding the regime's downfall. But neither through peaceful popular mobilisation nor through the use of force have Syrians been able to bring down President Bashar al-Assad.

Since 2011, the Syrian revolution has turned into a bloody civil war and an arena for regional and international conflict. Despite the massive physical destruction, hundreds of thousands of dead and millions of refugees, Assad continues to represent Syria in the international arena, administering the affairs of what remains of its state institutions.

With considerable support from its Russian and Iranian allies, the regime has made steady progress in its war against the armed factions of the Syrian revolution.

Since failures always prompt a search for those responsible, discussions about the demise of the revolution have taken off, and not just within Syrian revolution circles. In one view, the Syrian opposition, both its military and political elements, is principally responsible.

The political opposition has not been able to unite its ranks or introduce a charismatic leadership around which the people could rally, to convince the world of its seriousness in representing the revolution and the people.

Western support for the Arab revolutions and for the process of democratic transformation was slow and reluctant. It soon turned into indifference, or a return to the policy of "the devil we know".

In addition to the huge gap separating the revolution's political and military wings, there are dozens of military factions that vary in size.

When it became necessary for armed opposition forces to protect the revolution's integrity, they refrained from confronting al-Qaeda and the Islamic State (IS) and failed to expel them from the Syrian arena. Most of these armed groups appeared more anxious to preserve a paper entity than to safeguard the interests of the people and the revolution.

This has not been an opposition qualified, at any given moment, to lead the people or to meet the challenges imposed by the transformation of Syria into a battleground. As soon as the balance of power started to shift in favour of the regime, the opposition was unable to remain steadfast.

What this viewpoint overlooks is that the Syrian revolution was not an isolated phenomenon. It emerged within a wider context of an Arab revolutionary dynamic for change. It would be wrong to read what occurred in Syria in isolation.

Today, seven years after the eruption of the revolutions in Tunisia, Egypt, Libya, Syria and Yemen, it can be said that the objective of changing the political order did not fail in Syria alone, but in every single one of these states.

The failure occurred in countries that did not witness a resort to arms, did not see the emergence of terrorist groups such as IS and al-Qaeda, and contained more mature opposition forces.

Even when the revolutions succeeded in bringing down regimes, the old ruling classes soon bounced back, launched counterrevolutionary movements and regained power.

The balance of power quickly turned against the Arab revolutionary movements in all these states. This reversal did not occur due to the naivete of the opposition or its incompetence, but due to the crystallisation of new compelling circumstances that overwhelmed the opposition and the people.

The fact that the movement of revolution and change was pan-Arab, and not just Syrian or Yemeni or Libyan, triggered a counter-mobilisation across the Arab world. As soon as the forces of the counterrevolution realised the magnitude and impact of the revolutionary dynamic, it moved to build a wide-ranging coalition.

Even without prior agreement, influential states with enormous political, military and financial resources - such as Saudi Arabia, the United Arab Emirates and Iran - moved to bring about the defeat of the movement of change and democratic transformation.

The counterrevolution camp considered the democratic revolutions as a threat to its privileges, powers and influence within the Middle East, and thus decided to wage war across the entire region.

Even if he 'wins', Assad has lost Syria
Sami Hamdi
Read More »

The Arab revolutionary movement, furthermore, did not find powerful international allies to support and protect it at key moments of change. In an entwined world, no democratic transformation has ever succeeded without external backing. Without US and European political and economic support, no democratic change would have established roots in Spain and Portugal in the aftermath of the collapse of their despotic regimes, nor in Eastern Europe in the aftermath of the collapse of the communist bloc.

Western support for the Arab revolutions and for the process of democratic transformation was slow and reluctant. It soon turned into indifference, or a return to the policy of "the devil we know".

There has been something specific about Syria. In all cases of political change during the past century, ruling classes have had to choose, upon facing wide-scale popular opposition, between two main paths: relinquishing power or waging a bloody war against the people. Despots such as the Shah of Iran, Zine El Abidine Ben Ali, Hosni Mubarak and Ali Abdullah Saleh relinquished power, although with some reluctance.

In an extremely complex historical path of transformation, there is no such thing as the end of the road

Despots such as Muammar Gaddafi and Assad chose confrontation. Gaddafi was brought down by a decisive foreign intervention, while Assad barricaded himself behind a bloody form of sectarianism. As soon as he discovered his inability to achieve victory against the revolution and the people, he promptly invited regional sectarian support. When he and his regional allies failed, he did not hesitate to appeal to the Russians, even at the cost of losing his sovereignty.

It is true that the Arab revolution failed to achieve its objectives of change and democratic transition. However, the causes of this failure were much bigger than the shortcomings of the people's movement and opposition forces. At the same time, what should be remembered is that the current failure is not the end of the road. In an extremely complex historical path of transformation, there is no such thing as the end of the road.

Photo: A Syrian government soldier walks past destroyed buildings in the former rebel-held town of Jobar in Eastern Ghouta on 1 April 2018 (AFP) 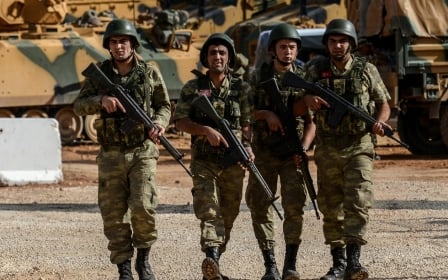 Syria War
I'm Syrian, and I will not give up hope for justice
Razan Saffour