Why African states must not help to normalise Israel

Tafi Mhaka
The long and bruising fight for economic and political emancipation, for both Palestinians and Africans, is far from over 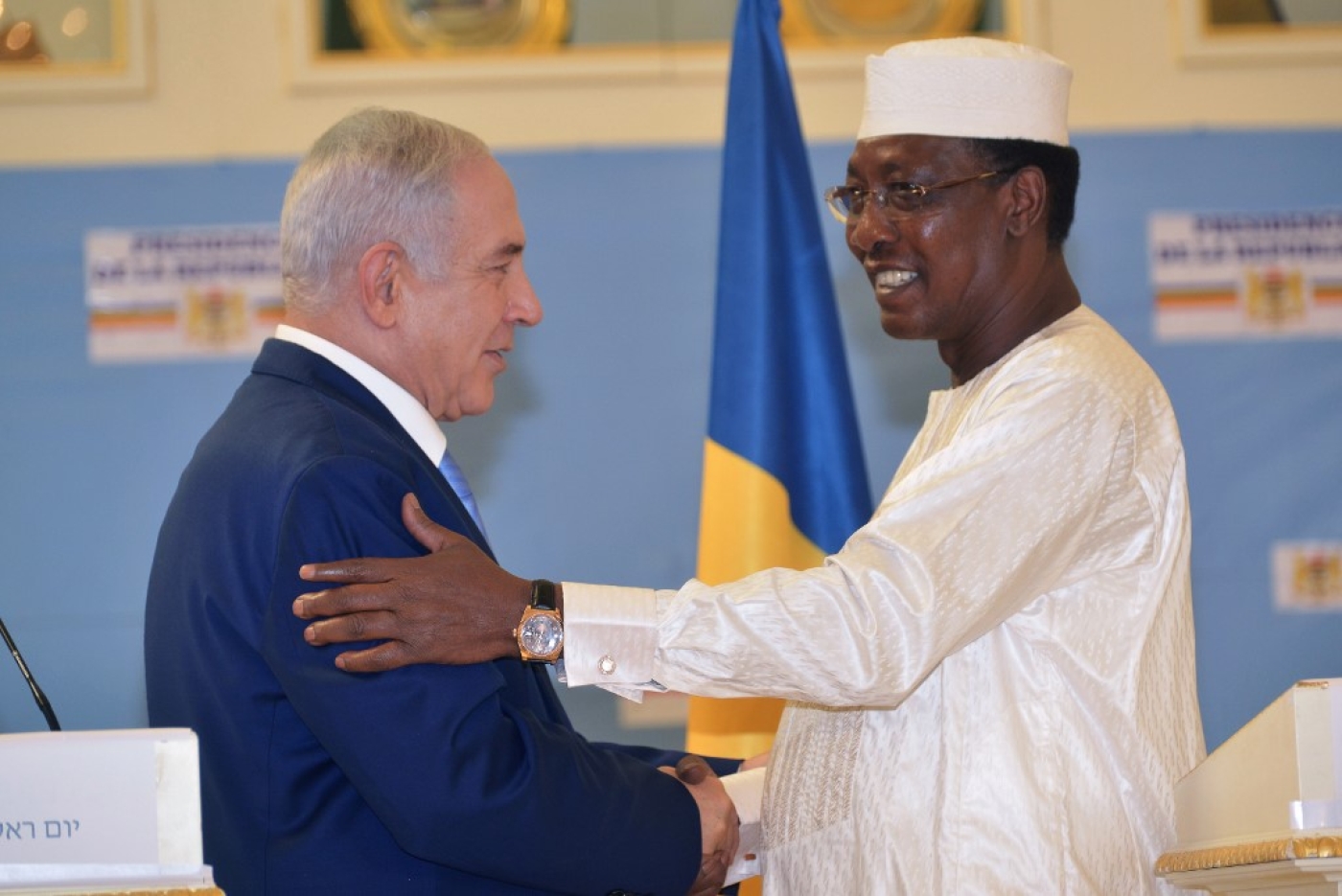 The images of a sickly but defiant Arafat leaving the occupied West Bank for Jordan, amid scores of devastated Palestinians bidding him goodbye, made his unexpected demise in Paris impossibly difficult to bear. I wondered: why did he have to die in a foreign land?

Arafat’s death reminded me of Samora Machel, the founding president of Mozambique. Machel died in a mysterious plane accident in 1986, seemingly before his time had truly arrived. Like Arafat, Machel embodied the long and winding struggle of our troubled lifetimes. His death elicited great sympathy in Africa because, like Arafat, he was not simply Mozambique’s president - he was our leader, too.

His people were our people, and their struggles were ours to fight through to the end. Indeed, Machel and Arafat symbolised the long and agonising fight for freedom from colonial and neocolonial domination. But whereas Machel had lived long enough to breathe air in an independent Mozambique, Arafat had perished in depressing circumstances, before Palestinian statehood was realised - and that pained me.

In 2004, then-President Thabo Mbeki of South Africa, speaking about the Palestinian right to establish statehood, said: “We have a responsibility, all of us as Africans, to make certain that we do not forget this issue, we do not treat it as secondary and that indeed we engage a practical programme of action that would assist with regard to moving this matter forward.”

That statement rings truer today than it did 16 years ago, as Israel’s attempts to normalise significant land theft, murder, heavy-handed oppression and racist discrimination in the Palestinian territories have gained traction, not only in the UAE and Bahrain, but also in certain African states. Some African leaders, unfortunately, have become wilfully complicit in Israel’s quest to endlessly annihilate Palestinian rights while shamelessly glorifying itself as a nation of “peace”.

Despite having launched three destructive wars in Gaza since 2008 and continually building new settlements on occupied lands in violation of the Fourth Geneva Convention, Israel is increasingly strengthening ties with African states. Israel currently has full diplomatic relations with 39 out of 47 sub-Saharan African countries and embassies in nine out of 54 African countries.

In 2016, Benjamin Netanyahu became the first Israeli prime minister to visit Africa in decades. In the last five years, he has visited Uganda, Kenya, Rwanda, Ethiopia and Chad. These visits have largely coincided with attempts by Ghana, Kenya and Ethiopia to help Israel regain observer status at the African Union (AU).

Elsewhere, Equatorial Guinea and Angola have been pleading for economic aid from Israel, and Kenya has promised to support Israel at the United Nations. More ominously, Uganda and Malawi are reportedly looking at opening diplomatic missions in Jerusalem. Yet, the AU supports the Palestinian right to establish statehood based on 1967 borders, with Jerusalem as its capital.

This enormously disappointing and selfish manoeuvring would have been unthinkable in 1986 or 2004. Today, however, an alarming number of Africa’s leaders exhibit no shame while working against Palestinians’ rights to reclaim their stolen lands, engage in economic activities and enjoy dignified lives.

Instead, some African states have been working towards normalising relations with the Middle East’s sole colonial power. Uganda has sought greater Israeli assistance in agriculture, education and innovation. South Sudan, blighted by civil strife and under a UN arms embargo, has been procuring arms from Israeli companies. No doubt, Israel is using its economic clout, military capabilities and technological know-how to attempt to build stronger relationships with African countries, increase support at the UN and gradually undermine Palestinian claims to statehood.

So, from where I stand, normalising relations with Israel - to the extent of agreeing to lobby for Israel at the UN and planning to establish embassies in Jerusalem - is a shameful and shocking betrayal of both African and Palestinian aspirations. How can an African leader help to whitewash the apartheid injustices, land grabs and alarming fatalities that Israel has unleashed on Palestinian bodies and souls in the last 72 years?

Still, it bears noting that while many African leaders want to make strange and indefensible associations with Israel, our humanity and indelible links to the Palestinian cause remain unbroken.

Malawi and Uganda cannot enthusiastically support a state that deliberately deprives residents of Gaza of regular and unrestricted access to clean water, electricity and critical health services. How can Ethiopia and Kenya live at peace with a nation that killed at least 214 Palestinians and wounded more than 18,000 during the largely nonviolent Great March of Return protests in 2018?

How can “we” plausibly complain about police forces committing dreadful atrocities and murders in African communities, while supporting a state that has institutionalised brutality against our Palestinian brothers and sisters?

Africans of all hues must assist Palestinians in every way imaginable, because no African state achieved independence without tremendous external help and sacrifices

Not every African country, however, has sold out to Israeli interests, or become passive amid punishing Israeli aggression in Palestinian spaces. After a deadly attack on largely peaceful protesters in Gaza in May 2018, South Africa withdrew its ambassador to Israel and downgraded its embassy to a liaison office.

Other African nations with diplomatic missions in Israel did not follow suit. Regardless, whatever their overwhelmingly commercial objectives may amount to in US dollars, Uganda, Malawi, Ethiopia, Ghana and Kenya - to name a few - cannot simply disregard Israel’s gross violations of human rights and abandon the Palestinian struggle.

The long and bruising fight for economic and political emancipation, for both Palestinians and Africans, is far from over. The intersectional fabric and inequalities of our shared historical and contemporary struggles - against colonialism, western neocolonialism, systemic racism, economic oppression, poverty and brutality - remain as strong as ever.

Inasmuch as we must help ourselves, Africans of all hues must assist Palestinians in every way imaginable, because no African state achieved independence without tremendous external help and sacrifices. African states must not establish closer ties with Israel and further jeopardise the future status of Jerusalem. Instead, Africa should play its part in helping to achieve Palestinian statehood.

That much we owe to our fallen African and Palestinian heroes.

Tafi Mhaka
Tafi Mhaka is a Johannesburg-based commentator and writer with a keen interest in African affairs, with special focus on Zimbabwe and Southern Africa. Tafi has a BA Honours degree from the University of Cape Town. His works have been published on Aljazeera, News24, Nehanda Radio, Newsday, and New Zimbabwe. He tweets at @tafimhaka 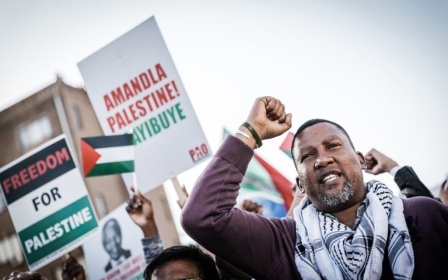 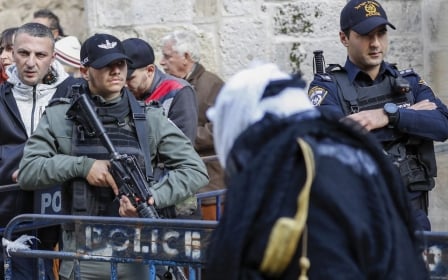