Why Sisi will be overthrown, soon 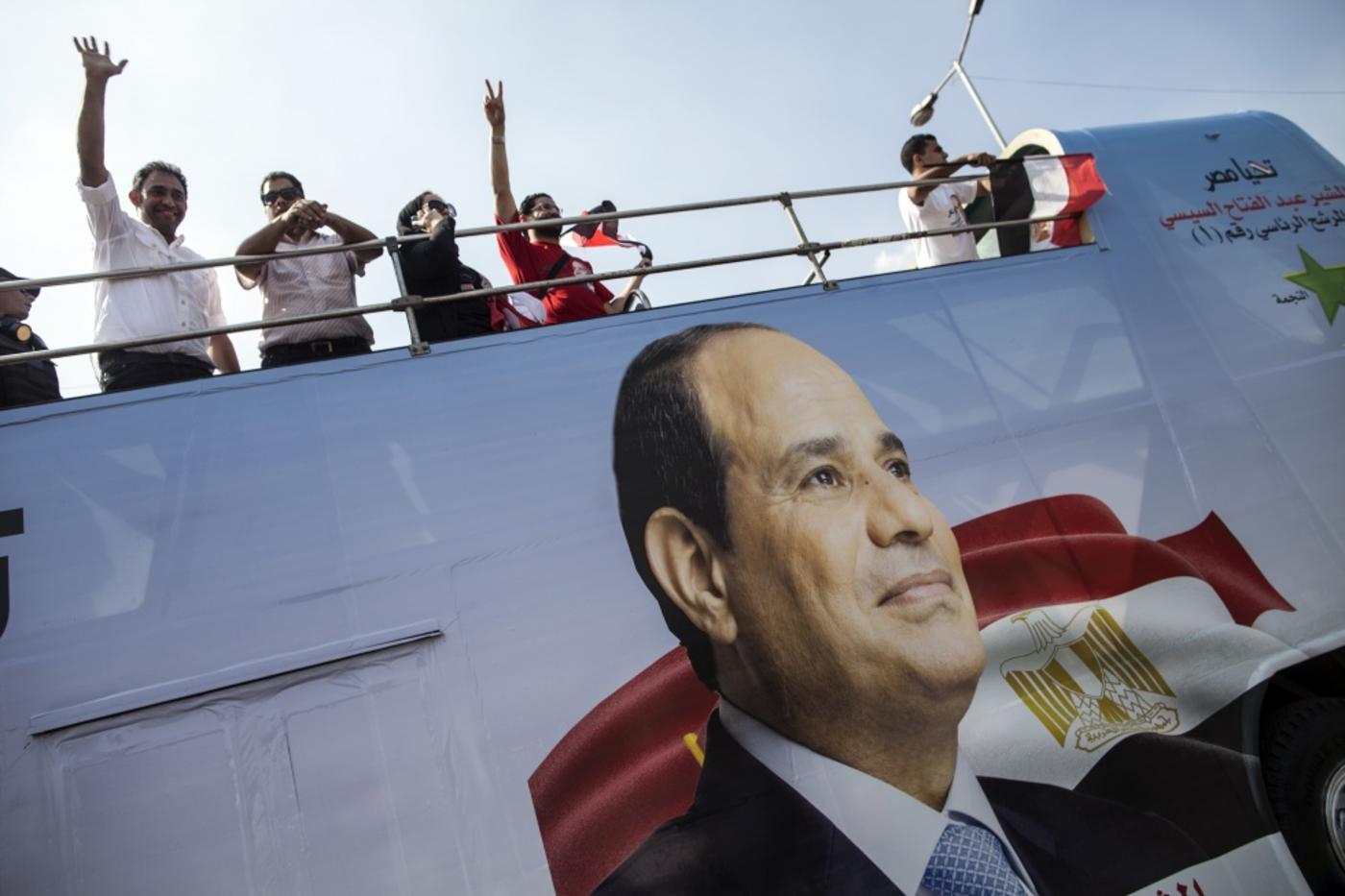 During Mubarak's era, Egyptian affairs specialists were living in a golden age: they could simply predict how things would go a decade forward. Mubarak's Egypt was monotonous, bureaucratic, and predictable. Post-Mubarak Egypt is sporadic, mercurial, and chaotic. However, the trajectory of events since the 3 July 2013 coup seemingly fits one scenario: Sisi is leaving, and soon.

Reasons for such early prediction when Sisi is still a fresh president - at least officially - depend mainly on economic and political reasons; and, yes, the Muslim Brotherhood will most probably not be the main reason for his exit from the scene.

Today, Egypt is witnessing several key changes: a strong return of Mubarak's politicians and businessmen, expansion of the economic empire of the military, marginalization of key political parties and groups, weakening power of media control over perceptions, and weak foreign credibility for the ruling regime. Each of these points is playing a role in weakening Sisi's ability to control the future.

The astonishingly weak turnout in the presidential election - better called a Mubarak-style referendum - revealed a lot of dynamics of the game. Official results put the turnout at 47 percent, while the independent al-Marsad al-Arabi for Rights and Freedoms issued a detailed figure of around 12 percent. Big media names, who supposedly have the widest impact on shaping Egyptian public opinion, have been wailing on screens because of the near absence of people in polling stations all around the country. Such phenomenon was broadcast on television for the three days.

However, a few hours before the polling stations were closed on the second day, the same media figures turned 180 degrees to talk about an increasing influx of people, with no visual evidence to support their claims. When adding the odd decision to extend the voting for an additional third day using unconvincing claims, something unusual was clearly happening behind the scenes.

Ahmed al-Laithy, in an Arabi21 article, tried to explain what was happening. Mubarak's businessmen, Mubarak's politicians, and media heads are the three forces that shaped such an unexpected turn of events in the elections, according to al-Laithy. Sisi's declarations during the run-up for election that he was planning to take from the rich and give the poor - much like Gamal Abdel Nasser - scared a lot of Mubarak's influential businessmen.

To guarantee a payback for their three years of work and secure their interests, such businessmen worked through their networks to send a strong message to Sisi: you are politically weak without our support. They mostly refrained from mobilizing their networks through effective means that they mastered during Mubarak's era, and then pressured to save Sisi by the third day.

The three days of the elections revealed that the media is of marginal influence, since their cries failed to push people to the voting lines, and Sisi came out indebted to Mubarak's men, even more.

A few months into his rule, Sisi will be forced to pay back those Mubarak men who placed him on the throne. They are hungry and will not accept bread crumbs. This is expected to bring two domestic economic giants head-to-head: Mubarak's businessmen and the military economic empire that witnessed noticeable expansions since 3 July. Managing the division of the spoils is something that Sisi's strict military-oriented mentality is least capable of doing.

In addition, Mubarak's businessmen are used to corruption in managing their relations with the state, which is harder to cover up in the post-Mubarak Egypt, not to mention the already ailing - to say the least - economy and the near absence of a clear vision by Sisi to lift the economy up. Ignoring the fact that Sisi ran for the elections without a platform, when he was cornered in a TV interview about specific solutions for unemployment, his replies were superficial and lack a nation-wide vision for development.

Politically, it should not be forgotten that Sisi was brought up as a pawn under Mubarak. Politics, of course, needs a chess queen who can make moves beyond the black and white limitations put on other pieces. The life-long military man showed limited abilities as a politician to play the classical political games of negotiations and bargaining. Sisi is dangerously transmigrating Nasser, with all his fatal flaws. A quick comparison between the scene in 3 July 2013 and today clearly shows that most of the political entities that supported Sisi's coup are now standing in the opposition camp. Sisi's pawn mentality showed very early on when the internationally-known Mohamed al-Baradei, once a close ally, was forced to run for his life less than two months into the Sisi era.

Amr Moussa, Mubarak's foreign minister and the 2012 presidential candidate, played a fundamental role as the president of the committee of 50 that amended the Egyptian constitution after the coup. Expected to be rewarded under Sisi's official presidential term, Moussa is rather being offered the position of Arab League's Special Envoy to Syria, which is seen as a diplomatic kick out of the Egyptian internal political scene, much like Mubarak's offer to Moussa to head the Arab League.

Sisi's list of paybacks to those who supported his coup continues with al-Noor Party which campaigned for Sisi in the elections. If the liberal 6th of April movement is officially banned and accused of being a terrorist group, then no imagination is needed to expect the fate of the Salafi conservative al-Noor party.

Day after day, Sisi gains more enemies than friends domestically, with no indications that trend will change. At least 2 to 3 million Egyptians actively hate Sisi, according to Eric Trager who was quoting a retired Egyptian general and one of Sisi's staunch supporters. Sisi has survived 2 assassination attempts, and has not shown up in any public event since the coup, even during his presidential campaign.

To bring the Egyptian masses as a factor into the analysis would make the picture even bleaker for Sisi. Mubarak had the leisure of dealing with Egyptians when public opinion had little, if no bearing, on the country's political equation. Meanwhile, Sisi seems to have the same mentality despite the revolution which has proved that the masses are a key and influential political factor. With media partly losing its magical effect that led to the 30 June scene, it becomes harder to control masses and direct them away from the streets, except through a lot of sticks and few carrots.

Analysts expect an instant, yet superficial, economic stimulation as soon as Sisi is sworn in. The UAE pledged the continuation of the financial support to Sisi after more than $20 billion in aid has come to the country since 3 July from UAE, KSA, and Kuwait, as declared by the leader in his interview with Lamis al-Hadidi. The new aid package, if drained through the deep pockets of the military and politicians as the package that preceded it, will be draw an end to Sisi's era with the last penny spent.

A Pew survey conducted in April 2014 shows that Egyptians are more dissatisfied with the way things are going in the country than they were right before the 25 January revolution, with 72 percent dissatisfaction versus 69 percent in 2010.

This level of discontent, also shown in the boycott of the presidential elections, is coupled with a very high level of confidence in the ability of Egyptians to change their realities, which was ironically boosted by media during the elections.

A few days ago, I overheard a worker in an elite social club in Cairo - whose members are known to be shrewd Sisi supporters - saying: "Now, Egyptians have become much stronger than anyone… even the military and police."

-Abdelrahman Rashdan is a political science academician specialized in national security and the Middle East.

Photo credit: Supporters of Abdel Fattah al-Sisi wave during a rally in his support on 23 May 2014 in Cairo (AFP) 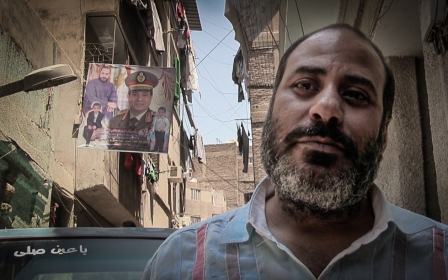 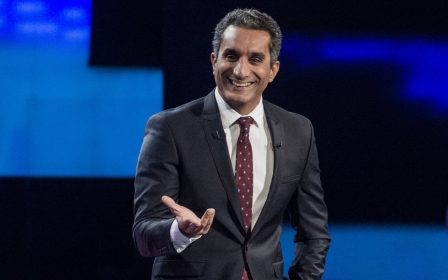