The 'boredom of war': What it did to this family With headphones on, we hear static and see the fuzz of an analogue TV when the signal is lost. An Englishwoman’s voiceover reminds us that we experience the world through screens, but this medium separates and insulates us from what we see.

We watch the inside of an apartment; it is poorly lit, like a home video. A small girl plays with clothes on a balcony. Images of a street and buildings destroyed. This is Damascus, 2013. The home of Reem Karssli, an 18-year-old Syrian filmmaker.

“The old days are gone. They are not coming back,” says her father.

Her sister Rawan speaks of her lost world, her morning coffee, listening to the songs of Fairouz, the smell of jasmine, birds singing. “We are all dying but in a slow way, a miserable way. Every day is the same.”

The screen goes black. We hear the rolling thunder of bombs falling, machineguns and artillery fire, the staccato soundtrack of death. Then a beautiful scene of a snow-covered Damascus street. People tentatively venture out of their homes for the first time in ages.

We are told to leave our seats and stand in the middle of the room, looking at each other. Snow is falling here too, we hear Fairouz singing mournfully.

Are we in Damascus or London?

A view from a home

Now is the Time to Say Nothing is an immersive installation by Karssli and Bristol-based artist Caroline Williams, produced by Bristol's Mayk theatre company. It is the culmination of five years’ work, a piece that has evolved as the war unfolded, and as Karssli ultimately found herself doing as so many others from Syria did: fleeing to Europe by sea.

'I was one of the people living in the city and I felt nobody was talking about us, the people who are in the homes, who are seeing things from the house.'

“It was really hard in Damascus at that time, so I made the film in my house with my family,” says Karssli via Skype from Germany, where she now lives. “It’s about a family in Syria, everyday life, what we were seeing every day in the middle of Damascus.

“At that time the only thing we had seen in the media was about war and blood and uprising and protesting. I was one of the people living in the city and I felt nobody was talking about us, the people who are in the homes, who are seeing things from the house.”

She was blown away by the film. “I thought it was absolutely incredible, being the opposite of the wham bam violent scenes you often see in the news. It was this very quiet, really intimate piece about essentially the boredom of war.

“In it there is this huge personality of this young woman, who is always behind the camera but every now and she films herself looking into mirrors and things. You get this sense of this very enigmatic person who is trapped in this bizarre situation and is trying to make sense of it.”

The value of Skype

Williams had the idea of getting Karssli to call the teenagers Williams was working with on Skype “to just say hello and tell them a bit about her film and what was going on where she was”. Gradually a friendship evolved through Skype calls, emails and shared Spotify playlists.

“I am interested in where art and activism meet,” says Williams. In the piece the students develop an art action by going to Hyde Park and talking to members of the public about Syria. The reactions are mixed, people feel the war is “complicated” and are reluctant to engage.

“As we are seeing with Extinction Rebellion and the Arab Spring in general, these things are slow and hard, and sometimes they don’t work. So what do we do then? We tell a story.” She and her group of London teenagers - who have now known Karssli for over five years - wanted to get people to know their friend.

The initial stage was made between Damascus and London, thinking about how the young people as storytellers could make people care about this woman and her family in Syria.

“Ultimately the piece would be owned by her and be a vehicle for her to tell the story of the conflict and, in the long run, of her becoming a refugee,” says Williams.

Towards the end of the piece there is a projection onto the wall - a conversation on Skype from 2015 - an emotional moment where Karssli says she’s just in survival mode. On that occasion, Williams recalls, the two spoke together for four hours on Skype, and their friendship was sealed. “At that point she had gone to Lebanon and was trying to work out how to leave Syria for good. That was the moment when Reem said ‘I can’t do this anymore’.

“I was able to say you’re more important than this piece of work,” says Williams, and also to encourage her to say anything she felt about her situation.

In the piece we hear Karssli speaking slowly, repeating a phrase: “I am happy enough to be alive.”

Hope across the sea?

At the Battersea Arts Centre, the group in the room are told to sit together in the middle. We hear a hull scraping along pebbles, and waves rolling in. We are on a boat, and we are told there is an island approaching. Images appear of men, women and children in yellow life jackets being pulled from dinghies. We have arrived on a Greek island.

Williams contacted Karssli six months later in 2016 - Karssli said she was in Europe. “That was first time I realised she’d made the journey across the Mediterranean in a boat in the same way that I was seeing on the news. I had made an assumption that she wouldn’t have to do that.”

After two years adapting to life as a refugee in Germany, learning the language, Karssli managed to get on a film course at Brandenburg University.

Williams finally met Karssli in Germany in January 2018 in Berlin. Experiencing the work for the first time, Karssli found it hard to watch: “I didn’t see it because it is not a film, you can’t imagine it, so they always had to explain to me how it is. It’s a really different experience, you go inside a space, the film, the music, it’s an installation.”

In the last section of Now is the Time…, Karssli says she wanted people to understand why Syrians made the dangerous journey to Europe. “We don’t wake up in the morning and say I want to go in the sea and I want to apply for asylum, it’s something more hard to do, but at a certain point you have to do it.”

Although she has started a new life in Germany, she has paid a high price. Neither Syria nor its neighbours recognise the asylum status of those who have sought refuge in Europe, so she can’t go back to see her family.

'I want people to know why there was war, why people had to flee, why they are here right now'

The piece is dedicated to her mother, who is still in Damascus with her father. Her brother and sister are now in Jordan. They all “meet” regularly via Skype, eating meals and getting on with life in front of the screen, a long-distance togetherness. There is no prospect of her going back, she says.

“I think the problem right now is that Syria is still under the dictatorship, under Bashar al-Assad’s regime, so nothing has changed in eight years, and the regime, Russia and Iran are trying to end the war ... And it’s really important to show what is happening, because in time people will forget why this war happened.

"I want people to know why there was war, why people had to flee, why they are here right now.”

Now is the Time to Say Nothing continues at the Battersea Arts Centre, London SW11 until 19 October 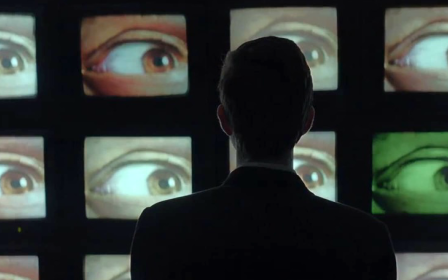 Film
Middle East cinema: Why you can't watch some of its best films 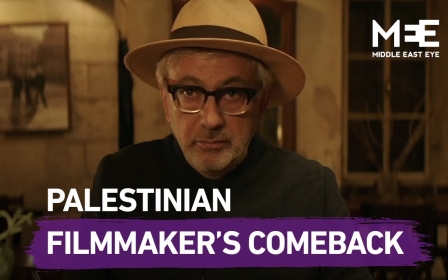