Review: How Limbo breathes new life into the refugee film 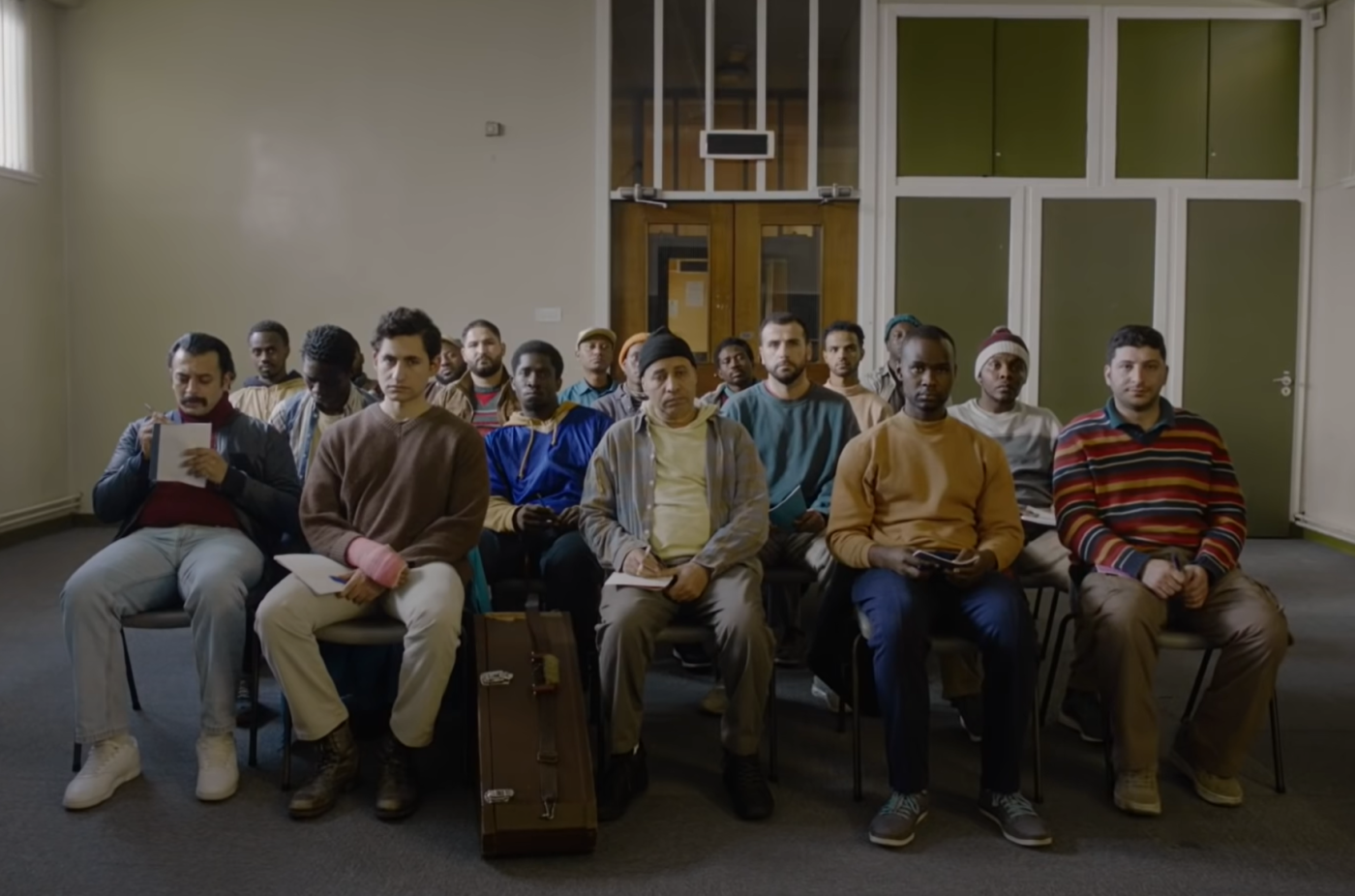 Ten years after the Syrian war ushered in one of the biggest humanitarian calamities of the 21st century, we have officially reached the peak of refugee movie fatigue. 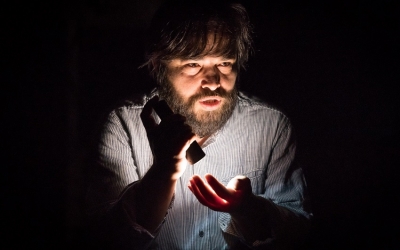 From the Jungle to the West End: ‘It’s not about refugees, it’s about humans’
Read More »

Countless documentaries by filmmakers from across the globe have milked the subject to near death, a significant number with an eye on a prestigious Oscar nomination. Motivations and impulses have varied, from creative bankruptcy and the lust for international recognition, to the genuine desire to raise public awareness.

Successful or not, the once unstoppable refugee movie train has finally run out of steam. The excitement producers once had for the subject de jour has waned drastically, and the empathy of the liberal audience has turned to apathy.

It’s all the more remarkable, then, that a Scotsman has managed to breathe new life into the subject by framing it from an angle few have dared to adopt: comedy. Ben Sharrock’s universally acclaimed Limbo stands tonally at odds with the vast majority of refugee movies made in the wake of the Syrian war: it’s gentle but acerbic; uproariously funny, but sensitive and attentive; empathetic yet not didactic. It’s not without shortcomings, but Sharrock’s approach is so mature and fresh it proves, ultimately, that the subject has not been the real cause of the aforementioned audience fatigue all along, but rather uninspired and self-important efforts.

The film opens with an image of a happy face drawn in chalk on a blackboard. A white, middle-aged man (Kenneth Collard) and a woman (Sidse Babett Knudsen) are dancing, or rather fidgeting, in the classroom to Hot Chocolate’s 1982 pop hit, It Started With a Kiss. He ventures to embrace her; she dismisses him. He tilts his bald head on her chest; she continues to dismiss him. He suddenly grabs her bottom; she slaps him dramatically. The man goes and sits under the blackboard, which now reads: “Cultural Awareness 101. Sex: Is a smile an invitation?”

This little number is staged in front of an audience of black and Middle Eastern-looking men, who are staring at the pair with a mix of befuddlement and dispiritedness – the look of weary men wondering which hell fate has thrust them into.

We are on a near-deserted Scottish island where a group of people have been placed while their asylum applications are being processed. No timeframe is given. Some will be deported; others will be consigned to menial jobs in their new homes; the lucky and resilient few may realise the better life they have long strived for.

Sharrock zeroes in on a number of characters. Abedi (Kwabena Ansah) and Wasef (Ola Orebiyi), from Nigeria,  may or may not be brothers. Wasef dreams of becoming a professional footballer for Chelsea, much to the chagrin of the more realistic Abedi. The sole connection Farhad (Vikash Bhai) from Afghanistan has to the UK is his love for Freddie Mercury, with whom he shares the same moustache and Zoroastrian religion.

And then there’s Omar (the British-Egyptian Amir El-Masry), a soulful, quiet Syrian oud player with weary eyes, saddled by an unspoken past. All of the characters are stranded on this picturesque if lifeless island, waiting for anything to happen. Omar initially appears to be the sole wise man in a land of idiots; he spends a large part of the film’s first half reacting to the buffoonery he’s witnessing. Gradually, though, the composite layers of the asylum seekers' lives begin to unfurl as comedy is replaced with pathos.

The early parts of the film contain the most barbed jokes; touching on illegal Channel crossings, racism, and European moral hypocrisy, all delivered in a manner devoid of political correctness. It is to Sharrock’s credit that such dark humour never descends into bad taste. “You know, we had a better signal in the Mediterranean,” one of the Nigerian brothers says. “I thought they’d roll the carpet for the Syrians,” Farhad tells Omar. “Maybe you’re coming a year too late.”

Sharrock’s refugees do not have the luxury of Samuel Beckett’s existential dread: their aspirations are humble, their dreams are limited and their pasts are yet to un-haunt them

In more traditional treatments of the topic, these elements – hallmarks of the refugee film – are rendered with a heavy touch that aims to underline the humiliation and discrimination refugees experience. Sharrock goes for something less conspicuous, and more profound: he understands the illogic, the outlandishness of these experiences, and this is what drives his humour.

Sharrock’s deadpan brand of comedy - marked by dry humour, stoic Buster Keaton-like performances, and still frames where the action occurs irrespective of camera movement - has its comedic roots in the work of French modernist Jacques Tati; the political satires of Palestinian Elia Suleiman, and the existential meditations of the Finn Aki Kaurismaki and Swede Roy Andersson. His style, however, differs in how the comedy is grounded in a more immediate reality, devoid of the surreal flourishes of these filmmakers.

Several critics have compared Limbo to Samuel Beckett's Waiting for Godot, but there’s a key difference between the two: in the latter, Didi and Gogo willingly wait for the man who never arrives, while the men in Limbo are forced into this waiting. Sharrock’s refugees do not have the luxury of Beckett’s existential dread: their aspirations are humble; their dreams are limited; and their pasts are yet to un-haunt them. And unlike in Godot, there’s an invisible antagonist threatening their existence: the shadow of deportation, expulsion, and rejection.

Omar is no different from millions of Syrians who left their homes reluctantly in search of a safe life, and integrity. His parents, who are heard only in phone calls, are stranded in Turkey, torn between returning to Syria, where their older son (Kais Nashif of Paradise Now fame) has stayed behind to “fight” the Assad regime, and embarking on a new but uncertain life in Europe.

All the characters in the film, the visible and the unseen, are stranded in this lengthy and indefinite transitional phase. Limbo is thus not a straightforward refugee tale - this is a snapshot of a state of mind particular not only to the refugee experience, but to the global south’s relationship with the West.

Sharrock touches upon a fundamental aspect of the Middle Eastern relationship to Europe and the West: the emotional agony of the wait; the realisation that one’s destiny is not in one's hands. Choice is a luxury not afforded to citizens who are primarily judged by their passport; choice is a luxury neither these refugees nor the families they left behind truly knew. To be a citizen of the global south, vying for entrance to the supposed paradise of the West, is to be stranded in a never-ending purgatory, hoping that someone, somewhere recognises your plight and accepts your humanity. The 'boredom of war': What it did to this family
Read More »

It’s this humanity that Sharrock – who has volunteered in a Syrian refugee camp in the past – not only underlines but celebrates. One shrewd tool he uses is pop culture. Throughout the film, the men do not hide their passion for English football, gush about love for the Queen, and continue debating whether Ross and Rachel from Friends were “on a break”. These characters share more than they realise with the men and women instructing them on how to behave like civilised men in their civilised lands.

Sharrock goes the extra mile by juxtaposing the refugees’ rationales and motivations with the sheer tomfoolery of the instructors and the island’s inhabitants in general. Farhad and his cohorts may appear "precious" for large segments of the film, a term used by insiders to describe the annoyingly cute protagonists of many Sundance indies. The further the story progresses, the more it transpires that their behaviour might essentially be a facade to conceal the pain and trauma that Sharrock refrains from exploiting or prying on.

Omar’s compatriots are perhaps a little too innocuous, a little too agreeable, and not as complex or rich as people are in real life. This undeniable flaw in design is compensated for by the affecting tenderness with which the director treats his characters. Contrary to other films helmed by western filmmakers, there’s not a whiff of pity or superiority in Sharrock’s treatment of his non-white asylum seekers.

The strict visual design Sharrock adheres to for most of the picture swiftly begins to change as Omar comes to terms with his guilt about turning his back on his family and country. The oud is a blatant symbol for the abandoned soul of his country, but what truly eats him up is not only his helplessness, but his doubt: was the dream of normality worth the separation from his family? Was it worth the price of displacement and estrangement?

In an otherwise tight narrative, the biggest irregularity is Omar’s brother. The supposedly secular or quasi-secular anti-Assad fighter who has decided to stay behind and battle for the soul of the nation does not, of course, correspond to any actual faction in the highly convoluted current reality of Syria. With Assad getting re-elected for the fourth time this year, and as the West accepts the fact that his regime may not be dismantled anytime soon, the premise of staying behind or going back to “fight” rings false. Omar’s dilemma is not driven by a desire to fight the futile fight; his dilemma is purely moralistic, pertaining to his obligation to his parents, to his brother, to the home he may never find anywhere else.

Of the myriad films made over the past decade about refugees, those that stand out dared to put an atypical twist on the subject, be it formally or narratively. Frenchman Jacques Audiard gave his Sri Lankan refugee a violent mythology in his action-packed Palme d'Or winner Dheepan (2015). Dutchman Guido Hendrikx pitted right-wing European views on refugees against the left with admirable bluntness in the staged documentary Stranger in Paradise (2016). Briton Remi Weekes dismantled the unchallenged conception of the "good immigrant" in his chilling horror debut His House (2020). And, like Sharrock, Aki Kaurismaki and Norwegian Rune Denstad Langlo employed gentle humour in portraying Scandinavia’s stance on the refugee crisis in The Other Side of Hope (2017) and Welcome to Norway! (2016) respectively.

Each of those films brought a new component to the contemporary refugee discourse; each has proven that diversity in form is essential to sustaining and developing the conversation. Endless indistinguishable documentaries and news coverage have created a reverse numbing effect, pushing the viewers to shun one of the most urgent issues of the day. Limbo has found a new vitality in the subject - one rooted in humanity and compassion as much as artistry. Sharrock has shown us the way forward, and one hopes there will be no turning back to the earlier forms, which feel purposeless today. 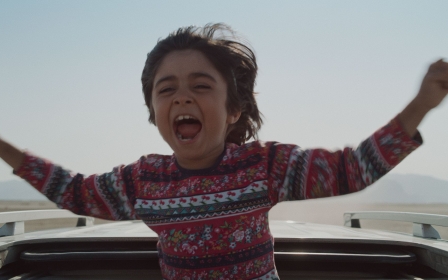