From doner to hummus, the Middle Eastern foods Europe loves 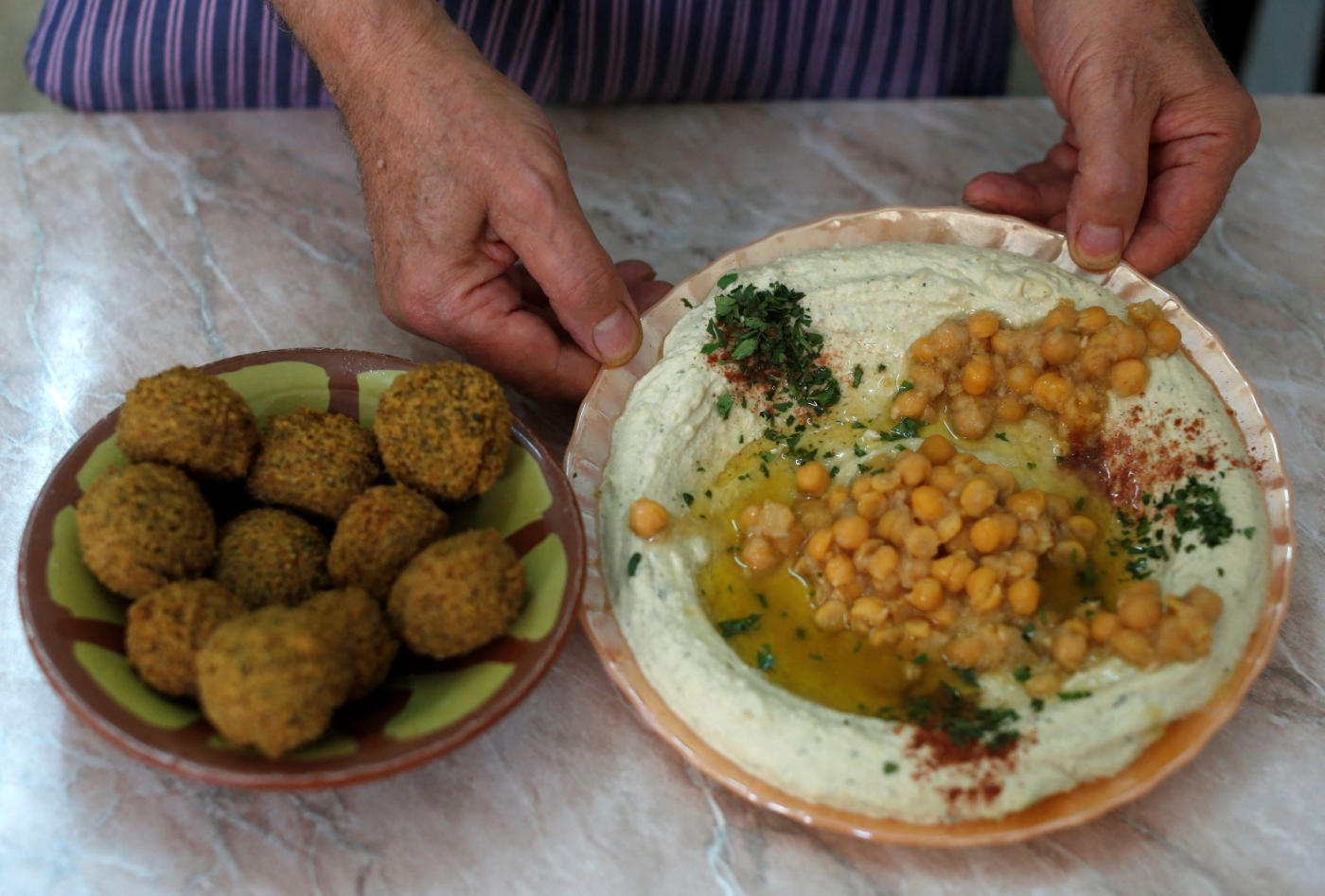 When people move, their food goes with them. Wherever there are migrant communities, delicacies from their homeland can be found.

Waves of immigration from the Middle East, particularly since the 70s, have changed the face of European cuisine, introducing regional favourites like doner, shawarma, hummus and falafel to food-lovers from Marseille to Minsk.

Some of these foods now count among Europe’s most popular street snacks, eaten as quick lunches and late-night bites by millions of people every day.

They’re also incredibly profitable: the Berlin-based Association of Turkish Doner Producers in Europe estimates that at least 3.5bn euros worth of doner meat is sold every year.

Across Europe’s urban centres, this marinated, juicy meat turning on a horizontal stick is as recognisable as McDonald’s Golden Arches. Whether it’s chicken, lamb or beef, shawarma is sliced from a skewer that can hold up to 60kg of meat with a long - often electric - knife. Before it is cooked on the rotating spit, the meat is marinated in an often-secret combination of spices for hours, if not days.

When sliced at the right angle, usually around 120 degrees, small pieces of meat fall to the counter, where they are packaged into flat or pitta bread for customers to eat on plates in-house, sometimes with fries, or takeaway to eat on the road.

In Europe, the choice of toppings usually include tomato, onion and lettuce, and cooks will usually coat the bread in garlic. In Lebanon, your shawarma sandwich may also include tahini and pickle.

Shawarma is believed to have begun life in the Ottoman Empire during the 18th or 19th centuries, making its way across the Middle East thereafter. Lebanese migrants even brought the shawarma to Mexico in the early 1900s, where it eventually turned into the taco al pastor.

This dip is arguably the Middle East’s biggest vegan export. Its origins go back at least 800 years, with the first mention of a dish resembling hummus appearing in a 13th century cookbook from Cairo. These days, hummus is made by blending boiled chickpeas, tahini and other spices into a creamy, fluffy paste.

Whether served by Syrians in cosy restaurants or sold as a pre-packaged lunchtime snack inside a supermarket chain, hummus is rich in vitamin B and contains zero cholesterol, making it one of the healthiest snacks out there.

Most of Europe’s hummus is produced and sold on an industrial scale. Flavours stretch from chilli to sweet potato, delivered in small, plastic packages sometimes paired with pre-cut carrot sticks. If you’re lucky enough to live near a Syrian, Egyptian or Palestinian restaurant, you could find it served on a plate warm, topped with olive oil and whole chickpeas.

This list’s second vegan favourite is also believed to have originated in Egypt, though who exactly cooked these deep-fried treats for the first time is disputed. Egyptian Copts lay claim to the taamia, an earlier version of falafel made from fava beans. The word falafel is the plural form of fulful, the Classical Arabic word for pepper.

In Europe, cooks mainly use chickpeas, which are ground and sculpted into balls, spiced with parsley, cumin and coriander and dunked in a deep fryer. Scooped using an aleb falafel, or metal mould, the perfect falafel is crunchy on the outside and soft in the middle. They were brought to Europe by migrants from the Middle East in the 70s.

Whether at a music festival in Porto or food truck in Warsaw, falafels are mostly sold as street food, served in pitta bread with tomato, lettuce and onion, along with a few sauces. In Germany, for example, they usually include chilli and krauter sauce, a blend of vegetable broth, milk, butter, lemon and flour.

Unlike in the Arab world, where they can be served as a side dish and eaten by hand, falafels are almost always served in sandwiches in Europe. If you’re in the mood for sitting down, you can also order a plate of them, usually with a side of salad, fries and hummus.

Store-bought falafels can be deep-fried or oven-baked and, as they’re made with chickpeas, have the same health qualities as hummus: high in fibre and protein, low in calories.

This fried goat-and-sheep-cheese snack may technically have origins in Cyprus, but in Europe it’s on the menu at almost every Syrian and Turkish restaurant.

Like falafel, most customers choose to eat this crispy, fried favourite on the move, usually in a sandwich topped with chopped lettuce, tomato, onions and sauce.

Those feeling extra peckish can usually add halloumi to a falafel or shawarma wrap for an extra euro or two.

Unlike Egypt, for example, where halloumi can be topped with duqqa (a herb mix) and used in salads, most people in Europe eat these cheesy rectangles un-spiced. If hummus is nearby, that might be brought into play.

Another vegetarian favourite, halloumi has an unusually high melting point. This means that, unlike other cheeses, it stays solid when fried. Cooks cut thin, rectangular slices from big blocks of cheese – often found in the fridge at Arab and Turkish supermarkets – and plunge them in a deep-fryer, before serving them on a plate or in a sandwich.

Halloumi is also easy to fry at home, purchased in small, 300g packets from supermarket chains. If you’re lucky and live near an Arab, Turkish or Greek shop, you could find a 1kg block to take home.

The doner kebab rivals currywurst for Germany’s favourite street food, having been brought to Berlin by Turkish immigrants in the 70s. From there it spread across the continent, reaching as far as the UK, Belarus and Finland. For millions of Europeans, it’s the ultimate fast food, served quick and easy during a lunch break or on the way home from a night out.

In Germany, the Istanbul-born restaurateur Kadir Nurman is credited with making the first fast food-style doner, having set-up a booth near the famous Zoologischer Garten railway station in 70s West Berlin to serve busy nearby workers.

Like the shawarma, doner meat is roasted on a turning vertical spit, sliced and put into bread, either sandwich-shaped or long and circular, like a burrito. Doner meat is also seasoned more lightly than shawarma, and usually comes in a sandwich with shredded cabbage and diced tomatoes. In Europe, cooks often throw a few fries inside.

The doner has become so popular that it’s even spawned vegan versions, a favourite in Europe’s urban centres.

Once you’ve stuffed your face with doner, it’s time for a classic Middle Eastern desert: Baklava. Historians disagree over this rich pastry snack’s origins, but most agree that it emerged from the Assyrian empire around 800 BCE.

In the 15th century, the Ottomans developed the Baklava we know today, a sweet blend of pistachios, butter and sugar syrup, stacked between layers of filo pastry.

Baklava is usually available wherever you can find a doner kebab, sitting on a tray placed strategically on the counter, daring you to buy a slice.

In larger cities with an established Syrian community, there are specialist shops dedicated to Baklava, selling nicely packaged trays of different varieties for up to 50 euros ($58). 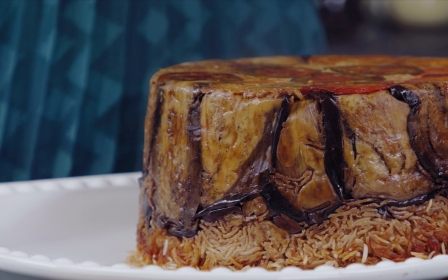