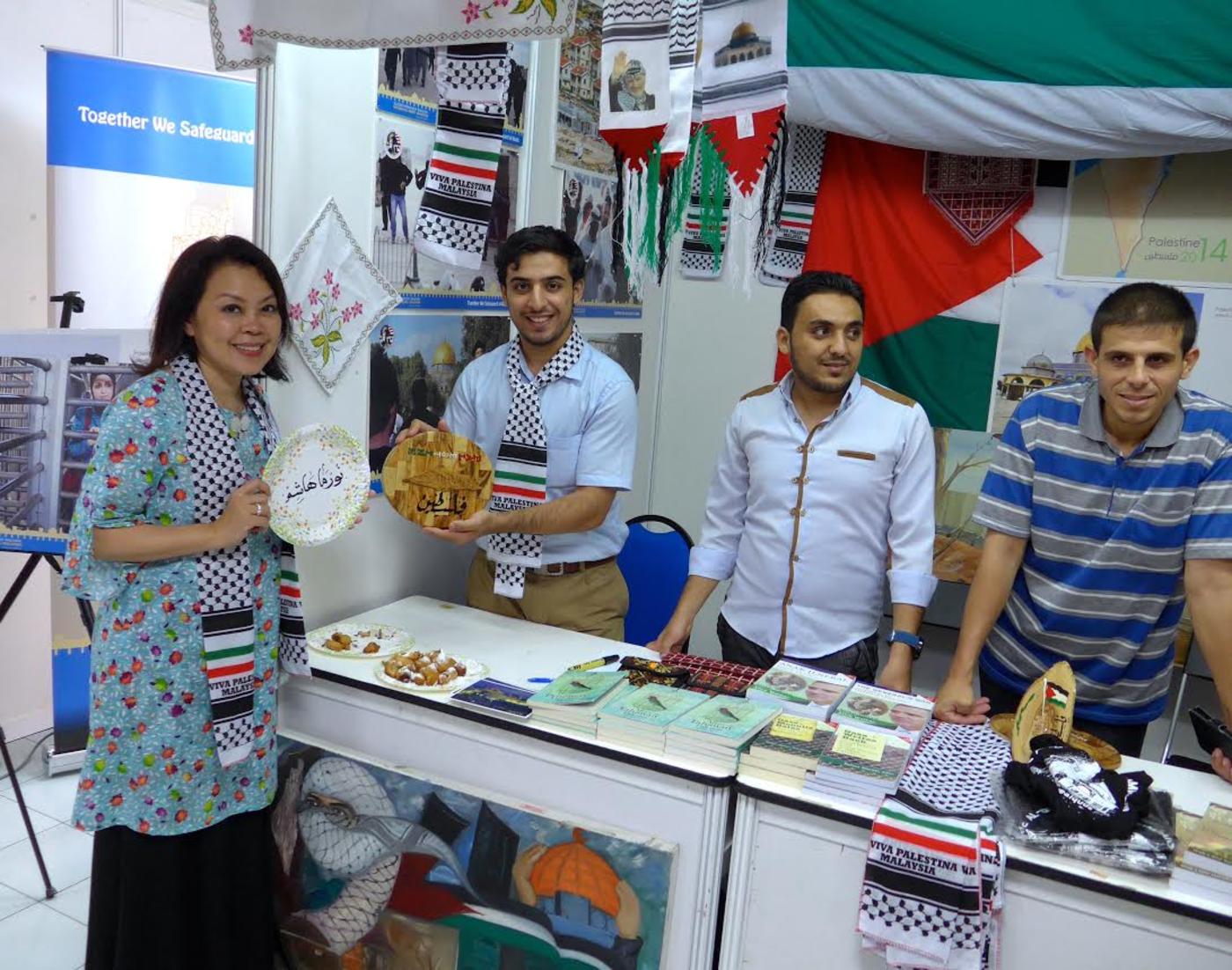 Kuala Lumpur - An increasing number of Malaysians are enrolling in courses and programmes to learn the Arabic language in order to keep themselves connected to their own religion and history.

Arabic was first introduced to the country by Yemeni merchants who arrived in the city of Malacca back in the 13th century. The merchants famously presented the Hadrami shirts to the country, known today as Baju Melayu, Malaysia’s national dress for men.

“Arabs arrived in Malaysia first as merchants, to a pleasing welcome. Then later the conversion of the Sultan of Malacca to Islam opened the gate for more waves of Arab migrants which continued until the 20th century,” explained Dr Tarek Ladjal, a lecturer in history and Islamic civilisation at the University of Malaya. “Arabs were perceived in a sacred way, especially [since] many of them were from honourable and educated families.”

“Some of them became Sultans after they got married to royal families, who preferred to marry their daughters off to Arabs, in admiration of them and their religion. The Sultans of Perlis, Johor and Brunei all have Arab blood,” Dr Ladjal added.

For the second year in a row, the Faculty of Islamic Studies at the University of Malaya organised the Arabic Language Festival (ALF) from 7-9 May. A number of Arab countries - represented by their respective embassies, including Saudi Arabia, Yemen, Sudan, Libya and Palestine, participated in this year’s festival, which gave Malaysians a first-hand experience of the Arabic language and culture.

Malaysians were given the chance to communicate in Arabic with native speakers. At the various booth's representing each country, displays relating to the Arabic language, culture and cuisines were arrayed, giving Malaysian visitors who came to take part in this annual event a taste of the Arab world.

“Non-Arabs trying to learn Arabic deserve our encouragement and support. This should not be limited to one event, but should be part of our daily life,” said Azwan Qamaruldeen, a Malaysian student who was at the festival and had recently won an Arabic language award in Qatar.

The ALF is sponsored by the Saudi embassy and is held in Souk Okaz, a historical Arab market where Arab merchants would meet to recite poems and give speeches.

Speaking at the festival, Sabah Madi, the head of ALF, pointed out how “Arab nations have always worked to spread their language.” She added, “Non-Muslim speakers also want to learn Arabic to know more about Arabic culture.”

Madi, a Libyan teaching Arabic to Malaysians, believes that “more efforts should be made to teach Arabic because the demand is very high”.

The high demand could be partially interpreted as digging through the linguistic history of the Malays, who once used the Jawi alphabet that consisted of Arabic letters. The alphabet was later converted into Latin by the British, who colonised the Malaysian Peninsula in the 18th century, 500 years after the arrival of the first Arab merchants.

The first Arabic school in Malaysia was established in 1915 in the state of Kedah. Arabic international schools are scattered around Malaysia, especially in the capital Kuala Lumpur, such as the International Modern Arabic School, the Saudi School and Al Baseerah School.

The number of Malaysian students studying Arabic as a major course in primary and high schools is still limited to a few hundred. However, there are 1,187 schools in Malaysia that teach Arabic language to their students.

Attempts to institutionalise Arabic were made by former prime minister of Malaysia Abdullah Badawi, who in 2011 called for the inclusion of Arabic into the Malaysian curricula and universities. However, the increasing number of Malaysians interested in learning Arabic is faced by a lack of trained teachers and comprehensive curricula to learn and master the language.

There are five Arabic schools in Malaysia. Two of them are attended by Malaysian students, while the other three are exclusively attended by children of the Arab community in the country.

Despite there not being exact statistics on Arab university students in Malaysia, they represent a growing number. Many are enrolled at the University of Malaya. The university has a research programme called Malaysia Middle East Studies Programme, which aims at better understanding the Middle East and connecting it to Malaysia.

The university also hosts the Arabic Language Club, the first of its kind in the country, where Malaysian students are given the opportunity to practise Arabic and to excel in Arabic language debates.

The increasing interest in Arabic language in Malaysia is part of the diverse makeup of the multicultural country, where Malay, English, Chinese and Indian are spoken. This interest is also attributed to members of the Muslim community asserting their religious identity, in an environment populated by different religions and races.

The Arab world, where Islam emerged, is of significant importance to Malaysia, a country which has a Muslim majority along with Christian, Buddhist and Hindu minorities. Tens of thousands of pilgrims from the country perform pilgrimage to Saudi Arabia annually.

Many people, especially students, regard speaking Arabic as a necessity, as a means to better understand Islam.

“Arabic is one of the oldest languages in the world, and the language of the Quran,” said Zafirah Afifah Bin Ahmad Lutfi, a member of the Arabic Language Club at UM. “I feel proud for learning Arabic. I will never stop learning it and I will pass it on to my kids.”

“Learning Arabic for Muslims is a necessity [as the] Quran is in Arabic,” said Saeed, a post-graduate student from China.

Saeed’s opinion was shared by Samad, a PhD graduate, who had just finished his studies.

“I find it difficult, but I try to repeat words day and night. I like Arabic as much as fish need water,” he said.

“It is our responsibility and duty to celebrate and protect the Arabic language,” explained Dr Zayed Bin Ijeer al-Harithi, the cultural attaché of Saudi Arabia to Malaysia. “In Saudi Arabia, there are six centres which give thousands of scholarships a year to non-Arabic speakers to learn Arabic, including Malaysians.”

Malaysia draws tens of thousands of Arab tourists annually, boosting the country’s economy, with tourism contributing approximately 13 percent of Malaysia’s GDP. Around half of the Arab tourists in Malaysia are Saudis, which impacts the increasing interest of Malaysians in Arabs and their language.

Dr Mohd Roslan Mohd Nor, a lecturer of civilisation at the Faculty of Islamic Studies at UM, noted the ties that the Arabic language has to Malaysia.

“Arabic reminds Malays of their long connection to the Arab world such as [Muslim pilgrimage of] Hajj, education and trading. Add to that, some of the schools in Malaysia introduced Arabic [in their curriculum] for primary students.”

Professor Zulkifli Yakub Bin Mohd Yusoff, the acting director of the Faculty of Islamic Studies at UM, relayed his experience in learning Arabic at the Arabic Language Festival. When he complained to his father that he found it difficult to learn Arabic, his father told him he has to dream in Arabic first to be able to speak it.

“After four years of studying Arabic, I dreamed in Arabic and woke up the next day speaking it well,” Yusoff said.

The footsteps of merchants arriving in the country from the Arab world hundreds of years back will always serve as a reminder that Malaysians too can dream in Arabic. 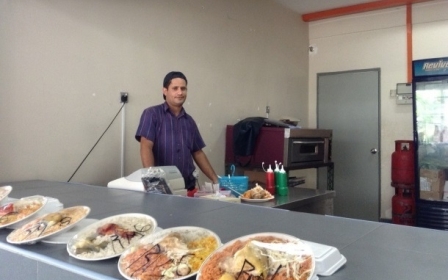 Yemen War
Yemenis in Malaysia divided over the conflict back home 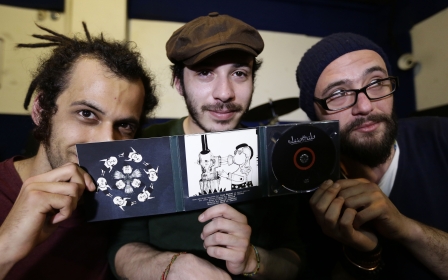