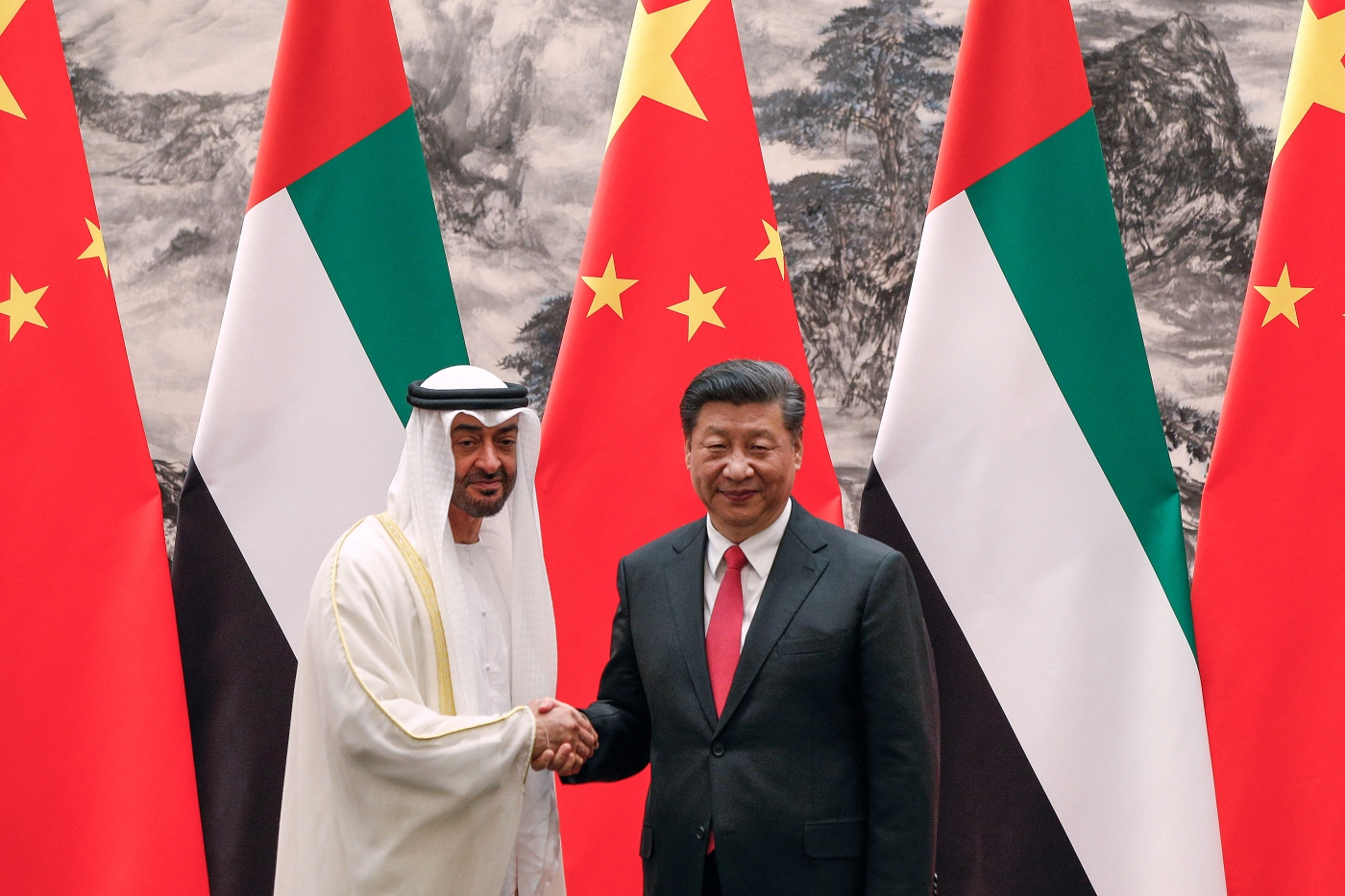 Beijing and Gulf states say they are committed to reviving long-dormant talks aimed at reaching a free trade agreement, as they look to strengthen ties and deepen economic cooperation in the face of strained relations with the West.

On Thursday, China’s foreign minister Wang Yi told his Emirati counterpart that Beijing wants to “accelerate” negotiations on the development of a free trade area, to “inject new impetus” into enhancing ties with the Gulf Cooperation Council (GCC).

The comments echo similar ones made this past week as foreign ministers from Saudi Arabia, Kuwait, Oman, and Bahrain, along with the secretary-general of the GCC, all descended on the eastern Chinese city of Wuxi for talks on security and trade.

A readout from the meeting between Yi and GCC Secretary General Nayef Falah Mubarak Al-Hajraf, said the two sides believe “conditions are ripe” for establishing a strategic partnership agreement between China and the bloc and that Beijing was looking to "share the opportunities" of its "huge market" with the Gulf.

China is the GCC’s top trading partner, with bilateral economic activity between the bloc and the world’s second-largest economy standing at $180 bn in 2020.

The two sides first tabled a free trade deal in 2004, but the talks have been stalled for years. Torbjorn Soltvedt, a Gulf analyst with the global risk consulting firm Verisk Maplecroft told Middle East Eye he saw “strong incentives for both sides” to renew those discussions.

“This is probably a time for talks to move forward and for there to be some real progress,” he added. 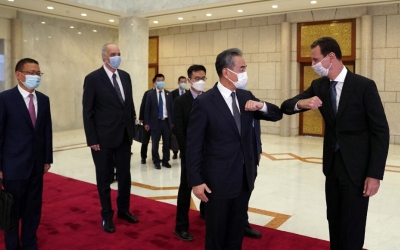 Beijing’s influence in the Gulf has been growing for nearly a decade. The region is a central pillar of President Xi Jinping’s signature Belt and Road initiative and China has emerged as the Gulf’s biggest buyer of crude oil,  supplying the Asian country with more than 40 percent of its imports.

Gulf economic heavyweights like the UAE and Saudi Arabia rank in the top three countries globally for Chinese construction projects, while Beijing has also invested in smaller states like Oman, where it is building an industrial zone in the Arabian Sea port of Duqm.

Analysts say the economic relationship between the two sides has weathered the storm of the coronavirus pandemic which has seen China draw down its foreign investments in other regions as it focuses on looming economic challenges at home.

In recent years Beijing’s economic relationship with the Gulf has grown well beyond shovel-ready construction projects and oil wells. Gulf states are big buyers of Chinese surveillance technology. Huawei’s 5G networks have been rolled out from the Bahraini capital of Manama to the business hub of Dubai. And in Saudi Arabia, Beijing is helping the country develop nuclear technology.

Despite the objections of Washington, long the dominant security and economic power in the Gulf, the countries appear to be pressing ahead with closer ties to China.

In December, the UAE suspended discussions with Washington to acquire its state-of-the-art F-35 fighter jet due to frustration over the slow pace of talks amid US concerns about Abu Dhabi's relationship with China.

This past week Beijing renewed its pledge to continue deepening ties with Gulf powers.

In a readout from the meeting between Al-Hajraf and Yi the two sides agreed to “help the GCC countries become logistics and shipping hubs leading neighbouring areas, and attract more foreign capital and technologies to the Gulf region”.

Jamal Abdullah, a scholar on the Gulf and visiting professor at the University of Montreal in Canada, said the flurry of diplomatic meetings this week demonstrated just how far the Gulf states have moved towards China, as they fret about the US commitment to their security and grow discontented with Washington's criticism of their domestic politics and human rights. 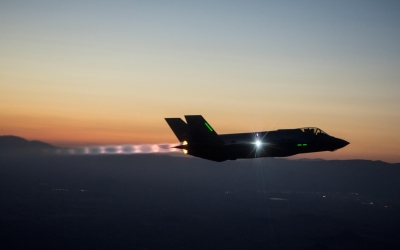 “These countries are closer in geography, and closer in outlook to Beijing,” he said. "They are not going to abandon the US but they are hedging their bets, economically and politically."

At the same time as Beijing was hosting top Gulf diplomats, China was also preparing for the visit of Iranian foreign minister Hossein Amir-Abdollahian on Friday.

While China has been eager to make inroads with Arab countries it remains one of Tehran's top international allies. The two countries signed a 25-year strategic partnership agreement last year and China is a signatory to the 2015 nuclear agreement that world powers are trying to revive in Vienna.

“The Gulf states want to create a balance with China to protect themselves from Iran,"  Abdullah added.

Ironically enough, it is uncertainty over the fate of the Iranian nuclear deal that has contributed to an easing of tensions between Gulf powers like Saudi Arabia and Qatar, which Abdullah says may actually make it easier for the countries to bridge their differences and revive negotiations with Beijing on a free trade agreement.

Still, he voices scepticism about a breakthrough anytime soon. “The Gulf countries will all deepen their ties with China, but I don’t believe they are united enough to work together as a bloc”. 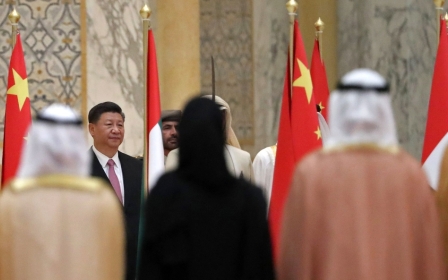