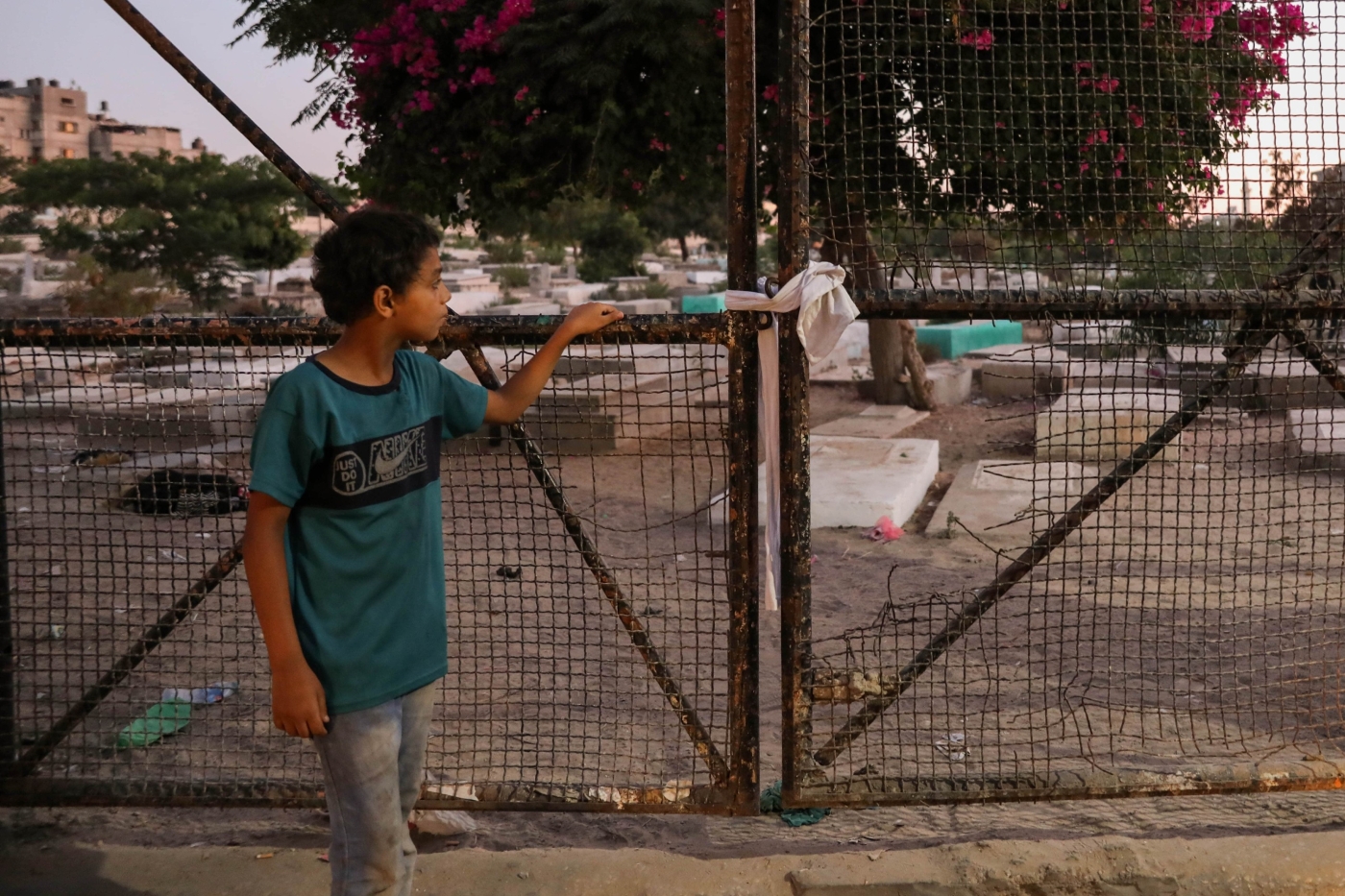 A Palestinian child looks through a fence at Falluja cemetery where five children, among them four cousins, were killed by an Israeli strike on 7 August 2022 in Gaza (MEE/Mohammed al-Hajjar)
By
MEE staff

Israeli military officials have confirmed that Israel was responsible for the deaths of five Palestinian children killed on the last day of the country's recent bombardment of the besieged Gaza Strip.

Several defence officials told the Israeli newspaper Haaretz that an army inquiry into the attack on the Falluja cemetery on 7 August had found that Israel was to blame.

At the time of the attack, the Israeli army blamed the deaths on a rogue Islamic Jihad rocket.

Cousins Jamil Nijm Jamil Nijm, four, Jamil Ihab Nijm, 13, Hamed Haidar Hamed Nijm, 16 and Muhammed Salah Nijm, 16 were killed while they sat next to their grandfather's grave in the cemetery in the northern Gaza Strip.

'They come to sit here every day. Every day. This is a safe area, they are used to being here'

"I was watching the boys after they bought something from the grocery store and then went to sit by the grave," Sami said.

"They come to sit here every day. Every day. This is a safe area, they are used to being here."

Over the course of three days, Israeli forces unleashed a wave of air strikes on Gaza, killing 49 people, including 17 children, and wounding at least 360 others.

Last week, +972 Magazine, a non-profit magazine run by Palestinian and Israeli journalists, reported that former Israeli soldiers had revealed how the army authorises strikes in Gaza knowing civilians will be killed, so long as the number is deemed low enough.

In the case of the recent bombardment of Gaza, the Israeli news site Ynet quoted army officials as saying that the ratio between “non-combatants” and combatants killed was “the best of all the operations”.

Israel says it launched its offensive against Gaza due to the fear of retaliatory attacks by Islamic Jihad after a senior leader of the group, Bassam al-Saadi, was arrested in the occupied West Bank city of Jenin. 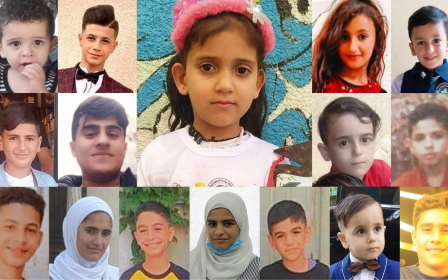