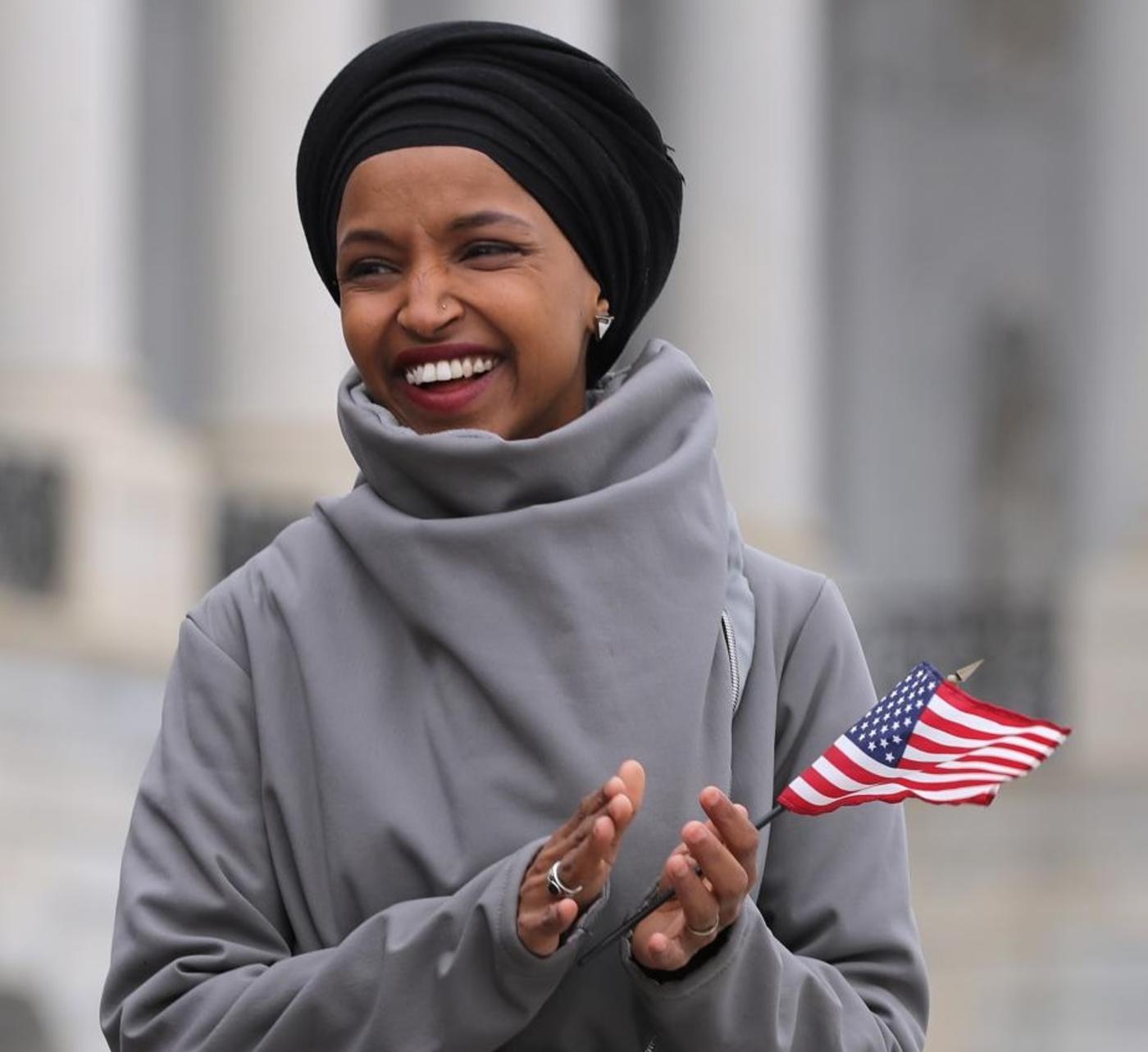 Since entering office, lhan Omar has been heavily critical of US military aid to Israel (AFP)
By
Azad Essa
in
New York City

On Tuesday, the state of Minnesota will hold one of the most anticipated Democratic primaries on this year's election calendar. Ilhan Omar, an outspoken Black Muslim and Somali-American congresswoman, will face-off with challenger Antone Melton-Meaux for Minnesota's fifth congressional district (MN-05).

With the district traditionally and overwhelmingly Democrat, Tuesday's primary is the de-facto election for control over MN-05. A victory in the primaries would almost certainly mean a win in November.

But the fight between Omar and Melton-Meaux is not merely the struggle between two Democrats vying for a seat in Congress. For many, the scuffle is, in part, over the Democratic party's future approach to Israel.

Since taking office in 2018, Omar has been an unflinching progressive, tackling topics as diverse as ending homelessless, abolishing student debt and addressing income inequality in her home district to calling for accountability for Saudi Arabia and Israeli human rights violations when it comes to US foreign policy.

During her stint in Congress, Omar has introduced 48 bills and amendments and co-sponsored 548 others.

Andrea Jenkins, vice president of the Minneapolis City Council, describes her as having the "courage to stand by her convictions - to show up even when so many powerful people want her to disappear".

Still, Omar has faced constant accusations of trying to seek celebrity status over the needs of her constituency.

'Dedicated to service, not celebrity'

In his campaign manifesto, Melton-Meaux, a lawyer and self-described progressive, describes Omar as too busy fighting Trump on Twitter or campaigning for causes that have little to do with her district.

"I'll do the hard work that comes along with the demands of public office, while remaining Focused On The Fifth. I’m dedicated to service, not celebrity," Melton-Meaux's website reads.

It's a talking point repeated by Melton-Meaux's backers as well.

"Melton-Meaux fully grasps the needs of the diverse constituency he hopes to represent and, if given a chance, is the kind of leader who could unite a fractured district," the Star Tribune newspaper in Minnesota said in its endorsement of Melton-Meaux.

For those who support Omar, the attempt to portray her as disconnected from her constituency is not just inaccurate, it's also a ruse to ward off a genuine progressive and strong critic of Israel. 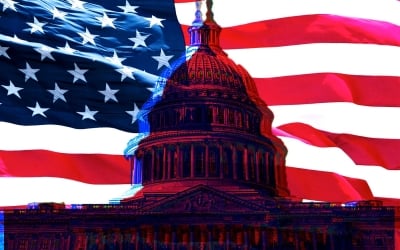 Other than promising to better represent the MN-05 constituency, not only does Melton-Meaux receive most of his funding from outside the district, funding records show that more than 20 percent of his funding, or around $530,000, has come via NORPAC and Pro-Israel America, two political action committees and staunch backers of Israel.

Melton-Meaux, like Ritchie Torres, the winner of the NY-15 district, has emerged as part of a new wave of  "pro-Israeli progressive" candidates.

"We've heard from people both in Representative Omar's district and across the country who are tired of the congresswoman's divisive policies and don't agree with her dangerous foreign policy positions," Jeff Mendelsohn, executive director of Pro-Israel America, told MEE.

"During her short tenure, Representative Omar has repeatedly made blatant antisemitic comments and has continuously worked against America’s relationship with our democratic ally, Israel."

Though Omar's funding has also come mostly from out of state, her refusal to take corporate backing has meant that her funding has been derived from a wide pool of small donations (less than $200).

In comparison, Melton-Meaux has drawn most of his support from large donors, including billionaire Seth Klarman, known for making large contributions to Republican party.

Around 93 percent of the $3.2m Melton-Meaux raised in the second quarter of 2020 came via large donations, ushering in concerns as to the interests he may be beholden to, should he win.

Melton-Meaux's team did not reply to MEE’s request for comment.

Commenting on the amount of resources being generated by the centrist and Israel lobbies to topple Omar, Habon Abdulle, executive director of Women Organizing Women (WOW), and a long time supporter of the congresswoman, told MEE that "it was clear that they don’'t just want to stop her, they want to humiliate her".

"This is about putting her in her 'place'. All of which will just make her more resilient and tenacious."

As a Black, scarf-wearing Muslim woman refugee, Omar's identity is both a threat to the Republican and the mainstream Democrat establishment, as well as being an easy target to vilify in the public imagination, Abdulle says.

"This is still about her identity and her race and her religion. She sees herself as equal and people can't stand it," Abdulle said.

For many, not only is Omar the most astute among "the squad" - the name given to Omar and the three other first-term congresswomen of colour - regarding foreign policy, the way in which she has forced a change in the way America talks about Israel has been very disconcerting for the establishment.

'We are going to win because we represent the values of our constituents. No matter how much Republican and corporate donors pour into this race, we have the people of the district on our side'

Omar's charisma and steely resolve, her willingness to speak up on issues such as the war in Yemen and India's crackdown in Kashmir, and her open criticism about the US government's unconditional support for Israel, has resonated and energised progressive activists and groups, from the Black Lives Matter movement to climate justice groups.

"We need to fight for Ilhan, just like she fights for us," an online rally organised by JVP Action scheduled for Monday said. Activist stalwarts Angela Davis and Keeanga-Yamahtta Taylor were expected to attend.

After Omar insinuated in February 2019 that members of the US government were being influenced by money from the American Israel Public Affairs Committee (AIPAC) to support the state of Israel, Omar was charged with antisemitism, an accusation routinely levelled at her to dismantle her criticism.

Since then, President Donald Trump's supporters frequently chant "send her back" at campaign rallies and have questioned her "Americanness".

In recent months, conservative and rightwing media have also been obsessed with Omar, scrutinsing her every word and hounding her personal life, following a divorce and remarriage.

For her part, Omar told MEE that she remains unfazed by the daily attempts to derail her and her campaign.

"When you have fluency in the day-to-day struggles of your community, you can effectively advocate for them. No amount of corporate dollars can change that," Omar said.

"We are going to win because we represent the values of our constituents. No matter how much Republican and corporate donors pour into this race, we have the people of the district on our side." 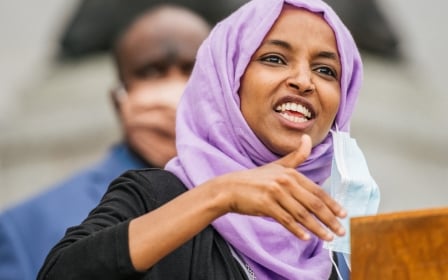 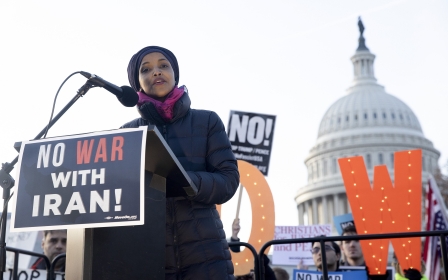 US Politics
Ilhan Omar and Iran letter: Was backlash warranted? 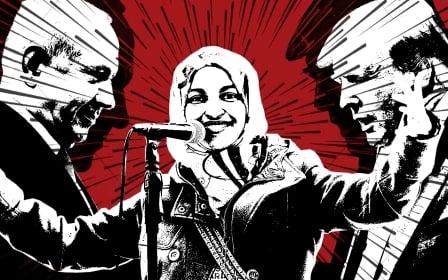