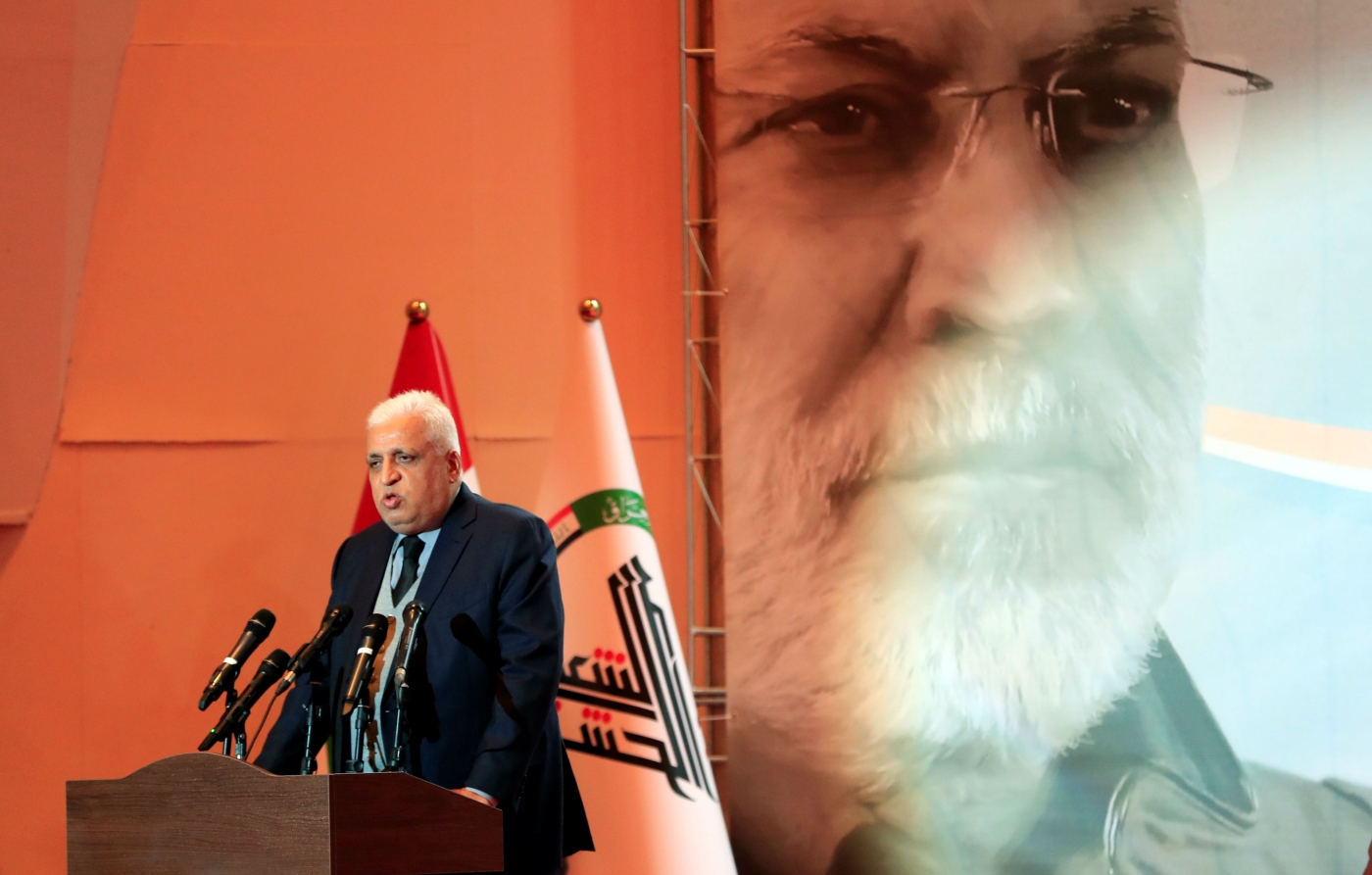 Long overshadowed by Khamenei’s influence from the Iranian holy city of Qom, the Sistani-led religious authority based in Iraq’s Najaf is using a power vacuum to assert its own influence, and seize the powerful paramilitary umbrella group’s levers of power.

The tussle for power began seven weeks ago, with the killing of Hashd al-Shaabi leader Abu Mahdi al-Muhandis and top Iranian general Qassem Soleimani in a US drone strike in Baghdad.

Soon after, pro-Iran factions in the paramilitary nominated one of their leaders to be the chief of staff and director of operations for the Popular Mobilisation Authority (PMA), the body that oversees the Hashd al-Shaabi, and replace Iranian ally Muhandis. 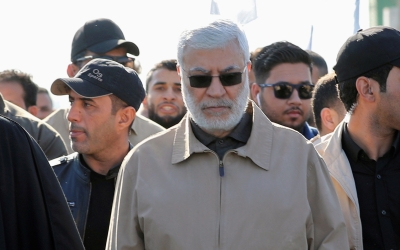 Such a move was expected. However factions associated with Najaf threatened to withdraw from the PMA if the government did not work to limit Iranian influence within the body, several Shia commanders told Middle East Eye.

Sistani himself was responsible for encouraging the Hashd al-Shaabi’s formation in the first place, by issuing a fatwa in 2014 calling on Iraqis to mobilise and volunteer to fight the Islamic State group, who at that time had seized almost a third of Iraq.

That sparked the mobilisation of dozens of armed groups, which coalesced alongside older factions to create the Hashd al-Shaabi umbrella group, a governmental organisation protected by law.

Iranian-backed factions, such as the Badr Organisation, Asaib Ahl al-Haq and Kataeb Hezbollah, are the most powerful groups under the PMA. But the Hashd al-Shaabi’s true legitimacy lies with Sistani’s fatwa.

Analysts have suggested if forces linked to Sistani withdraw, the Iran-backed groups remaining will lose their ability to repel local and international criticism, and accusations of humanitarian abuses and wide-scale corruption.

“Najaf seeks to limit the penetration of Qom’s arms into Iraqi government institutions, in an attempt to distance Iraq from regional and international conflicts. So this is part of the ongoing struggle between Qom and Najaf," Iraqi analyst Abdulwahid Tuama told MEE.

“[Sistani] sees the vacuum created after Soleimani and Muhandis’s killing as a great opportunity to regain control of an important military institution and extract it from the hands of leaders who believe in Wilayat al-Faqih [clerical rule by Khamenei], returning it to Iraqi authority in the process."

Muhandis was considered Iran's point man in Iraq, and was granted singularly vast powers by Khamenei and Soleimani to make important decisions of both a military and religious nature.

Apart from founding many pro-Iran Hashd al-Shaabi factions, he also held the position of PMA deputy chairman until September 2019.

Muhandis used the financial and human resources of the authority to tighten his control over the factions and subjugate them to his influence. Although a government decision abolished his position and stripped him of any official financial or administrative powers five months ago, he remained in control of most of the PMA's forces and directorates up until his death.

Regaining control of the PMA and its forces, especially those loyal to Iran, was one of the biggest challenges facing both the governments of former Iraqi prime ministers Haider al-Abadi and Adel Abdul Mahdi in the last six years.

Attempts at reform aimed at bringing the Hashd al-Shaabi under control of the central government were repeatedly blocked by Muhandis and Soleimani.

The killing of the pair at the same time - and the inability of the Iranians to replace them with figures with the same leadership skills - has relaxed Iran's grip on the PMA and created room for leaders loyal to Najaf to try and fill the void, Hashd al-Shaabi commanders told MEE.

Fearing “the outbreak of Shia-Shia fighting”, Najaf has largely stayed quiet about Iran’s domination of the body, commanders said. But no longer.

A delegation headed by prominent Sistani representative Sayyad Ahmed al-Safi and leaders of the four largest armed factions loyal to Najaf - the Abu al-Fadhl al-Abbas Division, the Imam Ali Division, the Inssar al-Marjiyaa Brigade and the Ali al-Akbar Brigade - have met with PMA chief Faleh al-Fayyadh to issue their demands.

According to two commanders who attended the meeting with Fayyadh, among the demands submitted was a list of top positions the delegation wanted filled by Najaf-backed leaders.

The list included: secretary of the commission, the second most powerful financial and administrative position; assistant chief of staff for operations, the figure tasked with managing ops; the reserve forces manager, which oversees fighters linked to holy shrines and religious guidance; and the leadership of operations in the Middle Euphrates, Ramadi and Mosul regions.

"We are trying to get things back to normal,” one of the attendees told MEE. Like the majority of sources spoken to, the attendee spoke only on condition of anonymity.

According to the attendee, the PMA needed to be pro-Iraq first and foremost, and the Hashd al-Shaabi "should be exclusively subject to the Iraqi leadership, away from corruption, economic gains and regional agendas".

“We believe that this is the right time. We can do it now and we will do it," he said.

As head of the Quds Force, Soleimani was responsible for Iranian field operations in the Middle East, but his reliance on his personal skills and relations with faction leaders has made it difficult to find a replacement.

To overcome the vacuum left by Soleimani, Iran's elite Islamic Revolutionary Guard Corps (IRGC), has redistributed the briefs that he was working on, "until the final decision regarding the nomination of the person in charge of each brief is made by Khamenei”, a prominent Iraqi Shia commander close to the IRGC told MEE.

According to the new instructions, the Syria portfolio was handed over to the office of Iranian President Hassan Rouhani, the Lebanon file was handed over to Hassan Nasrallah, the leader of the Lebanese Hezbollah, while Iraq, "which has no current local leader", has been split in two.

Iraq's political portfolio has been handed over to the former Iranian ambassador in Baghdad, Hassan Danaei Far, while the military file was handed over to Hamid Abdallahi, commander of the Quds Force special operations unit and Soleimani’s former aide in Iraq.

The moves by Sistani loyalists have not gone down well in Tehran.

"The Iranians have informed a number of faction leaders that they will not pay any money or weapons to any of the factions anymore,” the commander told MEE.

He added that they had been told to steer clear of any physical confrontation with US assets in Iraq, and stick to applying political pressure where possible instead.

“Unfortunately, the state of fragmentation and chaos now experienced by the factions is the worst since they were established," he said.

"Some of them have begun to witness internal splits."

Two commanders of Iran-backed factions confirmed to MEE these new instructions had been issued.

The end of the Hashd al-Shaabi?

The committee tasked itself with reevaluating the PMA’s priorities, re-deploying forces and parcelling out the directorates that were personally managed by Muhandis, two members of the committee told MEE.

The most important task, they said, was deciding who will succeed Muhandis, serve as Hashd al-Shaabi chief of staff and maintain Iranian control over the PMA.

The committee has held intensive meetings in and outside of Iraq over the past seven weeks, which has helped to restrict the competition between Abu Fadak and Basri, a number of commanders told MEE.

They also, the commanders said, led to the choice of Abu Fadak as Muhandis’s heir. 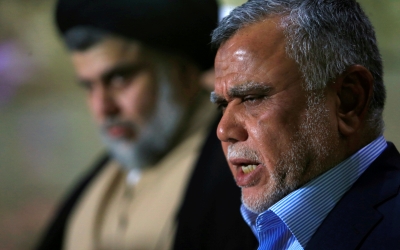 The real name of Abu Fadak - known as the "uncle" - is not publicly known. But he has been prominent ever since joining the founding core of Kataeb Hezbollah fighters back in 1997, which carried out operations against Saddam Hussein’s government from the marshes of southern Iraq.

He was close to Muhandis and is known for his military prowess, confidence and tribal affiliations. He is also a follower of Wilayet al-Fiqh "and does not move without a fatwa", a member of the committee said.

According to an Asaib Ahl al-Haq commander, leaders of the armed factions had been anxious that the "chaos" following Muhandis's death could have meant the "disintegration and the end of the Hashd al-Shaabi", which is why they were keen to quickly unite around Abu Fadak.

“Abu Fadak is strong and a true leader with honourable positions and good relations with all," he said.

“We all chose him, and Sayyad Khamenei has supported our option."

Despite the optimism over Abu Fadak's appointment, the pro-Iran factions still face an uncertain future.

The Najaf-backed factions’ threat to withdraw from the Hashd al-Shaabi and regularise forces under the defence ministry, or form an independent body tasked with protecting holy shrines, has swung open the door for fighters to defect from Iranian-aligned groups.

Many Sistani loyalists are already enlisted in Iran-backed factions, which promised them greater organisation and better pay, which newly regularised Najaf-aligned factions could offer as well.

This would strip Iranian-backed factions of their most prominent strengths amid constant calls to demobilise their fighters and dissolve the PMA following IS’s defeat, commanders told MEE.

“The withdrawal of the pro-Sistani factions would embarrass everyone and push everyone into a corner, including the Iraqi government,” said a senior national security official familiar with the meetings with Fayyadh.

“The remaining forces will be the factions associated with Khamenei, which have no legal or religious cover that legitimises their activities inside Iraq or guarantees continued funding from the Iraqi government," he added.

“Once Sistani raises his hand from the PMA its purpose is no longer valid, and it must be abolished and its associated forces demobilised.” Inside Iraq
EXCLUSIVE: US military offers Iraq a partial pullback 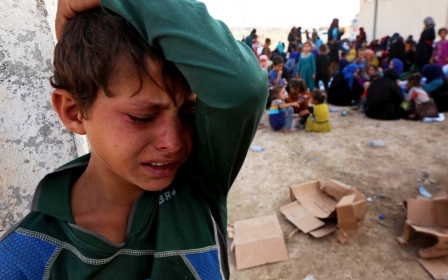 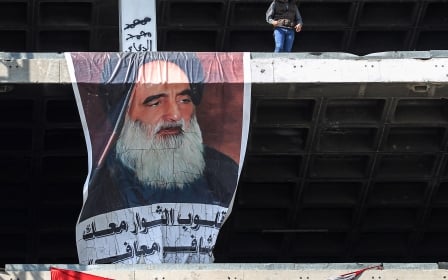