Meanwhile, catastrophic floods spark a war of words with the US, and a national debate emerges on surrogate mothers 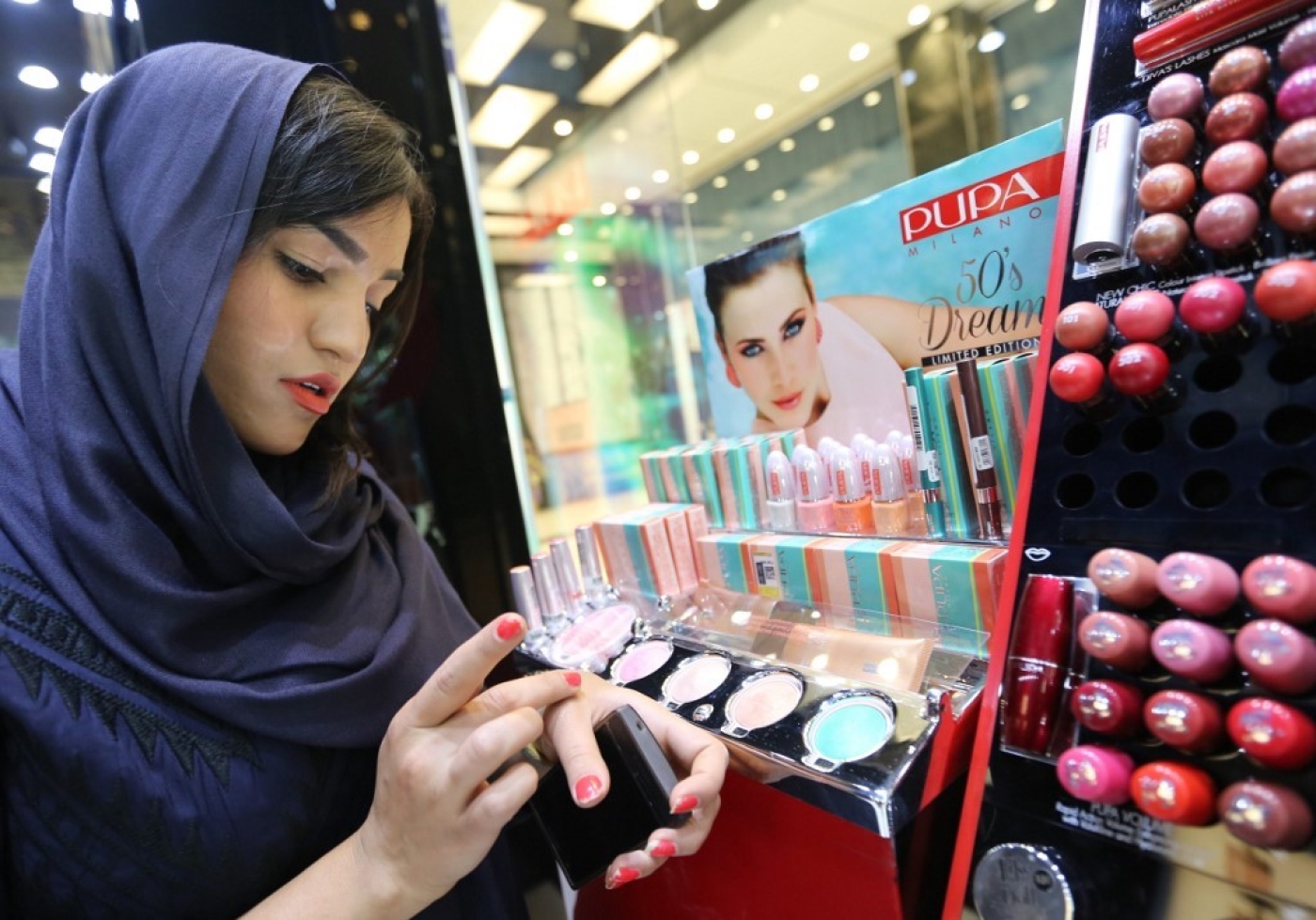 Iran’s cosmetics market has grown by 4 percent in the past year to $2.7bn, much of it contraband or fake (AFP)
By
MEE correspondent

Crisis, sanctions - and plenty of lipstick

Iran’s cosmetic products market was valued $2.7 billion in 2018, with over half of the products being smuggled into the country, according to ISNA news agency.

With a population of 81 million, Iran has the second highest consumption rate of cosmetic products in the Middle East after Saudi Arabia - a ranking unaffected by the US sanctions and a severe economic crisis.

While the country has struggled to obtain essential goods since the US dropped out of the nuclear deal last year and reimposed sanctions, Iran’s cosmetics market has grown by 4 percent in the past year.

According to ISNA’s in-depth article on “the untold story of Iran’s cosmetic market”, $722m worth of cosmetics consumed in Iran are produced inside the country, $390m are legally imported and about $1.7bn are contraband or fake. The report did not elaborate on the source of fake or smuggled products.

Afshin Amiri, a source with 17 years of experience in Iran’s cosmetic market, told ISNA that he believed a small group of well-connected people controlled the entire beauty market of Iran.

“How do you think the products are being smuggled into the country? There are strong filters on the way but the products can get through,” Amiri said.

Iranian Foreign Minister Mohammad Javad Zarif has responded to US officials’ accusations of misconduct in managing recent floods in Iran, reminding Washington of its failure to provide aid to citizens affected by hurricanes in Puerto Rico and the US.

Since 17 March, three waves of serious flooding hit most parts of the country, claiming at least 62 lives and leaving tens of thousands homeless. Some 25,000 houses have been destroyed across the country, and another 60,000 damaged.

On separate occasions, US Secretary of State Mike Pompeo and the US Special Representative for Iran Brian Hook blamed Iranian officials for the rising number of flood victims.

“After months, the people of Puerto Rico, as well as the victims of Hurricanes Harvey, Michael and Florence, have not even been able to have their lives return to a shadow of normalcy,” Zarif said.

In a statement on Thursday, Zarif blamed the US’s “illegal sanctions” for Iran’s difficulties in receiving receiving international aid and disaster relief services.

Meanwhile, Iranians are expecting more rainfalls in coming days, forcing authorities to order the immediate evacuation of 33 villages in the Khuzestan province.

Road accidents during the first week of the Nowruz holiday killed 170 people and injured 3,750 more, according to Khabar Online.

Iran suffers from a high rate of deaths from traffic accidents, the number of fatalities sharply increasing each year during the two-week holiday for the Persian new year holiday of Nowruz, when Iranians travel all across the country.

Poor safety standards for cars manufactured in Iran, roads in poor conditions, delayed emergency services, and drivers who don’t follow the rules of the road have been blamed for contributing to the high number of accidents.

On 5 January, ISNA news agency reported that 12,261 people were killed and 259,988 injured on the road in the span of eight months between March and November 2018.

Despite the high rates of fatality on the roads, the number of fatal road accidents has declined in recent years.

Too posh to push?

Ads for paid surrogate mothers on one of the leading websites for free classified advertisement in Iran has sparked controversy over a topic that remains taboo in the country.

There is no ban on surrogacy in Iran, however fertility clinics are not allowed to provide the service to foreign parents. There is no specific data on the number of women who become surrogates in the country.

Since late February, ads have been posted on Divar website offering services for surrogacy without elaborating more details on the prices and process. However, Arman daily has reported that women under 33 can earn up to 600m rial (about $14,500) as surrogate mothers.

Certain sociologists have raised concerns that the practice could lead to exploitation of poorer women.

“Women who cannot conceive are not the only ones who look for surrogate mothers,” Iranian sociologist Majid Abhari, told Arman.

Abhari claimed that “rich women who don’t want to have their body affected by pregnancy” are also customers of surrogacy services, and that this attitude leads to “reproduction of poverty in society” and deepens the social class differences.