Companies operating Israel’s largest offshore gas field have agreed to supply $15bn worth of natural gas to Egypt, a deal which one analyst called a "coup for Israel".

According to the agreement signed on Monday, Israeli company Delek Drilling and Texas-based Noble Energy will supply gas from Leviathan, Israel's largest field, and a second field, Tamar, over the next decade to Egyptian company Dolphinus Holdings.

Tareq Baconi, a policy fellow with the European Council on Foreign Relations who focuses on energy politics, told Middle East Eye that the deal is a coup for Israel which, until now, has struggled to secure foreign investment to develop Leviathan, discovered in 2010.

"The only buyer they had was Jordan and that’s a tiny market in comparison," Baconi said, referring to the 2016 deal that saw Jordan agreed to buy $10bn worth of Israeli gas.

There were numerous protests in Jordan in the year leading up to signing of the deal between Noble and the Jordanian National Electric Power Company.

But Baconi said popular pressure in Egypt is unlikely given the close relationship between Abdel Fattah al-Sisi's government and Netanyahu, including their cooperation in the Sinai. Any pressure that did arise, he added, "would be completely crushed under Sisi".

News of the deal comes two months after Italian energy giant ENI started producing gas from Egypt's Zohr field, thought to be the largest gas field ever discovered in the Mediterranean.

Egypt was once a net exporter of gas, but years of political instability and mismanagement, including deals which MEE has investigated, left it to import gas for its rising population.

Baconi said that Egypt has been "putting out strong signals" that it will become an exporter again by 2020 or 2021.

But Monday's gas deal, he said,  indicates that Egypt may remain a gas importer.

The gas from Zohr, Baconi suspects, will be used for domestic consumption. It's possible that the gas imported from Israel could be re-exported from Egypt if the country finds that it has meet its domestic energy needs, he said.

Given the continuing instability in the Sinai, the gas is likely to be delivered through an underwater pipeline running from Ashkelon, around Gaza's maritime border, to Egypt. 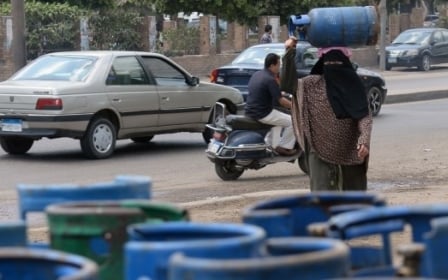