Fifteen months after 14-year-old Othman Hilles was shot dead, a court ruling has a Gaza family mourning once again 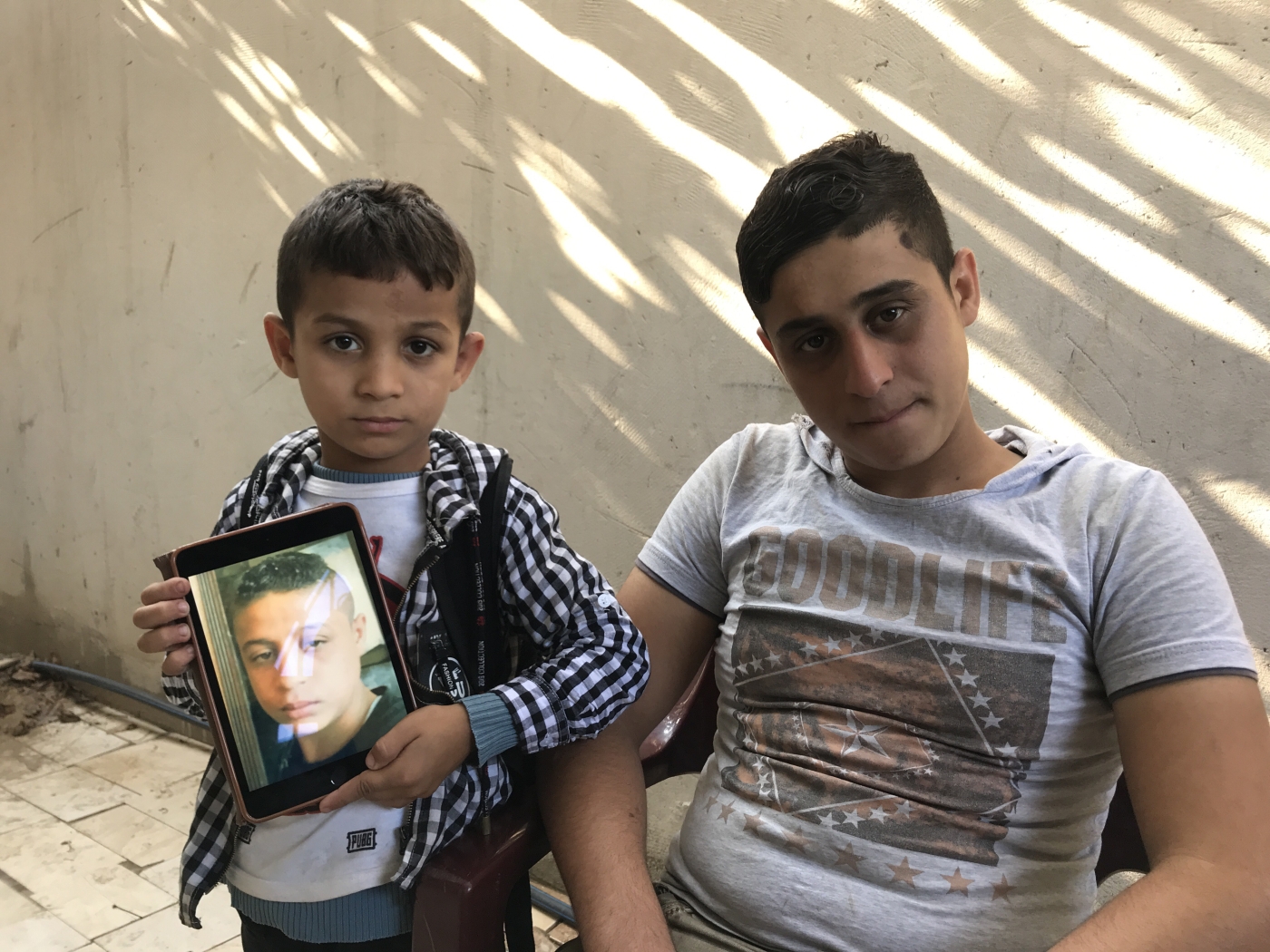 Wearing a black dress, Um Jawad sat cross-legged on a mattress in her house, overlooking the fence that separates Gaza from Israel.

Quietly, she has been receiving condolences from her neighbours and friends, 15 months after the death of her 14-year-old son Othman Hilles.

To receive condolences this long after a loved one's death is unusual. In Gaza, mourners usually gather for three days following a death.

At first, Um Jawad did the same after her son was shot by an Israeli sniper during a peaceful protest on 13 July 2018. But after an investigation into the killing, her grief was renewed earlier this week following the announcement that the Israeli soldier responsible for the shooting was sentenced to just one month of community service inside his military base.

'I have lost the most precious part of my body. He was my soul'

"I have lost the most precious part of my body," she told Middle East Eye while weeping, surrounded by relatives and friends. "He was my soul."

Hilles was one of thousands of peaceful protesters who flocked to the eastern fence of the Gaza Strip on the day he died, part of the Great March of Return protest movement that has seen weekly demonstrations.

The protesters have demanded an immediate end to the crippling 12-year-old Israeli siege imposed on the coastal enclave, and the return of Palestinian refugees to the homes they and their relatives were expelled from during the creation of Israel in 1948.

On that June day, Hilles approached the fence separating Gaza from Israel, as many had done before him. Despite being unarmed, without even a stone in his hands, the teen was shot in the chest.

Hilles clearly did not pose any danger to any of the Israeli troops who were hiding behind sand barricades at a distance of about 150 metres behind the fence.

Bullet in the chest

The difference with the Hilles case is that an activist filmed the moment the 14-year-old was shot in the chest and fell to the ground, and the footage was posted online.

With world leaders and human right activists watching the video, a global call for probing the unjustified shooting of the unarmed boy emerged. For the teen's family, the killing was agony.

"I was sitting at the eastern highway, near my house, with my relatives, when an ambulance passed at a very high speed," his 43-year-old father Rami told MEE.

"I told my relatives it seems that a protester must have been fatally wounded," he added. "Just 15 minutes later, I received a phone call from a friend at the hospital saying that Othman was wounded and pronounced dead. I was shocked, as he had left the house less than an hour before he was killed."

Many rights groups along with the United Nations have lambasted the Israeli military for using lethal force in dealing with the weekly protests.

"For my sons, participation in the Great March of Return protests is inevitable because we live near the eastern fence where the protesters gather every Friday," the father said. "I worry that I will hear bad news about another one of them."

Among five brothers and one sister, Othman excelled at school, particularly in mathematics. He aspired to one day become a maths teacher at the Hitteen School, where he had his primary education.

"He hoped to become a teacher for two reasons," his mother said. "The first, as he told me, in order to teach young children how to be good people. While the second, he said, in order to get money and build a large house and buy beautiful clothes for me and for his sister."

These dreams were lost the moment Um Jawad heard the news of his death. At first, she was told he was wounded.

"My brother-in-law told me that Othman was wounded and he was OK," she told MEE. "However, when I reached the hospital, I heard people saying there is a child martyr named Othman Hilles. Then, I fainted. "I woke up and screamed and told my relatives that I wanted to see him inside the morgue. They refused, but then they agreed. When I saw him, I fainted again. I woke up at my home."

She continued: "I woke up and saw a lot of women around me, crying. I asked them to take me back to the morgue in order to remain beside my son. I told them that he was alive and that he hadn't been killed.

"I begged them and told them: 'He is alone at the morgue, and he is scared of being alone. I want to go there and stay beside him. He cannot stay alone as he is a little boy'."

Lama, 11, is Othman's only sister, and she is devastated about the loss of her brother who used to raise birds and sell them to buy chocolate and toys for her.

"Why did they kill him?" she asked. "He was a little boy, and he was unarmed and did not hurt them."

Lama told MEE that she was unable to say goodbye to him when he was taken to be buried.

"I still cannot believe he has died," she said. "I always see him with us inside the house, and I am still dreaming that he one day will come, open the door and say: 'Assalamu alaykum, I am here with you'."

According to the Al-Mezan Centre for Human Rights, 46 children, two women, nine disabled individuals, two paramedics and two journalists were among the Palestinian fatalities that have blighted the protests.

However, Sarit Michaeli, international advocacy officer for the Israeli human rights group B'Tselem, said on Twitter that the Israeli military police have investigated only 13 cases of killings on the Gaza fence.

"But these investigations focus only on forces on the ground, not on decision-makers who dictated an illegal and shameful open fire policy," Michaeli said.

'The sentence did not bring joy for me and for my family. It only renewed our grief'

Hillel's father told MEE that he was not shocked with the very light sentence given to the Israeli soldier who killed his son.

"The Israeli occupation soldiers have been massacring us for more than 70 years," he said.

"The sentence did not bring joy for me and for my family," he added. "It only renewed our grief."

When Hillel's grandmother was told of the sentence, she wept as if she had only just heard about his death.

"Friends and relatives approached our house to offer their condolences again," he said. "I wish that there had been no trial and no conviction."

Israel has occasionally tried soldiers who have killed Palestinians; though rights groups say the process is heavily biased towards the Israelis" favour and little more than a sham.

"These are mock trials," Ramy Abdu, chairman of the Euro-Med Monitor for Human Rights, told MEE. "Such trials reflect the real image about how Israel underestimates the Palestinian blood."

Abdu said the unnamed Israeli sniper who killed Hillel was not convicted over the killing, but rather over a violation of Israel's rules of engagement that could lead to a threat to life and health. Will Israel's next government take a new approach on Gaza?
Read More »

"The soldier had recognised killing the Palestinian boy, but the Israeli military did not recognise it, and this means that there is no intention to stop the violence against the peaceful protesters," he said.

B'Tselem's Michaeli said: "For the record, even in the extremely rare cases when Israeli soldiers are actually convicted of deliberately killing Palestinians, they can expect a puny sentence of around nine months for manslaughter."

Othman's father told MEE he was afraid that his four other sons and only daughter might face the same fate as their brother due to the fact that they live near the fence.

"We live under a brutal occupation, which does not respect any laws or conventions," he said.

"We are expecting more violations and killings against us, but what can we do? Where can we go to protect ourselves? World leaders must feel our pain and put pressure on Israel to stop it." 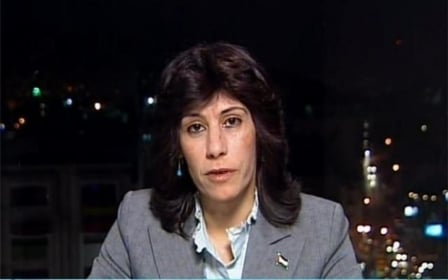 Food & Drink
In pictures: It's crab season in Gaza