Meanwhile, at least 23 civilians have reportedly been killed by Turkish forces, according to the Syrian Observatory for Human Rights 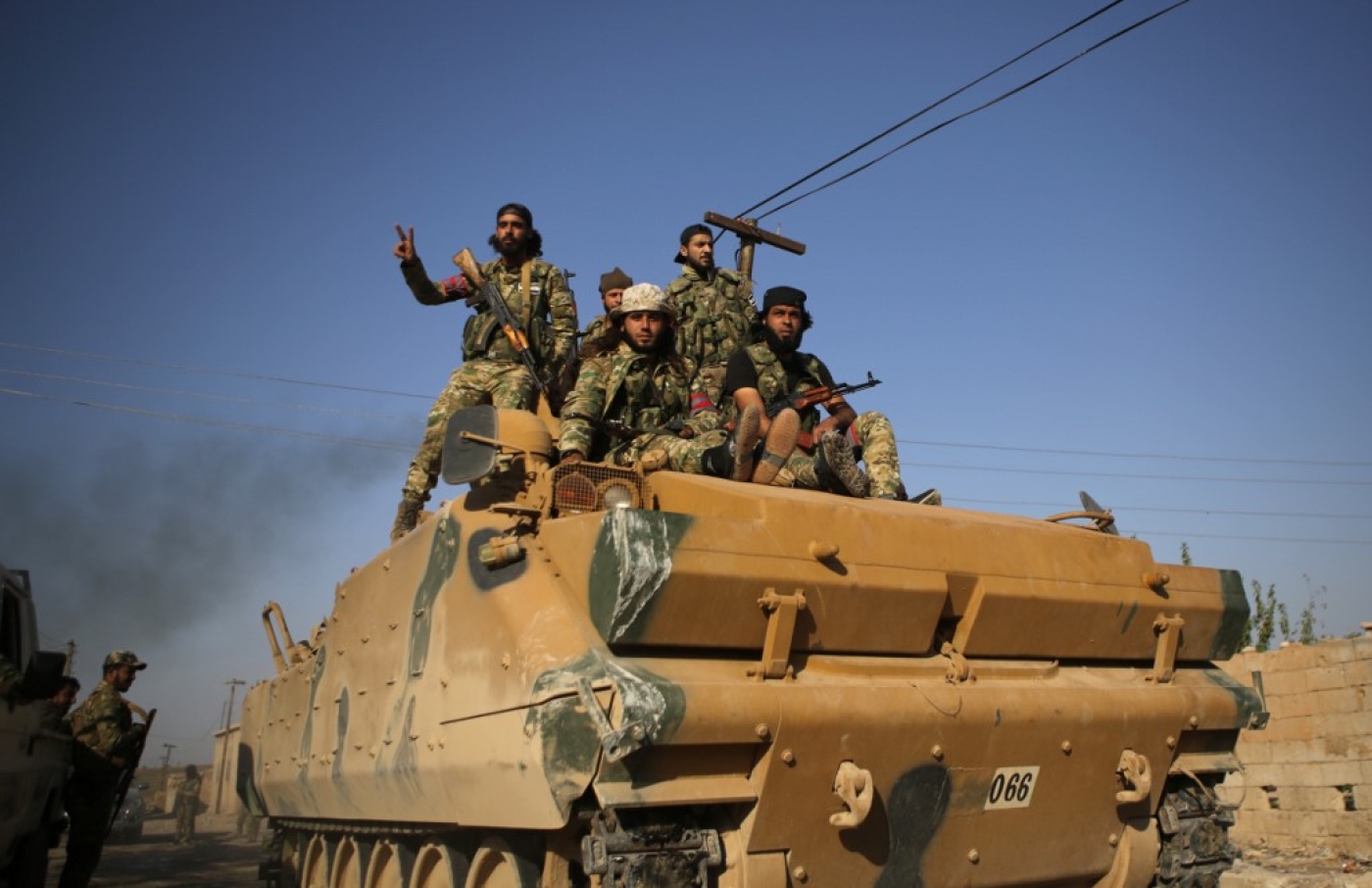 At least 23 civilians were killed on Sunday in fighting in northern Syria, where Turkey has been carrying out an offensive since Wednesday, a war monitor said - as reports emerged of hundreds of individuals affiliated to the Islamic State (IS) group escaping from a Kurdish detention camp.

Also, the American military was unable to carry out a plan to transfer about five dozen “high value” IS detainees out of Kurdish-run wartime prisons before the Pentagon decided to move its forces out of northern Syria and pave the way for the Turkish-led invasion, two American officials told the New York Times.

Hundreds of other IS sympathizers escaped from a low-security detention camp in the region, taking advantage of the chaos caused by the Turkish ground invasion and the accompanying strikes.

The Turkish offensive against Kurdish-led forces gained ground on its fifth day, shortly after US President Donald Trump announced he would remove US troops from areas near the Turkish border - effectively abandoning its erstwhile Kurdish allies in the fight against IS.

The Kurdish-led administration in northeastern Syria said 785 foreigners affiliated with IS managed to escape a detention camp following Turkish shelling.

In an apparent reference to Turkish-backed Syrian rebels, the administration said in a statement that "mercenaries" had attacked the Ain Issa camp, after which "Daesh elements" - an Arabic term for IS - in turn, attacked camp guards and opened the gates.

An official with the Kurdish-led Syrian Democratic Forces (SDF) told Reuters earlier on Sunday that their security forces did not have enough guards for the Ain Issa camp, which holds families of IS militants.

Already weakened by the redeployment of forces to the front lines with Turkey, the guard at Ain Issa was further depleted on Sunday when Turkish shells crashed nearby, prompting some of the remaining personnel to flee, SDF official Marvan Qamishlo said.

"The guarding is very weak now," he told Reuters, saying that there were now only 60 to 70 security personnel at the camp compared to the usual 700.

The camp holds some 12,000 displaced people, including some relatives of IS militants, and ideally would require 1,500 guards, Qamishlo said. "We don't have this sufficient number."

Advances by Turkish forces and their Syrian rebel allies had compounded the concerns of security personnel in the camp, giving rise to fears the site could be encircled, Qamishlo said.

"What is a security person going to do? They are not special forces or SDF."

Save the Children said on Sunday it was deeply concerned by reports that hundreds of women and children linked to IS had fled in terror from Ain Issa.

The rights group said the annex of the Ain Issa camp had been home to 249 women and 700 children connected to IS and warned of a "danger that children of foreign nationals could now be lost in the chaos".

Reports suggest the annex is now empty of foreign women and "foreign masked men on motorbikes are circling the camp", Save the Children said in a statement.

Later on Sunday, the Observatory said a Turkish air strike in the Syrian town of Ras al-Ain killed nine people, including five civilians.

Observatory Director Rami Abdulrahman said the strike had hit a gathering of civilians who had come to Ras al-Ain from the city of Qamishli to show support, as the town is targeted by Turkish forces attacking Kurdish-led forces in northern Syria.

An official in the SDF said a "civilian convoy" had been attacked, Reuters news agency reported. 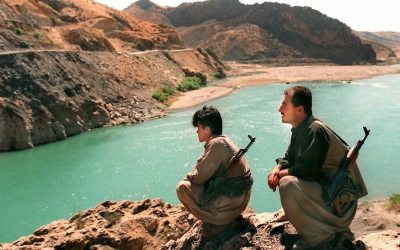 'No friends but the mountains': History repeats itself with latest US betrayal of Kurds
Read More »

Meanwhile, the Kurdish-led SDF said 31 of its fighters had been killed since Saturday fighting against Turkish forces - increasing the SDF's official death toll to 76 since the beginning of the Turkish offensive.

The SDF coalition was formed with US assistance in 2015 with Arab, Turkmen and other ethnic groups in northern Syria. The group has been a key fighter against IS and an ally of Kurdish forces in the current war.

The move, which was preceded by US President Donald Trump's withdrawal of US troops from the area, has provoked outrage from some observers who fear a massacre will be carried out against Kurds in northern Syria.

The Turkish and Kurdish sides have issued contradictory statements about captured territory in northern Syria.

On Sunday, Turkish President Recep Tayyip Erdogan said that Turkey's military and its Syrian rebel allies have advanced 30-35 km into Syrian territory in their offensive against Kurdish-led militia and have already seized control of the town of Ras al-Ain, a focal point of the incursion.

Speaking at a news conference in Istanbul, Erdogan said the Turkish-led forces had also besieged the Syrian border town of Tal Abyad, another focal point for the operation. He said two Turkish soldiers and 16 Turkey-backed Syrian rebels had been killed in the operation.

"We focused first on the 120km area between Ras al-Ain and Tal Abyad. Thus we will divide the 480km terrorist corridor down the middle," Erdogan said.

"Then we will take control of Hasakah on the one side and Ain al-Arab (Kobane) on the other and complete the operation," he said, referring to towns either side of the current focus of operations. "We will go down to a depth of around 30-35 km, in line with the safe zone map which we declared previously."

A Kurdish spokesperson, however, denied on Saturday the earlier Turkish claims that Ras al-Ain had been captured, saying Kurdish fighters were "still resisting".

He added that Turkish-led forces had killed 440 fighters from the Kurdish-led SDF, in which the YPG comprises the main fighting element.

A Reuters witness said the Turkish army and its allies advanced into the centre of Tal Abyad on Sunday where the situation was calm and they were conducting search operations.

The Syrian Observatory for Human Rights also said Turkey and its allies were almost in complete control of the town.

Meanwhile, the Turkish Defence Ministry also announced that Turkey has taken control of the crucial M4 highway that connects Manbij to Hasakah, effectively cutting off the main road to the city of Kobane where US troops are based.

The road, which runs east and west through northern Syria, is seen as a vital transport link for the YPG, which controls much of the region.

Losing the road is expected to hamper the YPG's resupply and reinforcement efforts. 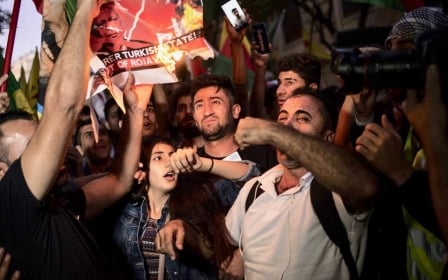 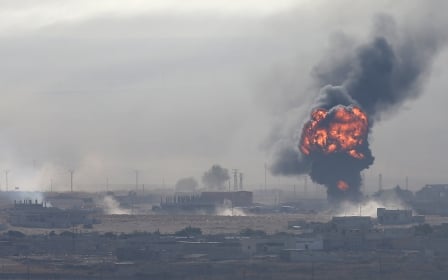