As 2018 draws to a close, Middle East Eye's staff choose the articles that defined the year for them 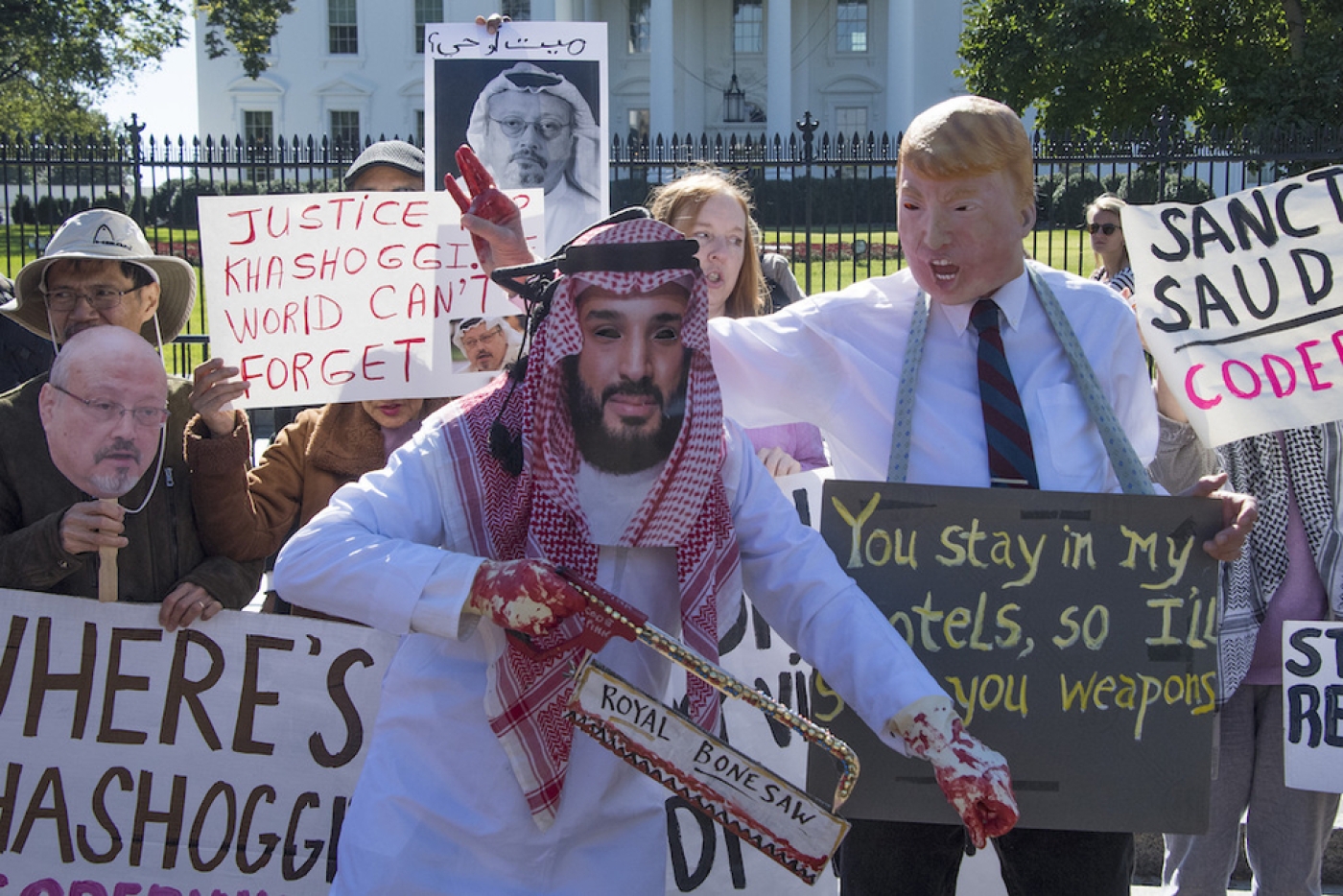 2018 was, as usual, a momentous and fractious year for the Middle East. With regards to continuity, the wars in Yemen and Syria continued to rage, Gaza remained besieged and Libya's warring factions continued to wage war.

But there were also major developments. The murder of journalist Jamal Khashoggi in the Saudi consulate in Istanbul turned the world's eyes onto Saudi Arabia and the increasingly authoritarian behaviour of its ruler Mohammed bin Salman.

The opening of the US embassy in Jerusalem in May outraged the international community and saw dozens of Palestinians shot dead on the same day. In August the US withdrew all funding for the UN refugee agency for Palestinian refugees, even as Benjamin Netanyahu's Israel made diplomatic ties with Gulf Arab neighbours more public than ever before.

Donald Trump announced the "defeat" of the Islamic State group in Syria - following on from a similar announcement by Iraq - and at the tailend of 2018 ordered US troops to begin withdrawing.

Middle East Eye was on the ground as a witness to all these events and tried to keep up with each happening as it happened, as well as casting an eye on the day to day lives of the ordinary residents of the region, away from the big politics and brutal violence that so often dominates the coverage of the Middle East.

To round out the year, Middle East Eye's staff have chosen their favourite content published in 2018:

Why I tried to set myself on fire: The desperation of an UNRWA worker 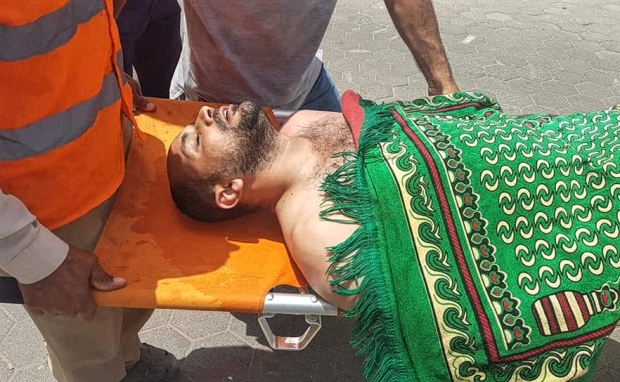 "I felt I had no future...Around me, hundreds of people protested the job cuts. I don't know what to do now. I cannot see a future."

My favourite piece of 2018 was Nidal Wishah's op-ed, explaining why he tried to set himself on fire after he lost his job with UNRWA following the US funding cuts. Mohammed Bouazizi, of course, has become a household name since he immolated himself in Tunisia, setting off the Arab uprisings. But Wishah's piece - so honest and so personal - was a reminder that seven years later, power politics have left the region ripe for wildfire.

Mohamed Salah: How the 'Egyptian King' rules from the Nile to the Mersey

by Osha Mahmoud and Islam Zitout 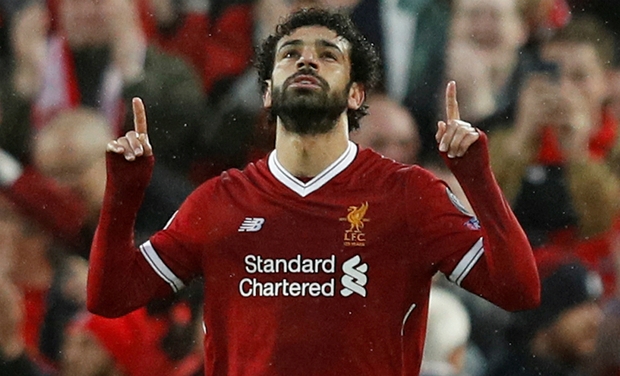 In Egypt, he is a national hero known as the "Fourth Pyramid". In Liverpool, football fans now simply call him the "Egyptian King".

For the first half of 2018, Mohamed Salah was probably the most exciting footballer in the world. MEE had already covered how the Egyptian had become a national hero - a “fourth pyramid” - after his nerveless last-minute penalty against Congo had propelled his country to the World Cup finals. When Liverpool reached the Champions League final, we set our video team the challenge of capturing Salah’s impact on a city famed for its football, its independent identity and its openness to the world.

This film captures the high watermark of Salah’s year - before Sergio Ramos got hold of him. But with Salah once again scoring goals, and Liverpool’s emergence as a Premier League contender, this is a portrait of an enduring relationship between player, club and city. 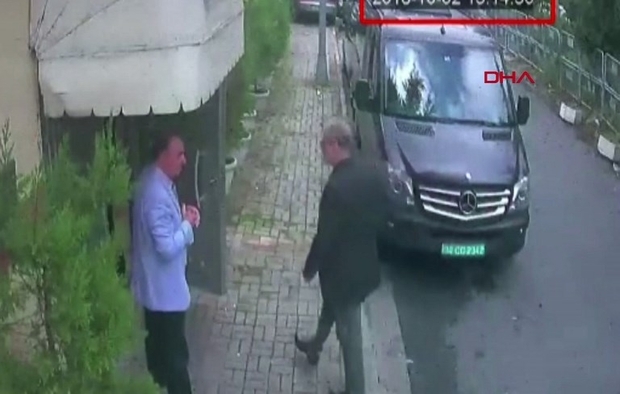 "We know when Jamal was killed, in which room he was killed and where the body was taken to be dismembered. If the forensic team are allowed in, they know exactly where to go"

This was an important story, because it was the first report that explained exactly where Jamal Khashoggi was when he was attacked, where he was murdered, and how his murderers disposed of his body: all later confirmed as correct.

When Yara met Fadi: The story of a Syrian wedding dress under Gaza rubble 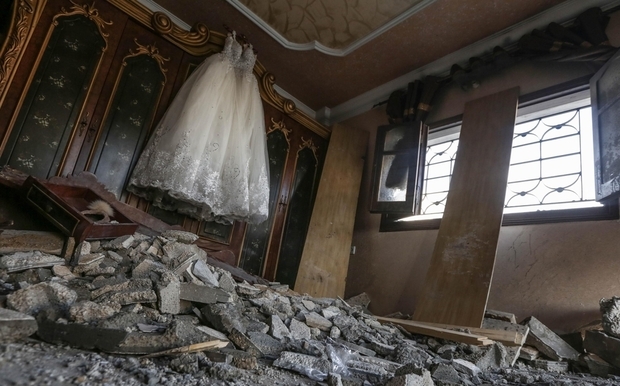 "Those who heard our story laughed, they made fun of how a girl from war-torn Syria would want to marry a man from devastated Gaza."

In a year filled with heavy news coming from Gaza, this story by Maha Hussaini was a breath of fresh air, as a photo of a wedding dress hanging in a damaged building unexpectedly revealed the tale of a whirlwind romance between a girl from Syria and a boy from Gaza. While human stories of love and community overcoming adversity - especially during wartime - are too often missing in coverage of the region, they are all the more important in humanising conflict and challenging mainstream narratives of overwhelming, hopeless devastation.

Cannes 2018: Reclaiming the Arab narrative one film at a time 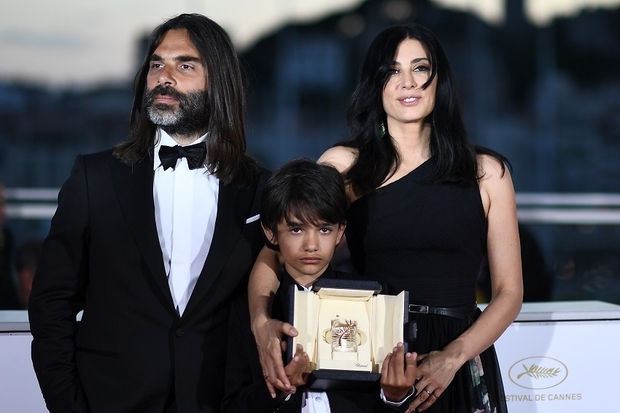 Cannes, many observed, was gunning for relevancy, not only in the geographical diversity of its selection, but by also including various newcomers. It was inevitable that the Middle East would figure heavily in this year’s edition, after securing prized slots in the competition and informing various European productions.

MEE was the first English outlet to cover a huge festival like Cannes with a focus on Middle Eastern films, which did very well at Cannes and won awards including for Lebanese director Nadine Labaki and Iranian filmmaker Jafar Panahi (pictured).

Inside Foua: A Shia town in the eye of the Syrian storm 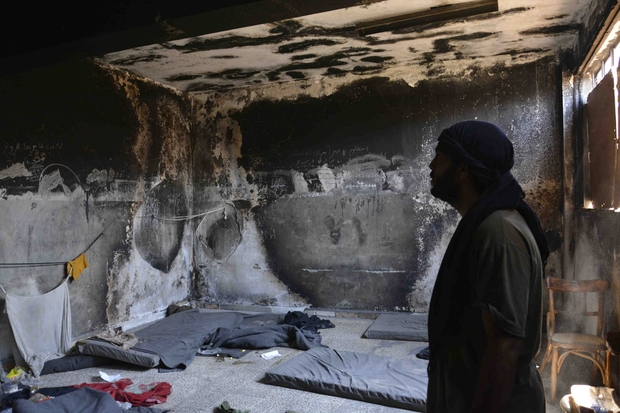 Before the Syrian war, the fields around the northern town of Foua were renowned for their fig and olive trees. Abandoned, they are now parched, and anything that once grew there has withered and yellowed under the summer sun.

I’m in awe of the many journalists who write for Middle East Eye from some of the most dangerous places in the world. Sometimes, particularly in Yemen, our correspondents have to work anonymously or under pseudonyms for security reasons.

This piece from Syria’s Idlib province by Harun al-Aswad is typical of the unique insight that these correspondents can bring from such places. Foua and its sister town Kefraya have had an outsized influence on the Syrian conflict. The two majority-Shia towns were besieged for years by rebel groups and became a rallying cry for supporters of President Bashar al-Assad. Here, Harun visits Foua after its residents have been evacuated and finds a place haunted by sectarianism and memories of besiegement.

Ramadan in Jerusalem's Old City: The heat, the prayers, the food 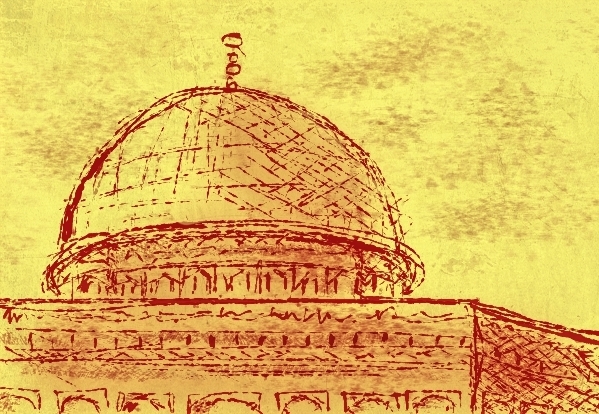 The separation wall cuts off the West Bank from the al-Aqsa mosque for much of the year. But come Ramadan, Muslim women, men aged over 50 and fortunate permit holders cherish the opportunity to pray inside the mosque. Afterwards, some mingle in its ancient courtyards while others offer extra worship.

Kaamil's piece shows a different side to Jerusalem as Palestinians recount the heat, prayers, and food of Ramadan. The audio, recorded during a tense time in the city, is a series of interviews recorded on the cobbled steps of the Al-Aqsa mosque, from a wide array of individuals who've come to celebrate the holy month - from the Palestinians who smuggled themselves from the West Bank to pray in Al Aqsa to the Eritrean man training to be an imam.  Close your eyes and embrace the love and warmth of Jerusalem as Muslims from around the world recount Ramadan in the holy land. 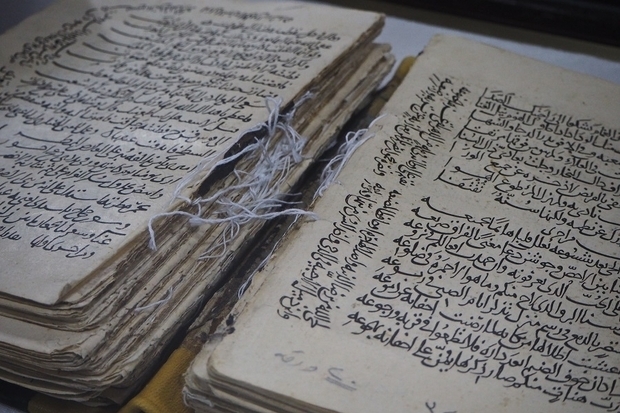 "When the Mongols came here in 1258, they burned the libraries and threw so many books into the River Tigris that the water ran black from the ink"

A beautiful testament from Tom Westcott to the survival of an Iraqi library that houses ancient Qurans and works of literature through all the many catastrophes that have befallen Iraq over the centuries and in recent wars.

Islamic State in Libya: Fighters are regrouping in the lawless desert 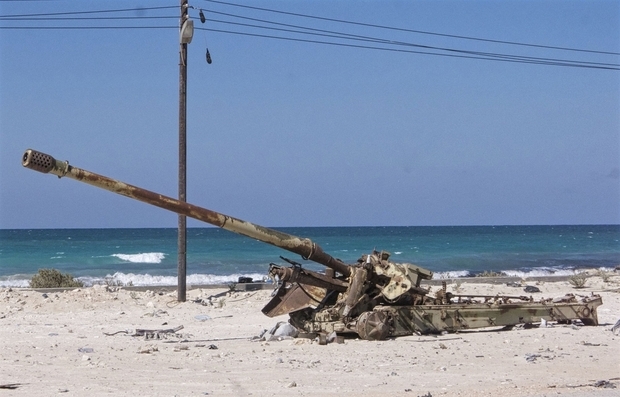 This on the ground report shed light on a murky situation and managed to tie a number of different strands together.

Engraved in the flesh: Desperate Yemenis resort to branding for traumatised children 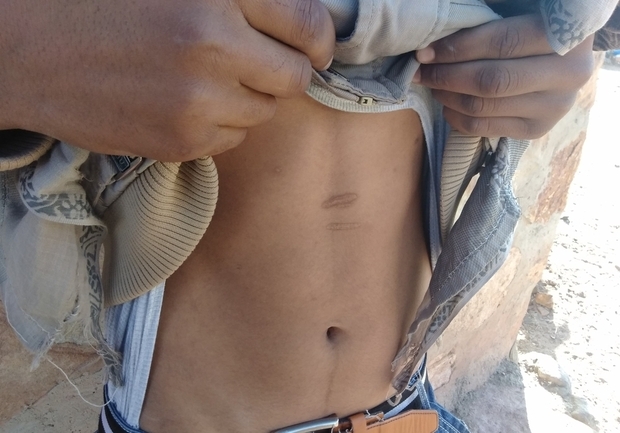 "The old woman heated up a piece of iron until it became red, and then she put it on the belly of my daughter. Hana cried and I felt sinful."

Although there are regular news updates about the sheer scale of the destruction and suffering caused by the war in Yemen, statistics and warnings by UN bodies rarely illustrate the real impact as well as stories detailing how the conflict has derailed the lives of individuals and families.

This report of people resorting to burning their flesh and the flesh of their children as a folk cure, as a result of the destruction of the country's hospital infrastructure, was one of the most shocking. The fact that the reporter had to anonymise themself due to threats from armed factions also highlights the risks that journalists, particularly Yemeni journalists, take to bring this information to the world.

by David Hearst and Peter Oborne 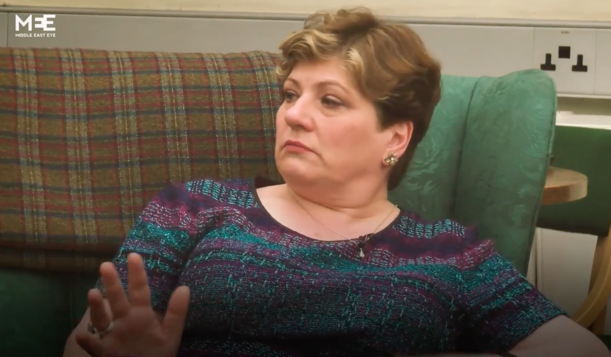 "And it seems to me that there is perfectly clear prime facie that our arms are being used in Yemen to kill civilians. And therefore I don’t think we should be selling arms to Saudi Arabia in current circumstances. We should not be selling arms until there is a proper international independent investigation into what has happened, looking at both sides, but on the face of it the Saudis are bombing agricultural lands, schools, weddings, funerals"

A well presented and laid out piece providing a great insight of how things might have unfolded in the Middle East had Labour won the last election. 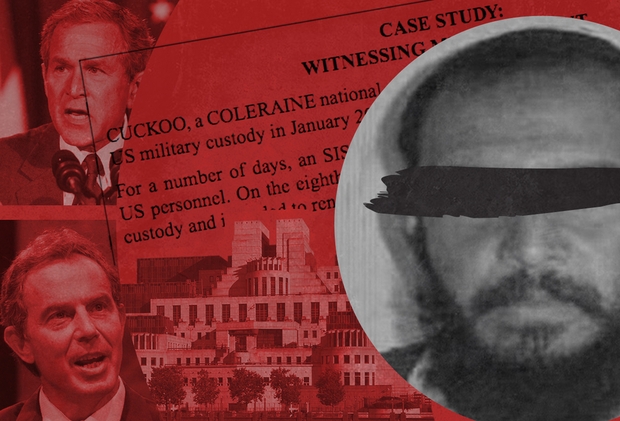 Under torture, Libi told his Egyptian interrogators that there were links between al-Qaeda and Iraqi President Saddam Hussein’s nuclear weapons programme

My pick for 2018 would be an article by Ian Cobain, author of The History Thieves, on the torture of Ibn al-Sheikh al-Libi by CIA officers. It is a fascinating story about the dirty lies, secrets and propaganda that preceded the war on Iraq in 2003.

British intelligence saw al-Libi being sealed into a coffin at a US-run prison in Afghanistan and flown to Egypt to be interrogated. MI6 fed questions to the interrogators of al-Libi, who told them under torture about links between al-Qaeda and Saddam Hussien's nuclear weapons programme. Libi's confessions proved to be a big catch, and it was used by British ministers to justify the US-led invasion of Iraq. 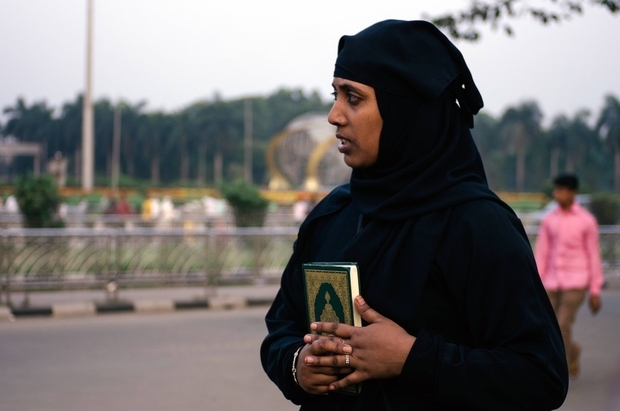 "They tried to burn me. Not once, but twice. If I knew this would happen, I would never have gone.”

A heartbreakingly honest account into the realities of female domestic workers who have fled Saudi Arabia. While it is understandably a difficult read due to the extent of the suffering that is recounted, it is also an incredibly important read. 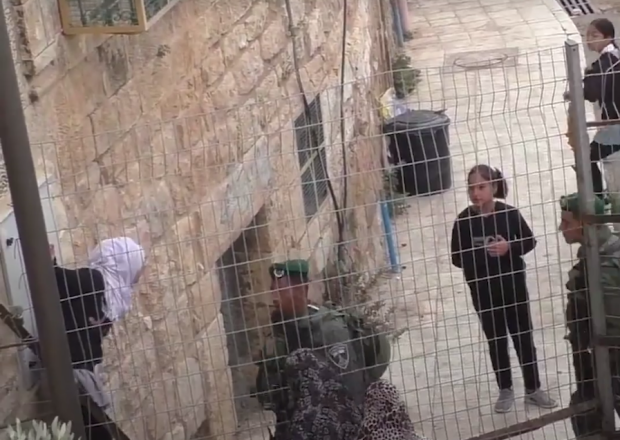 This was the most successful video for MEE this year, amounting to 4.7 million views so far, and it is a powerful insight to the daily life and struggle of Palestinian children.

Playing with fire: Britain and its craven support for Saudi's bin Salman 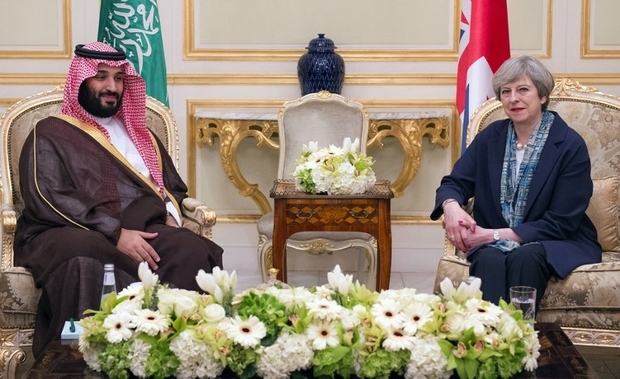 I don’t know which is worse: the MBS roadshow or the band of carpet baggers queueing up to feed at the trough.

Not only did this piece do pretty well in terms of shares, but it also features a pretty cool illustration by Aaya al-Samahi. I definitely think it should get some attention.

How Khashoggi case brings back bad memories for Libyan exiles 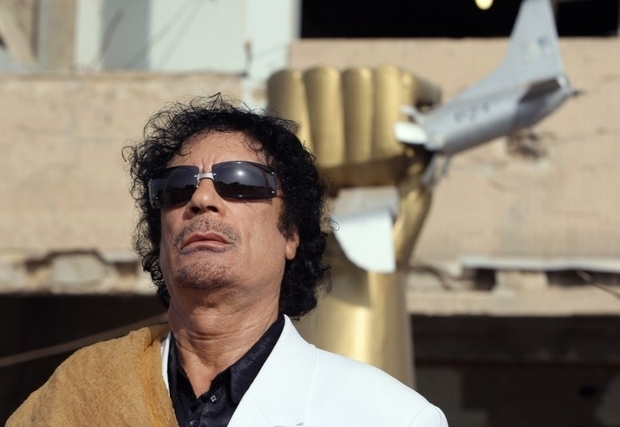 In 1980, Gaddafi’s then-deputy Abdel Salam Jalloud appeared to justify the so-called "stray dogs" policy of assassinating exiled dissidents, telling an Italian newspaper: “Many people who fled abroad took with them goods belonging to the Libyan people. Now they are putting their illicit gains at the disposal of the opposition led by [then-Egyptian leader] Sadat, world imperialism, and Israel”

I thought this was a really interesting link between Khashoggi and Libya. This piece offered a unique insight into the fears provoked by the Jamal Khashoggi murder through the interesting perspective of Libyan exiles.

Is the fashion world having a modest moment - or cashing in on Muslim women? 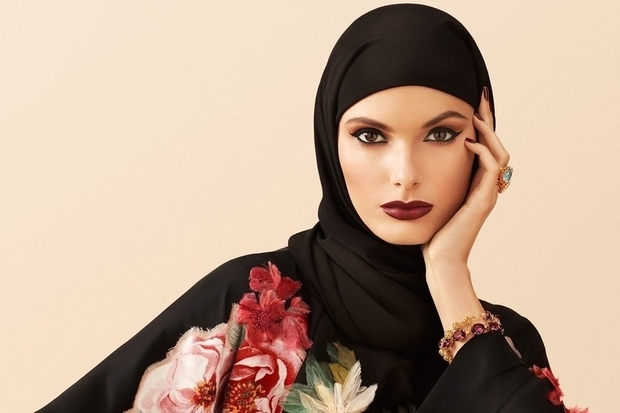 Even though modest clothing has not been a feature of the mainstream fashion industry or of advertising campaigns, Muslims have huge spending power when it comes to clothing.

A very timely piece looking into a topic that is not often covered, it gave an important insight into the expanding world of Muslim fashion.