Eastern Sudan rocked by protests and calls for independence 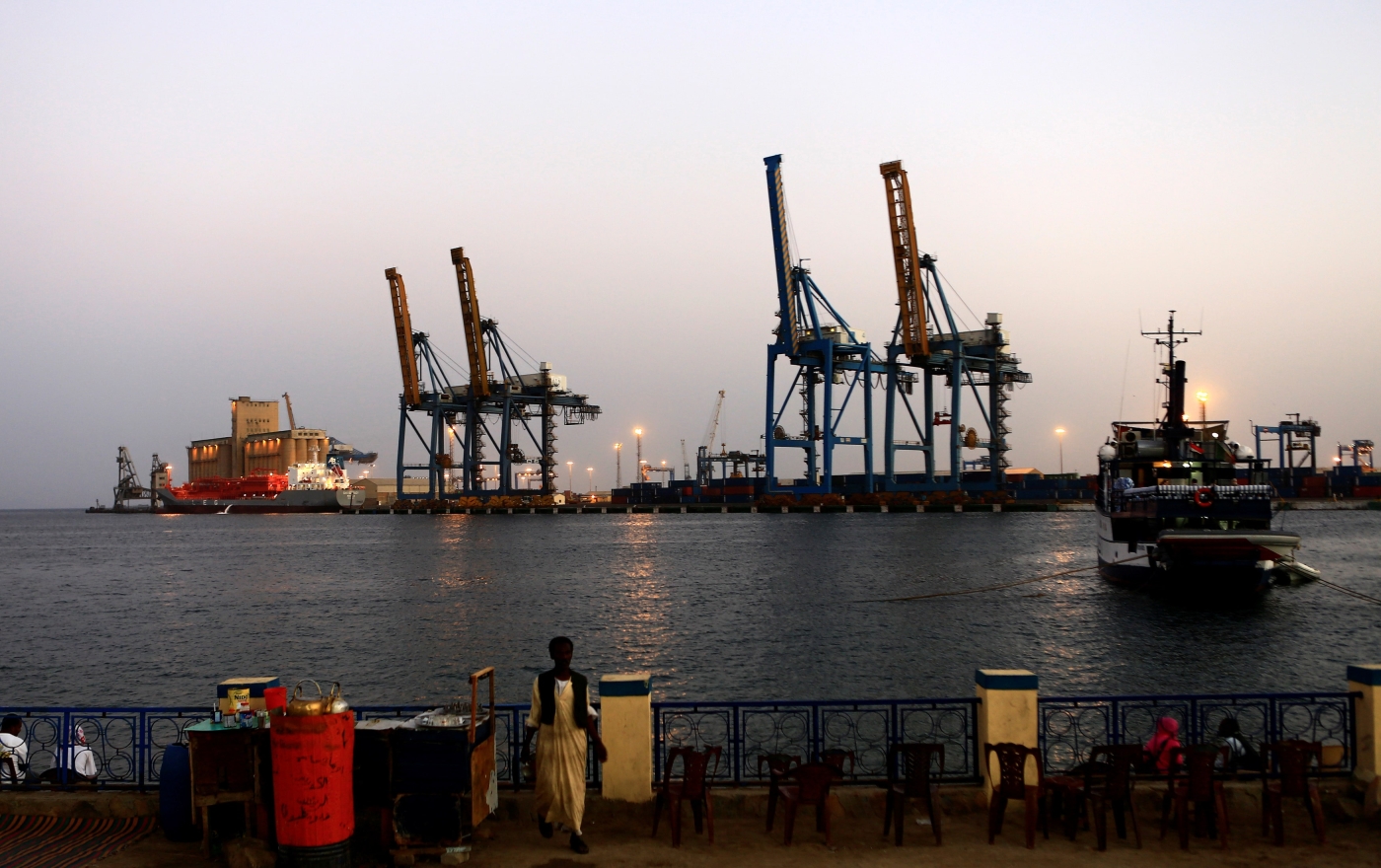 Eastern Sudan has been rocked by widespread protests over recent days, with demonstrators disrupting the country's largest port, threatening to cut off oil supplies and calling for independence from Khartoum.

Operations in Port Sudan resumed on Wednesday after negotiations between striking workers and the Khartoum government, sources from both sides told Middle East Eye.

However, fury remains, as protesters continue to voice their anger at a peace deal between the government and eastern rebels.

On Saturday, the transitional Khartoum government signed a conflict-resolution agreement with the Sudanese Revolutionary Front (SRF), an alliance of several current and former rebel groups from the Darfur region, and the southern states of Blue Nile and South Kordofan.

Sudan's military commander and the leader of the notorious Rapid Support Forces paramilitary group, Mohamed Hamdan Dagalo, better know as Hemeti, signed the deal on behalf of the Sudanese government.

The peace agreement, signed in the South Sudan capital Juba, included five tracks aimed at putting an end to decades of war that have cost hundreds of thousands of lives.

However, protesters demanded the freezing of the “eastern track” of the deal, which they say has been signed by groups that do not represent the key political forces on the ground. They also called for the independence of eastern Sudan, an unprecedented demand in the history of the country that witnessed the secession of South Sudan less than a decade ago.

Until Tuesday, the protesters had blocked the main ports on the coast, including Port Sudan and Suakin, as well as blocking the main road linking the former with the rest of the country, including the capital Khartoum. They threatened to seize oil pipelines and ports that export the oil from neighboring South Sudan. 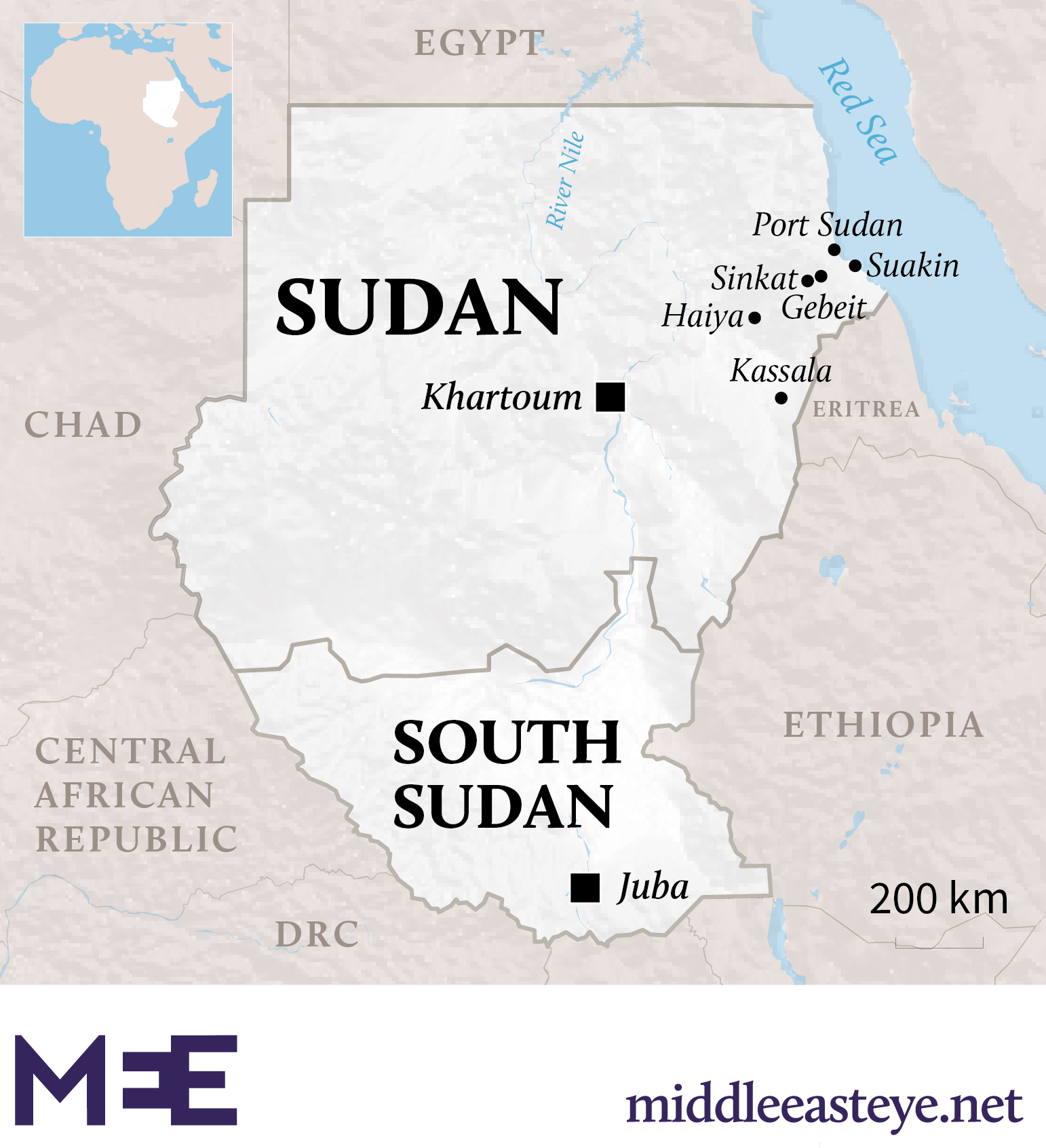 The protesters, however, have not been capable of blocking oil imports from South Sudan, government sources told MEE.

The Red Sea city of Port Sudan, the centre of the protests, is a gateway for some 80 percent of the country’s exports and imports.

Any disruption at its port could have devastating effects on the country’s economy.

Reasons for the protests

Residents of Port Sudan were some of the earliest to join nationwide protests that rocked the country last year, resulting in the ousting of longtime president Omar al-Bashir.

The current unrest started on Sunday, when protesters, including workers from the port and locals affiliated with the indigenous Beja tribes, shut down a number of gates from the southern terminal to condemn what they described as their exclusion from talks that led to the deal. 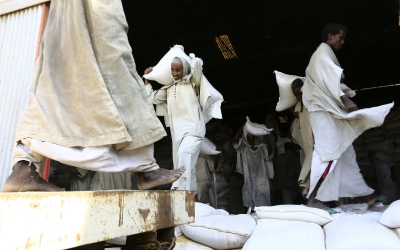 Strikes, protests and a massacre: The port in the Sudanese storm
Read More »

The Beja ethnic minority in 2005 were the victims of what later became known as the Port Sudan Massacre, when Bashir’s security forces killed around 21 of their members and wounded hundreds more during protests in Port Sudan calling for greater allocation of resources to the impoverished east.

The eastern region also witnessed deadly tribal clashes in June 2019 amid a security vacuum that followed the toppling of Bashir.

In addition to tribal and economic grievances at the heart of the conflict, protesters are also driven by fears of foreign intervention by the Arab Gulf backers of the deal.

At the beginning of 2019, reports of a secret deal signed between Bashir’s government and a Philippine company based in Dubai ignited strikes and picketing by the port’s workers, paralysing one of the country’s most crucial economic arteries.

At the time, the Filipino company was believed to be a front for Emirati investors, triggering fears of foreign hegemony over the vital port. However, the protests were successful in suspending the lease agreement.

Eyewitnesses and protesters told MEE that thousands took part in this week's protests in Port Sudan and Suakin, as well as in the smaller towns of Sinkat, Haiya, Dordaib and others.

Mohamed Badri, a 35-year-old protester from Port Sudan, said that the angry protesters were demanding “self-determination”.

“All the roads in Port Sudan are closed,” he said.

“Protesters chanted against the peace deal and also called for the separation and self-determination of the entire eastern Sudan, including Gadarif and Kassala,” he added.

Videos circulated by activists and members of the Beja tribe showed protesters chanting “goodbye Khartoum” and “Beja is a state”.

“We are not against the peace itself, but we want a just peace that addresses the root causes of the marginalisation of our region, lift poverty, provide basic services and development,” Ibrahim Hamid, a 52-year-old protester, told MEE.

“Those people who signed the eastern track are not representing the people of eastern Sudan,” another protester, Mahmoud Adaroab, said.

“They have been chosen by Khartoum in an unfair hijacking of our voice, as they did several times in our history.”

According to multiple sources, the streets and ports of eastern Sudan have experienced relative calm since an agreement reached on Wednesday with the central government to hold a conference with the protest leaders to discuss the peace deal.

Earlier this week, however, one worker in Port Sudan’s southern terminal, Ahmed Abdulsalam, told MEE that protesters used containers to block the gates of the ports, leading to a halt in the port’s operations.

The head of the Maritime Ports Authority Workers Union, Aboudi Al-Shirbini, told MEE on Tuesday that the protesters had closed the entire gates of the southern and northern parts of Port Sudan as well as Suakin, warning that protesters may shut down the port at Bashair, from where the oil coming from South Sudan is exported.

Shirbini accused the United Arab Emirates and Saudi Arabia of brokering the peace deal in Juba, in order to “redesign and dominate the country” by seizing Sudan’s strategic ports.

“The closure of Port Sudan and Suakin will continue until we see any seriousness from the government in freezing the peace agreement,” he said.

Meanwhile, an eyewitness from the town of Haiya, 200km from Port Sudan, said that clashes had erupted between protesters and police, leading to the killing of one police officer and injuries on sides.

The witness, who preferred not to be named for security fears, confirmed that protesters had expelled the police force from the area and seized the office of the Greater Nile oil company in the town.

The deal 'does not represent us'

The secretary general of the Beja tribes, Abdallah Obshar, threatened that the people of eastern Sudan, long “oppressed” by the central government in Khartoum, “will put their hands on the resources of the region by all means”. 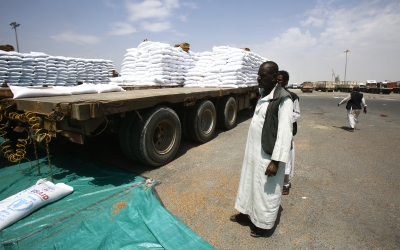 He told MEE that protesters had closed all seaports in the Red Sea region, warning that they would also seek to control the South Sudan oil exported through the port of Bashair, situated just south of Port Sudan.

“The centre is insisting to deal with us the same way it historically did, so we are rejecting the peace deal made in Juba because it doesn’t represent us and we will continue protesting until the government freezes it,” he said.

However, the governor of Kassala state, Salih Amar, believes that the protests are led by associates of the old regime of Bashir.

“The destabilisation and conspiracies in Port Sudan is the same like what is happening in Kassala and other parts of eastern Sudan and in Sudan as whole,” he told MEE.

“The interests of some people have been affected, and they want to maintain them.”

He added that the demands of the protesters related to the peace deal can be discussed only “without blackmailing or preconditions”.

The spokesman of the political ruling coalition of the Forces for Freedom and Change (FFC) in the Red Sea, Amin Sinada, told MEE on Tuesday that the government was holding negotiations with protesters to convince them to reopen roads - especially the one linking Port Sudan with Khartoum - and to end the closure of ports.

'The competition between regional players, especially Gulf countries and the international players behind them, is an important factor in all these negative political dynamics in eastern Sudan'

“Continuation of the closure will seriously affect the security and economy of the entire country,” he said.

He further noted that they agreed with the tribal administration and other political parties and stakeholders in the region to hold a comprehensive dialogue on the eastern track.

“We have to stress that everyone has a right to freedom of expression, but we also urged our people to refrain from any escalation and allow the flow of the goods between Port Sudan and other states,” he said.

Abu Bakr Bakhit, a political analyst and professor at the Red Sea University, argued that the escalation in eastern Sudan could be attributed to its historical marginalisation that has contributed to its poverty and underdevelopment.

Consecutive governments, especially the Bashir regime, have ruled the region through tribal administrations controlled by the central government, leading to tribal clashes and conflict of interests following Bashir’s departure.

Bakhit pointed out that regional and international competition over African coasts and ports, and especially on the Red Sea and Horn of Africa, was also fueling the conflicts in eastern Sudan.

“The competition between regional players, especially Gulf countries and the international players behind them, is an important factor in all these negative political dynamics in eastern Sudan,” he said.

The competition, he argued, had intensified after the rift between Saudi Arabia and the UAE on one side, and Qatar on the other. It could also involve rivalry between the United States and China, he added.

“All these forces want to take advantage of the political, security and economic fragility of Sudan during the transitional period to gain a foothold in Sudanese coasts.” 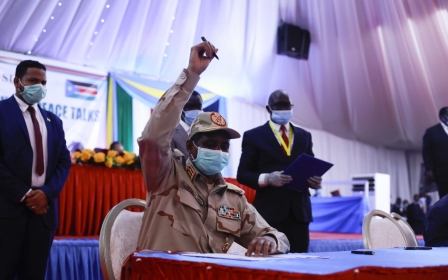 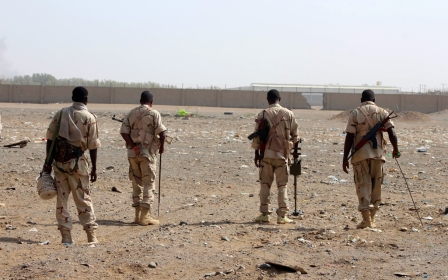 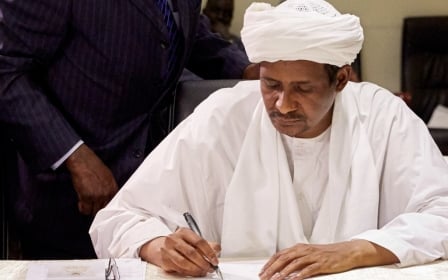