Poland's outgoing government had pledged to take in some 10,000 people Poland will not take in refugees under a hotly contested EU programme to distribute them among member states because of the Paris attacks, the country's incoming European affairs minister said on Saturday.

"The European Council's decisions, which we criticised, on the relocation of refugees and immigrants to all EU countries are part of European law," Konrad Szymanski wrote on right-leaning website wPolityce.pl.

But "after the tragic events of Paris we do not see the political possibility of respecting them," he said.

"Poland must retain complete control of its borders, as well as its asylum and migration policy," Szymanski insisted.

Szymanski, who is to take the European affairs portfolio in conservative Prime Minister-designate Beata Szydlo's new government, said Friday's attacks in Paris were "directly" connected both to the migrant crisis as well as French involvement in air strikes on Islamic State positions.

He said Warsaw wanted to see the "revisiting of European policy in response to the migration crisis".

Incoming foreign minister Witold Waszczykowski added his voice to Polish concerns, saying Europe needed to "approach in a different fashion the Muslim community living in Europe which hates this continent and wishes to destroy it".

PAP news agency quoted Waszczykowski as criticising the European Union's attempts to open its door to migrants fleeing the conflict in Syria as "a cul de sac".

Under the EU relocation plan, 160,000 refugees registered in frontline states Greece and Italy are to be relocated around the 28-member bloc.

Many eastern European countries have staunchly resisted taking a share of the burden.

Speaking to reporters as he laid a wreath outside the French embassy in Warsaw for the Paris victims, Szymanski said Poland would only take in immigrants "if we have security guarantees".

Poland, a country of 38 million, has to date taken in some 200 Syrian Christians under the auspices of a private foundation.

The outgoing liberal government had declared readiness to take in more refugees than the 9,287 assigned to it under EU proposals without saying how far it would go beyond that figure.

PiS chairman Jaroslaw Kaczynski has repeatedly voiced opposition to Poland taking in refugees, instead proposing financial aid for the countries they first reach.

Last month, Kaczynski warned refugees migrants could spread diseases such as cholera, dysentery and "all sorts of parasites" which could "endanger local populations". 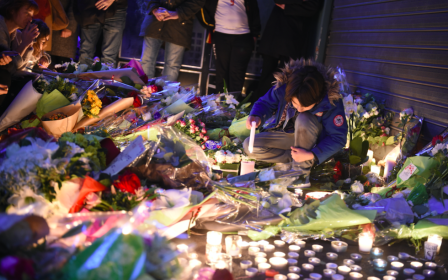