Protests erupt in Sudan as calls mount to 'correct' the revolution 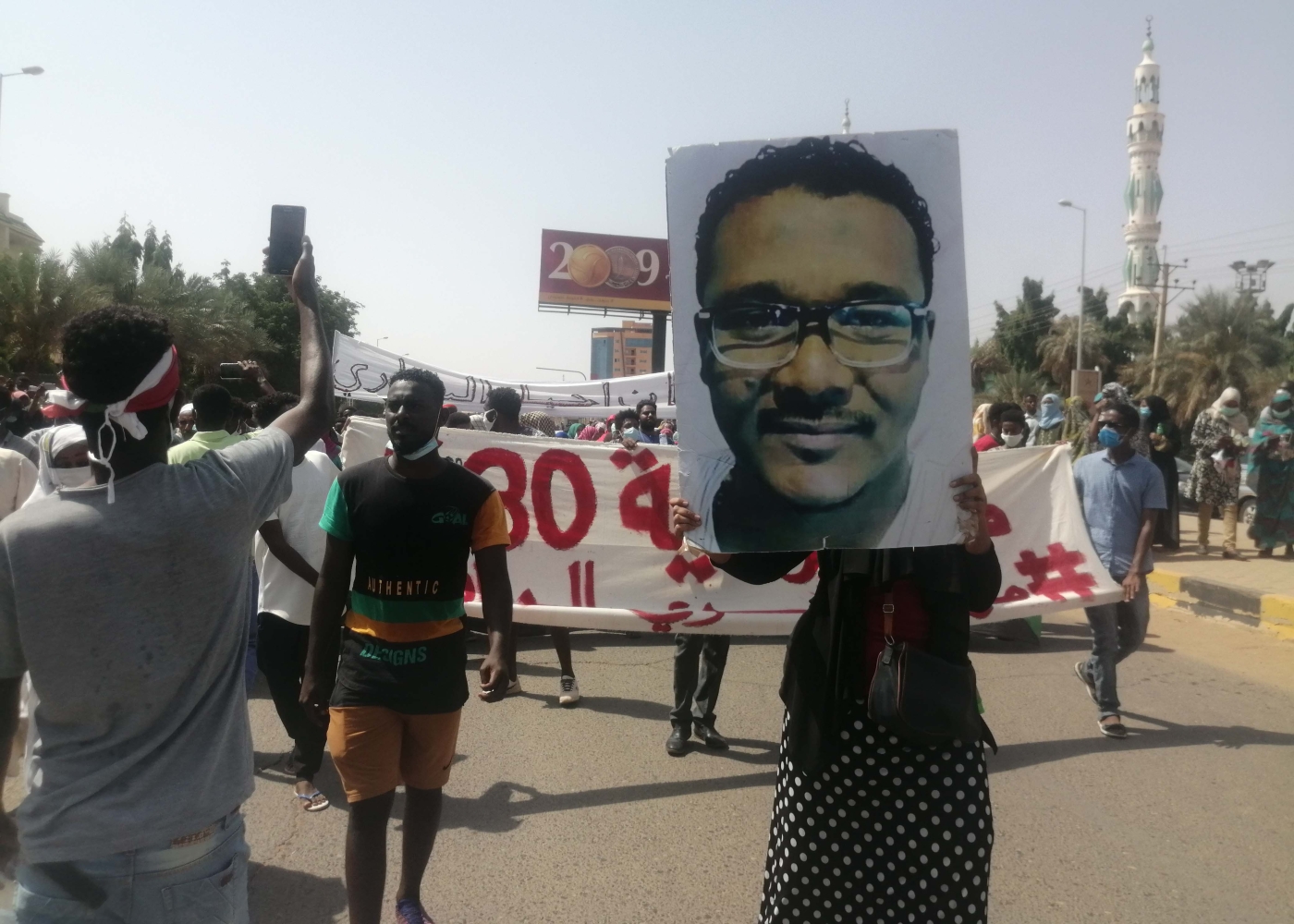 Tens of thousands of Sudanese took to the streets across the country on Tuesday to pressure transitional authorities for greater civilian rule after the overthrow of longtime leader Omar al-Bashir last year.

Protests gripped the capital Khartoum and several other cities and states, as thousands staged a sit-in in the western region of Darfur, calling for former officials to be handed over to the International Criminal Court (ICC) for crimes committed in the war-ravaged region.

'The army is ruling the country, not civilians … we haven't achieved the goals of the revolution and this is why we are protesting again'

One person was killed and several others injured during the largely peaceful demonstrations, a government spokesman told Reuters.

Tuesday's "million-man march" was called by the Sudanese Professionals Association and the so-called Resistance Committees, which were instrumental in the protests against Bashir and the generals who took over power for months after his removal.

The protests coincided with the one-year anniversary of the 30 June 2019 protest, when millions rallied in Khartoum and other states, leading to the Transitional Military Council (TMC) sharing power with civilian political parties.

The majority of Tuesday's protests saw demonstrators call for "path correction" - which demands greater civilian rule and the dismantling of the old regime.

In a letter submitted to Prime Minister Abdalla Hamdok, the protesters demanded justice for those killed at a sit-in on 3 June 2019 in front of the army headquarters in Khartoum.

The protesters also called for the formation of a transitional parliament, the appointment of civilian governors, reform of the security apparatus, restructuring of the army and the dismantling of militias.

Mohamed Elfatih, a leading member of the Sudanese Professionals Association, told Middle East Eye that the protesters' message had reached the transitional government and that they were made aware that the people wouldn't abandon the goals of the revolution.

"We urged the government to immediately form a commission of peace, [the] formation of a parliament, the appointment of civilian rulers, [the] dismissal of the police inspector, the reform of the legal system and the dismantling of the old regime," he said.

'Army is ruling the country, not civilians'

In Burri, a neighbourhood in northern Khartoum, which was one of the flashpoints during the protests against Bashir, Amged Alzain told MEE that the protesters wanted to remove the army's grip on power.

Hamdok governs the country in tandem with the long-dominant military that helped remove Bashir from power. "The army is ruling the country, not civilians. You see that they are leading the peace process in Juba, they are leading the economy and the market through the companies of the army, they are controlling security - we haven't achieved the goals of the revolution and this is why we are protesting again," Alzain said.

Alia Ahmed told MEE, as she protested in Khartoum's Siteen Street: "We are supporting the civilian component of the transitional government … we are supporting Hamdok, but we want him to accelerate the work for the dismantling the old regime and bring the perpetrators of crimes and corruption to the courts soon."

Kisha Abdul Salam, a leading member in the organisation of the families of those killed on 3 June, accused the government of intentionally delaying the results of an investigation into the massacre.

"Unless we bring full civilian rule and reform the legal system we can't achieve the justice for those who killed during the protests," he said.

Meanwhile, in Darfur, thousands staged a sit-in in the city of Nertiti, Adam Osman Alnur, a protester, told MEE.

"Thousands of people have been gathering since Sunday and staged a sit-in in front of the government building in the city. The people here are calling for the same demands like in other cities, but we also want security because the government militias are still attacking the civilians," he said.

"We don't feel that there is any change … We want to see justice for those who killed our relatives … We want Bashir and his assistants in the army and militias to be handed over to the ICC.

"We also want the dismissal of military rule and [those] officials still affiliated to the old regime," he added.

'Demands to be met within two weeks'

Addressing the nation on Monday night, Hamdok pledged to meet the demands of the protesters within the next two weeks.

"We understand the demands of the people and we support the right of the people to protest as they want to see the implementation of the revolution's goals," he said.

"I promised that all [of] the demands of the protesters submitted by the resistance committees and the families of the martyrs would be achieved within the coming two weeks.

"You may all know the sensitive and critical times we are passing and the balance of power that the transitional period based on and the difficulties and challenges we faced from time to time, but we are insisting to go forward with the implementation of the whole tasks of the transitional period," he added.

'We are anticipating some aggressive actions from the enemies of the revolution, so we will adopt some tough measures'

Security forces closed off major roads and streets leading to government and military headquarters in Khartoum ahead of the protests, which fall on the anniversary of the Islamist-backed coup that brought Bashir to power in 1989, toppling Sudan's elected government.

The governor of Khartoum state, Adam Aldai, warned that agents from the old regime were planning to sabotage the protests and divert it into chaos.

"We are anticipating some aggressive actions from the enemies of the revolution, so we will adopt some tough measures and we are confident that the protesters are fully aware of the acts of the 'counter-revolution' forces," he said in a statement.

On Monday, the former ruling party, the National Congress Party, confirmed that its chairman and former foreign minister, Ibrahim Ghandour, had been arrested.

Authorities also announced on Monday the arrest of nine agents from the former ruling party, who had intended to sabotage the protests.

However, the National Congress Party denied the claims, vowing to protest peacefully to bring down Hamdok's government.

"All the Sudanese people see the political discrimination, and that we have been targeted by the transitional government because of our political affiliation, but we will never give up, calling for the bringing down of this government of the corrupt leftists that abandoned the sovereignty of the country and humiliate its people," it said in a statement. 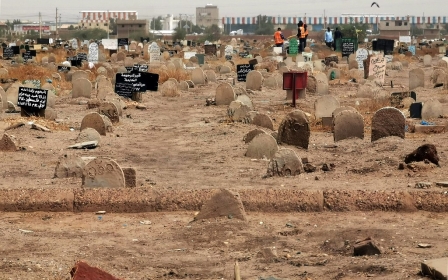 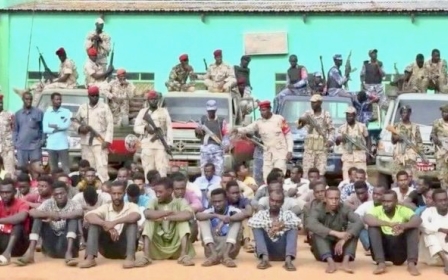 Sudan in Transition
Sudan to take control of all state firms, including those owned by security forces