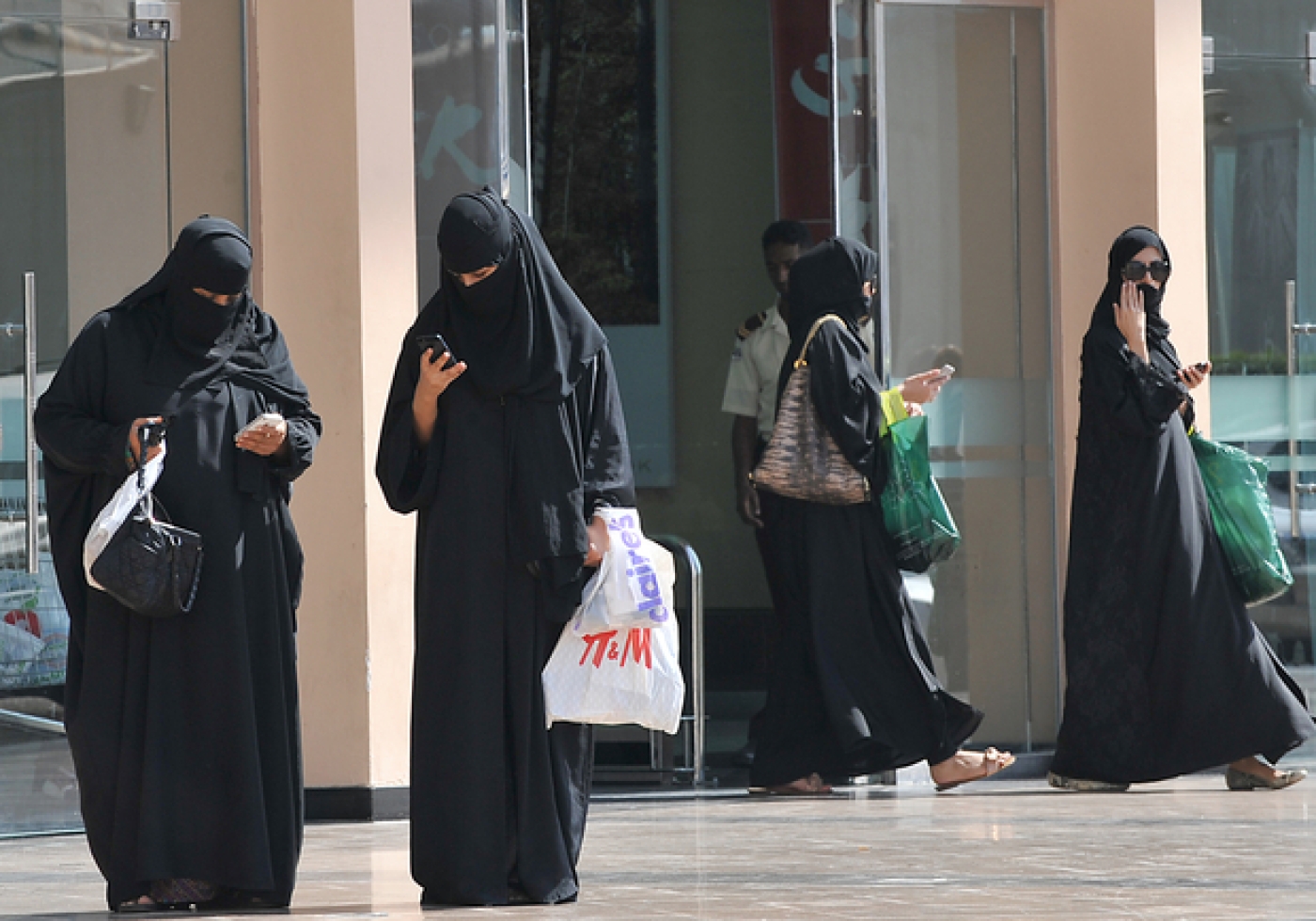 The kingdom has recently relaxed strict social codes for both men and women (File: AFP)
By
MEE staff

Saudi Arabia arrested nine women on Tuesday for breaking public decency laws, days after the kingdom hosted a star-studded music event which was denounced by activists as an attempt by Riyadh to whitewash its human rights record.

State news agency SPA reported that nine women were arrested by police in the capital Riyadh for violating the kingdom's modesty law.

The report did not specify what breaches of the law took place, but the kingdom has strict public decency laws.

The kingdom, relatively closed off for decades, has in recent months relaxed strict social codes, like segregating men and women in public places.

The oil-rich kingdom also loosened its dress code for foreign women in September, when it opened its doors to foreign tourists as it seeks to expand that sector and diversify its economy. Over the weekend, Riyadh played host to one of the world's biggest electronic dance music festivals - MDL Beast.

The event was headlined by David Guetta and Steve Aoki, and reportedly attracted more than 100,000 people.

Despite the perceived positivity, many critics saw the festival as a cynical attempt to improve Saudi Arabia's image amid growing concerns about the kingdom's human rights.

Last year, Saudi Arabia arrested dozens of women's rights activists shortly after it announced that it was granting women the right to drive.

Among the critics was Lina Alhathloul, the sister of women's rights activist Loujain Alhathloul who has been imprisoned by Saudi authorities since May 2018.

"Of course I want my country to open up. Of course I want art and sports to be allowed. But unfortunately these reforms are not institutional and are glitter to whitewash human rights violations, including my sister's unlawful detention and torture," Alhathloul said.

Earlier this year, the kingdom carried out a mass execution of 37 men, the majority of whom had been tortured or had signed coerced confessions in detention and were convicted in unfair trials, rights groups say.

Thirty-two were from the kingdom's Shia minority. Inside Saudi
Celebrities under fire for 'influencer washing' Saudi Arabia