Palestinian Hamas movement has denied links to the far-right group, saying allegations were an attempt to 'discredit the movement' 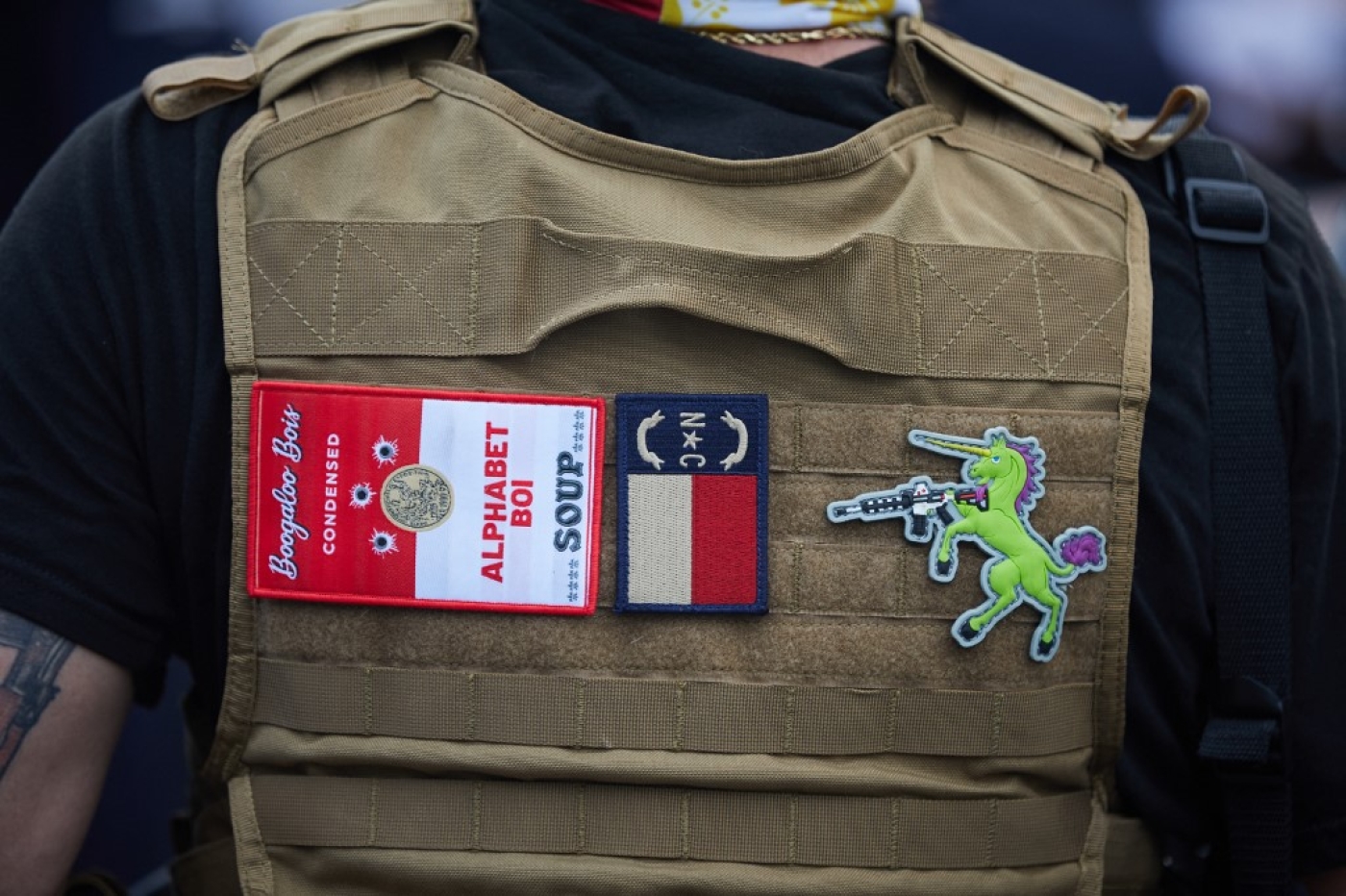 The Boogaloo Bois is a loose-knit movement that shares followers with some neo-Nazi and white supremacist groups, as well as with libertarians and anarchists (AFP)
By
MEE staff
in
Washington

The second member of the far-right "Boogaloo Bois" group has pleaded guilty to creating a plan to work with someone he believed was a member of the Palestinian movement, Hamas.

Michael Solomon, 31, had proposed manufacturing suppressors, or silencers, and firearms for Hamas, a Palestinian political movement designated as a terrorist group by the US in 1995, the US Justice Department said on Tuesday evening. Solomon had proposed the plan alongside Benjamin Ryan Teeter, 22, who pleaded guilty to similar charges in December.

Last summer, Solomon and Teeter delivered a batch of suppressors to an undercover FBI agent whom they believed was a member of Hamas, and later agreed to manufacture additional units, according to the department.

Solomon also admitted that he and Teeter had given the FBI agent a device called an "auto sear", which could convert semi-automatic rifles into fully automatic rifles. Federal authorities first learned from a confidential informant and from audio-recorded conversations that Solomon and Teeter said they "desire to employ themselves as mercenaries" for Hamas, US prosecutors said in a criminal complaint filed in September 2020.

That is when an undercover FBI agent, posing as a senior member of the Hamas movement, met with the two men.

During one meeting, Solomon allegedly told the agent that he and Teeter "would be an asset to Hamas" because they were "two American-born white boys, right?" according to the criminal complaint.

Solomon pleaded guilty to one count of "conspiracy to provide material support to a designated foreign terrorist organization", and currently faces a maximum sentence of 20 years in prison.

Hamas has denied any link to Boogaloo, calling the accusations a "desperate attempt to discredit the movement".

"We, in Hamas, are strongly aware of the oppression suffered by people of colour in America. We express our solidarity with them and hope one day their rights will be acknowledged, as well as our inalienable rights," the group said in a statement.

Boogaloo Bois is a loose-knit movement that shares followers with some neo-Nazi and white supremacist groups, as well as with libertarians and anarchists.

The movement is anti-police and anti-authority and promotes a "boogaloo" - a new civil war to overthrow the government. 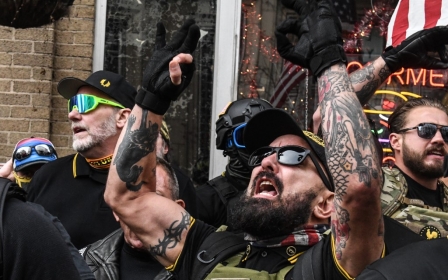 Politics
From the US to Singapore, far-right ideologies are spreading
Ilyas Mohammed