Sudan's Omar al-Bashir to be handed over to ICC Former Sudanese President Omar al-Bashir and others wanted by the International Criminal Court (ICC) are to be handed over to the Hague, where he is wanted on charges of genocide and war crimes.

Hassan al-Taaishi, a member of Sudan's ruling Sovereign Council, said on Tuesday that an agreement had been made in Juba with Darfuri rebels that will see all those wanted for war crimes handed to the ICC.

"Those who have been indicted by the ICC, they have to go there," said Taaishi.

Bashir, who was ousted by anti-government protests in April 2019, was sentenced to two years in detention after being found guilty of corruption and receiving illegal gifts by a Sudanese court in December. He has since been held in a prison in Khartoum.

Bashir is primarily wanted over actions taken during the conflict in Darfur. The UN has said the conflict left at least 300,000 people dead and displaced 2.5 million others.

Taashai's remarks came as a government delegation met with rebel groups in the South Sudanese capital of Juba. He said there had already been several mechanisms agreed for achieving peace in the region.

"First, all those who have been indicted by ICC should appear before the ICC," he said. "Second, a special court be set up to investigate crimes committed in Darfur."

Besides Bashir, other government officials such as former minister Abdul Rahim Mohamed Hussein, governor of South Kordofan state Ahmed Haroun and militia leader Ali Koushib were indicted by the ICC.

People displaced by the conflict in North Darfur state reacted to the news by saying they are preparing for what they described as “a victory of justice”.

For its part, the former ruling party and supporters of Bashir have warned of serious consequences, describing the former president's surrender as an international deal.

Youth coordinator of Darfur's Abushok displacement camp, Osman Adam Khamis, said the decision is a moment of victory for justice in Sudan after years of oppression, crimes and impunity.

“We want to see the implementation of this decision very soon,” he told Middle East Eye by phone.

“We wouldn’t believe it until we see him flown to the Hague and stood behind bars.”

Adam Osman, from the Zamzam camp, noted that this announcement is only a first step.

“The displaced from the entire Darfur region are now preparing for million-man marches to support this decision, because we know that the supporters of Bashir and others may try to obstruct this because they don’t like justice and peace," he said.

Mohamed Ali, one of Bashir's defence lawyers, told MEE that they would confront the decision by all the legal and political means available.

“So far we believe that this government is not serious, but if they try to implement it that means they are playing with the fire," he said.

Ali noted that Sudan is not a signatory of the Rome Statute, and therefore the ICC has no jurisdiction over the country. Bashir's lawyers intend to use this to appeal through the Sudanese courts.

“Our marches and demonstration against this decision and against the transitional period will continue until we bring it down, because it doesn’t represent the revolution of the Sudanese youth,” he said.

Ali further accused the transitional government of making a secret deal with the international community by surrendering Bashir to the ICC in return of lifting the sanctions and maybe relieving foreign debt.

He pointed to the recent meeting of Soveriegn Council head General Abdel Fattah al-Burhan as evidence that Sudan's transitional rulers are keen to placate world powers in return for support.

“You see that this government has joined its hands with the Zionist regime of Israel and that is clear treason. So it’s not only about Bashir, but it’s about the dignity and national values of the Sudanese people,” he argued.

However, legal and human rights expert Majid Maali said Sudan had every right to cooperate with the ICC, despite not being a signatory of the Rome Statute.

He said its commitments as a member of the United Nations paved the way for cooperation with the Hague, and any arrest warrent issued in Sudan should be acceptable in all UN member states.

“Sudan is a part of the UN, so it’s perfectly legal to cooperate with the ICC," he told MEE. 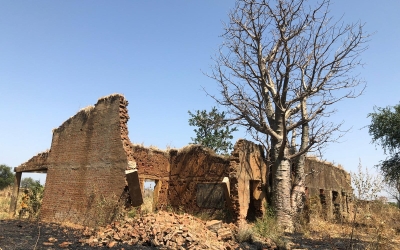 In Sudan's Blue Nile state, cautious hopes of peace amid the ruins of war
Read More »

"I believe this is the correct decision, rather than the position Sudan has taken before which rejected cooperation with the court."

For its part, the Darfur Bar Association, a Sudanese lawyers’ organization, has welcomed the decision, asking the government to begin a full engagement with the ICC in order to hand over Bashir and others accused of war crimes.

In a statement, it urged the government to reach an agreement with the ICC that would see Bashir returned to Sudan from the Hague so he can be tried also for his alleged part in crimes during the 1989 military coup that placed him in power.

In a video distributed by the Sovereign Council, Taashi said that the surrender of suspects indicted by the ICC is essential for transitional justice and the peace in large.

“We agreed in the Darfur track of the peace talks that anyone indicted by the ICC should appear in front of the court,” he emphasised. Diplomacy
Why did Sudanese general Burhan agree to meet with Netanyahu? 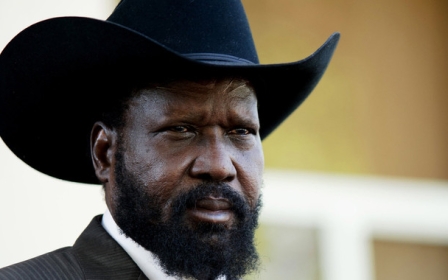