Twenty-year-old committed suicide after being turned down for job, sparking protests and online calls for end to marginalisation of Bidoon people 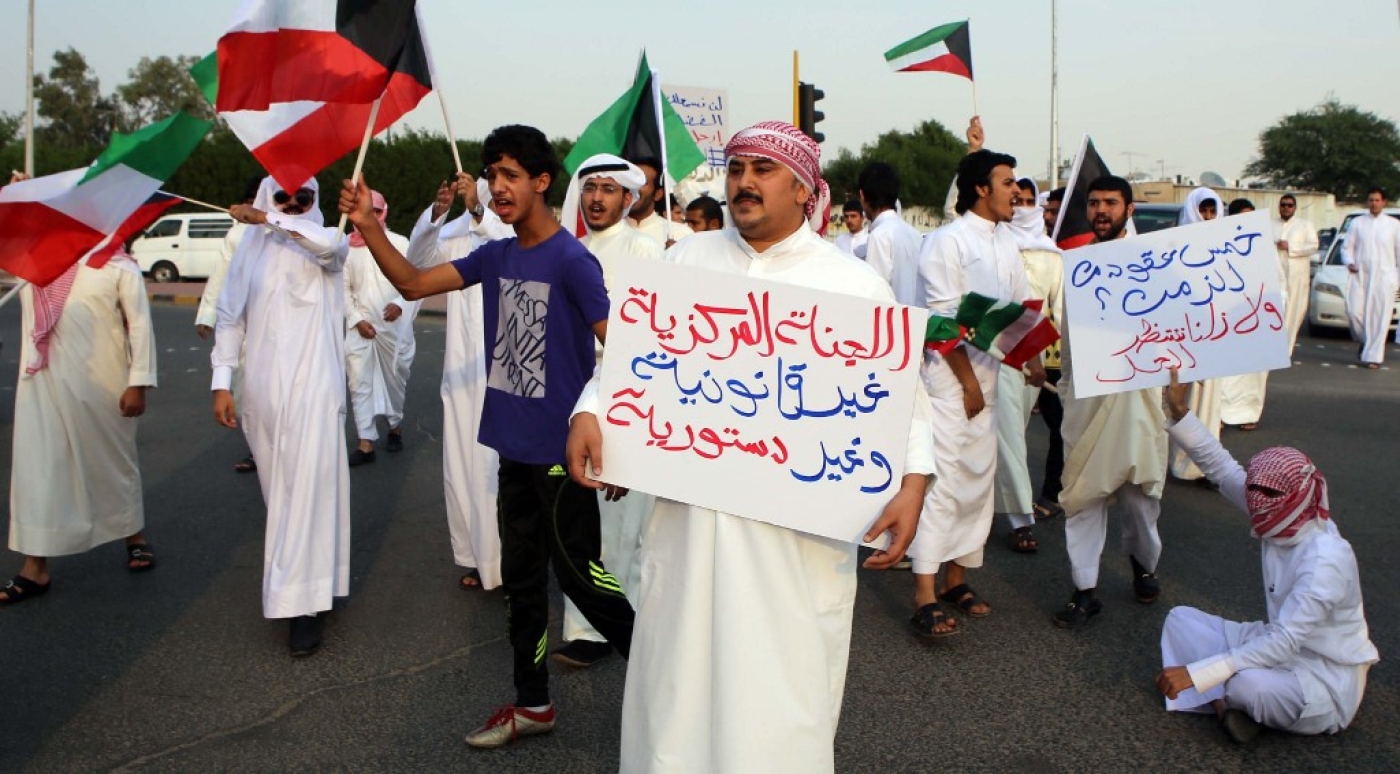 Hundreds of bidoons staged rallies in 2013 demanding access to education, health care and other services, but security forces cracked down on them (AFP)
By
MEE staff

The suicide of a 20-year-old man from Kuwait's stateless population on Sunday has brought to the fore the decades-long plight of the "bidoon" community, as activists called for protests to end government-imposed restrictions on the minority's rights.

Ayed Hamad Med'ath was found hanging by a rope in his shack in Kuwait's al-Jahraa governorate after he was denied a job for not holding a security card, family members and social media users reported.

According to Med'ath's older brother, Mohamed, frustrations over limitations created by his bidoon status was too much for the young man to bear.

Translation: Firstly, please pray for him. "We are to Allah and to Him we return". This is my 20-year-old brother. Before committing suicide he'd ask me: Why are we like that? Why are you 30 years old and without a job and single? I'd reply that God will help us, that we're trying [to change things], that we're among 250,000 people and that we should be patient.

Sympathisers commented that Med'ath's financial, political and social struggles that led to his suicide encapsulate the hardships faced by thousands of Kuwait's stateless population, whose deprivation of citizenship has earned them the name "bidoon", which is Arabic for "without" and short for "without a nationality".

Ayed's burial on Monday afternoon witnessed a large turnout, with social media users posting clips of a crowd walking behind his corpse that was carried on a stretcher by mourners.

The burial was delayed, family members and activists said, as the authorities refused to immediately release the body and complete the paperwork.

Kuwait's stateless population, officially referred to as illegal residents, emerged in post-independent Kuwait when tribes residing within the undefined borders of the nascent state fell through the cracks of several nationality laws adopted since the 1960s.

Since then, their numbers have multiplied, and so have restrictions on their rights. The government argues that many of those seeking Kuwaiti nationality are citizens of other countries trying to benefit from the state's generous cradle-to-grave welfare benefits offered to nationals.

Naturalising this community would also tilt the demography in favour of Kuwait's tribal population, which has, in recent years, constituted the state's staunchest opposition, and produced the fiercest parliaments in the Arabian Gulf's most democratic country.

This has left thousands of bidoons struggling to attain legal documents to work, marry and travel as well as restricting their access to education, health care and other social services.

Translation: Extremely shocking is the process for a bidoon to marry. They are forced to falsely confess to committing adultery publicly and report it [to the police] while they're innocent. The woman's father is compelled to accept that she be documented as committing adultery because this is the only way to marry!!

Mohamed said Aayed briefly disappeared before his death after his car broke down on his way to get spare parts and was unable to get help on the road.

Translation: When I called my brother and begged him to come home, I had never heard him cry of oppression the way he did yesterday, and this is what has shattered me till today and made me give up on life.

Dozens of men gathered on Sunday to show solidarity for the bidoon population, amidst calls for wider protests to mount pressure on the government to correct their status.

Bidoon activist Abdel-Hakim al-Fadhli, who has called on bidoons to unite and resist the injustice, said he'll be standing every day in the al-Horreya area, northwest of Kuwait City, until his calls are heard.

"They will kill you a thousand times every day. I have left everything behind and will be present until I see you in large numbers in your square. Respect your history and struggle. Step forward and don't fear them," al-Fadhli said in a tweet he posted on Sunday, saying he's 42 years old, without a wife or a child, and insisting he "don't have the intention to die beneath the feet of racists".

Translation: Hold onto what remains of your humanity. Without introductions, or planning or begging the masses to express rejection of injustice. Dear brothers, they will reach you one by one, kill you one by one, slowly.

Rallies staged by hundreds of bidoons in the wake of the Arab Spring were violently put down by security forces, leading to injuries and many arrests.

Since then, the country has upped constraints on this community. In 2014, it was reported that Kuwait attempted to offer the bidoons citizenship to the Comoros Islands; and in 2015, the state halted the issuance of travel documents to bidoons after several were found to be involved in a mosque bombing in Kuwait City that killed 27 people in the same year. 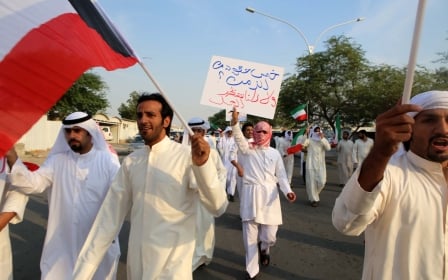 Human Rights
Kuwait's stateless offered nationality not their own 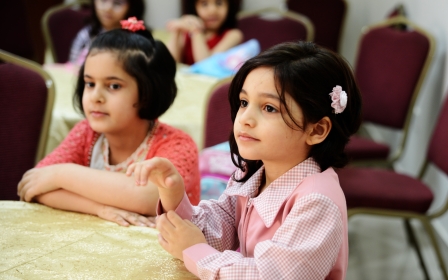 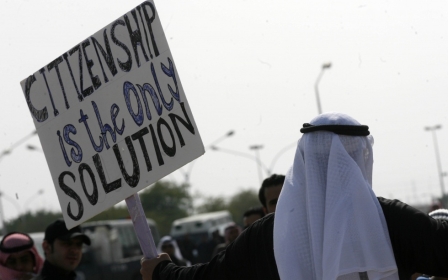