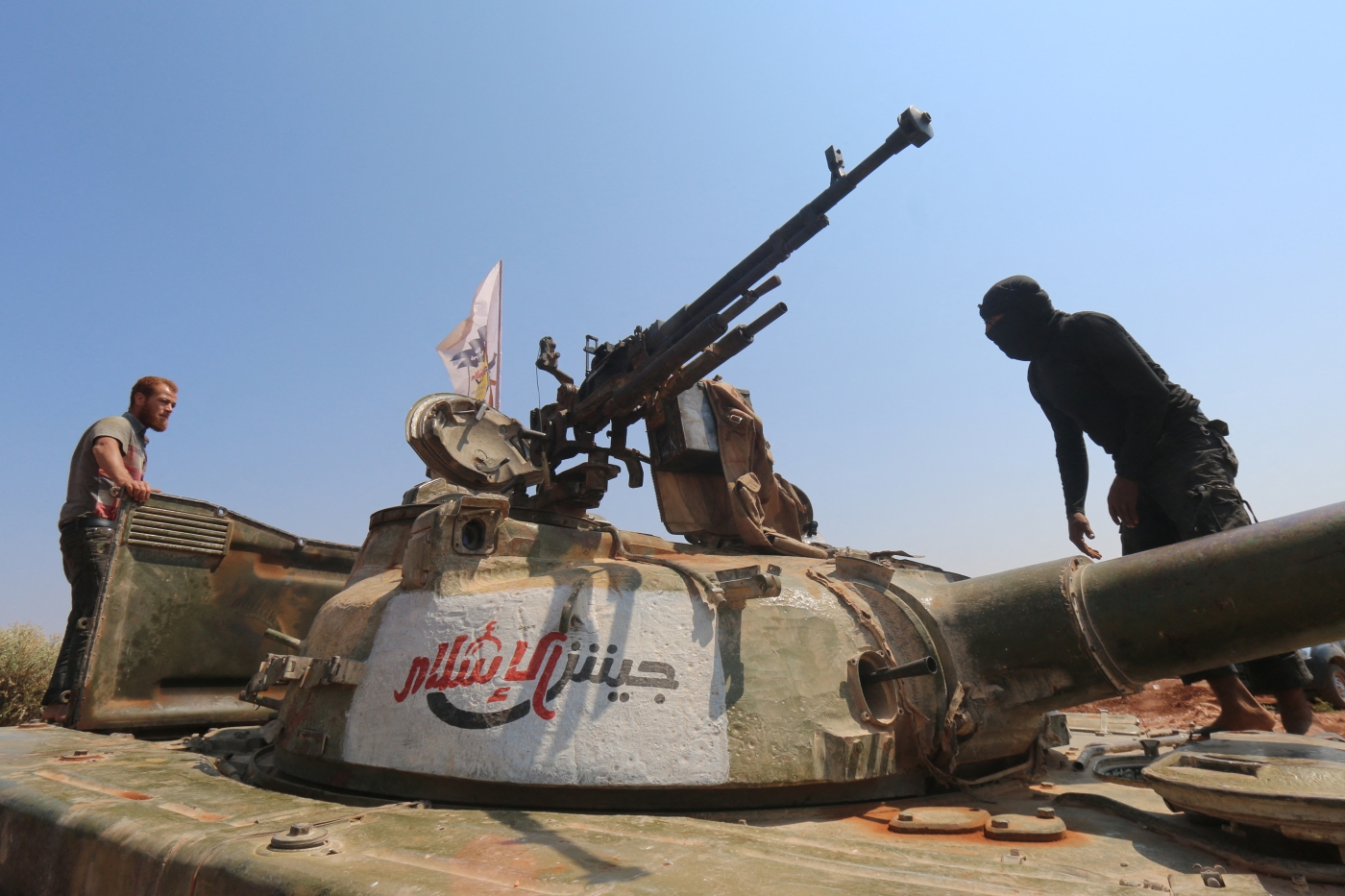 Rebel forces from Jaish al-Islam (Army of Islam) stand on a tank on 24 August 2015 near the frontline in the al-Zahra area, on the outskirts of Aleppo (AFP)
By
Alex MacDonald
, Harun al-Aswad

Syrians have welcomed a decision by a court in France to dimiss attempts by a leading Syrian opposition figure to have war crimes and torture charges against him thrown out, paving the way for his prosecution.

Islam Alloush's organisation, Jaish al-Islam, a group largely based in the Damascus suburb of eastern Ghouta, is suspected of involvement in the disappearance of a number of campaigners, including Syrian human rights activist Razan Zaitouneh, her husband Wael Hamada, and two colleagues, Samira Khalil and Nazem Hammadi - often collectively referred to as the Douma Four, after the city in Ghouta they were based in.

Islam Alloush, who was first arrested in in Marseille in January 2020, was a spokesperson for the Syrian rebel group which mainly received funding from Saudi Arabia after officially forming in 2013.

'All parties must be held accountable, including the opposition. The humanitarian position does not require being biased'

On Monday, the Investigating Chamber of the Paris Court of Appeal threw out claims by Alloush's defence team that the French authorities had no jurisdiction over the Syrian, whose real name is believed to be Majdi Mustafa Nameh, reversing a previous decision by the Court of Cassation which ruled against universal jurisdiction applying to him.

If further appeals fail, Alloush could become the first member of the Syrian opposition to end up on trial for war crimes.

The International Federation for Human Rights (FIDH), Syrian Centre for Media and Freedom of Expression (SCM) and the Ligue des Droits de l’Homme (LDH) first filed a complaint against Jaish al-Islam on 26 June 2019.

"The investigating chamber followed the prosecutor's office's request and our position as civil parties in confirming the jurisdiction of the French courts in this case," said Marc Bailly, Patrick Baudouin and Clemence Bectarte, lawyers for the civil parties, in a statement.

"We hope that this decision will serve as a reminder of the importance of the role of universal jurisdiction in the fight against impunity for the most serious crimes."

After their initial formation, Jaish al-Islam advocated the creation of an Islamic state in Syria and their rule of Eastern Ghouta was marked by human rights abuses, suppression of opposition and torture.

The group's founder, Zahran Alloush, was also known for engaging in sectarian rhetoric against religious minorities, particularly the Alawite sect to which Syrian President Bashar al-Assad belongs, although he later moderated his language.

Zahran Alloush was killed by government forces in 2015, and the group lost control of Eastern Ghouta in 2018.

Osama Nassar, an activist and journalist originally from Douma, welcomed the news from the French court.

"I still demand the truth about my friends whom were kidnapped by Jaish al-Islam...justice seems something hard to reach with all of the crimes throughout the years and, besides that, Islam Alloush is one of many others," he told Middle East Eye.

"However, it is important to bring such abusers to courts or, let's say, to 'justice' as a tiny step towards revealing the truth."

He added that there was also potentially a more direct impact from the court case, as he pointed out Jaish al-Islam were still active in the north of Syria and were engaged in the "same old behaviour of terrifying people, especially those who might be witnesses of its violations".

"So, maybe such a development would make them think again before they commit their next crime," he explained.

The group's member are now part of the Turkey-backed Syrian National Army, which controls much of northern Syria.

Another Syrian activist, now based in the north of the country, said he was arrested in 2016 along with a number of friends for criticising the group on Facebook.

"They tortured us for days," he said, speaking anonymously.

“Not only Islam Alloush, the entire Security and Media Office of the Jaish al-Islam must be prosecuted, because they have contributed to widespread violations against civilians.”

A friend of Zaitouneh from Douma, who spent eight years in a government prison, also told MEE that he welcomed the ruling on Alloush.

"He is part of this gang that has committed many murders," said Tarek, not his real name, who left Syria in 2020 after being released from prison.

"Of course he should be held accountable." Maimouna al-Ammar, another friend of the Douma Four and a campaigner with Families For Freedom - an organisation that deals with the disappeared in Syria - said although it was an "important step" there needed to be accountability on a much larger scale.

"True justice for Syrians can only be achieved by the UN Security Council referring the situation in Syria to the International Criminal Court to allow for senior officials within the Syrian regime and other perpetrators to be prosecuted for war crimes," she told MEE.

"We will not give up our struggle to see this happen."

The war has killed more than 500,000 people and driven millions from the country, while there have been multiple accusations of human rights abuses on all sides of the conflict, which eventually drew in militant groups, Kurdish separatists, foreign volunteers, Russia and Turkey among others.

In January, a former senior Syrian government security official was sentenced to life in prison in Germany, accused of overseeing dozens of murders at an interrogation facility near the beginning of the war.

Despite having spent so many years suffering at the hands of the Assad government, Tarek said that there should be no distinction made when it came to prosecuting those suspected of war crimes in Syria.

"All parties must be held accountable, including the opposition," he said. "The humanitarian position does not require being biased." 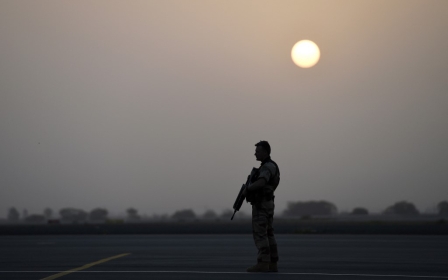 France
How will the French pullout from Mali affect security in the Sahel?
Julien Durand de Sanctis 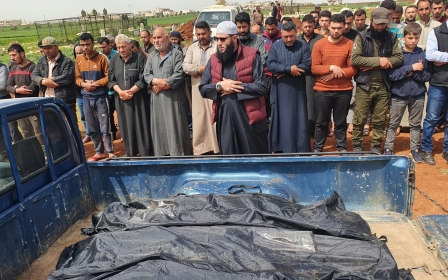 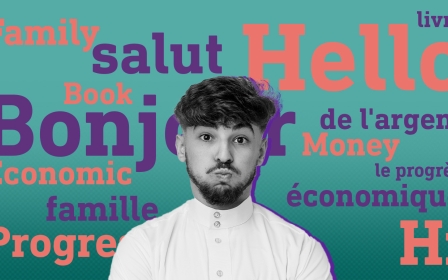 Culture
French or English? The burning question of language in the Maghreb
Khalid Hajji