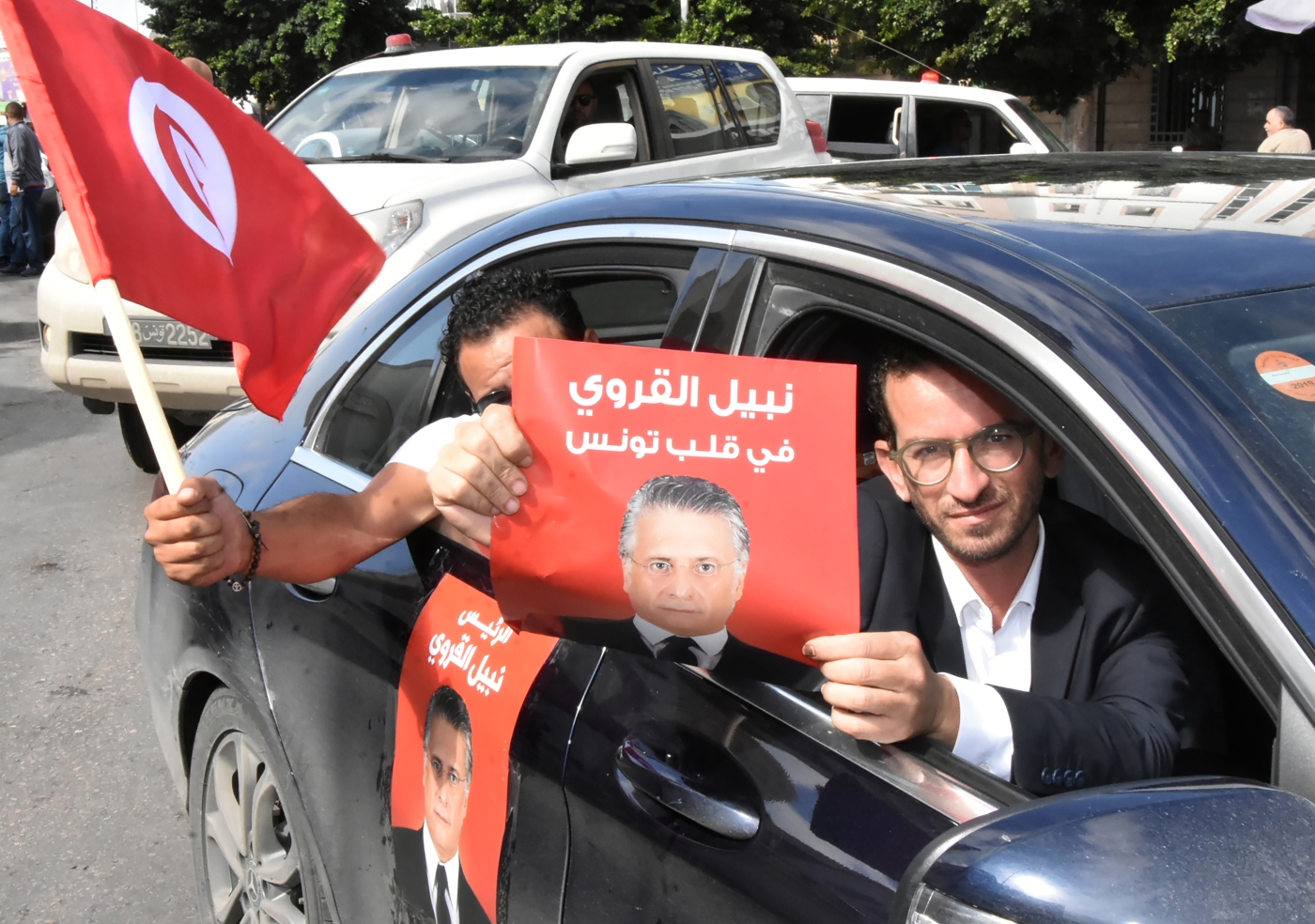 Supporters of Tunisian presidential candidate Nabil Karoui campaign for him on 9 October, 2019 in Gabes (AFP)
By
MEE and agencies

A Tunisian court has freed presidential candidate Nabil Karoui from prison, according to his legal team.

The media mogul has been freed just days before Sunday's second-round runoff election.

"The Court of Cassation has annulled the detention order" against Karoui, Ben Messoud told AFP, adding that his client would walk free from Mornaguia prison near the capital Tunis later Wednesday.

Karoui was detained in August before the first round of the election and has spent the entire campaign period in prison pending a verdict in his trial for money laundering and tax evasion, which he denies.

The tycoon is running against conservative law professor Kais Saied, who announced last Saturday that he would stop his campaign to keep a level playing field with his adversary.

Polling stations will open to the seven-million Tunisian electorate for the third time in a month on Sunday for the presidential run-off.

Karoui and Saied are both political outsiders who campaigned on anti-establishment platforms.